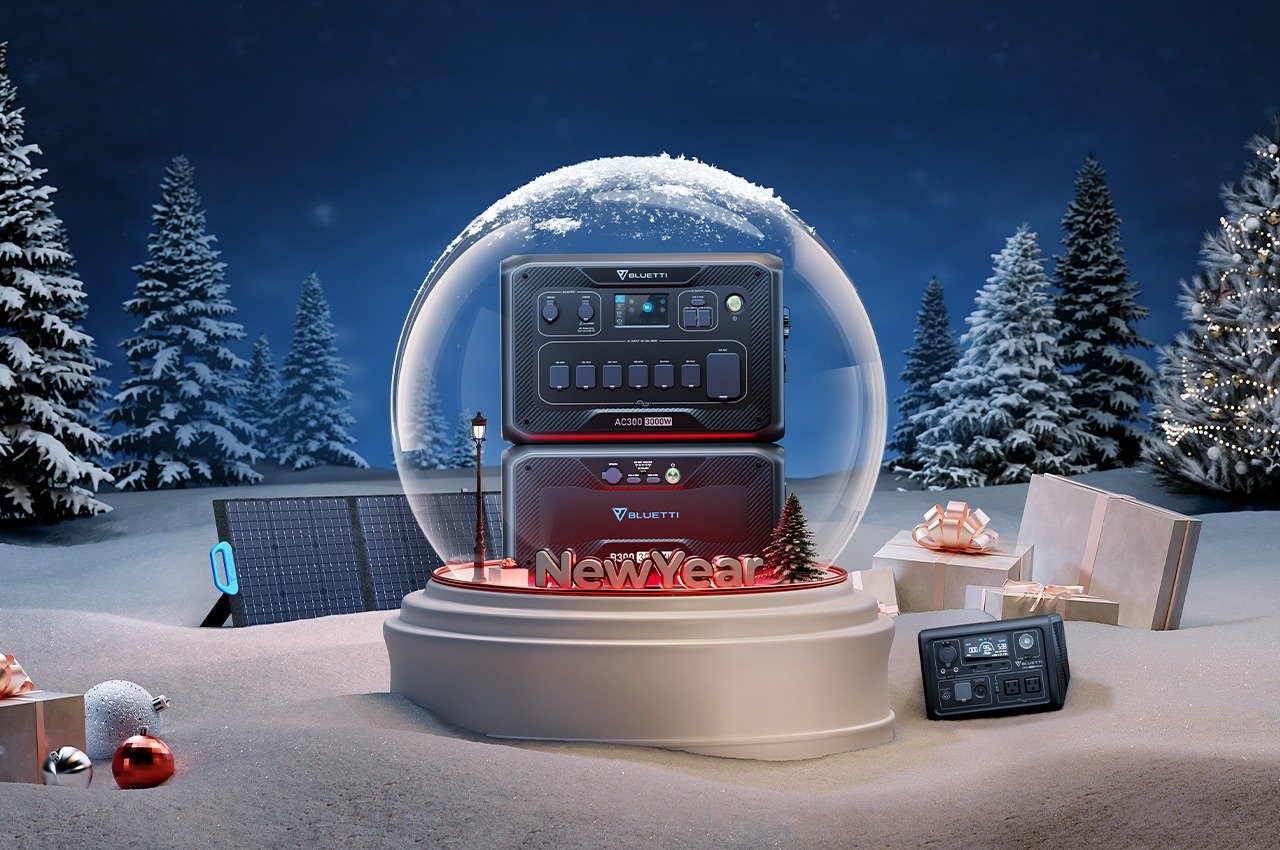 Not only do BLUETTI’s products make going green easier, their new-year discounts let you switch to a solar-powered grid without burning a hole through your pocket. As the new year rolls in, BLUETTI is throwing its own party from January 10th to 25th, titled “The Sun Shines Wherever You Go”. The themed bash coincides with the launch of the company’s latest range of modular solar panels – the PV420 and PV68, along with the announcement of the “BLUETTI Heroes” initiative.

Since its founding, BLUETTI’s strived to provide its users with the best, most reliable experience possible. It’s a company ethos that’s deeply rooted in developing a community and listening to it – which is why BLUETTI also developed the “BLUETTI Heroes” initiative. The initiative, which is open to everyone, calls for 15 participants and BLUETTI users to share their stories on the BLUETTI YouTube page about how they’ve integrated the company’s innovative products into their lives. The chosen applicants will get to pick any BLUETTI products priced at $1000 as a gift. “So far, the event has seen four heroes showcase their unique lifestyles on BLUETTI’s youtube account”, the company mentions. Their renewed Heroes initiative is looking for more amazing stories of adventurers who use the portable power generators on trips, or citizens who have reclaimed their energy independence by easily switching to a more reliable backup system that’s also powered by solar energy. 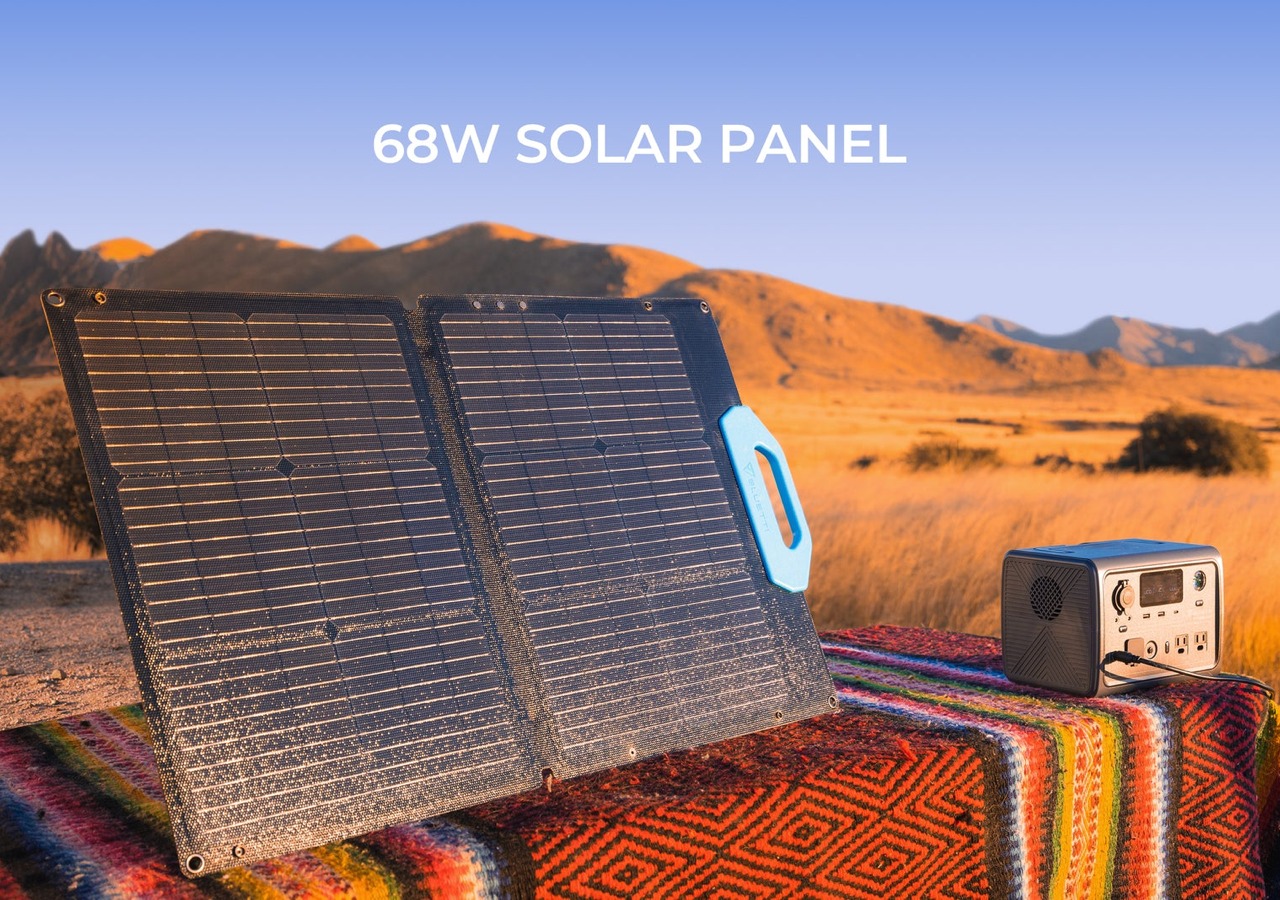 Additionally, BLUETTI is also using this time to debut their latest solar panels – the PV68 and PV420. The PV68 is the lighter one of the lot, with a weight of a mere 3.4 kg (7.5 lbs) and a power output of 68W. For people looking for more power, the PV420, as its name suggests, generates a stunning 420W of power, while weighing significantly more, at 14 kg (30.8lbs). Both panels are made from monocrystalline silicon and coated with ETFE to ensure a 23.4% conversion efficiency and longer life and are also designed to be modular as well as portable, letting you carry them outdoors, and daisy-chain multiple panels to power larger houses/campsites. The panels are on sale till January 25th, and can even be bought as discounted bundles along with their compatible power generators. 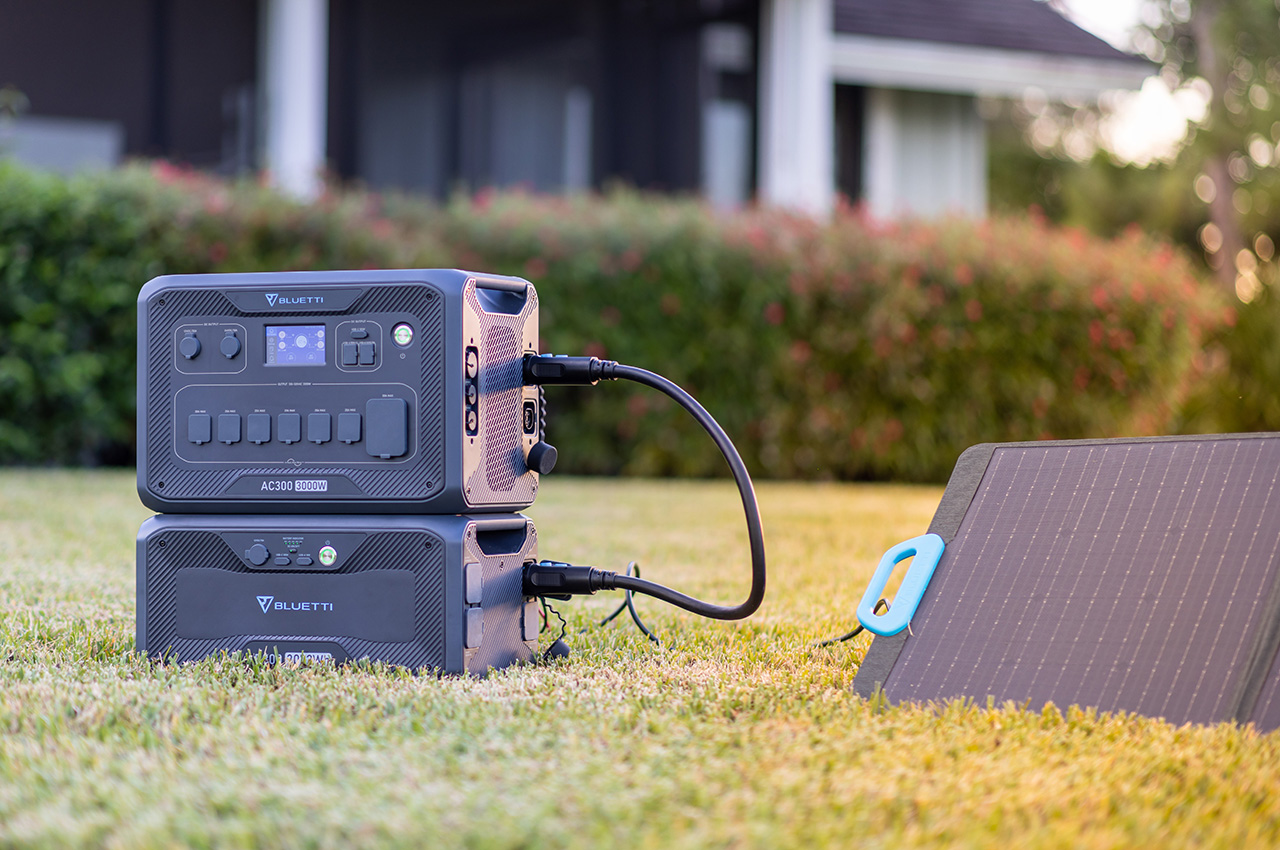 The new year also sees big savings on BLUETTI’s more popular models, like the AC300 generator + B300 battery combo, which was launched as the company’s first modular power setup. It has the ability to not just add more batteries (up to 4) to the mix but even hook two AC300 stations together to double their output. Each B300 battery module comes with a capacity of 3072Wh, while the AC300’s built-in 3000W AC pure sine wave inverter with 16 outlets lets you power your entire house, campsite, or backyard party absolutely uninterrupted. Got a larger house? Add extra battery packs to let you last for days during an outage! Got large appliances that consume more power? Connect two AC300s to push your output capacity to 6000W so you don’t have to choose between running the TV and the microwave. Want to go big but also go green? The AC300 + B300 also has support for solar panels! You can save nearly $1200 on the AC300 bundles, which include either two B300 battery packs, or one B300 battery and two PV420 panels for those looking to make the quick switch to solar energy! The AC200 Max is an upgraded version of the company’s popular AC200P, and offers expandability via extra battery modules, supporting BLUETTI’s B230 and B300 battery packs. Even without the extra modules, the generator itself has 2,048Wh of power. It also has 14 outlets and two wireless charging pads (for your phones, TWS earbuds, and the like), and can provide 2,200W of power. It can be powered in seven ways – using a 500W adapter, 900W solar panel, a lead acid battery, your car, or combined dual charging like 1400W AC and solar input. If this sounds perfect for you, you’re in luck, because BLUETTI is offering a nearly $600 discount on their AC200MAX generator + B300 battery bundle, as well as their AC200MAX generator + PV200 solar panel (3 panels included) bundle. 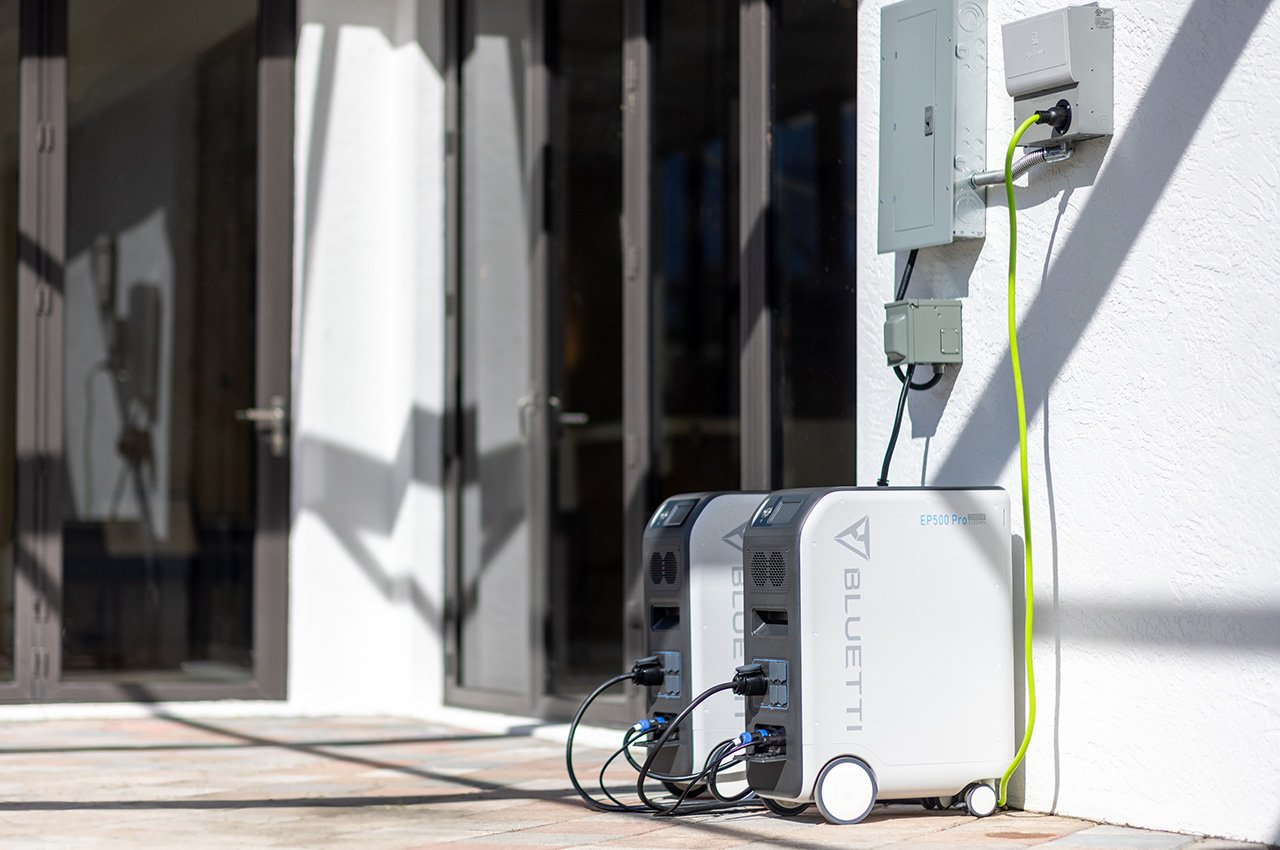 The EP500 is the largest of the lot, and isn’t really designed to be lugged around in the back of a pickup truck to the great outdoors. Designed instead with a focus on powering homes during outages (especially in emergencies), the EP500 is an all-in-one solution that has its own built-in 5,100Wh battery powered by a 2,000W inverter. Hook it to a solar panel and it works perfectly as an off-grid solution for cabins, RVs, camper trailers, and even boats. Four wheels on the bottom help you move the EP500 around with ease, and a wide range of outlets helps you keep all your appliances juiced and running. The EP500 also supports 24/7 UPS to protect essential loads from outages and split-phase bonding to provide 240V power for high-powered devices. You can grab it solo and save $1000 or get the EP500 bundle with 2 PV200 solar panels and save $1296!