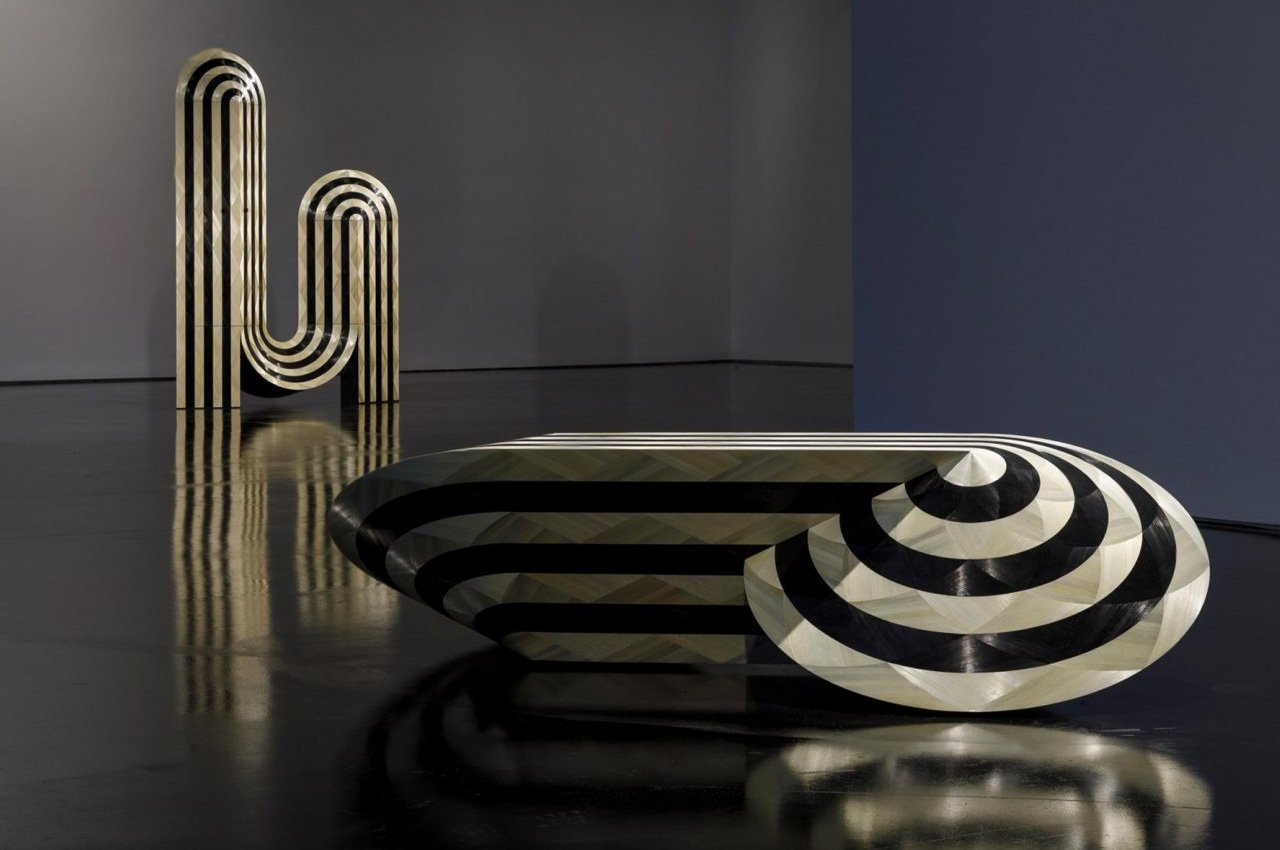 French marquetry artist Arthur Seigneur and Australian industrial designer Adam Goodrum have been working together since 2015, under the title ‘Adam and Arthur’. One of their latest creation is The Mother and Child Cabinet – a beautiful monochromatic cabinet that creates a subtle silhouette of a mother next to her child. 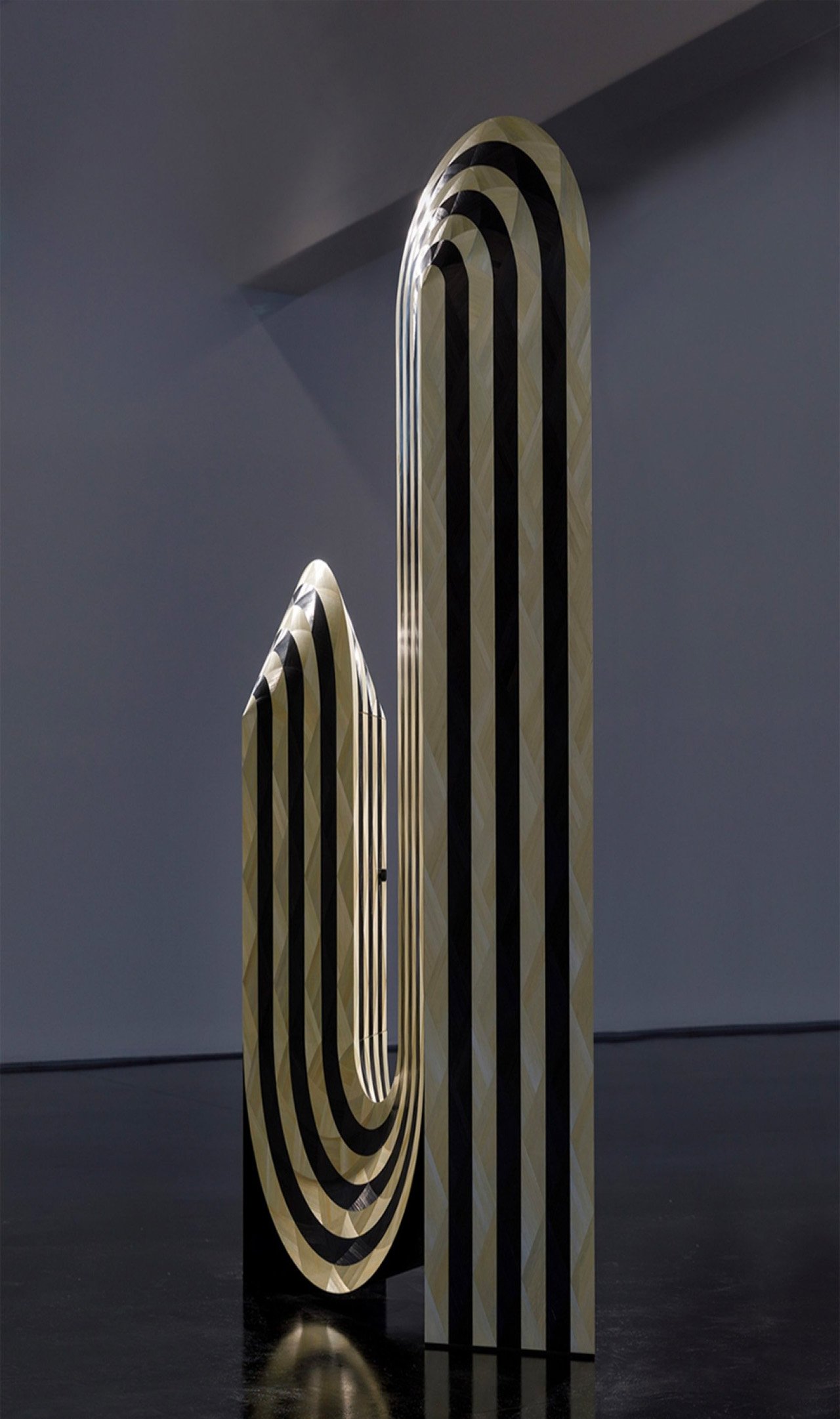 The two-meter-tall cabinet has been embellished with ‘straw marquetry’ – a craft technique quite similar to wood marquetry, which basically involves creating patterns out of flattened ribbons of straw and embedding the patterns into furniture. For the Mother and Child Cabinet, 16,000 pieces of white straw were embedded into the cabinet, to provide it with a stunning sheen and glow, which is intersected by sophisticated black bands. The black bands have also been created from straw, and were later dyed black. 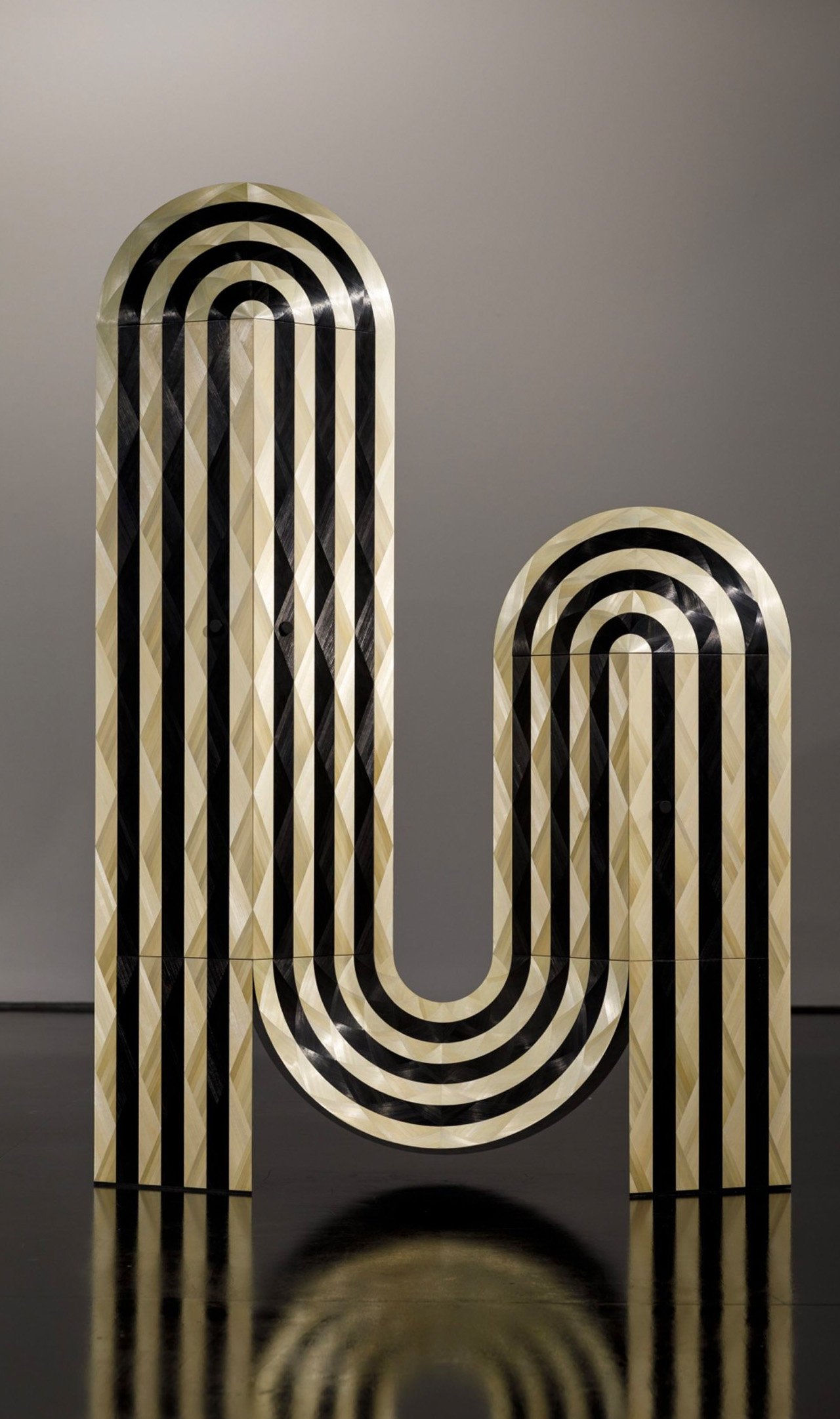 The cabinet also features two unique humps which mimic a mother and her child. The mother-child duo is a theme that has been witnessed quite frequently in paintings and sculptures through the years. Once the cabinet is opened, the interiors reveal semi-circular detailing which instantly reminds you of the head and shoulders of a mother and her small child. 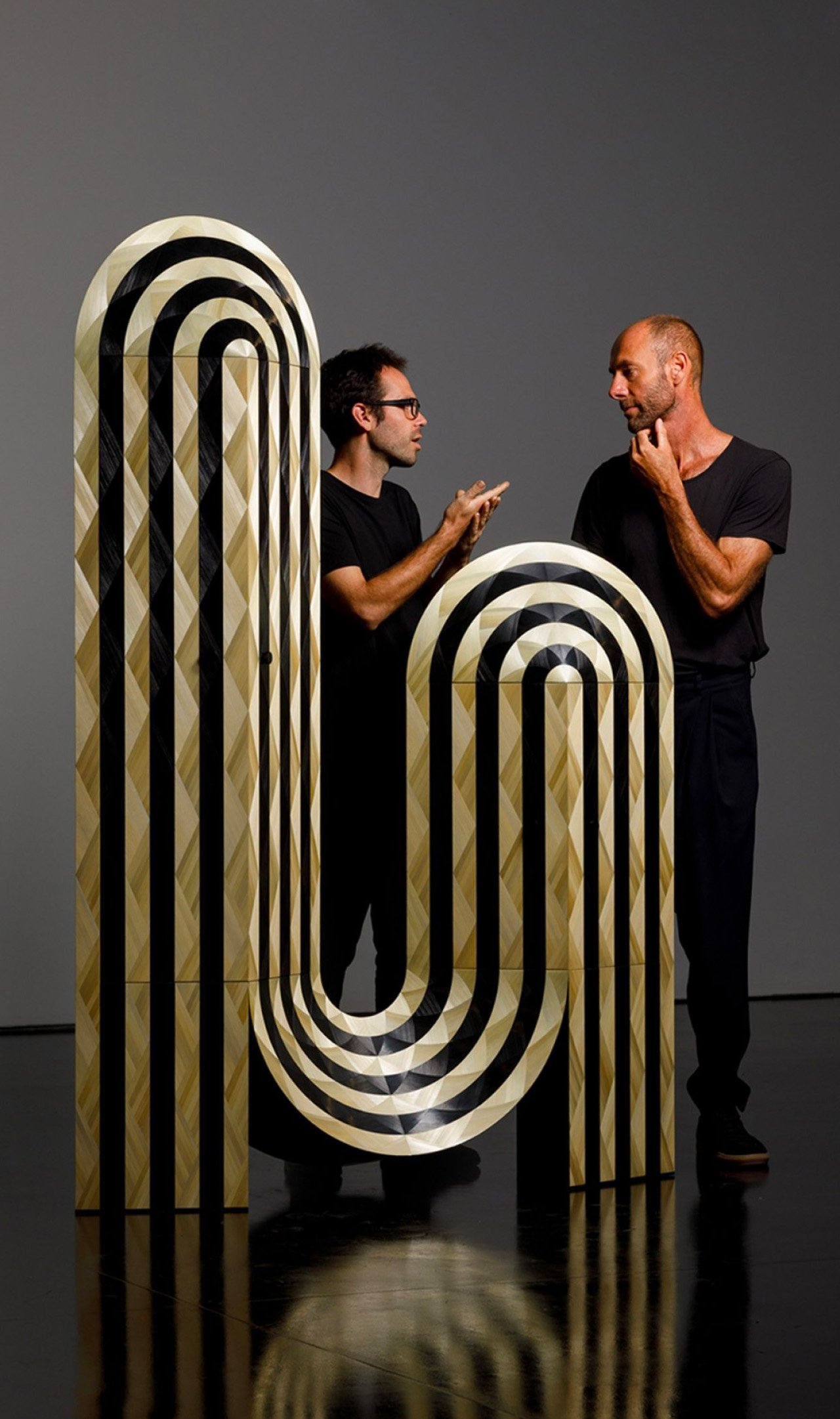 “The way straw is inlaid in marquetry transforms its curled stalks into an iridescent substrate, creating the opportunity to realize astonishing results. It is a natural veneer that plays with light, allowing an endless possibility of pattern and color,” said the designers.

Adam and Arthur chose straw as their material of choice, since it is sustainable, ecological, and also grows quickly! Although transforming the straw into marquetry was a difficult process, and quite technically challenging, the end result is quite unique, elegant, and contemporary. 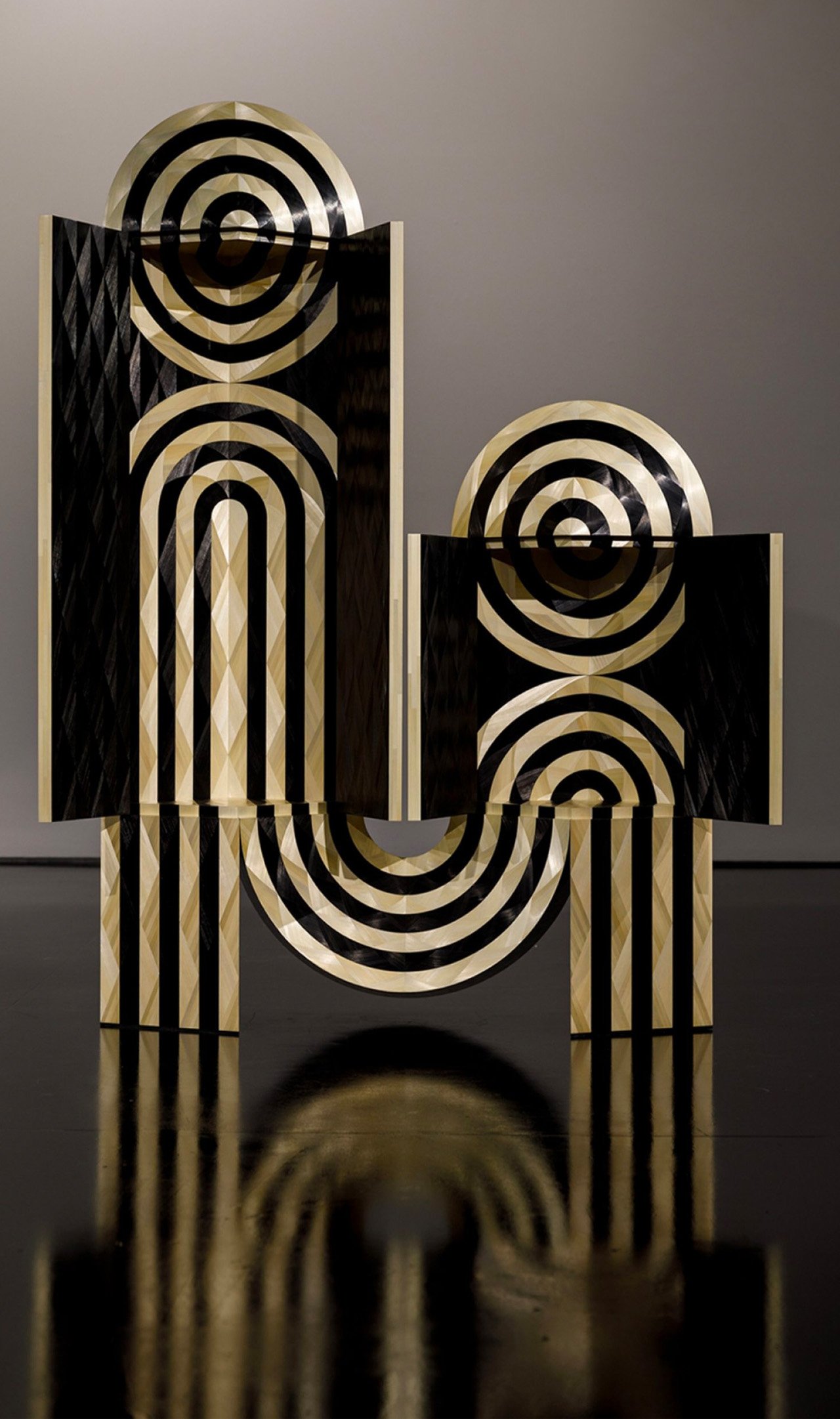