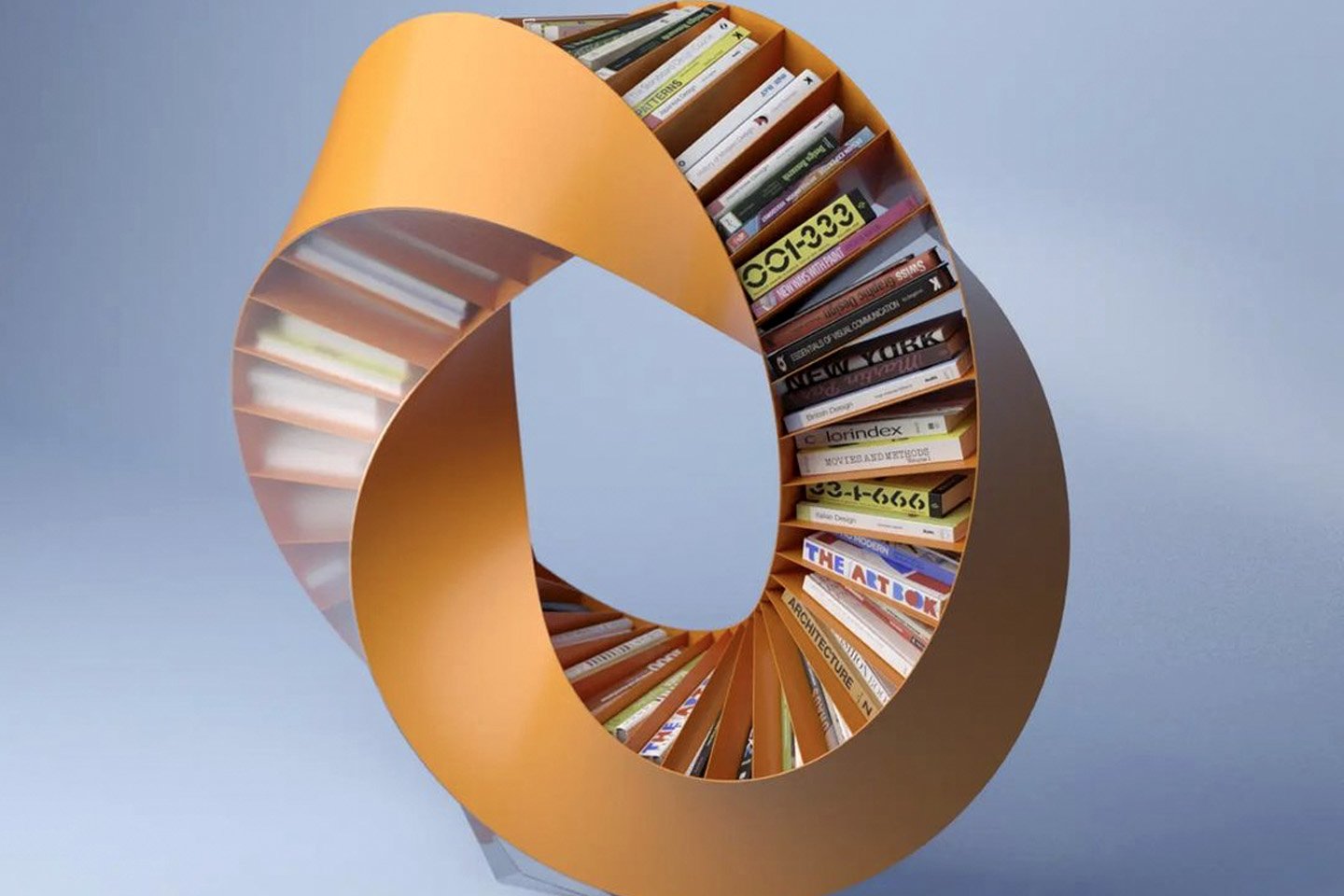 A bookshelf is an excellent way to enhance a space, however, it can be a rather straightforward and boring one too. Bookshelves when imagined and designed as part of a room aren’t given much importance or imparted with any exceptional qualities. At first glance, a bookshelf’s main function is to organize and declutter your space and provide a pleasant backdrop for your room. But what if you were to re-imagine this furniture piece, transforming it into an avant-garde style statement, rather than just a bunch of wooden shelves attached to a wall? Well, that’s exactly what Deniz Aktay did with Hullabaloo. 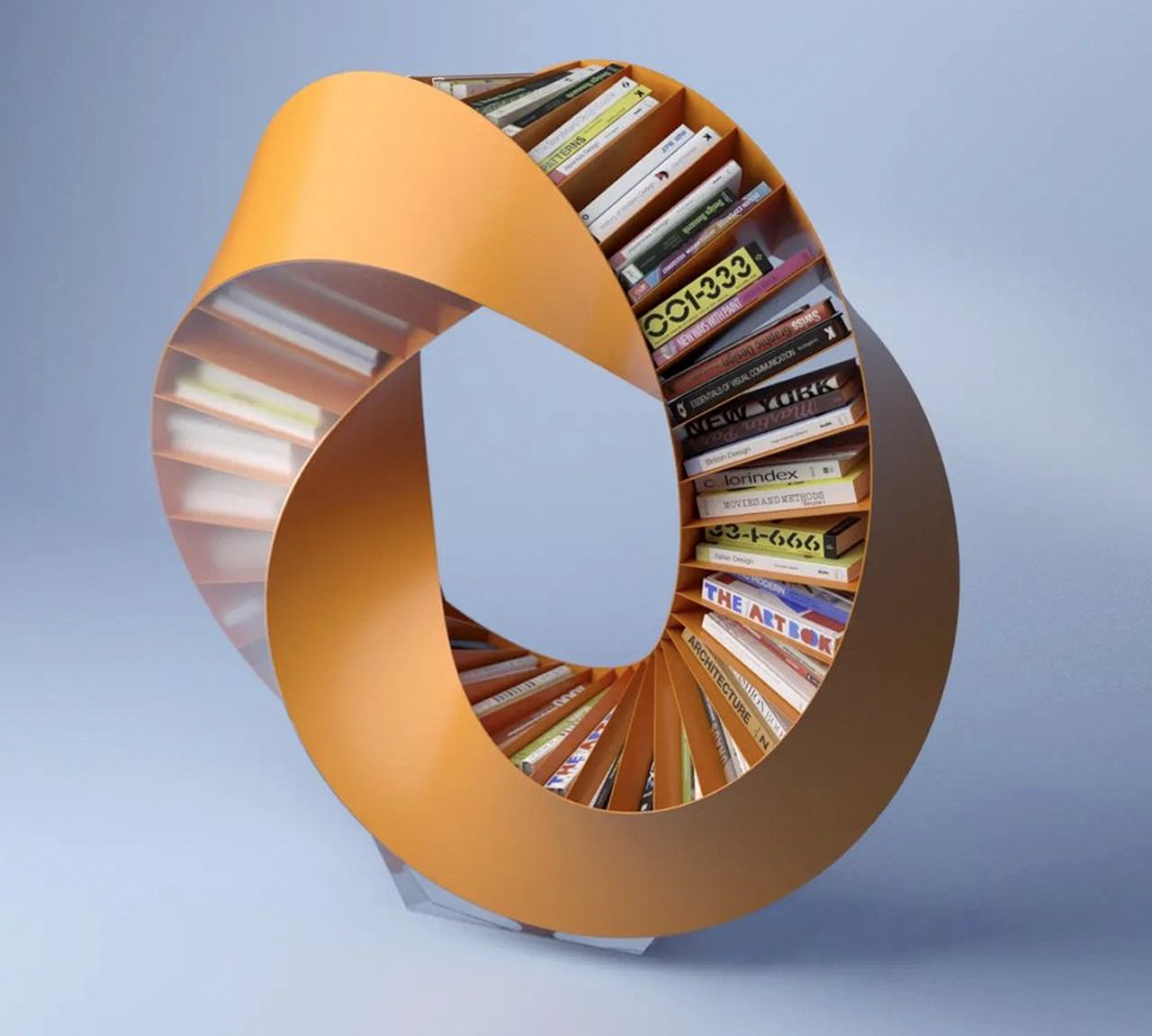 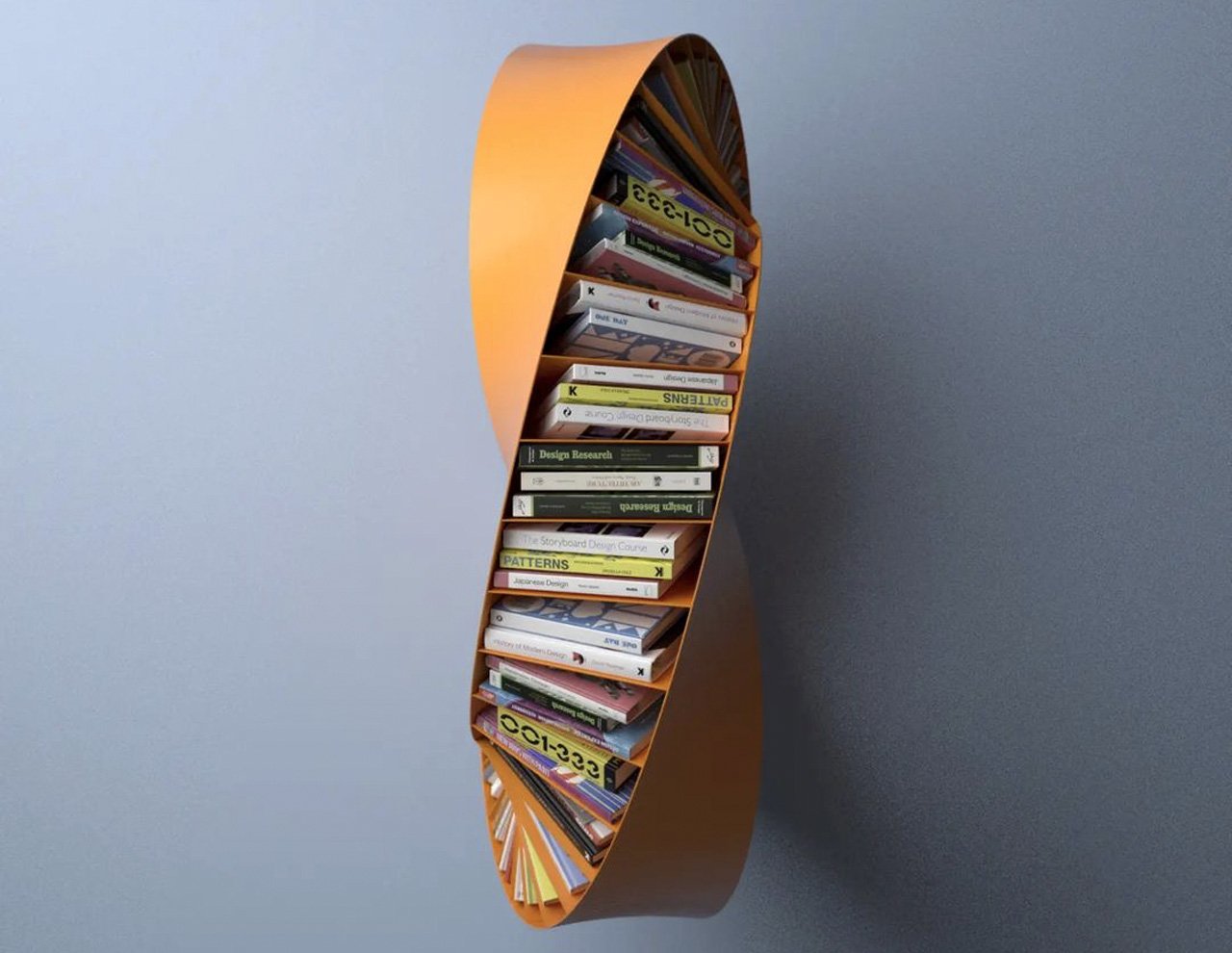 The Hullabaloo is a stand-alone bookshelf that twists and turns in an eclipsing fashion. It’s built by arranging four cuboidal quadrants and twisting them, in order to create a full circle. Aktay calls it ‘a double bent Möbius strip’. In order to make it functional, and a great storage solution, he had to open each quadrant on one side, to create two similar quadrants. A translucent back provides the design with a  captivating sense of mystery, in turn motivating you to walk around the piece to get a better look at it. 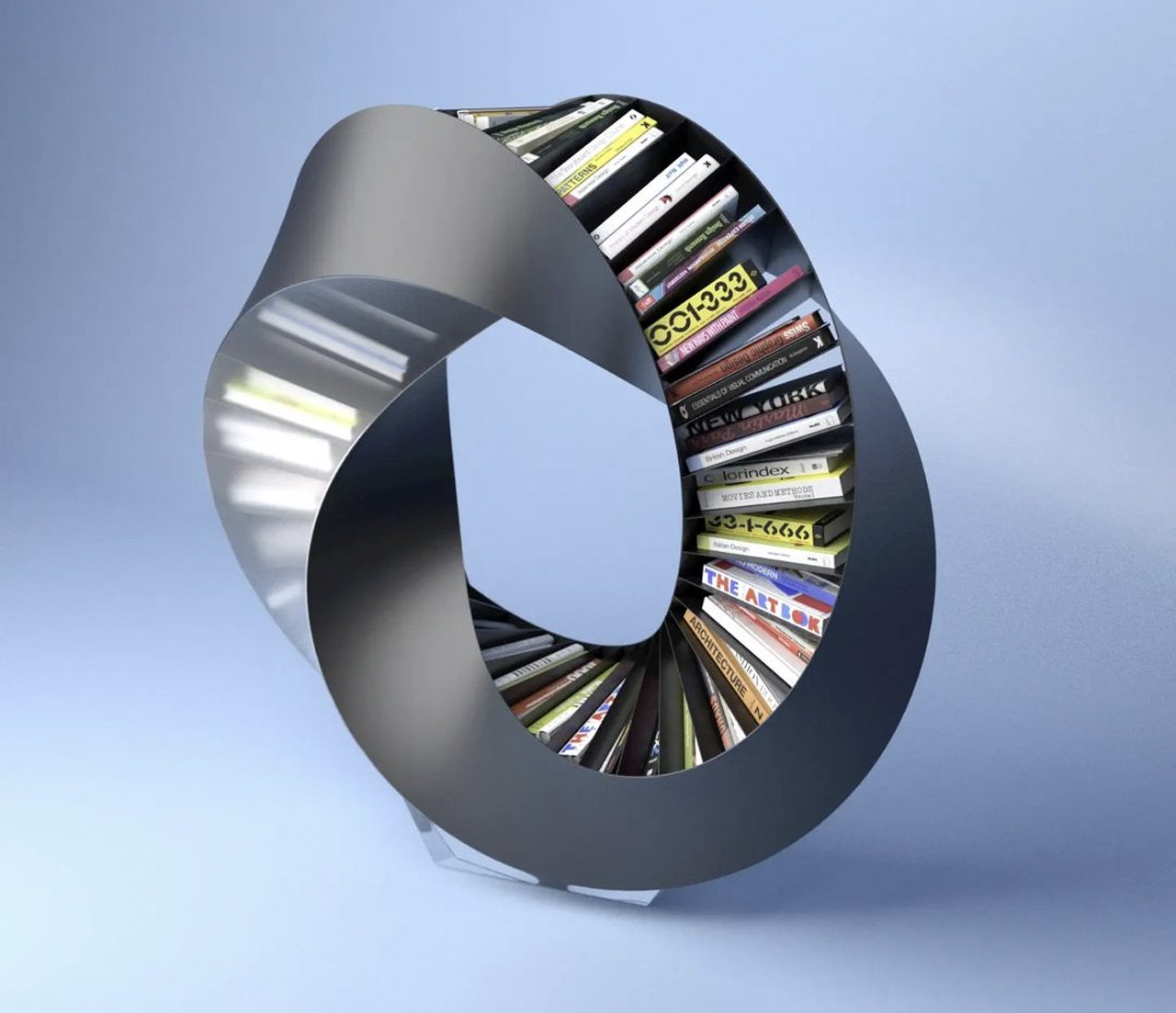 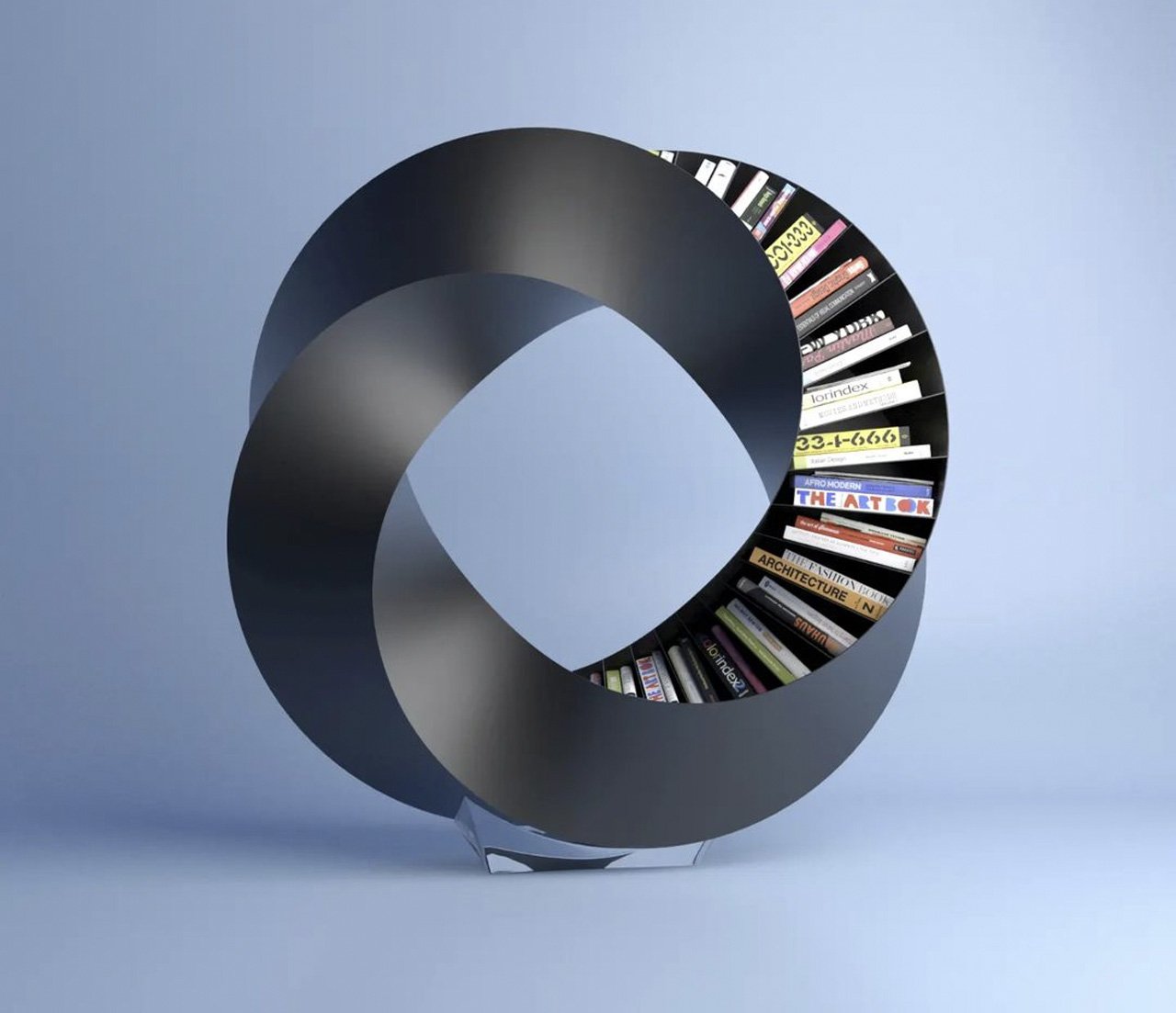 We often hear the saying that ‘form follows function’. In this case, the function is fit into the form to create this spectacular furniture design, that seems more like a sculpture. The best part is that the shape doesn’t reveal itself in one glance, it takes you multiple glances from various angles to get a holistic idea and proper understanding of the piece. The aesthetics of the Hullabaloo have been given ample attention and then the function has been effortlessly yet carefully tucked into the spiraling quadrants. 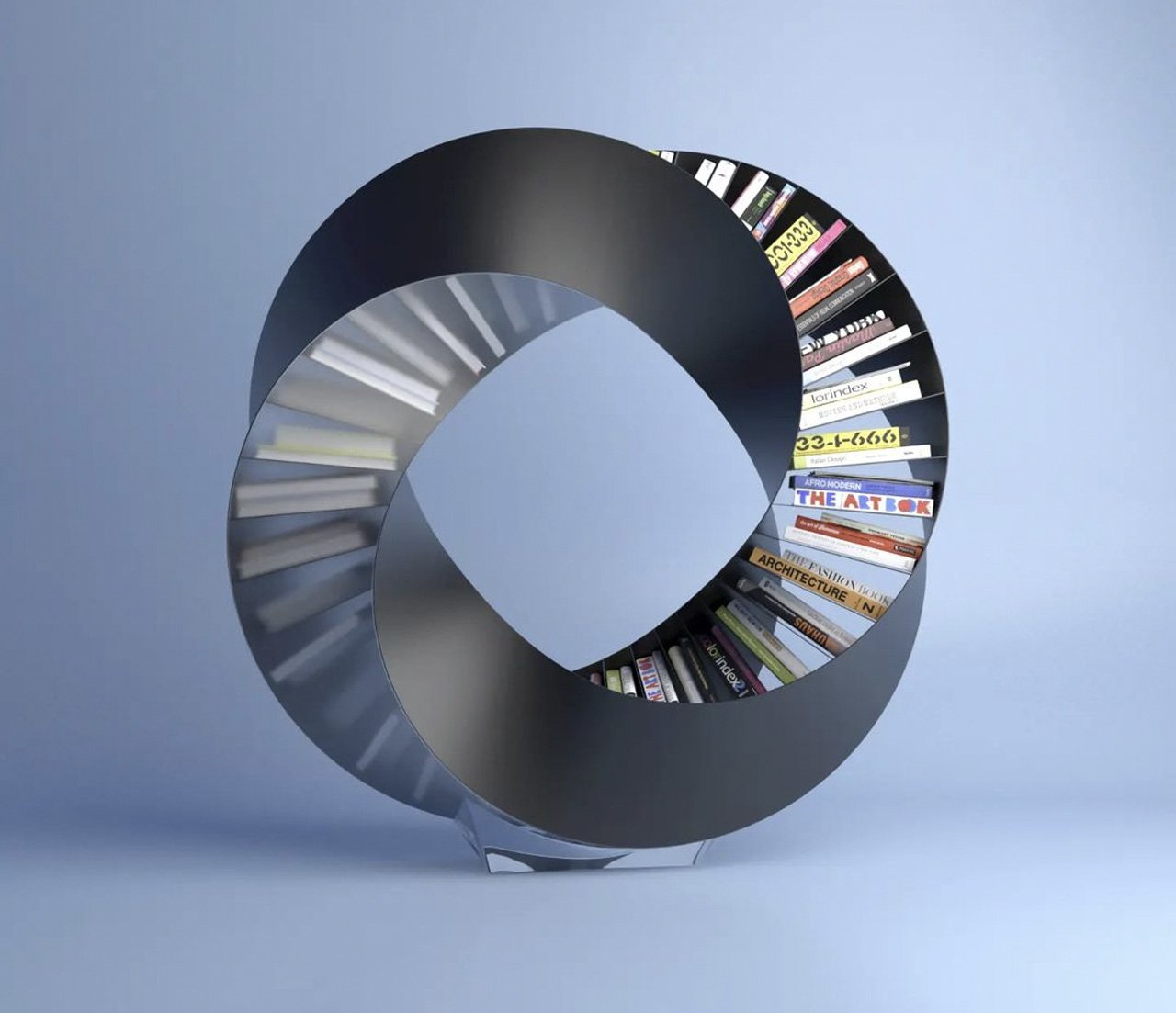 The Hullabaloo is great for spacious spaces that have enough area to hold and host such a significant piece. It could function as a centerpiece or focal point of such a space, allowing you to walk around it and truly take in its form and striking aesthetics. However, if you’re someone who resides in a smaller space or tiny home, then the Hullabaloo may not be the best option for your living space. 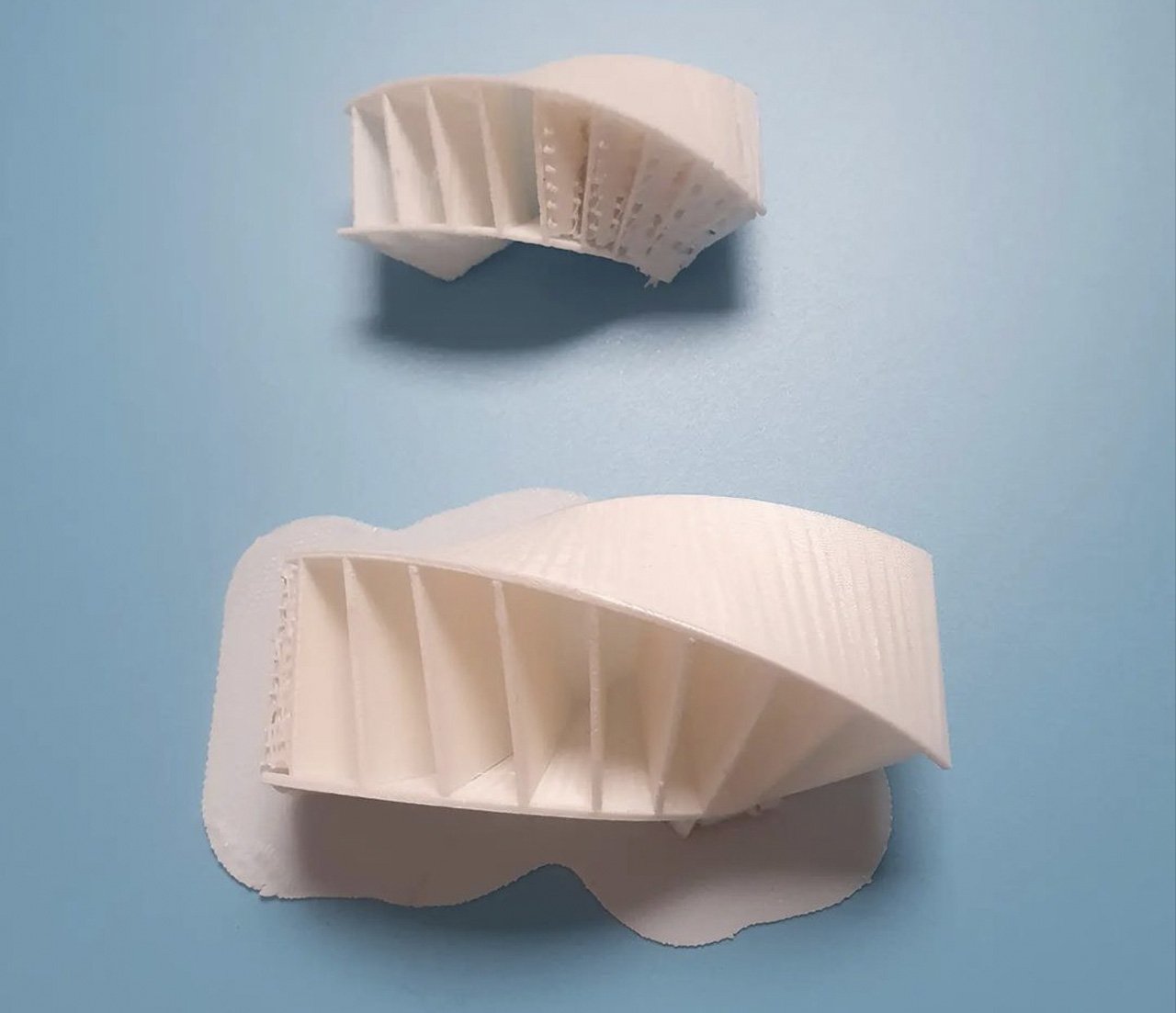