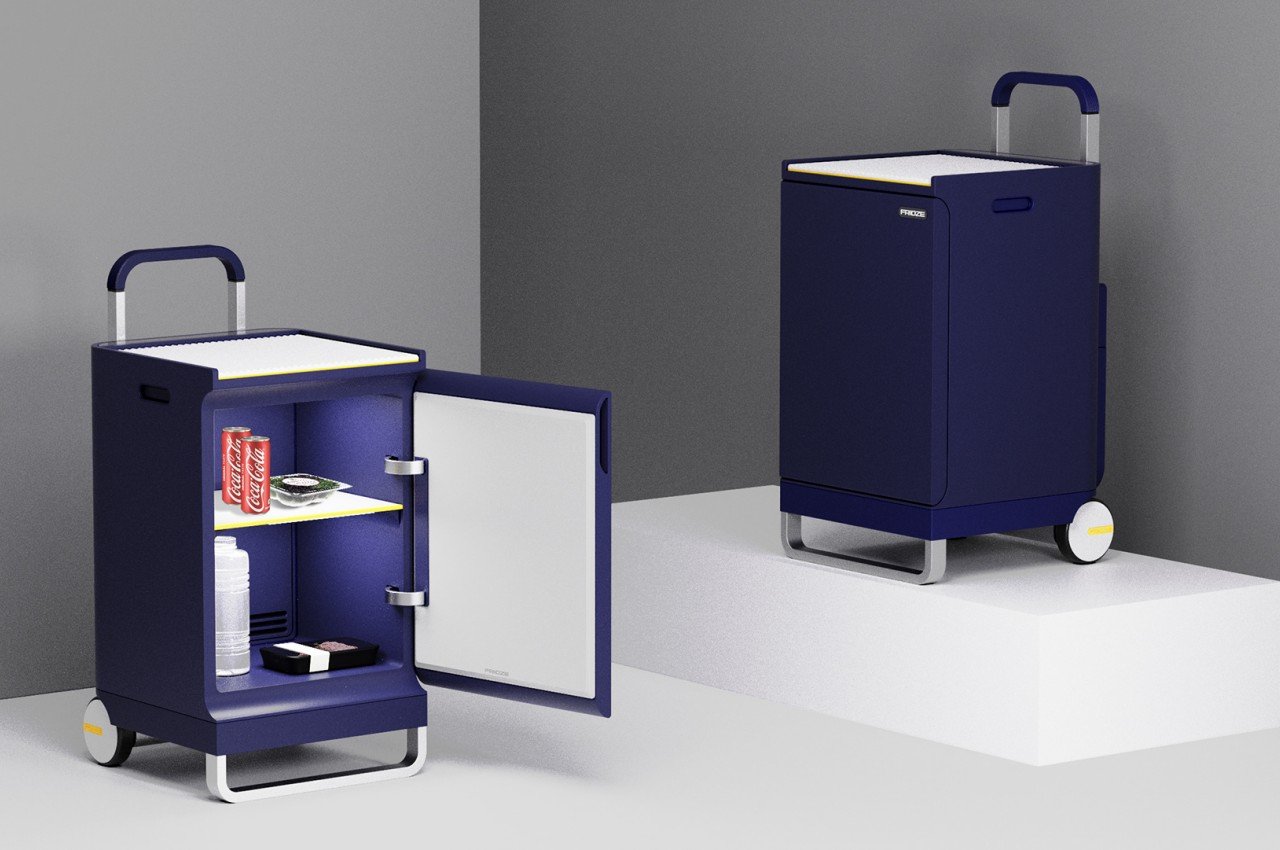 We’re still far away from giving up on fuel oil, but more people are thankfully adopting electric cars, which can be a bit more sustainable if you get power from renewable sources. For now, most probably see these EVs as ways to get around cities, often for commuting to work and over short distances. As their numbers grow, however, so would the number of charging stations scattered throughout highways. This would make it possible to take these battery-powered cars for longer trips, maybe even for outdoor camping. Given it already runs on batteries, it might be possible to power other appliances from it directly, which is what this portable fridge concept is going for, in a way that makes it look like it was part of the EV right from the start. 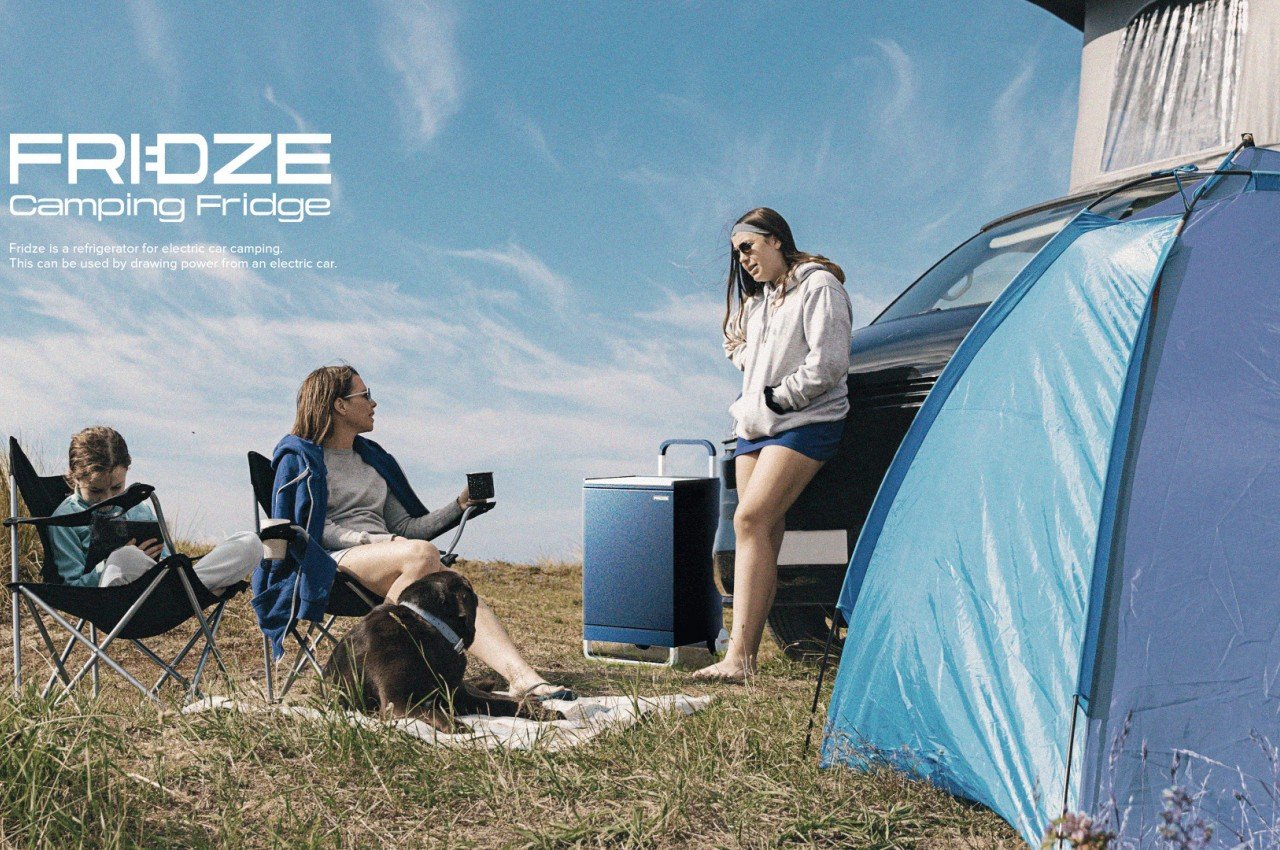 There are, of course, plenty of portable refrigerators in the market today built with a wide variety of designs. Some look like giant ice coolers, while there are those that look like you just unplugged your home fridge and shrunk it to fit. Fridze, which is a play on the brand that has become synonymous with the appliance, instead tries to look more like a part of an electric vehicle. Or at least what an electric SUV or camper might look like if those became more common. In other words, Fridze looks sleek, futuristic, and minimalist, almost like it would be out of place on dirty camping grounds. 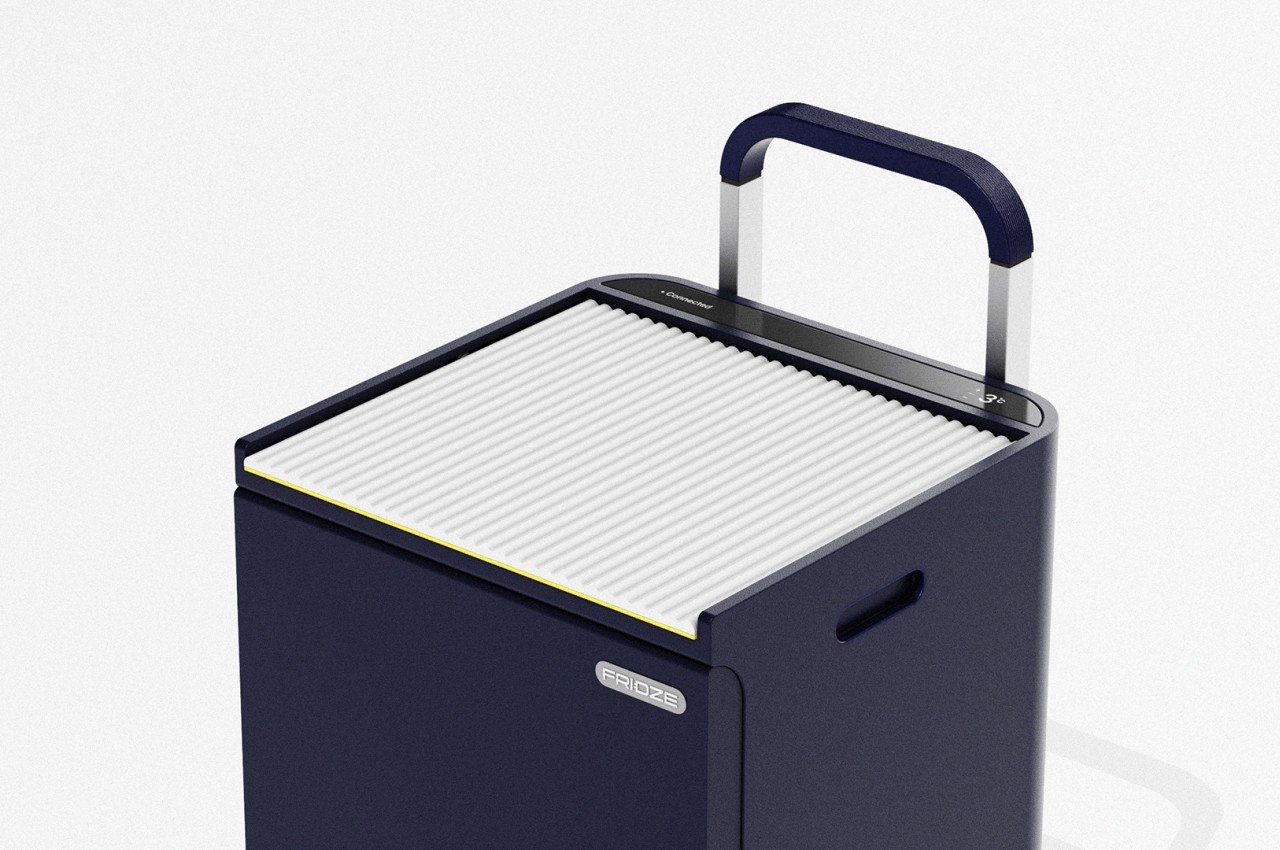 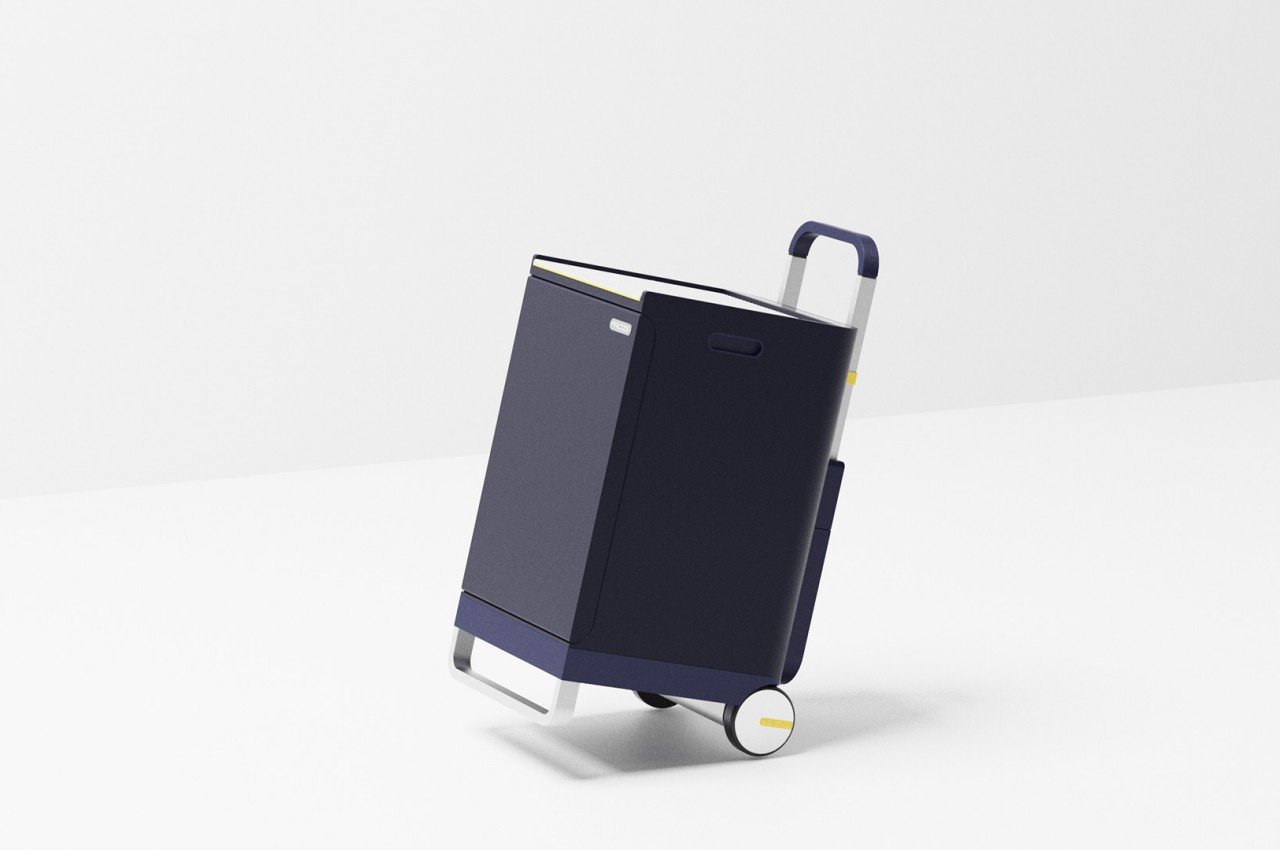 It does look and move like a suitcase, though, a very bulky and solid one at that. Two wheels on the back and a telescopic handle would be similar to what you’d see on most luggage, while a thick U-bar on the front keeps it from toppling forward. The use of mostly straight lines and flat edges almost resemble some EV charging boxes, but this one actually takes rather than gives power to EVs. 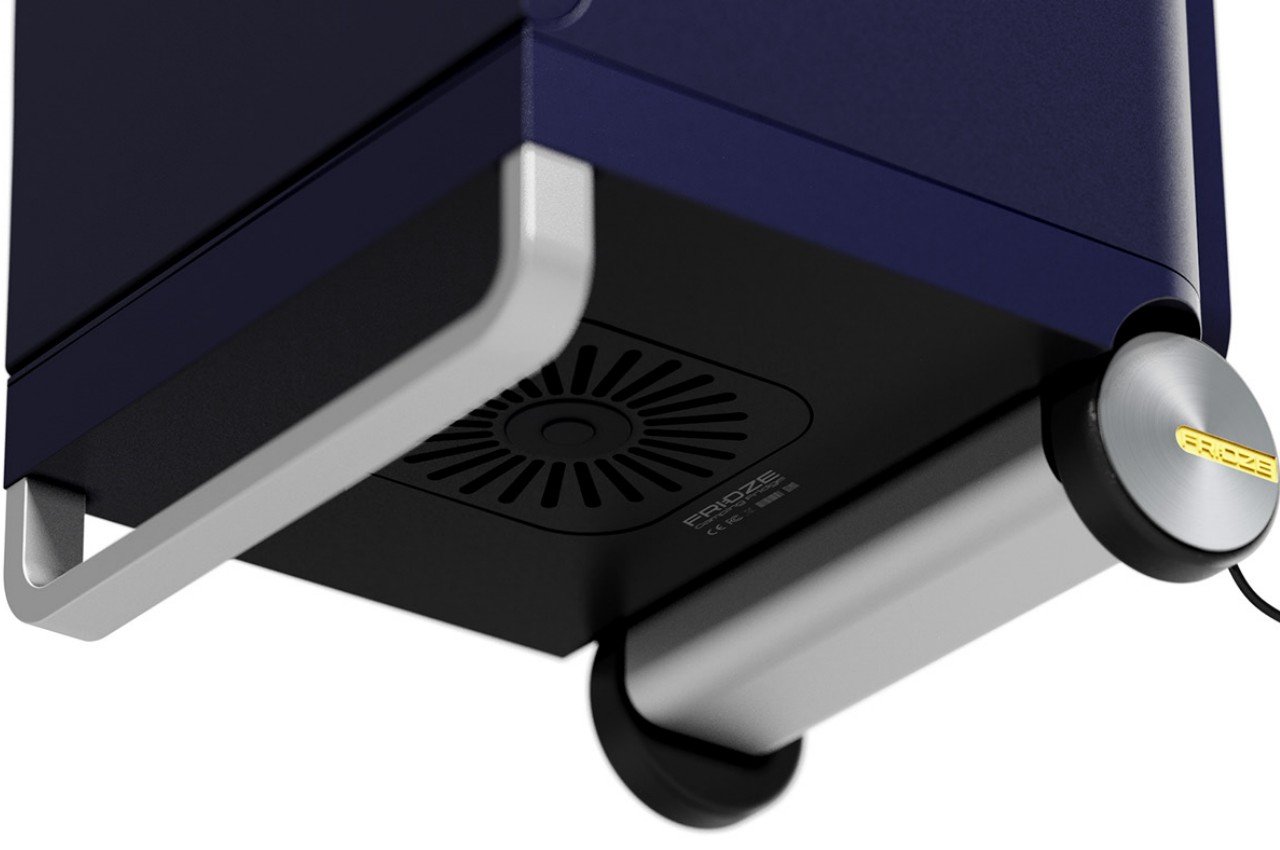 Portable refrigerators naturally need to draw electricity, of course, and most of them will draw power from the car via a car charger. There are portable power stations these days for that purpose, but not many have them. That lighter port is still the most common method, but it’s also wasteful in converting to the type of power that a fridge would need. Fridze, in contrast, would plug directly into the EV’s batteries and siphon power from there. It does have a small battery of its own for those moments when it can’t be connected to the car, like when moving it from one place to another. 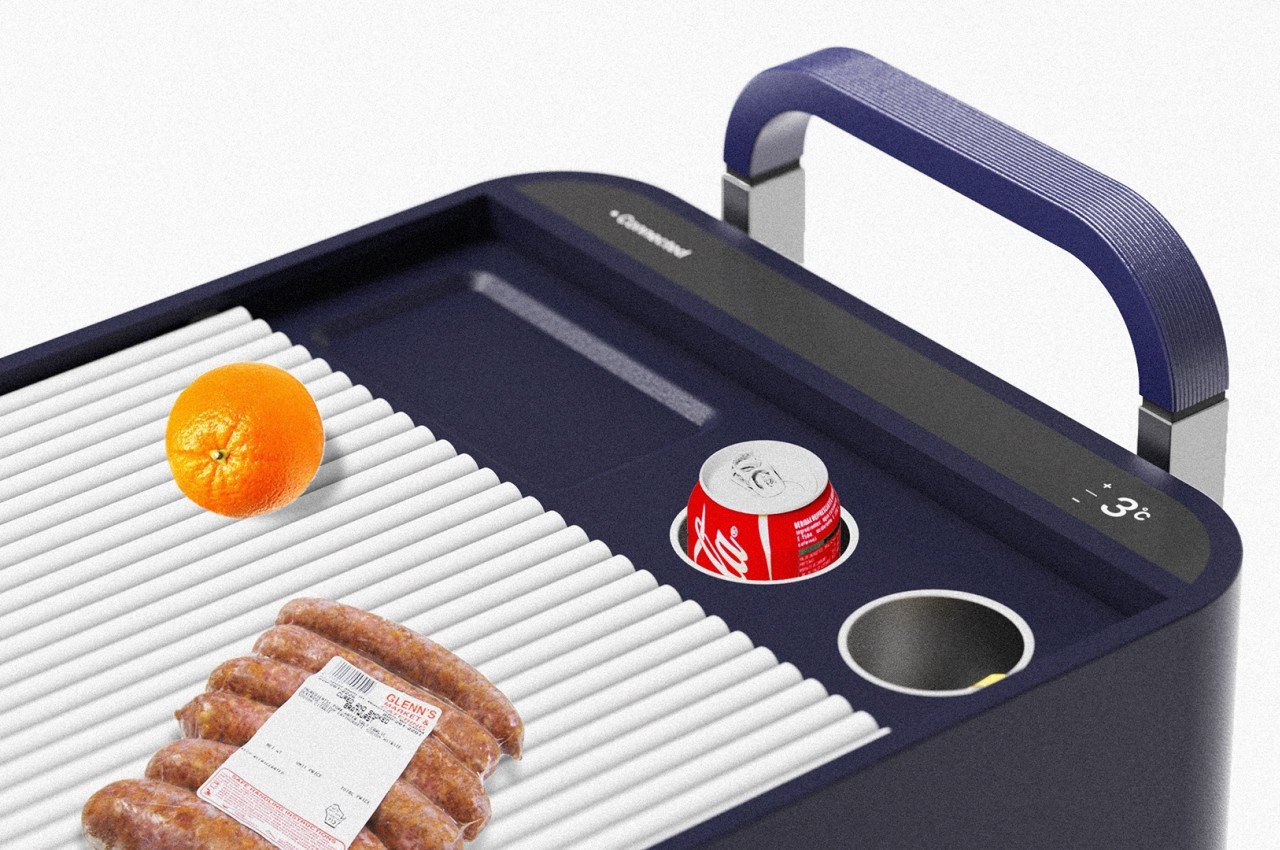 In all other aspects, the fridge works just like any other, except for the top that reveals holders for drinks to keep them cool. The idea behind Fridze probably isn’t that revolutionary, and it’s a logical conclusion that would eventually arrive as more cars become electric. Its design, however, would perfectly match the EV aesthetic, even if it would clash with everything else that would stay at home anyway. 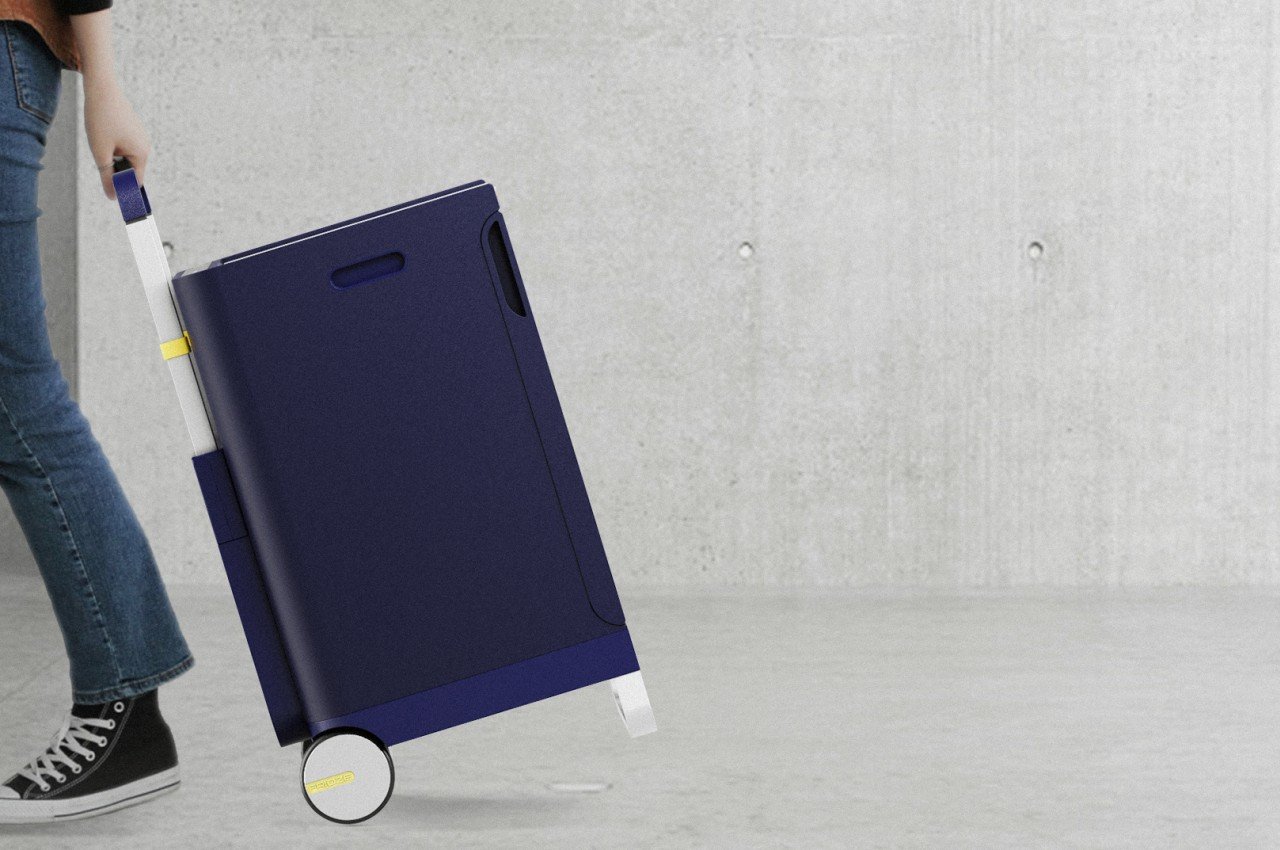 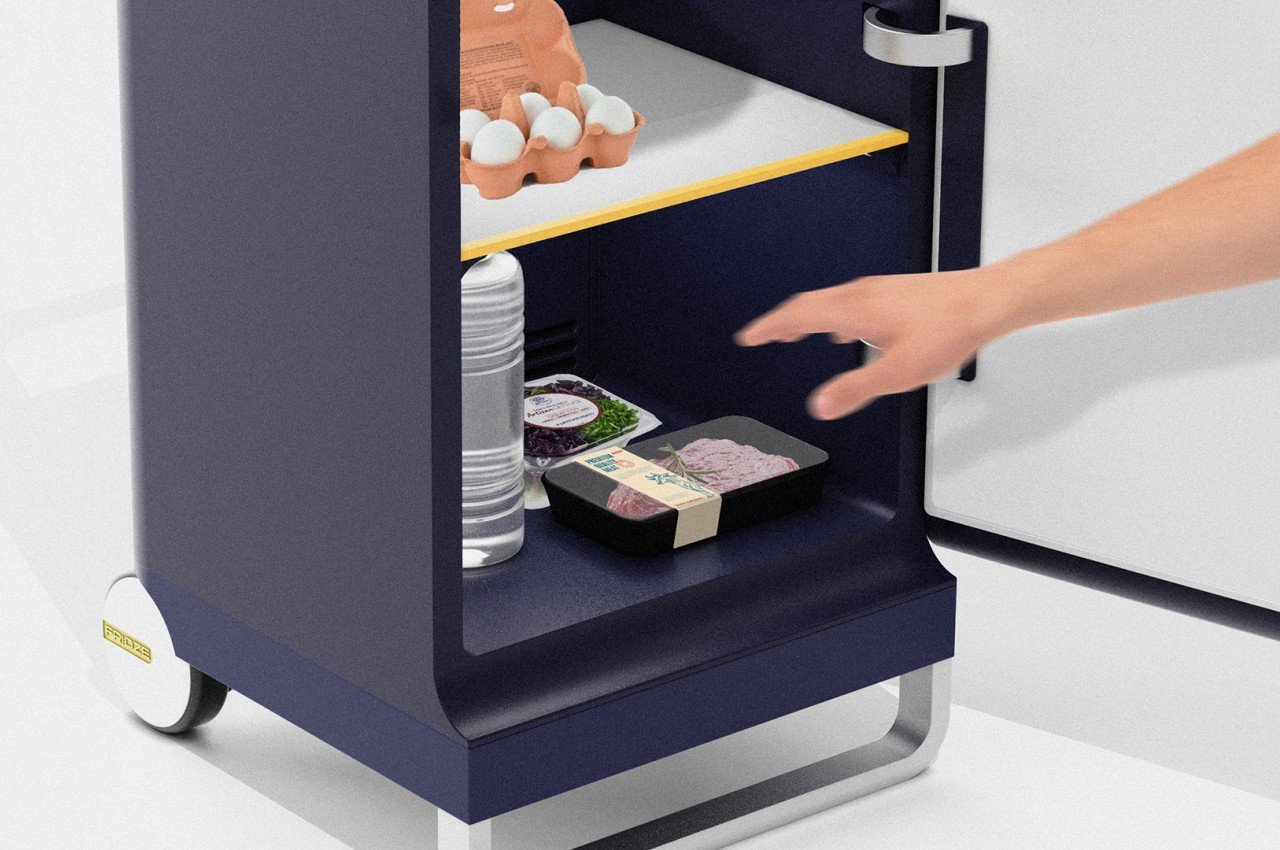