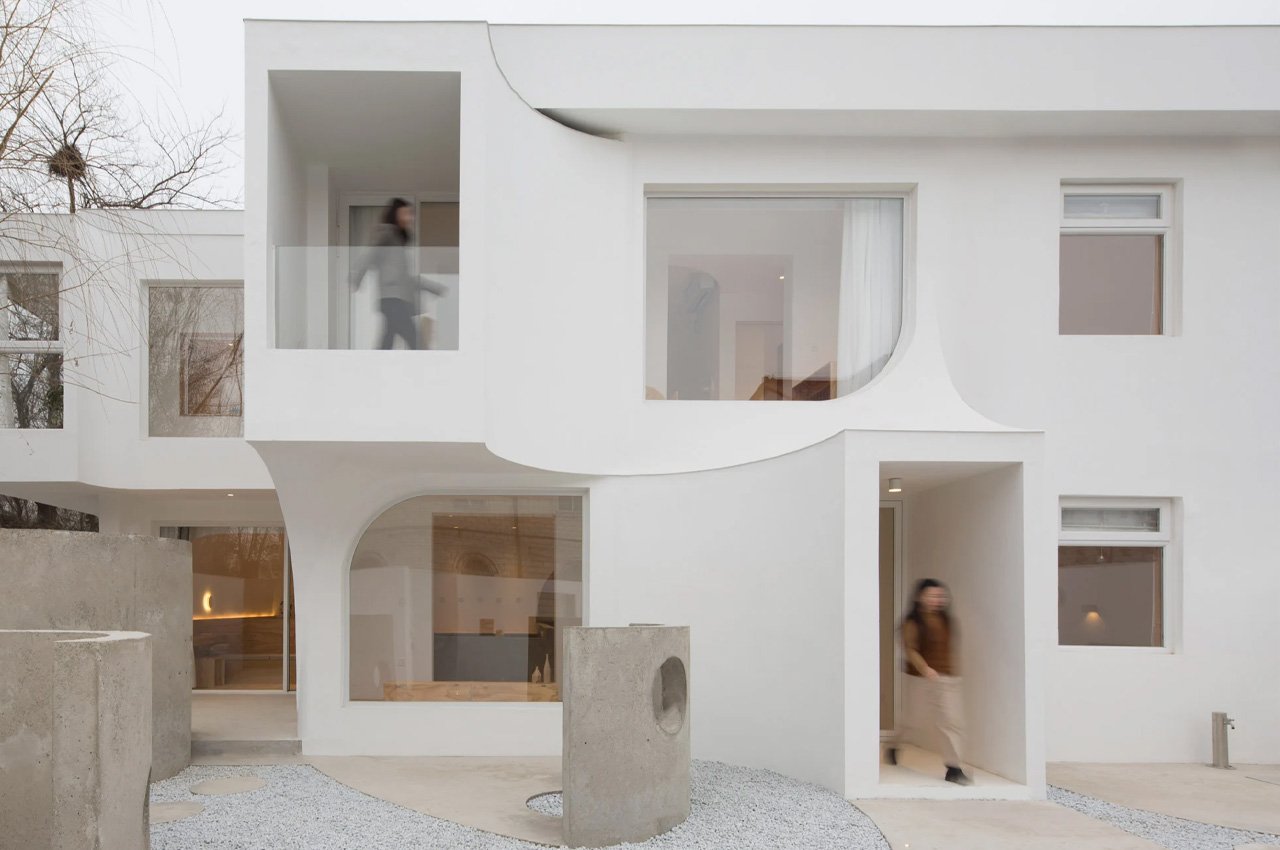 In the Huangmuchang Village on the outskirts of Beijing China, is a two-story concrete brick building, which was recently transformed into a unique-looking boutique hotel The hotel features a courtyard filled with concrete dividers, that look like borderline sculptures. Called, the Sleeping Lab, the hotel was originally a residence and an office. The renovation was carried out by the Shanghai-based studio Atelier d’More. 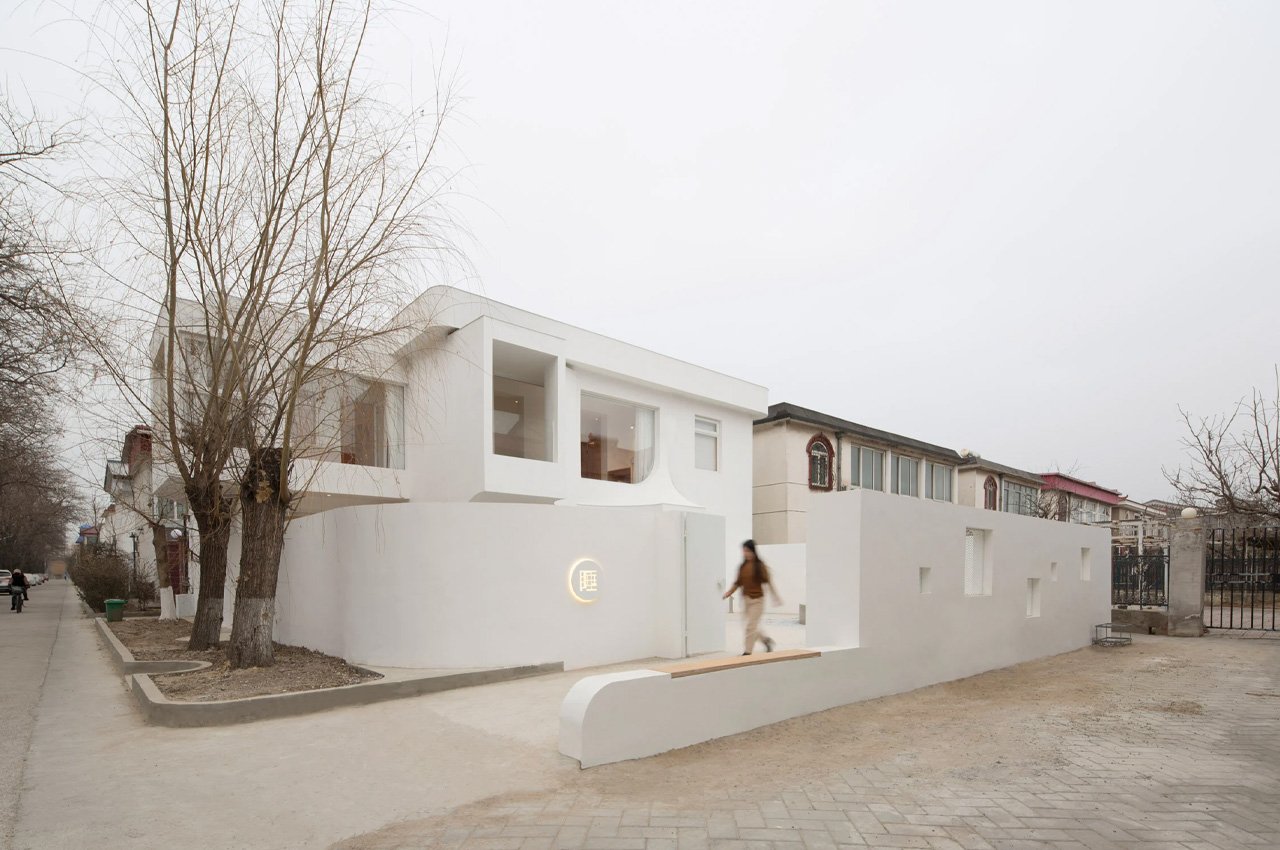 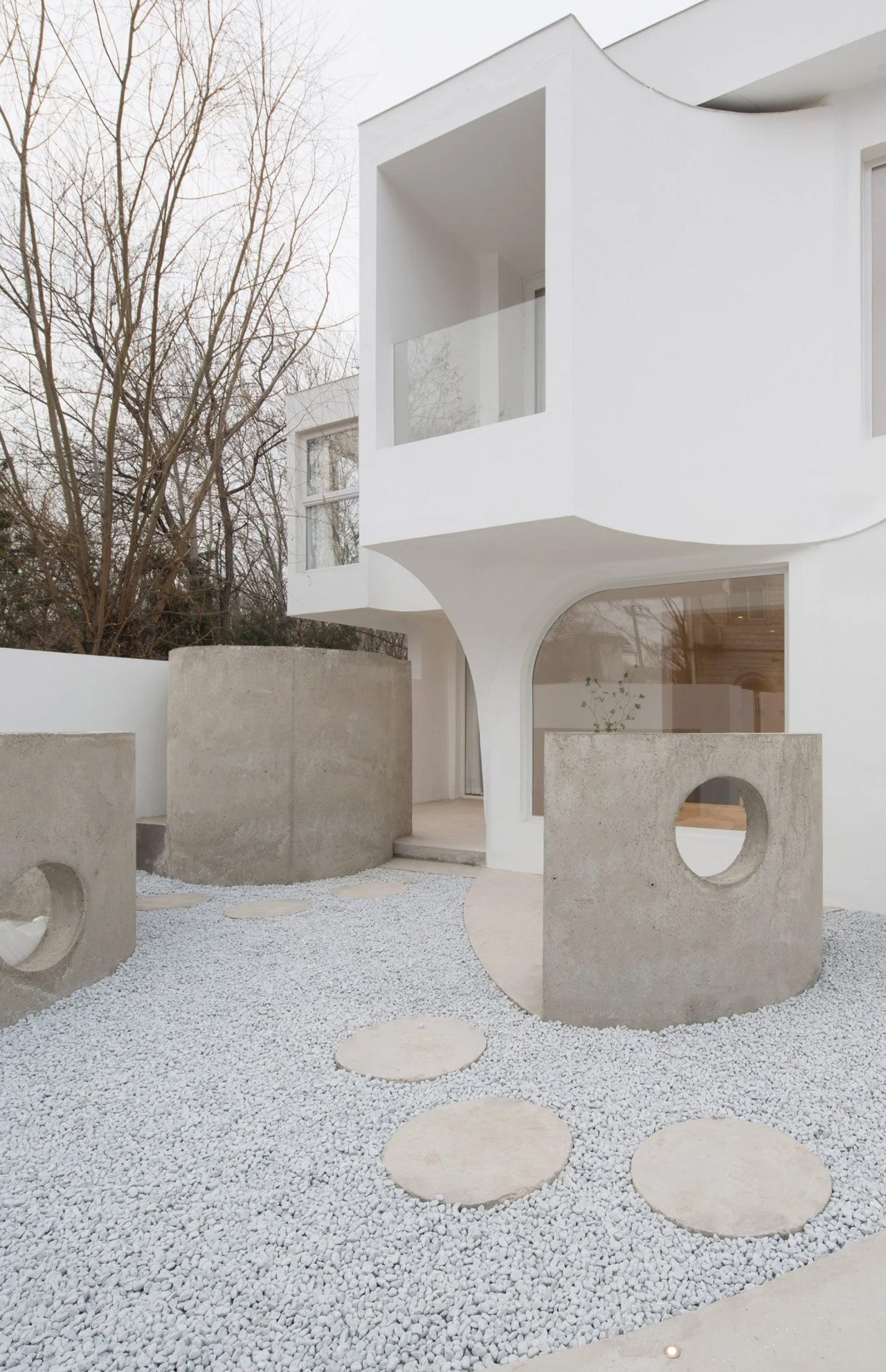 The structure features an enclosed courtyard, commonly seen in homes in the area. Atelier d’More decided to retain the courtyard and transform it into an internal viewing point for the guests of the hotel, which also blocks out the noise coming from the outside, in turn creating a space that has a sense of privacy and quiet to it. “Given the lack of scenery in the surrounding environment, we decided to create an inward view and create an interesting private garden,” said the studio. The courtyard occupies 100 square meters and has been further divided into multiple small courtyards using exposed concrete partitions. Each smaller courtyard will feature little trees – during the spring season. 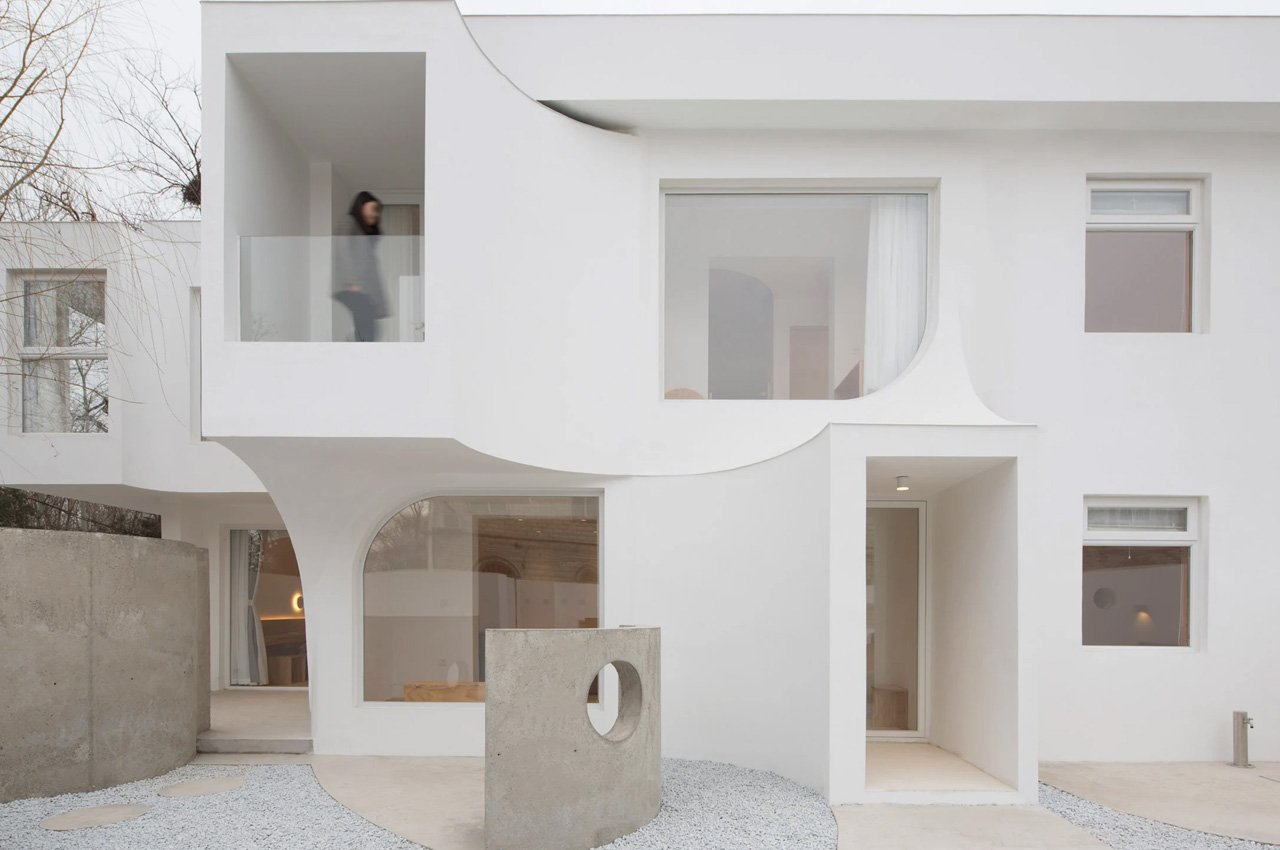 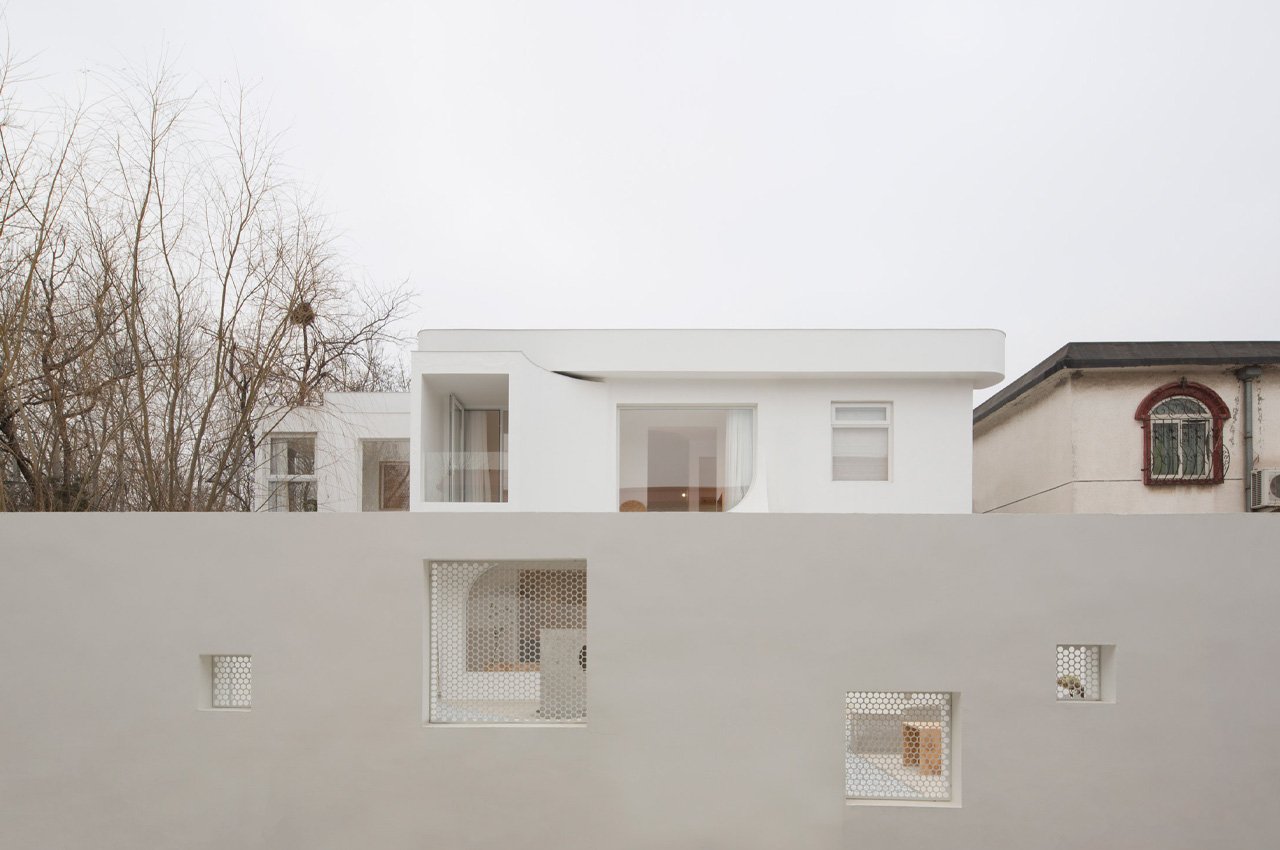 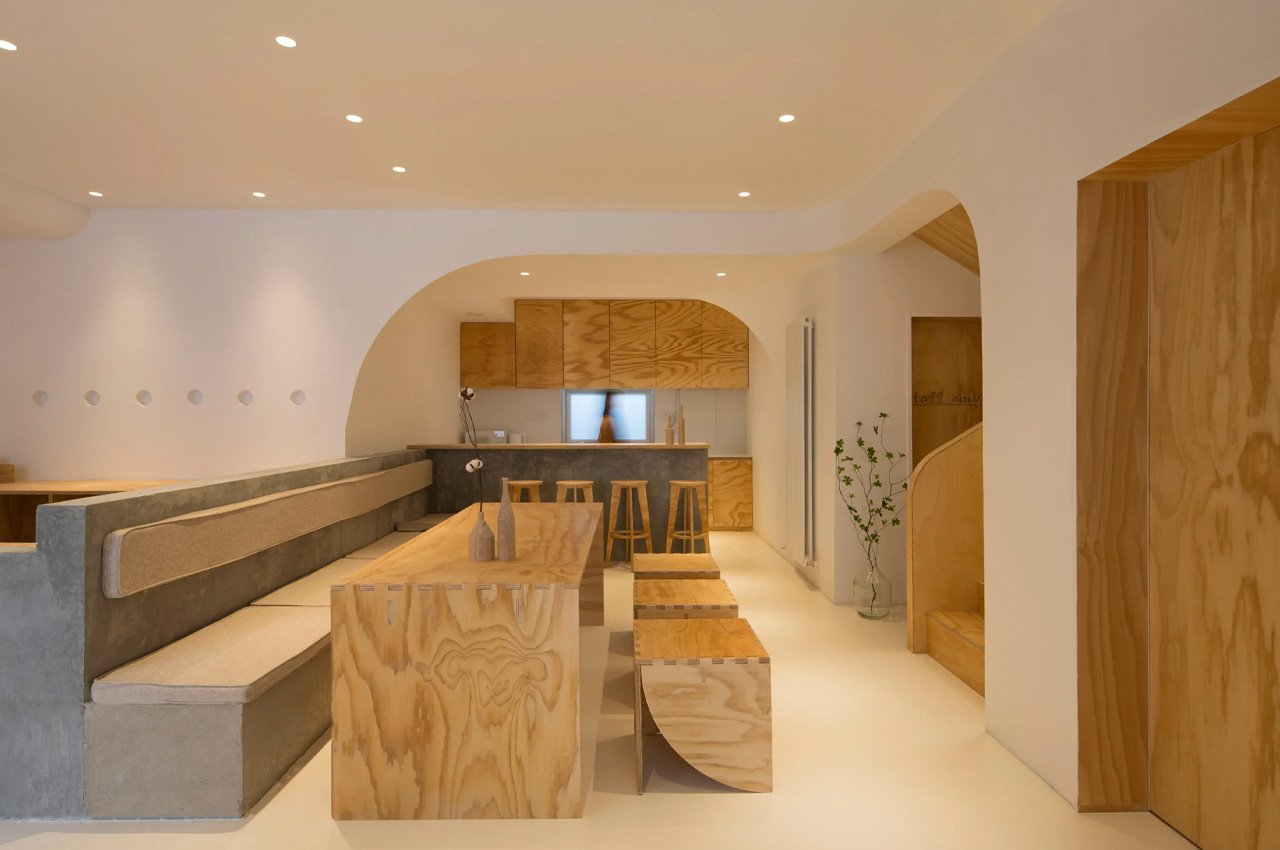 The architecture as well as the interiors of the hotel are defined by interesting curved lines and unique geometric compositions. The ground floor houses the kitchen and dining area, as well as a tea room. The guest rooms are located on the first floor. The hotel has also been equipped with rather large windows, which allow the interiors to open up to the courtyard, creating an effortless indoor-outdoor connection. 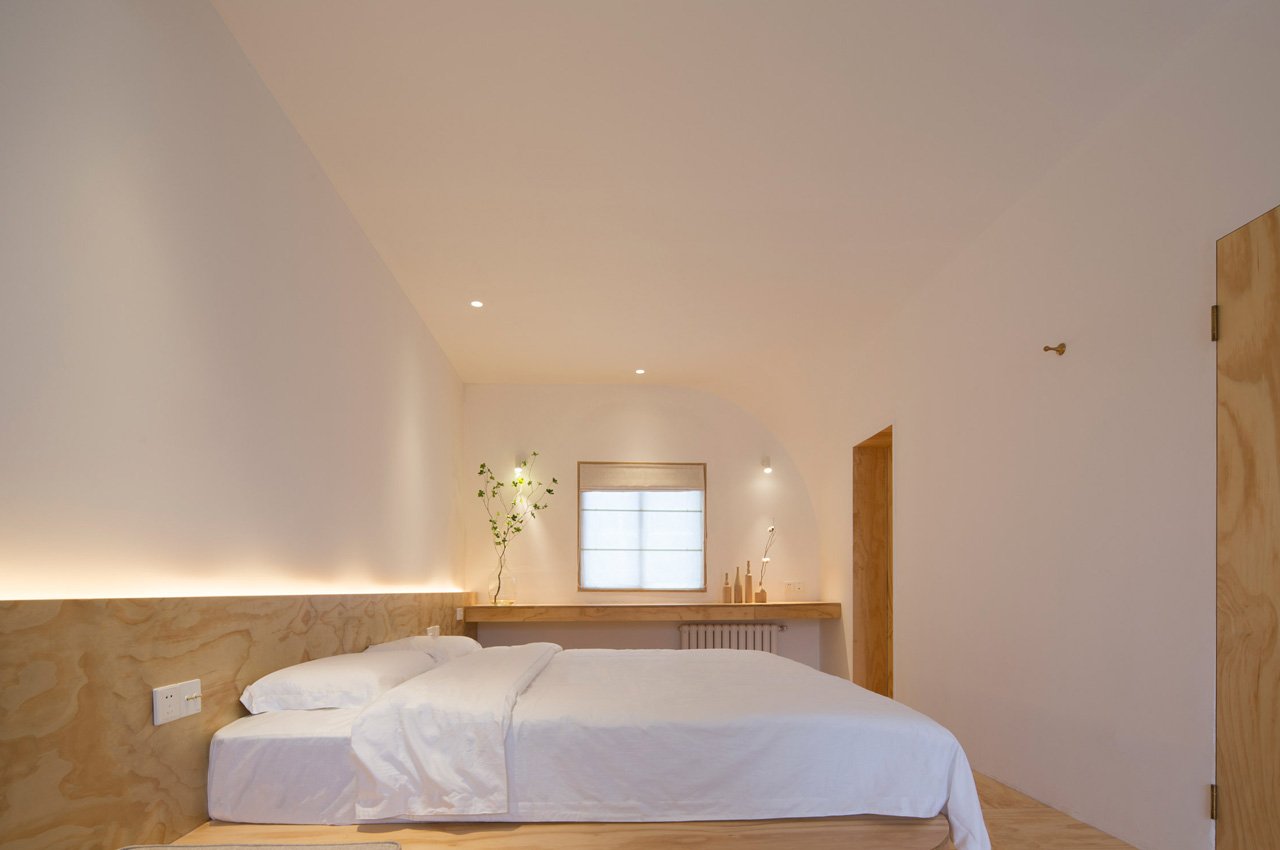 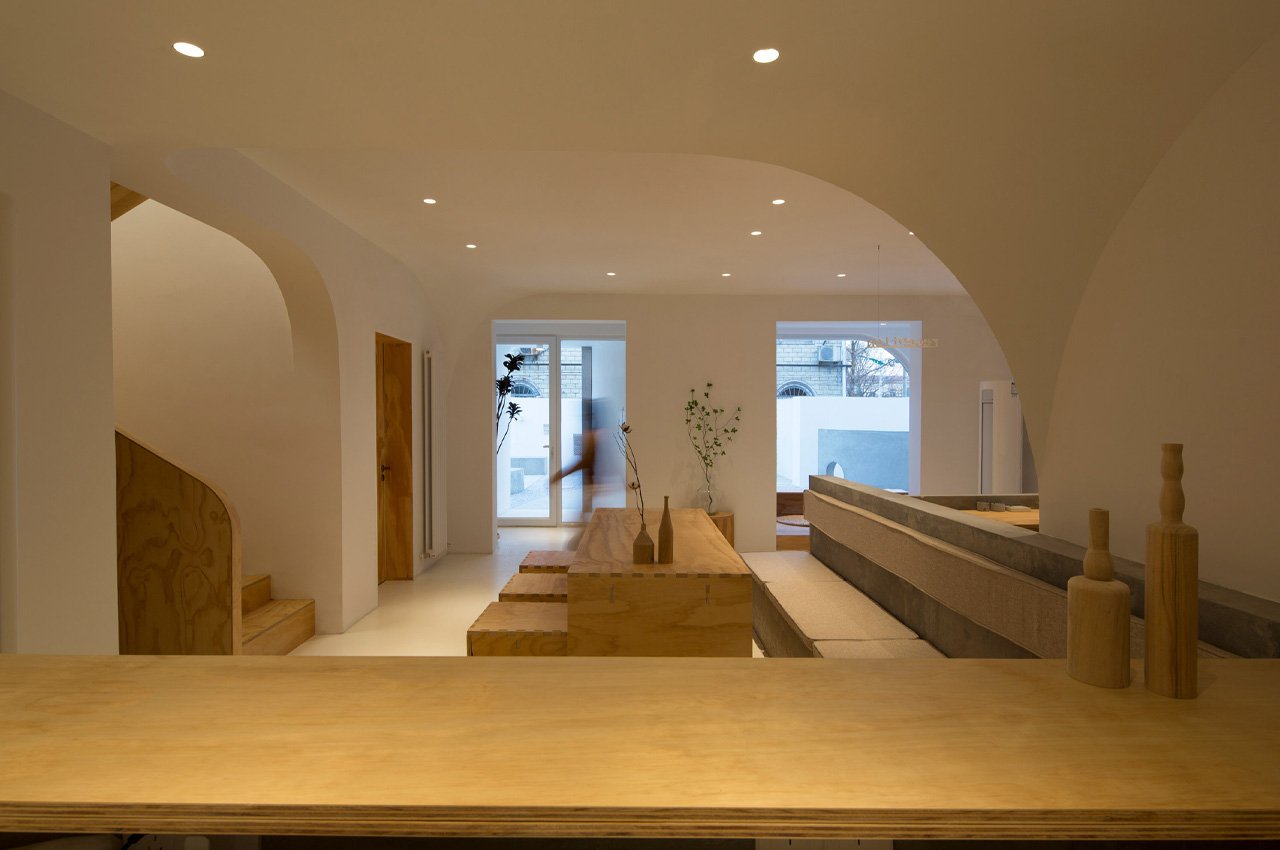 The interiors are defined by subtle white walls and sculptural wooden and concrete furniture pieces. The features of the interiors were selected so as to artfully mimic the external courtyard, therein providing an element of continuity to the entire property. The furniture was designed by Atelier d’More, and they’re all prefabricated pieces, that were assembled on-site. 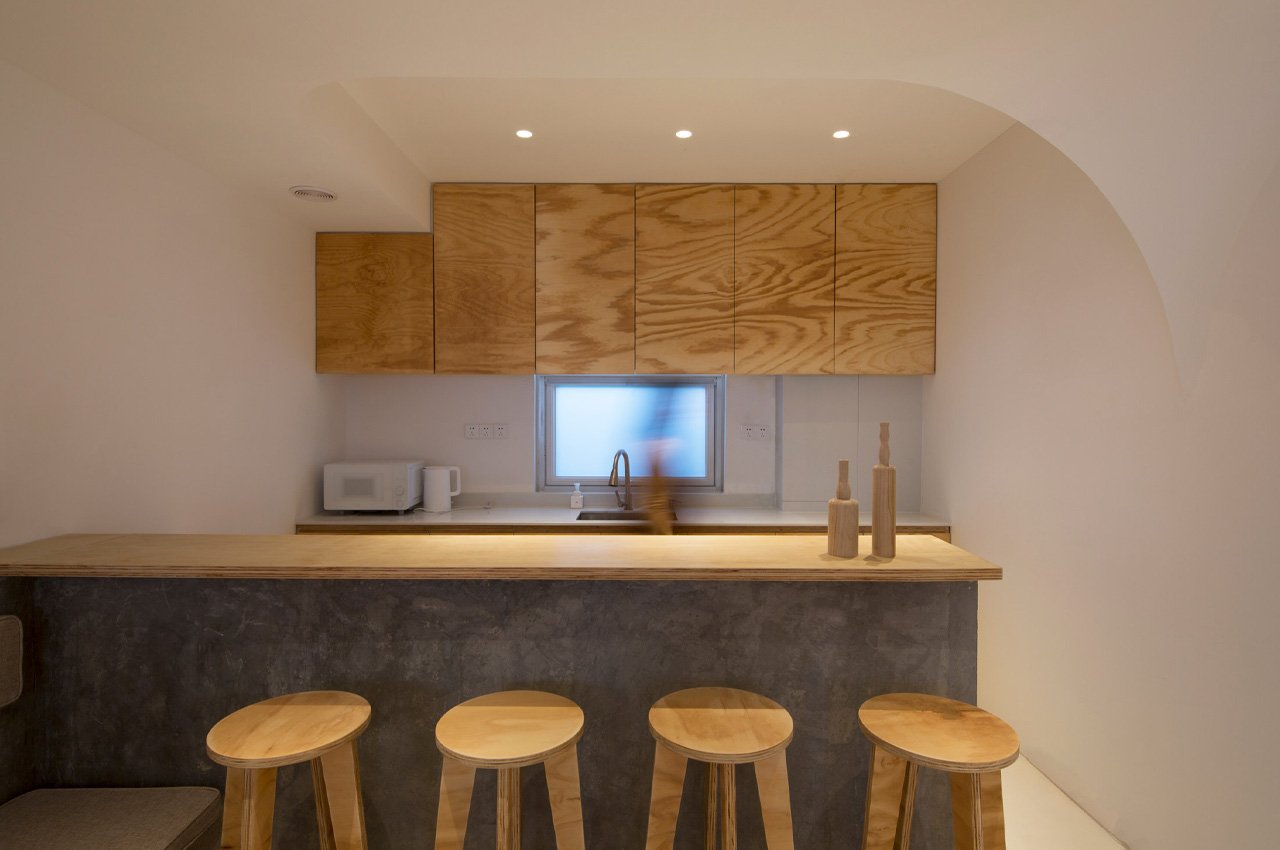 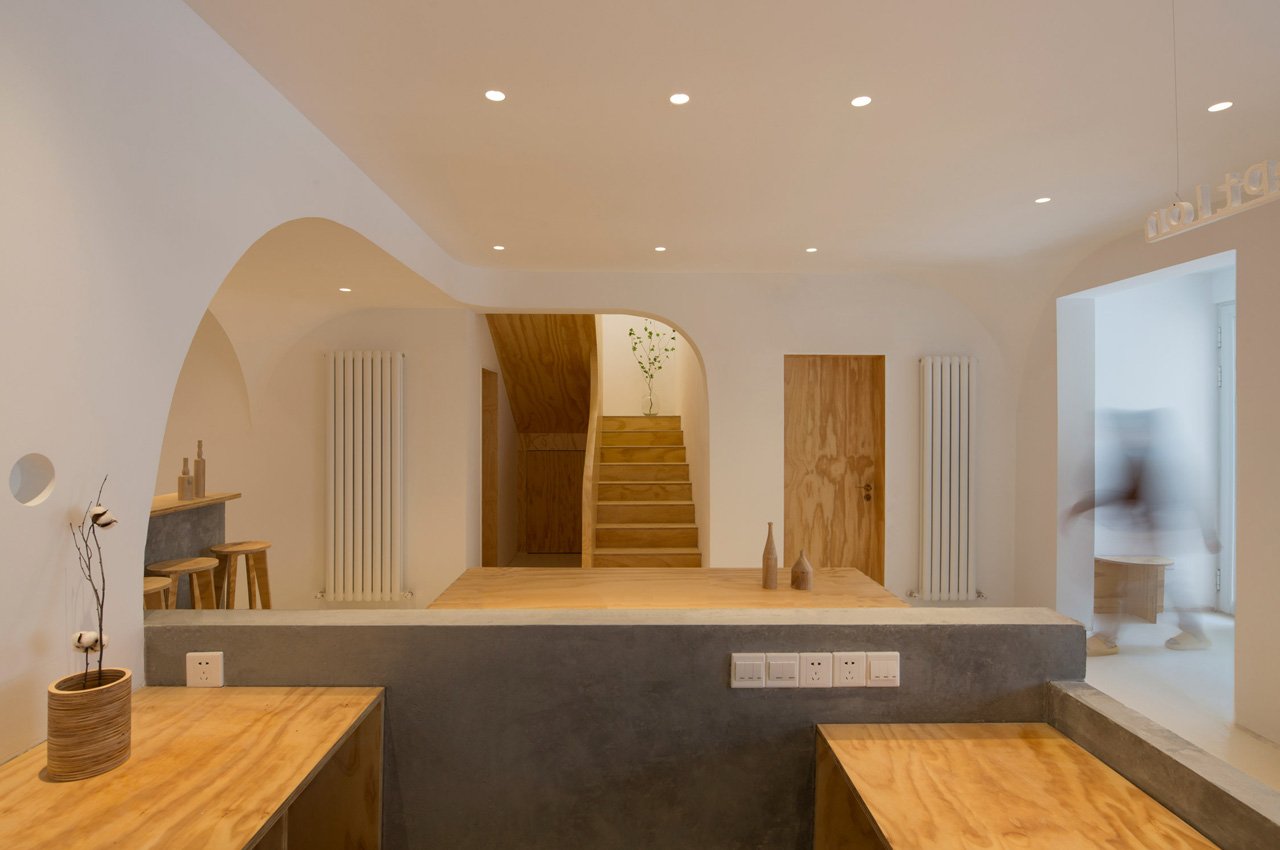 The Sleeping Lab has a rustic and brutalist vibe to it, while also maintaining an aesthetic that is quite clean and sculptural. The two-story hotel manages to strike a delicate balance between the raw, and the polished, the filtered and the unfiltered. It maintains its own unique charm while meeting all the expectations of an excellent hotel. 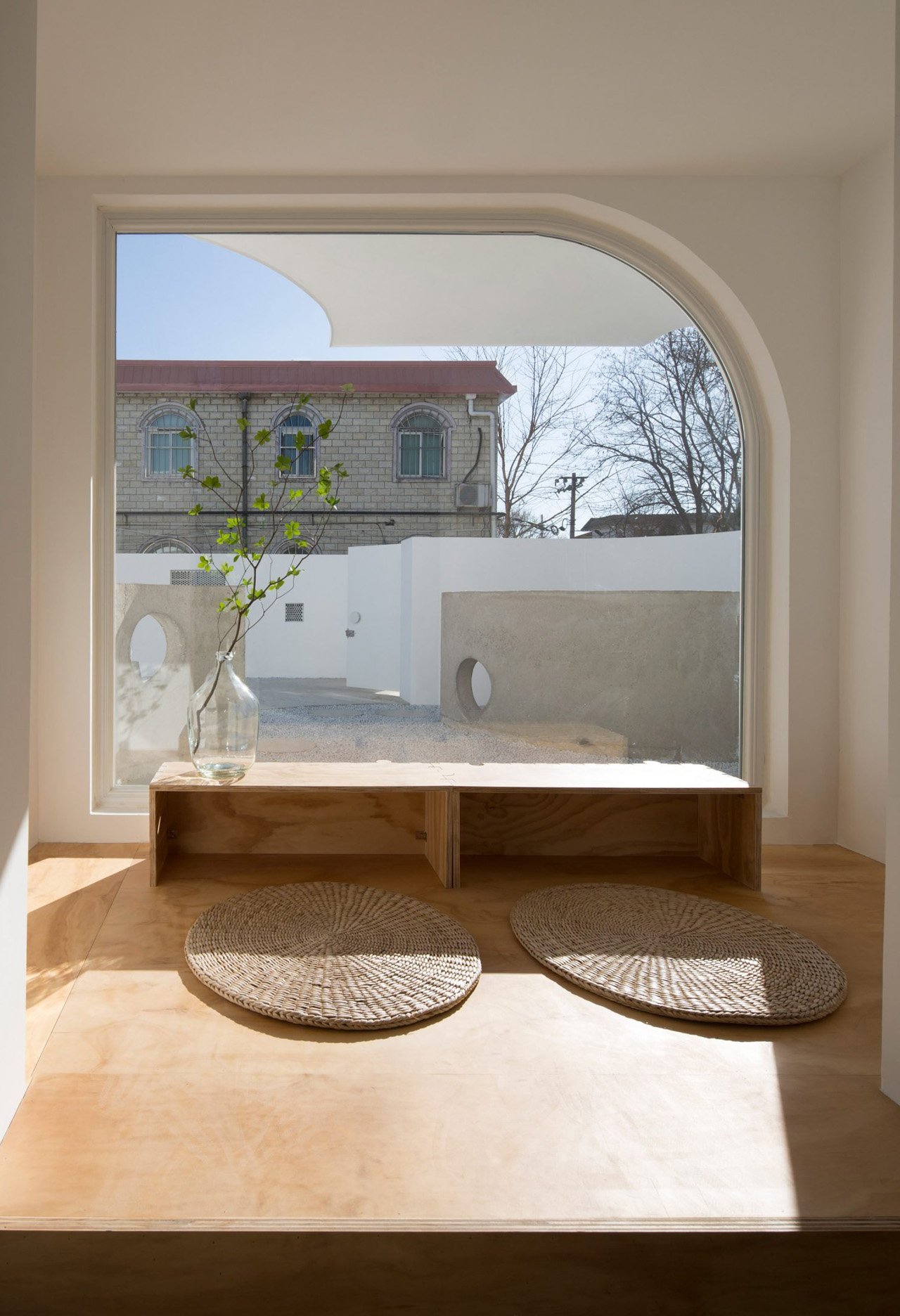 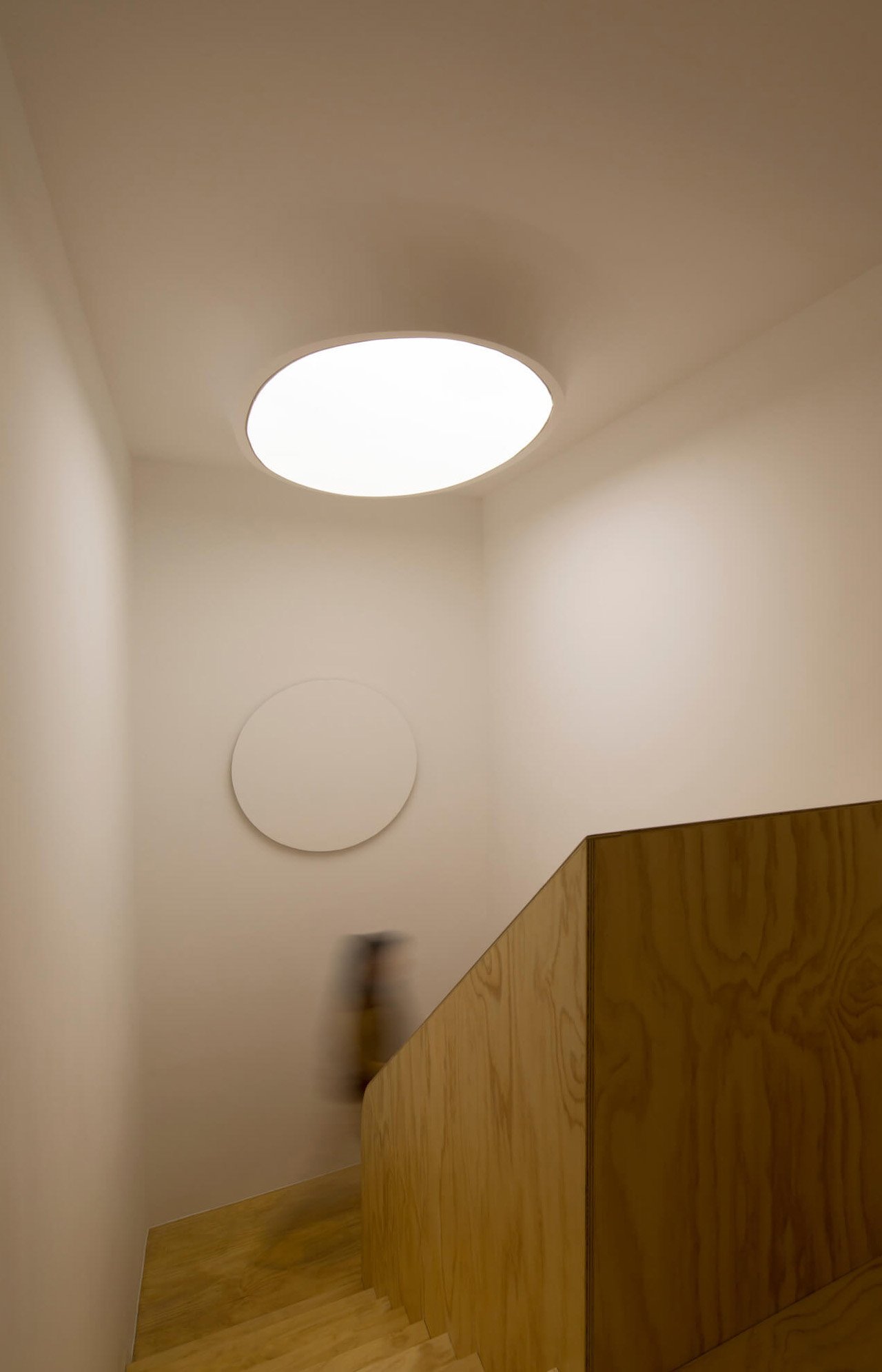 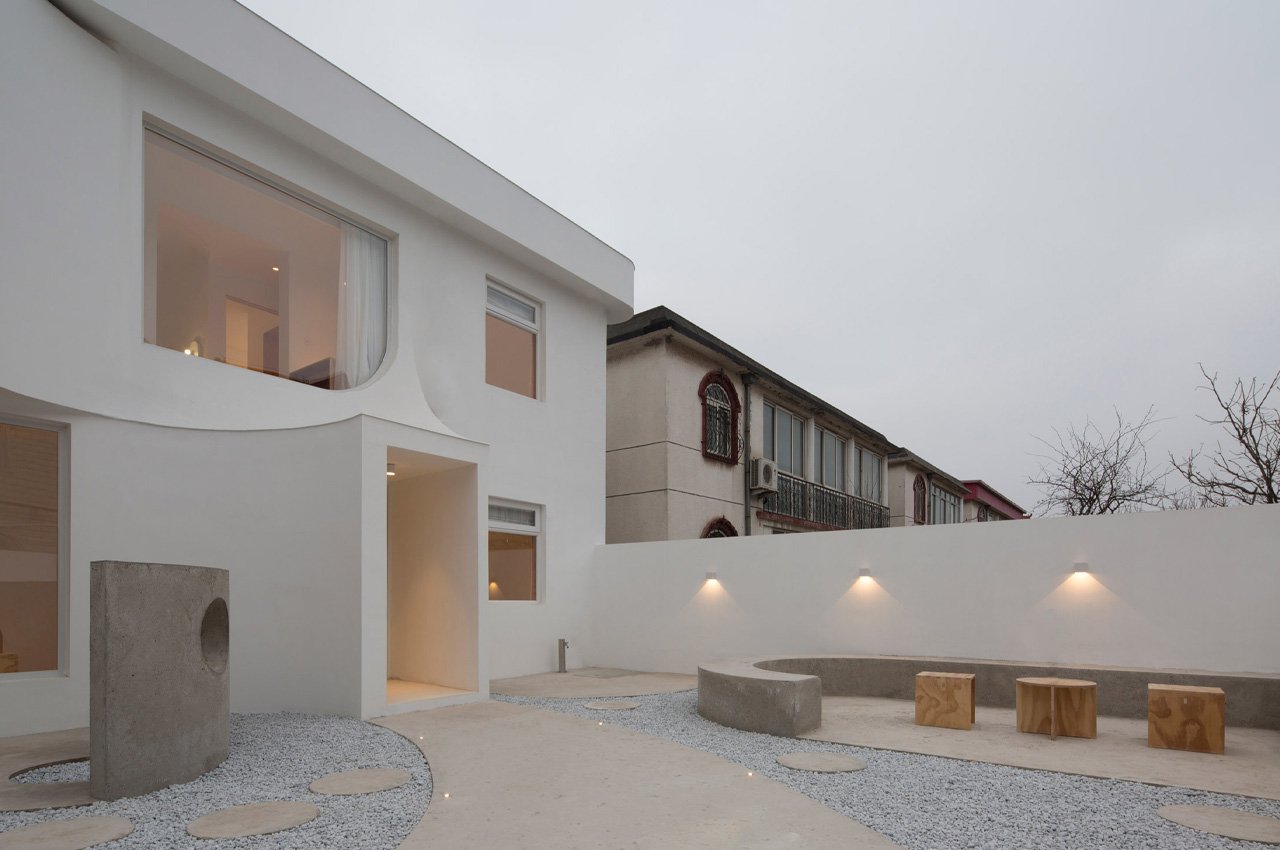