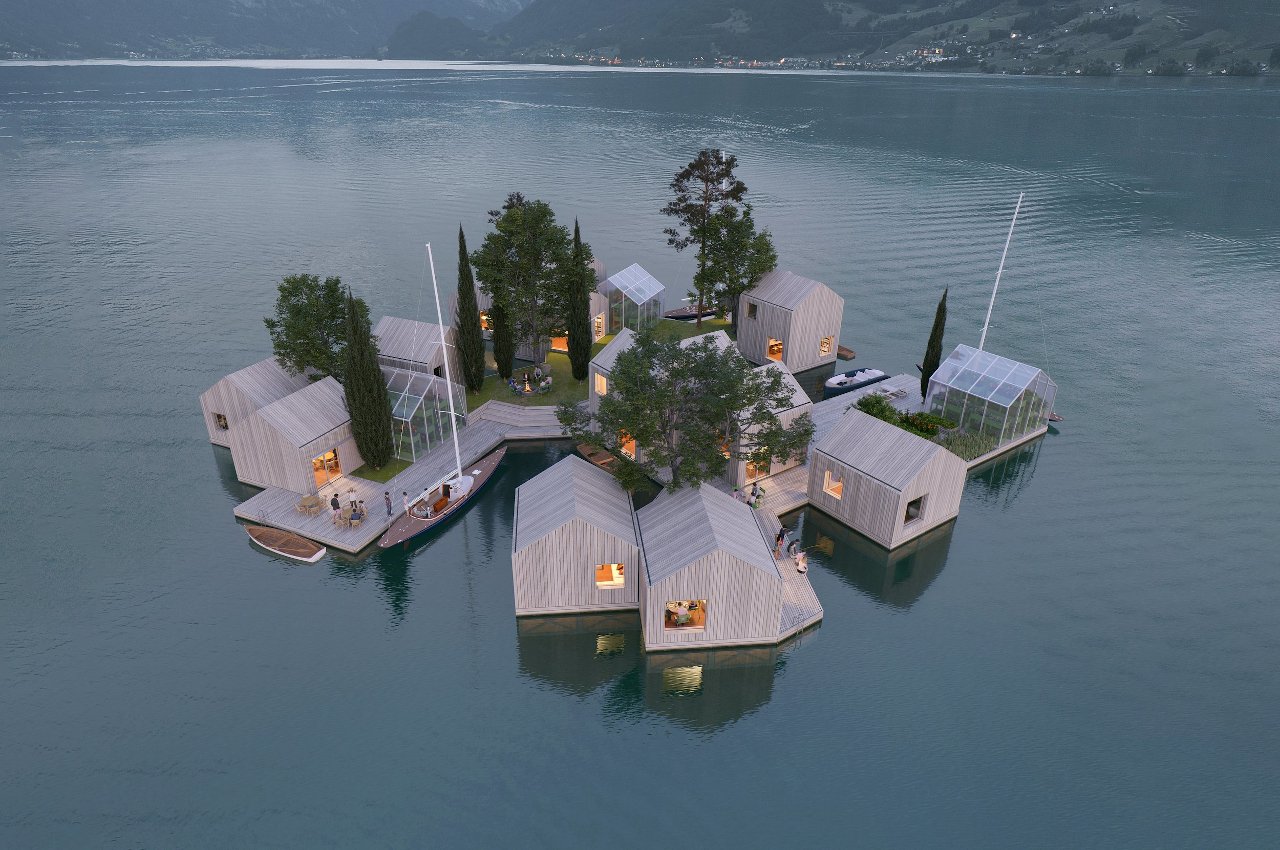 Some people are already fantasizing about setting up colonies on the Moon and Mars, but we have barely begun to understand and conquer our own seas and oceans. Granted, we might already be killing off these bodies of water because of your carelessness and neglect, but a large portion of the planet’s maritime territory remains unharnessed. Hopefully, however, we can be smarter about how we use this invaluable resource, especially when it comes to building homes below or on top of our waters. There have already been numerous ideas about how houses and even whole communities can be built to float on water, but this more sustainable concept not only respects the marine environment but even creates potential habitats for the creatures of the sea. 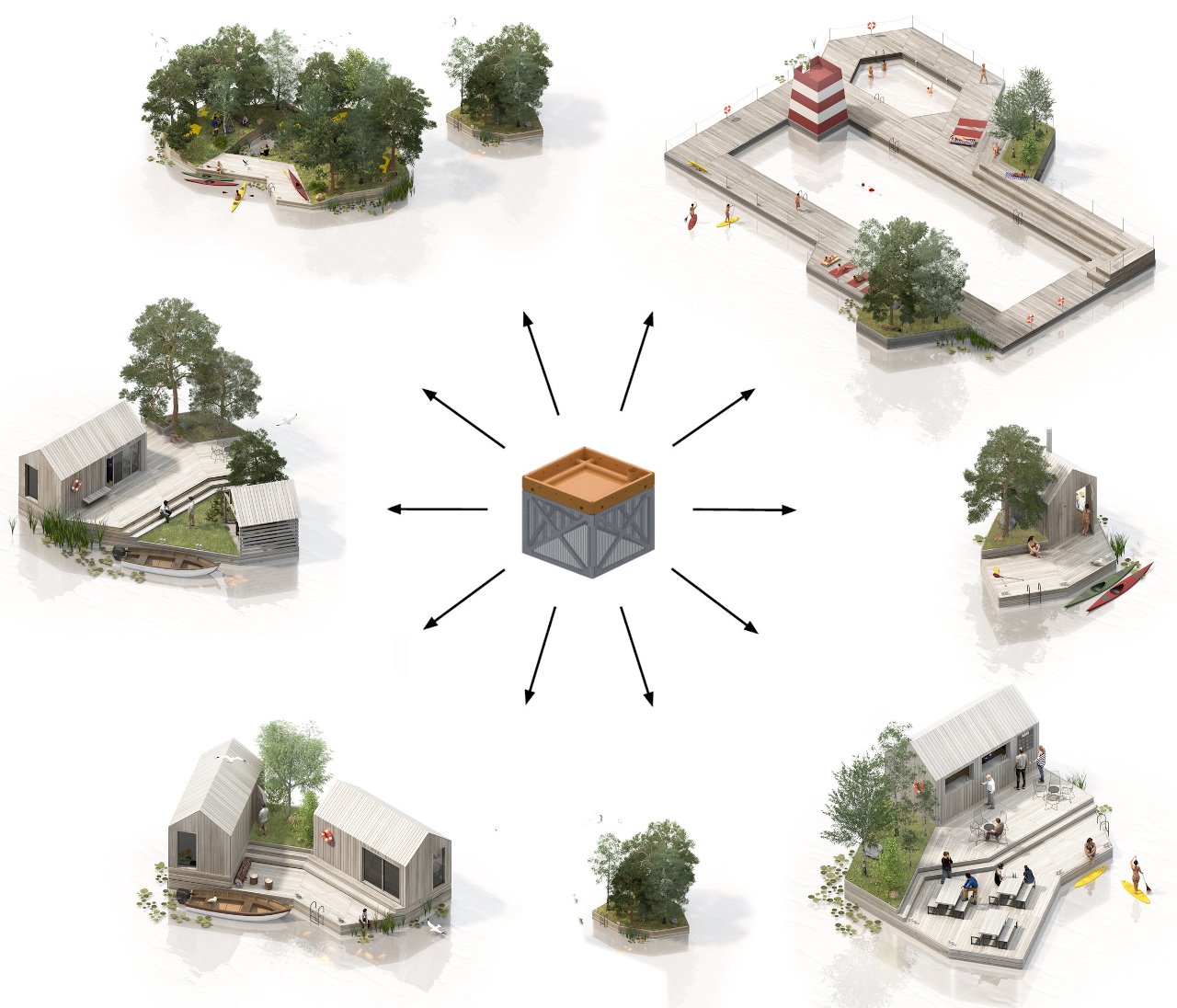 Although it will definitely require more thinking and resources, it would probably be easier if these new aquatic buildings were made using traditional materials and methods. Of course, that would also mean destroying the very environment that we’re building our new lives on. That’s nothing new as far as what we’ve been doing so far on the ground, but we already should know better by now. A new environment also means being able to start anew using the lessons we’ve learned over the past millennia, and this “Land on Water” vision is exactly that. 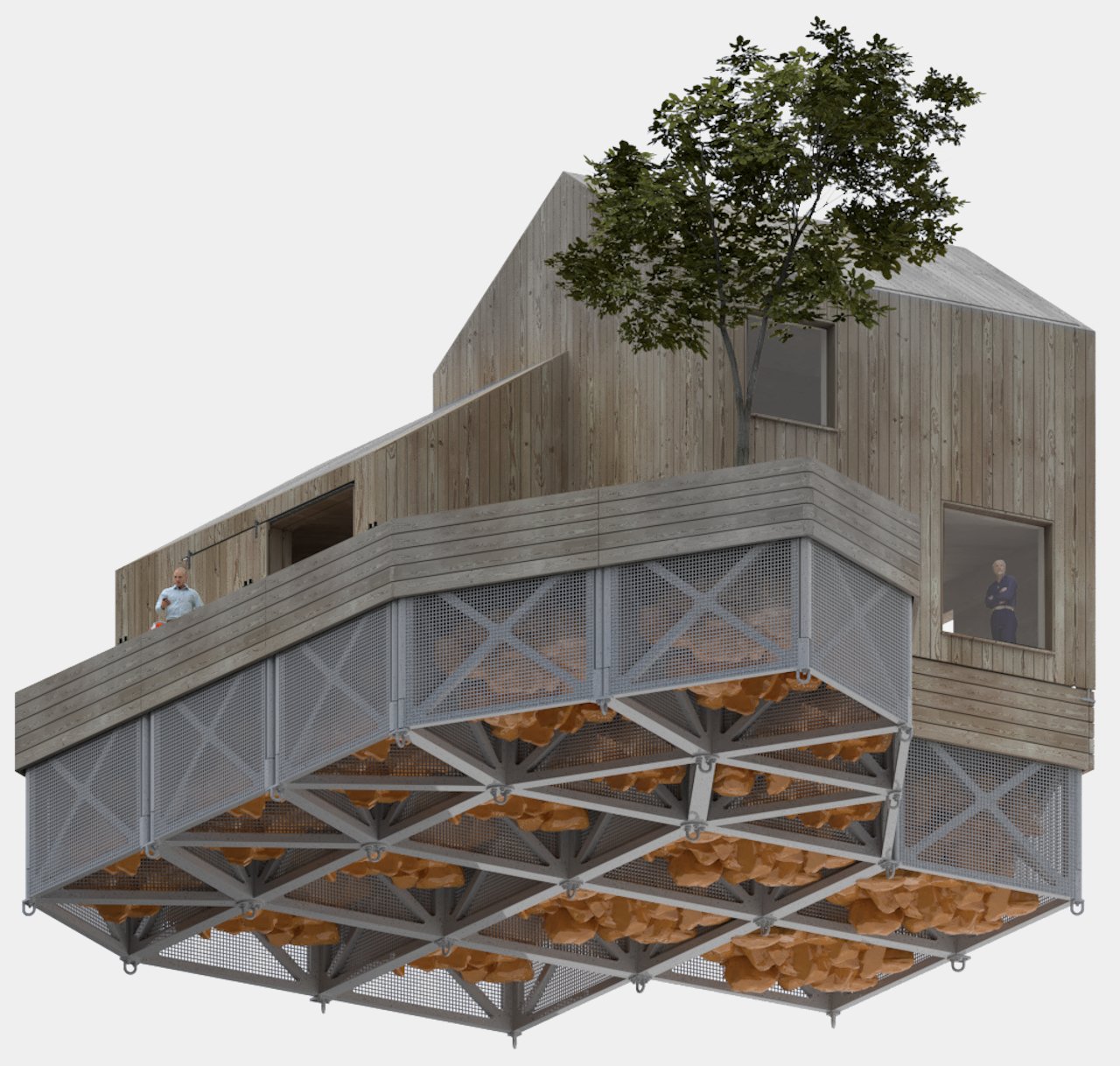 The literal foundations of this modular building system actually find their roots in ancient times. It inverts the typical gabion cage design, which is usually filled with rubble to create low-cost foundations and is instead filled with locally sourced, up-cycled floatation support to hold whatever structure is built on top. The flat-packed cages themselves are made from reinforced recycled plastic, making it easier to transport these sturdy modules and assemble them on location.

In addition to avoiding the toxic anti-fouling paints used on steel and concrete foundations, these modules can potentially become new habitats for fish and crustaceans, as well as anchor points for mollusks and seaweed. In other words, Land on Water won’t just be building homes for humans but also homes for marine life that could help support the human community above in turn. 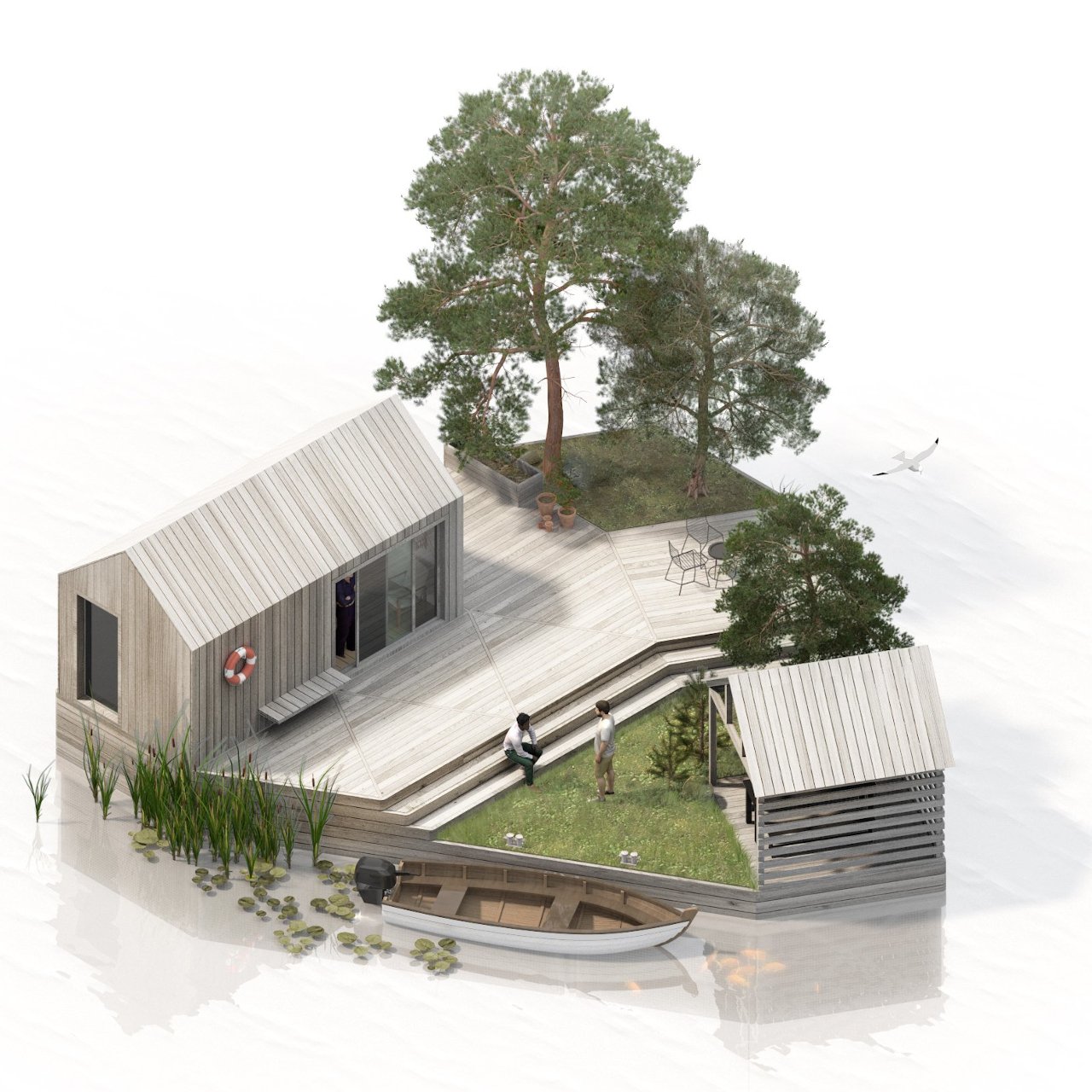 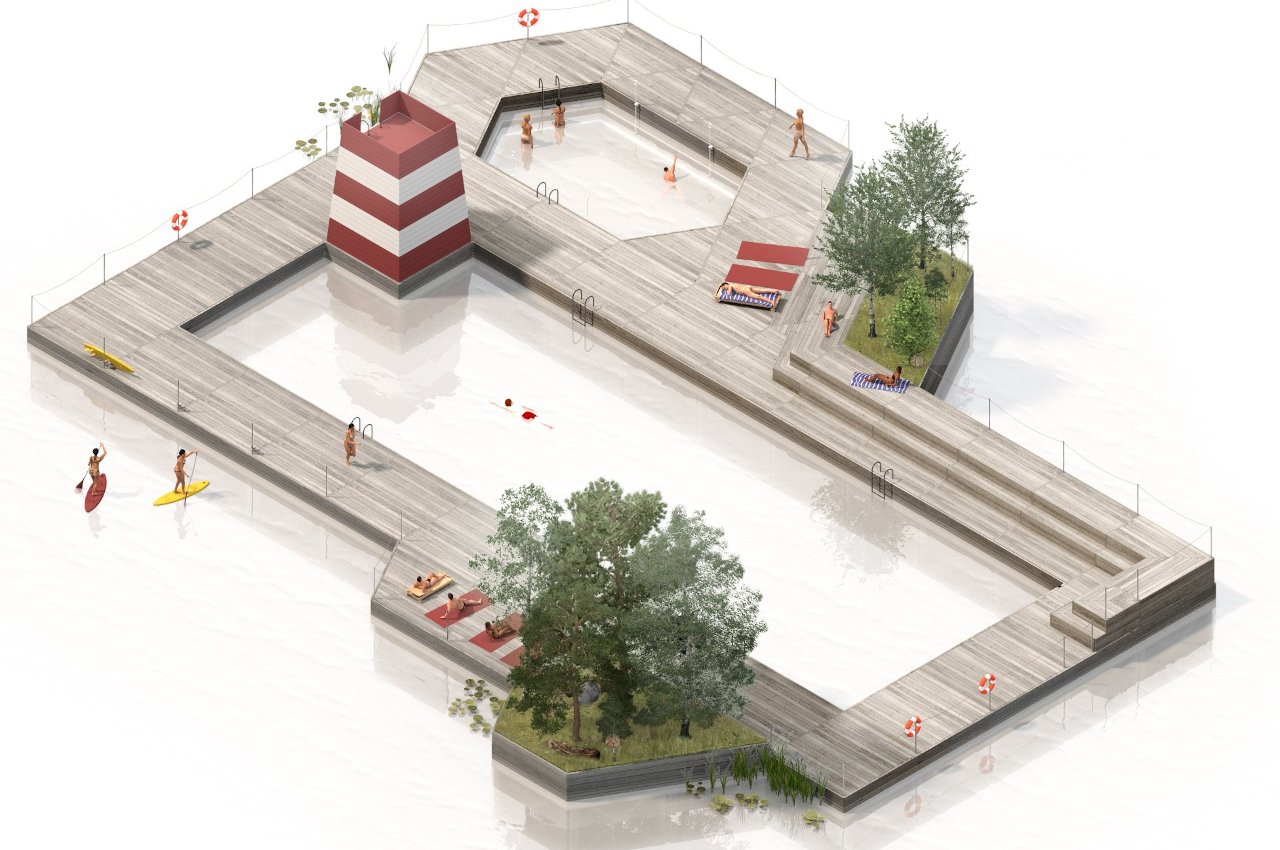 The modular cages can be used to build anything from floating houses to campsites to even pools and saunas, as odd as that might sound for structures built to float on water. Land on Water can even become the blueprint for a new kind of dynamic, off-grid floating community of the future instead of the grand structures painted by some visionaries that still embrace the traditional and harmful practices that are killing off the planet. It might not be a scalable design for supporting large and heavy buildings, but that’s exactly the point of creating smaller, more agile structures that are also more respectful of the environment they’re built on. 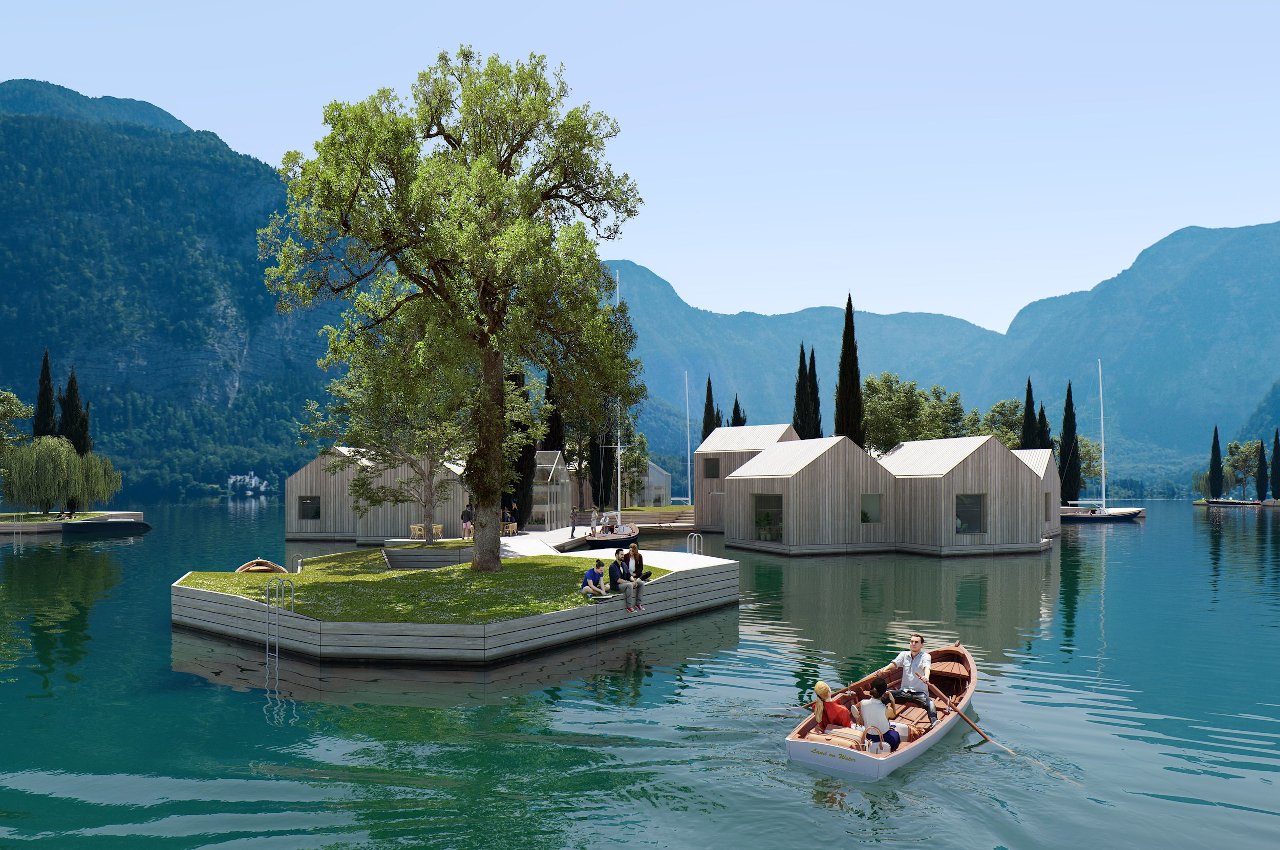 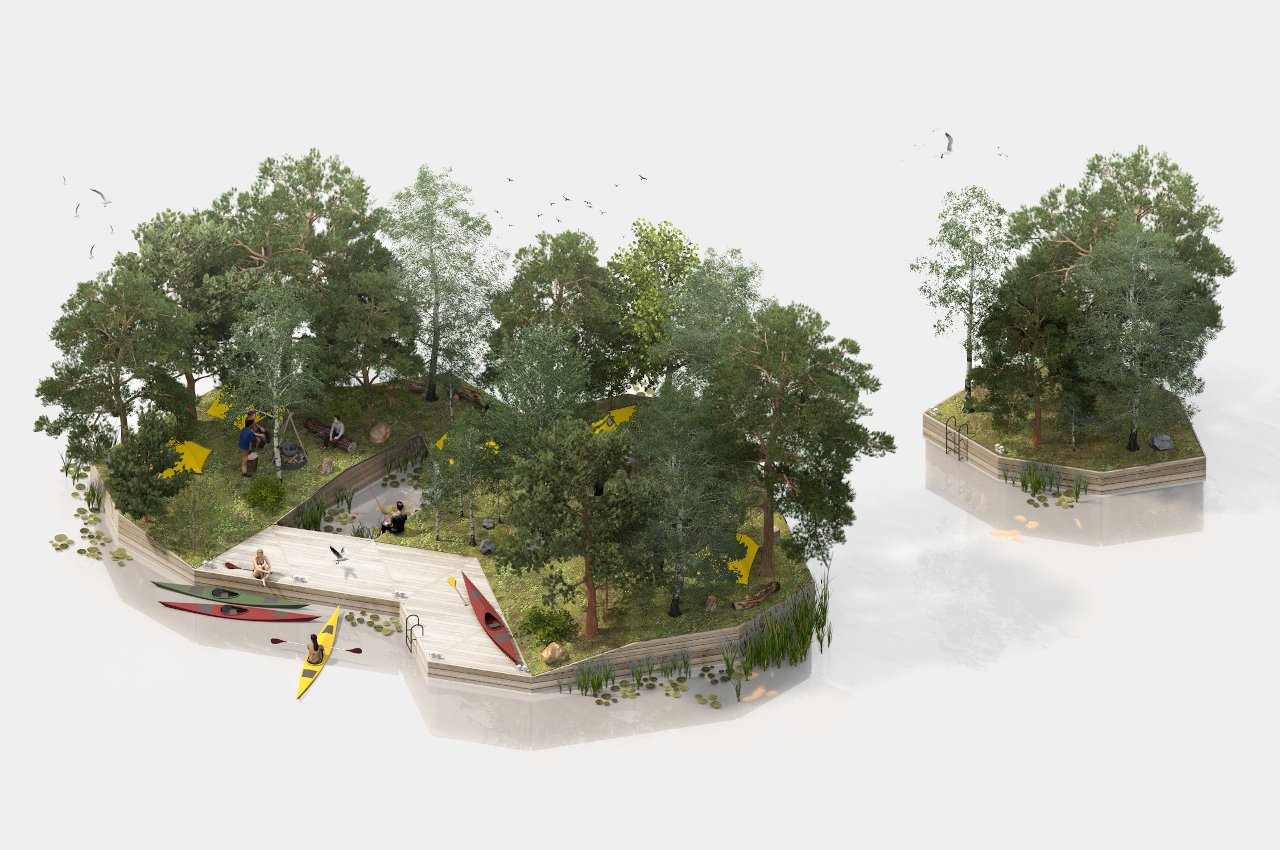