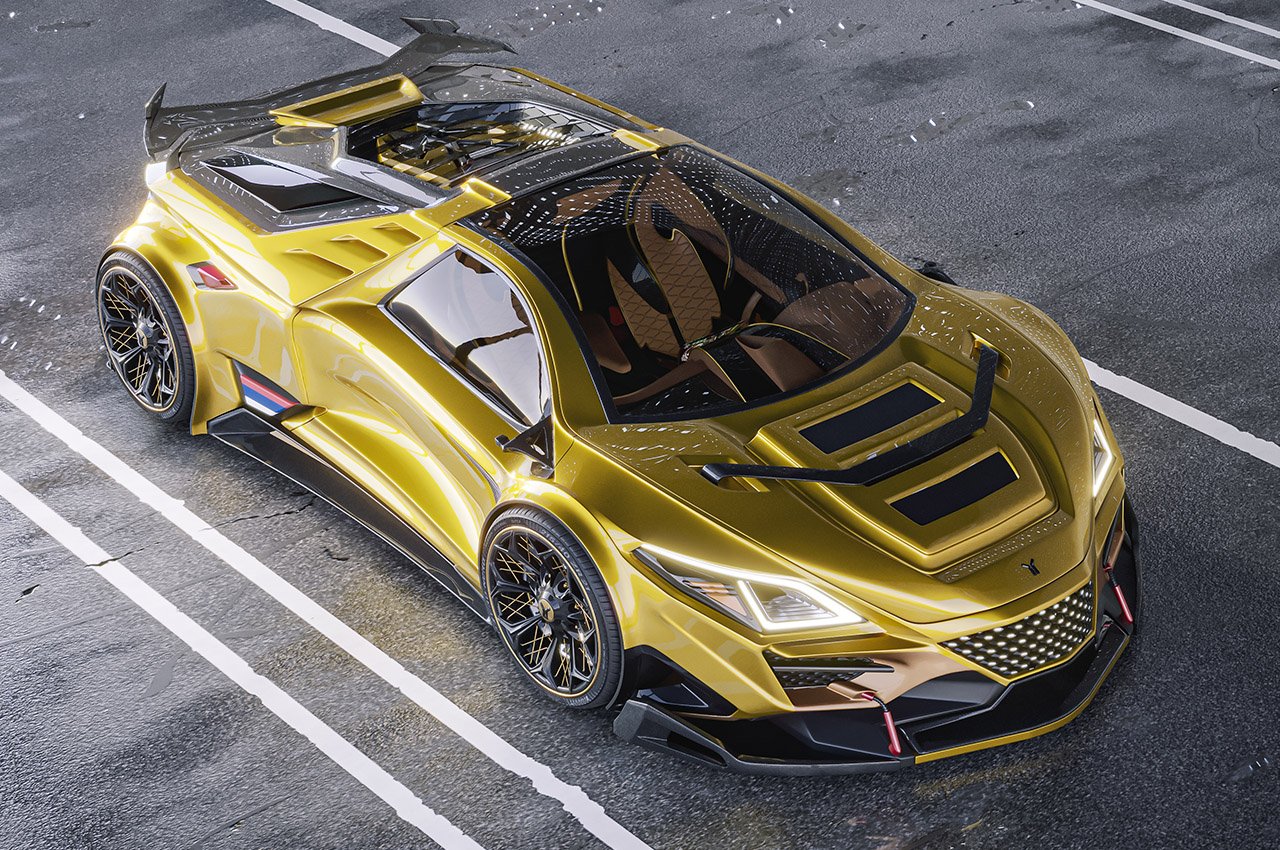 European car brands have made big inroads in the global automotive scene but the same cannot be said for Serbian international car maker Zastava Automobiles. The company ceased vehicle production in 2008 owing to bad core management which overshadows the fair success of Zastava Yugo. The modern compact city car was a good alternative to Fiat 128 and was popular among the crowd for its cheesy design and thumping attitude back in 1977.

There was a cult following for the Yugo in the following decades with modifications and tuning customizations. However, the brand failed to keep up with design and performance evolution at the factory. This led to the downfall and fast-forward to the present day – not many people have even heard of this automotive manufacturer. Now, a Serbian-based designer envisions what could have happened if the brand continued on its path of success. 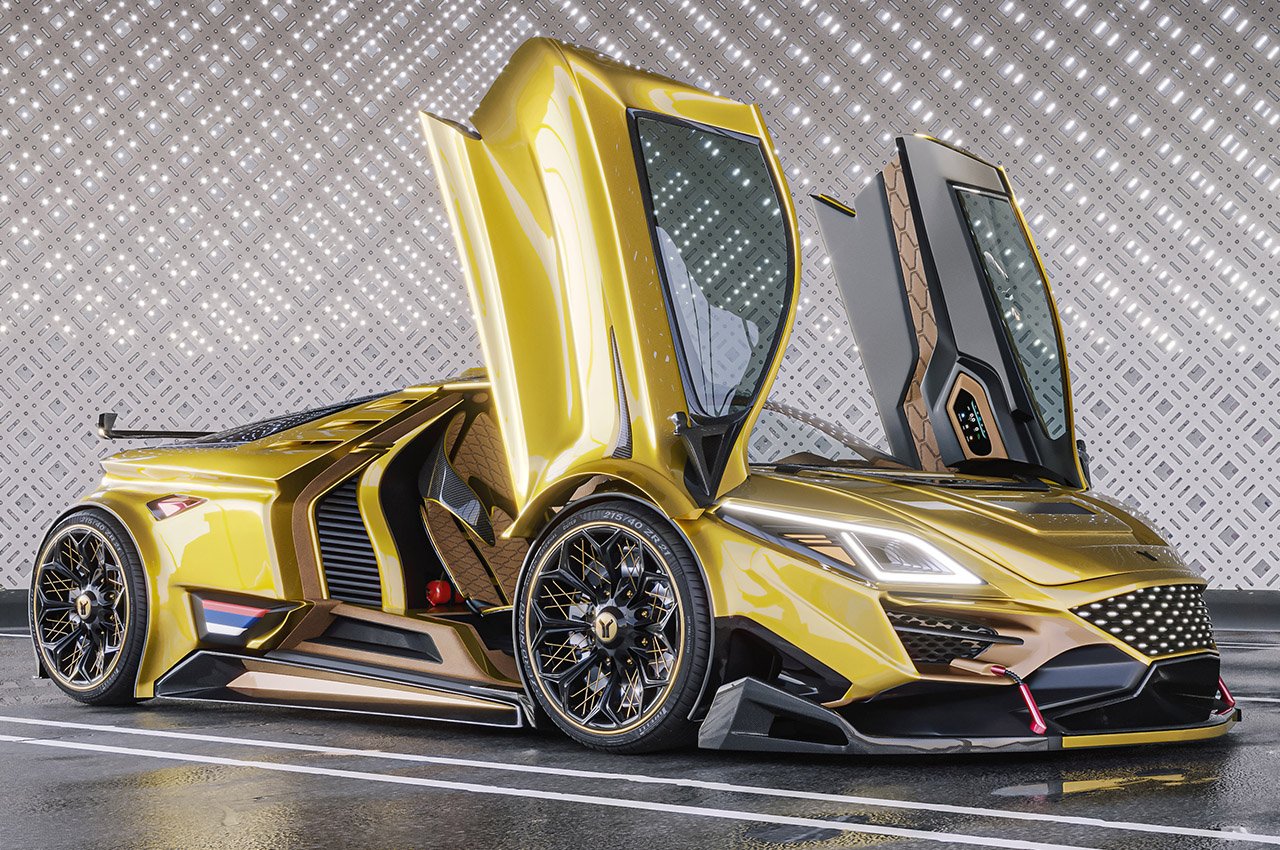 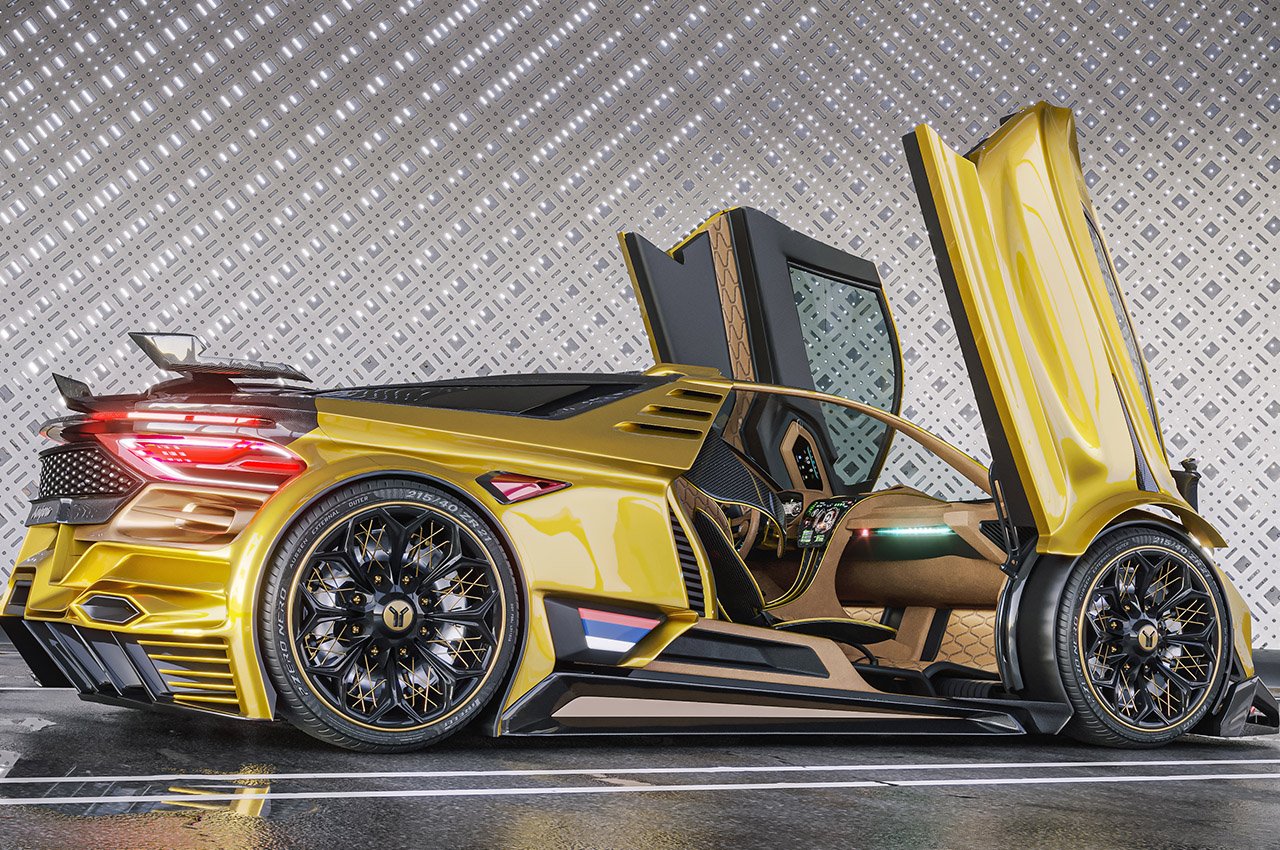 This flamboyant supercar powered by an electric powertrain is the reimagined evolution of the Zastava Automobiles brand. Although not any inspiration derived from some old model for looks, the Yugo Ampera concept is meant for the pure thrill of driving without being harmful to the environment. Marko admits that he wanted the EV supercar to look like a Lotus and adopt the technology of a Rimac Automobili based in Croatia. The result is a handsome-looking performance beast with 4 engine motors, an independent suspension system, and an advanced charging system. 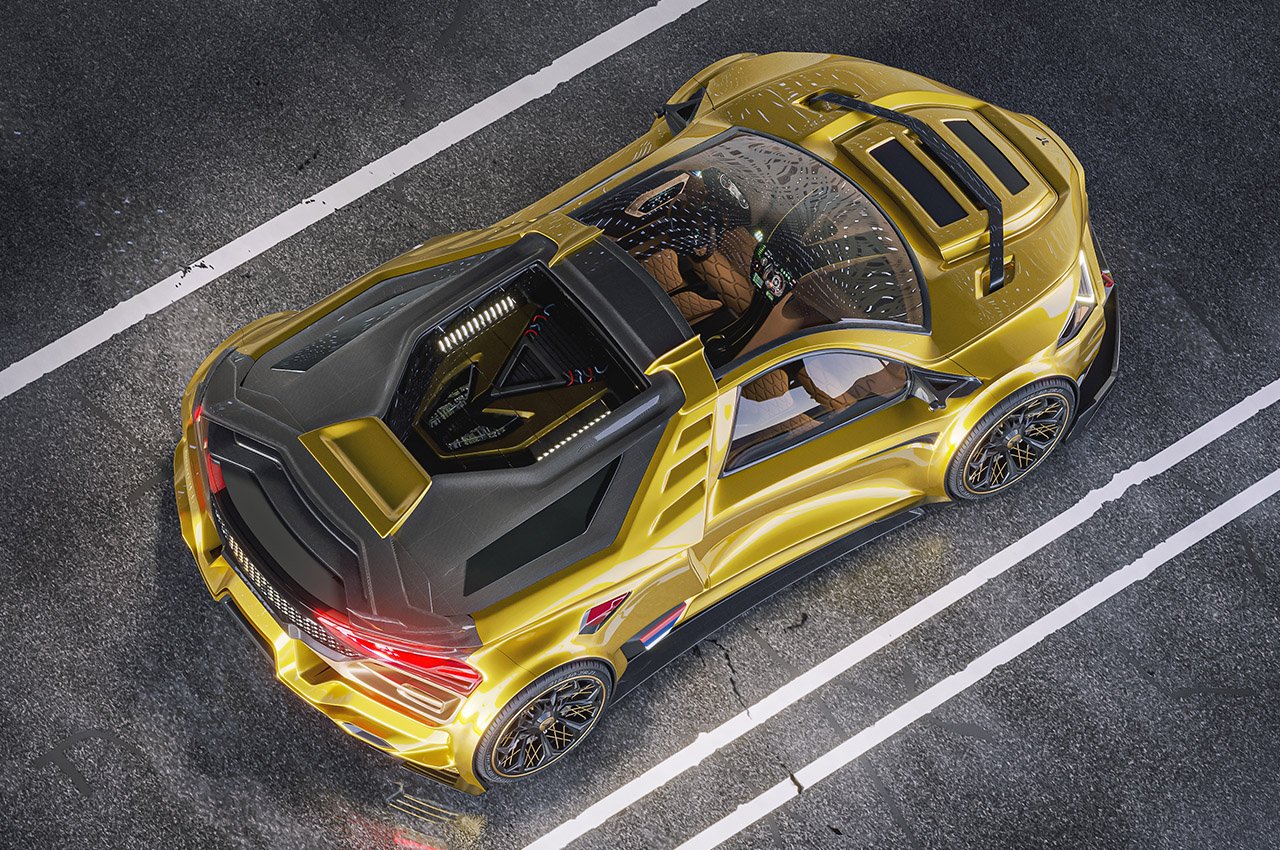 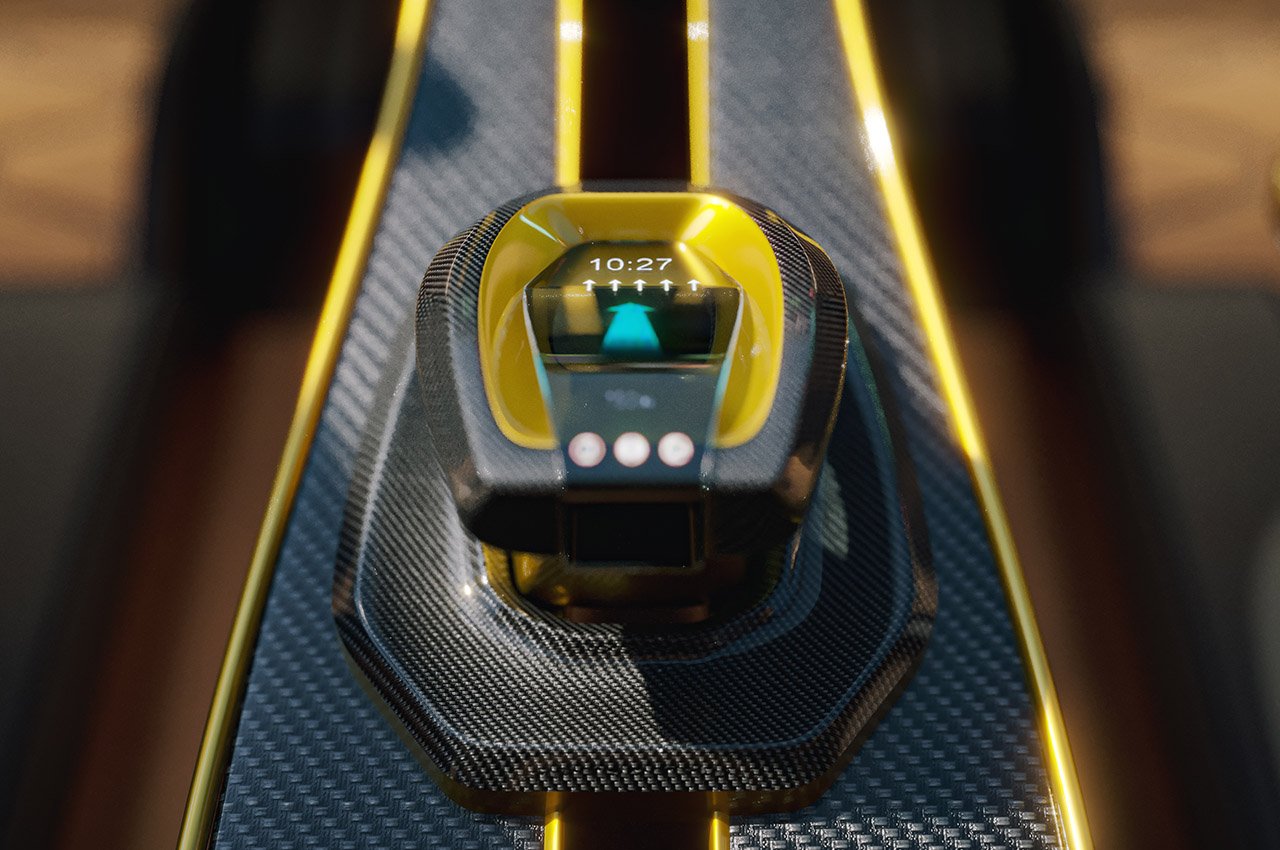 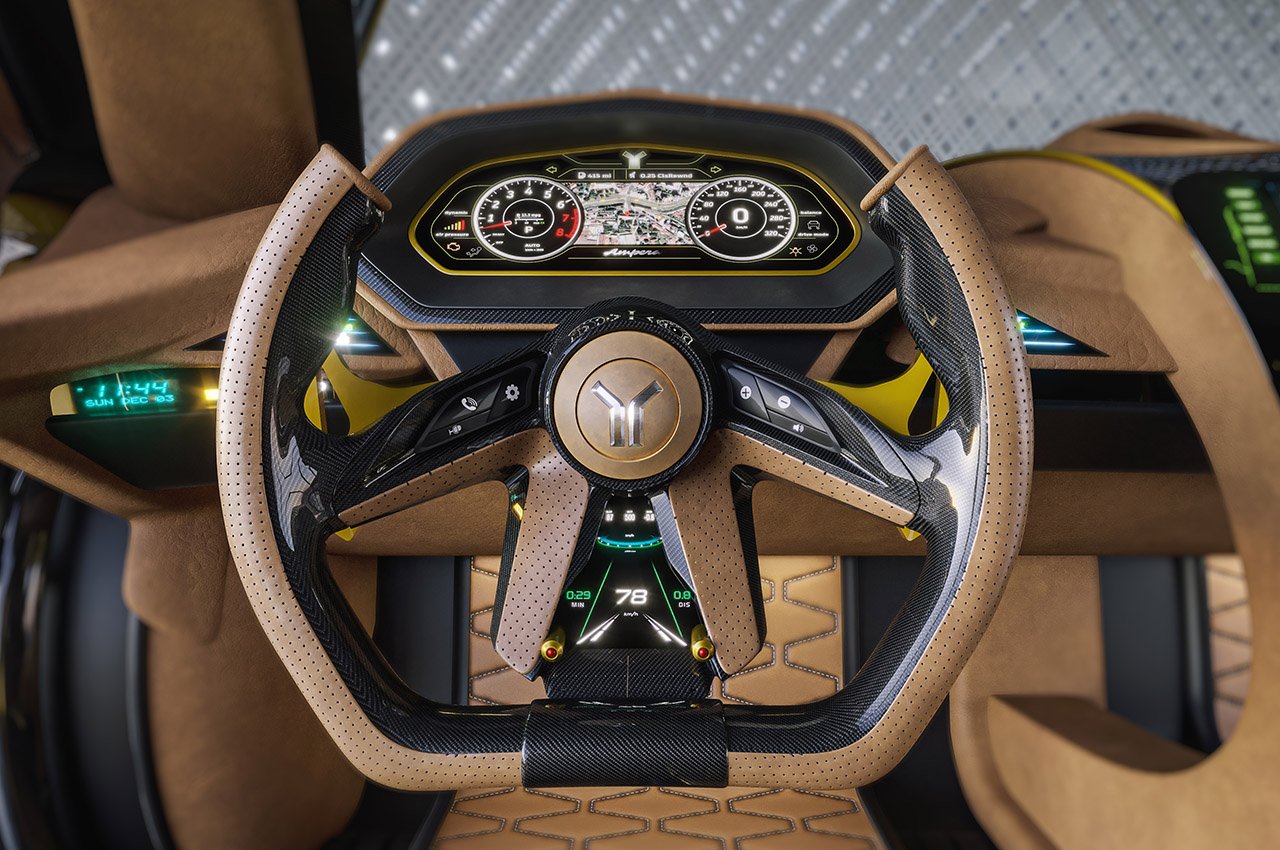 For city driving the car employs battery power, while for the freeways where you can put the foot to the metal, the AEC (Accumulated Energy Storage) system assimilates energy and works with the tunnel system placed underneath the car. The propeller generates power and AEC connected to the wheel engines delivers power directly. The complex system has a configuration system and propeller cage in the lower position mated to the tunnel and turbine generator. The air intakes we see here are not for the looks and are fully functional to enhance the power delivery of the Ampera.

See also  This Polestar electric bike is a perfect amalgam of looks, power and ergonomic comfort 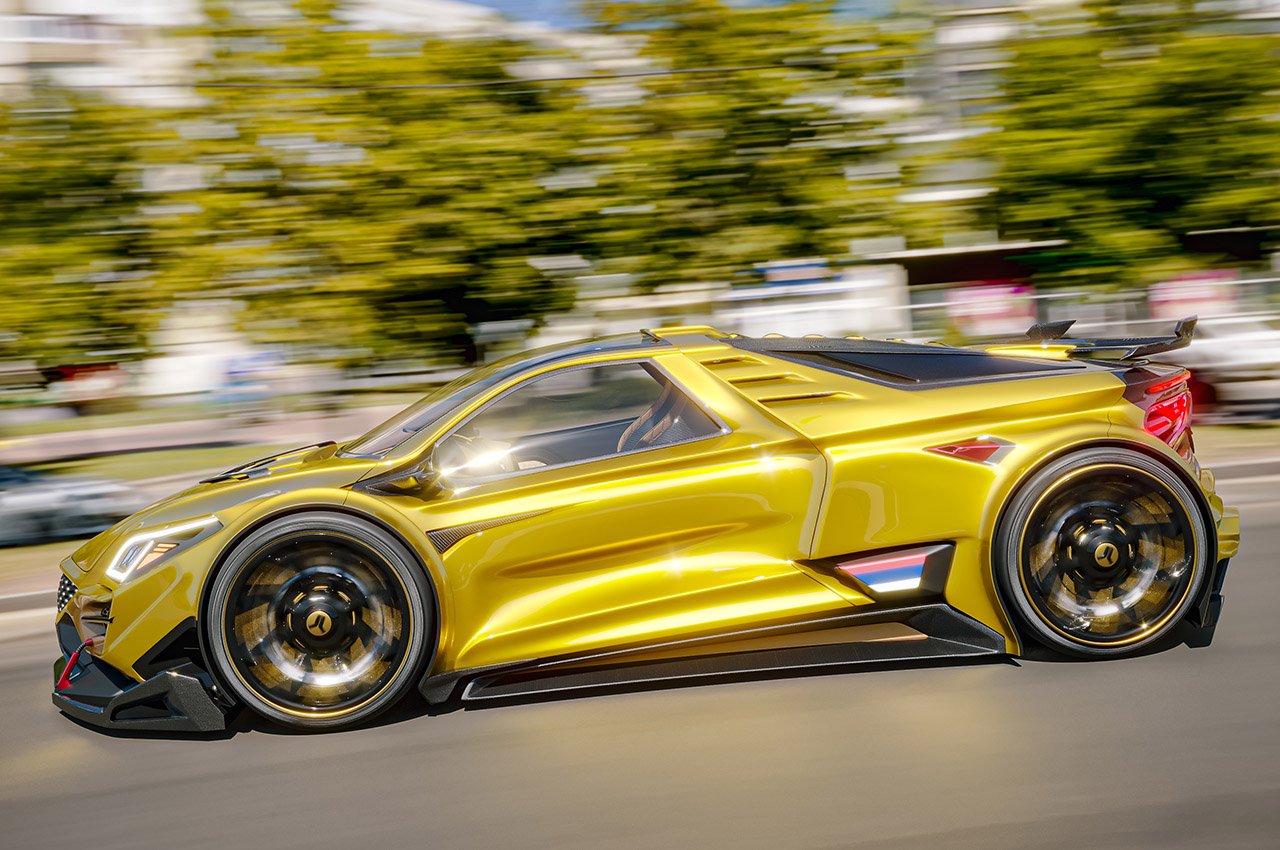 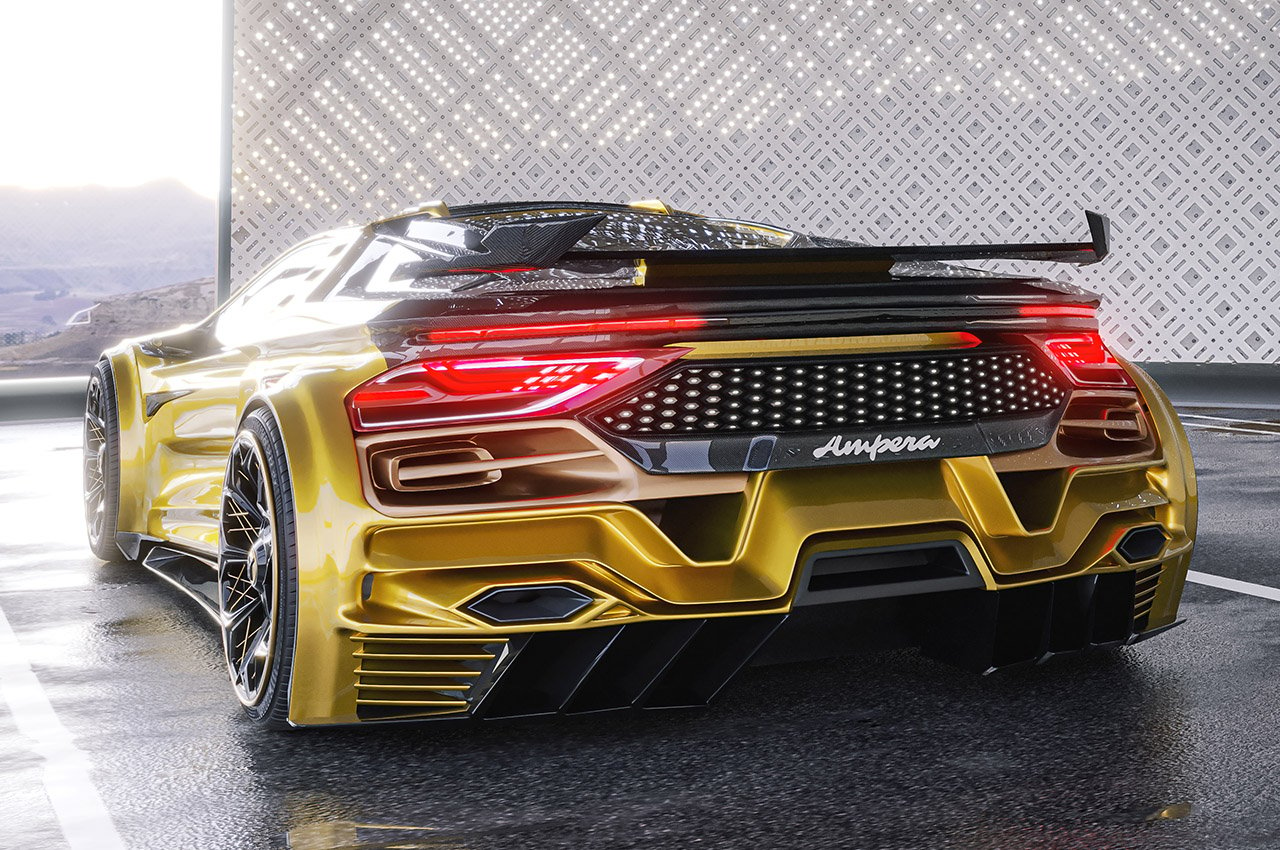 The hood, grille and headlights of the supercar have an intimidating stance, and the same design language follows down to the side lips, wings and sideline that adopt an edgy design language. The swanky exterior in gold yellow is complemented by the brown/khakhi for the interior. The performance EV gets a molded single-piece Recaro cage seat, multiple screen setup, and gear multi-device that also doubles as a gear shifter! 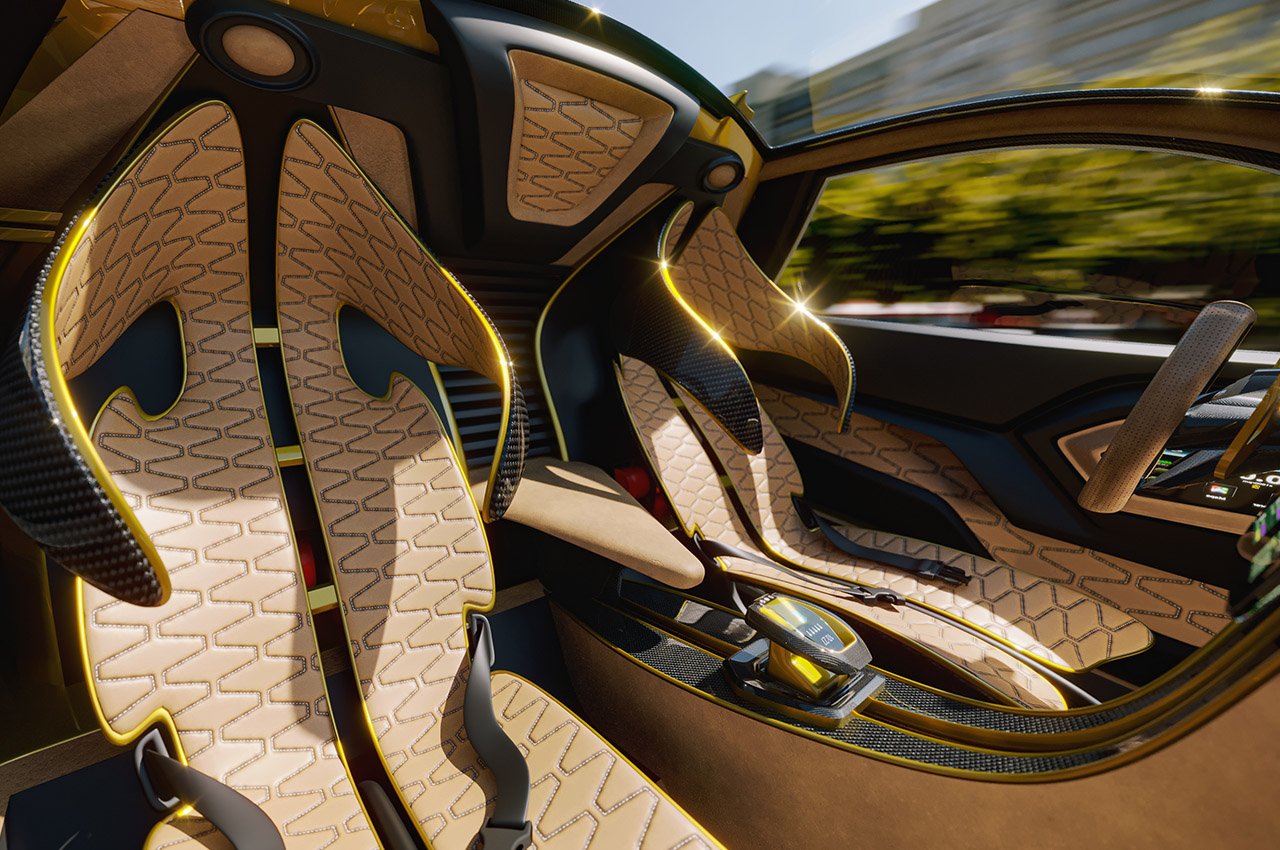 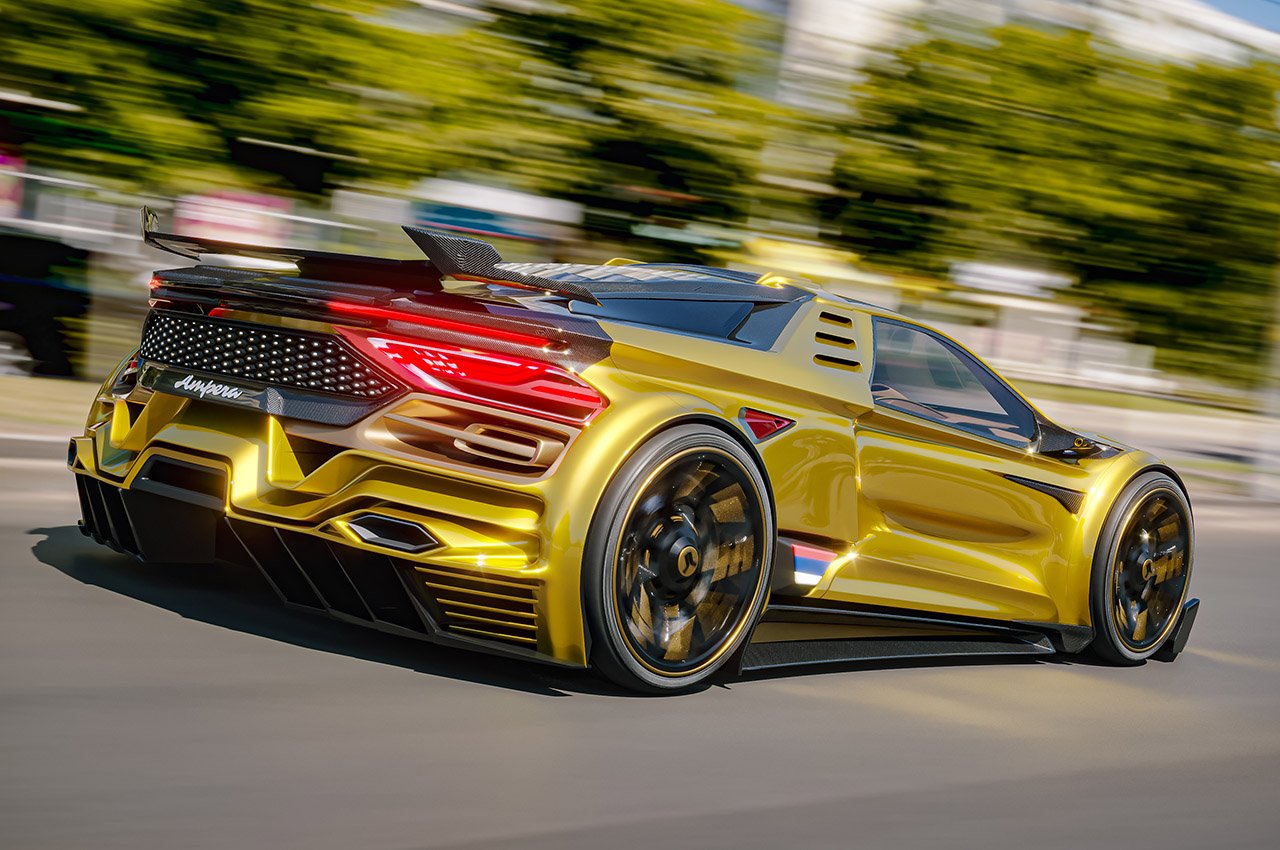 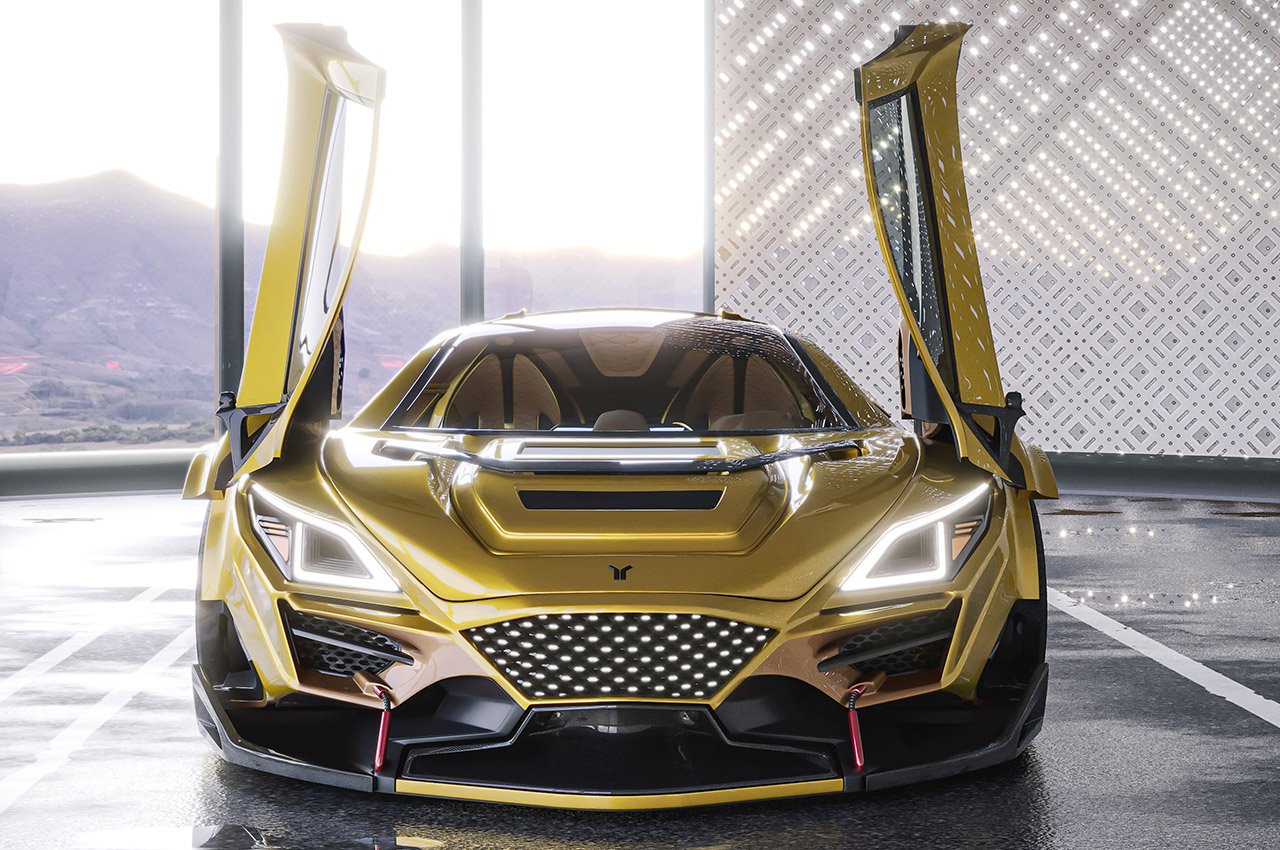 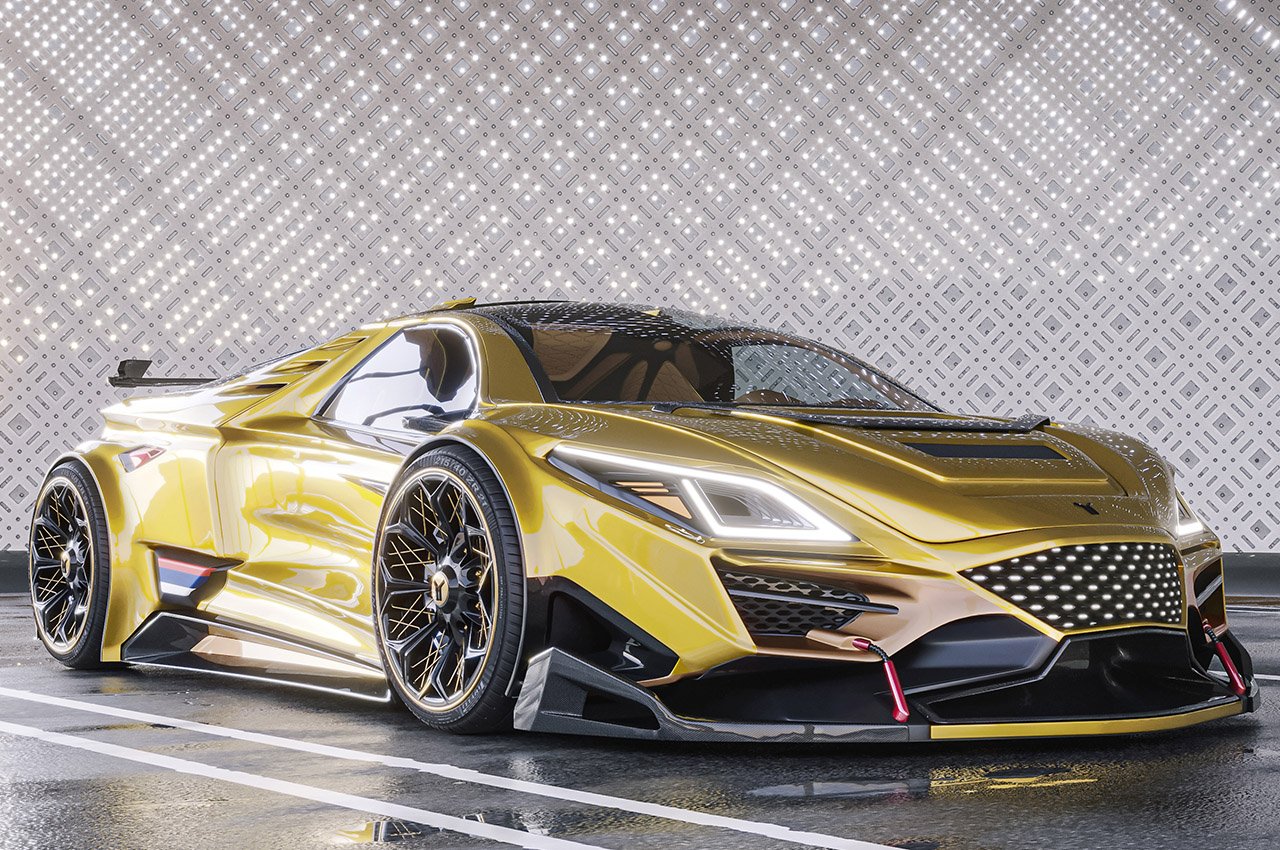 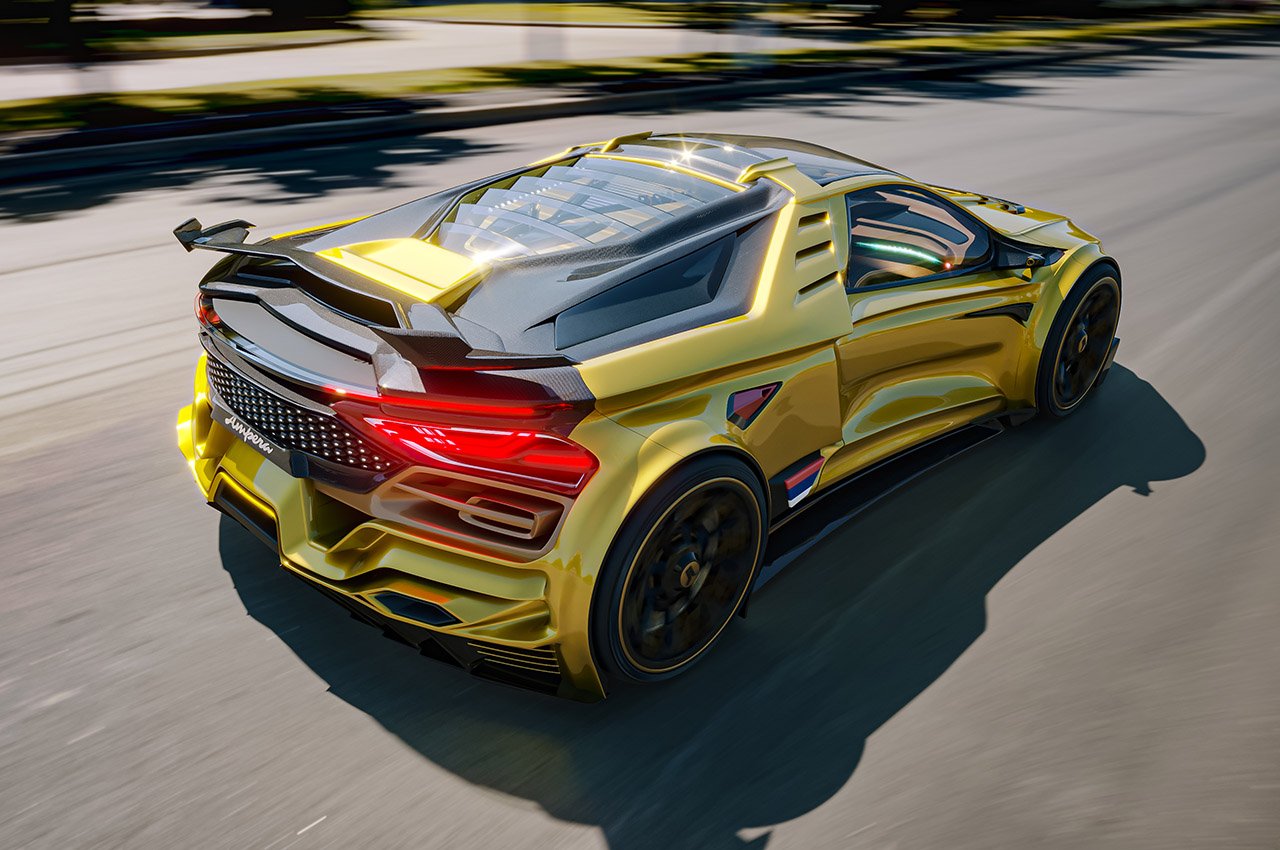 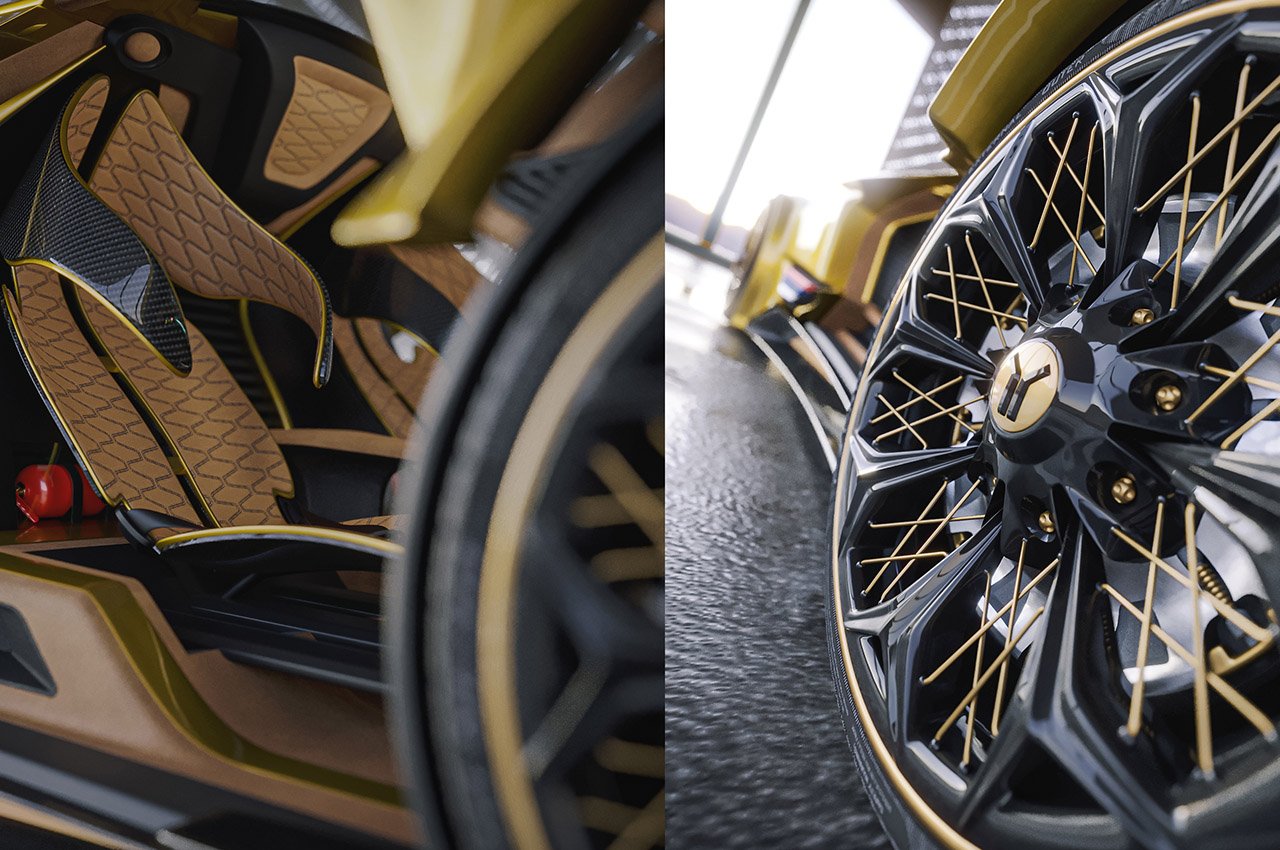 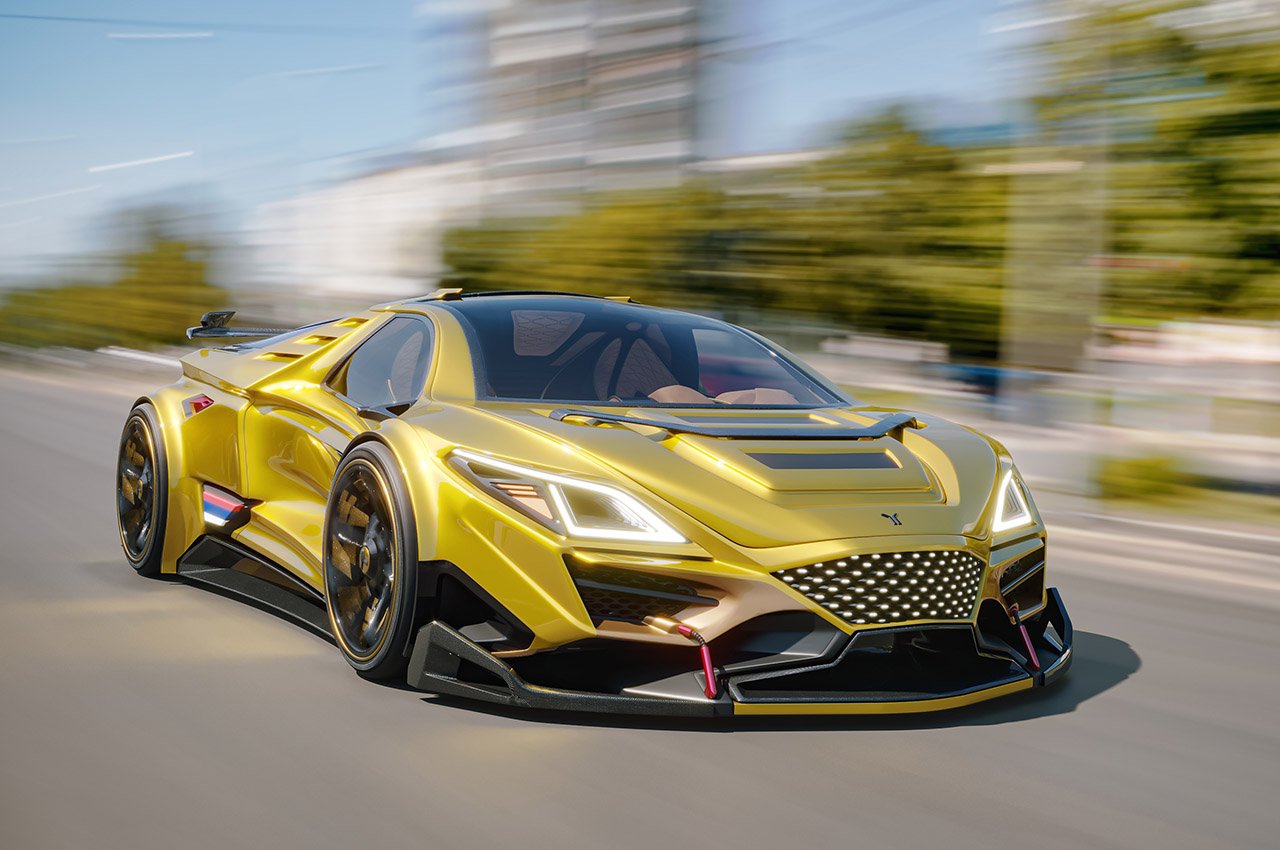 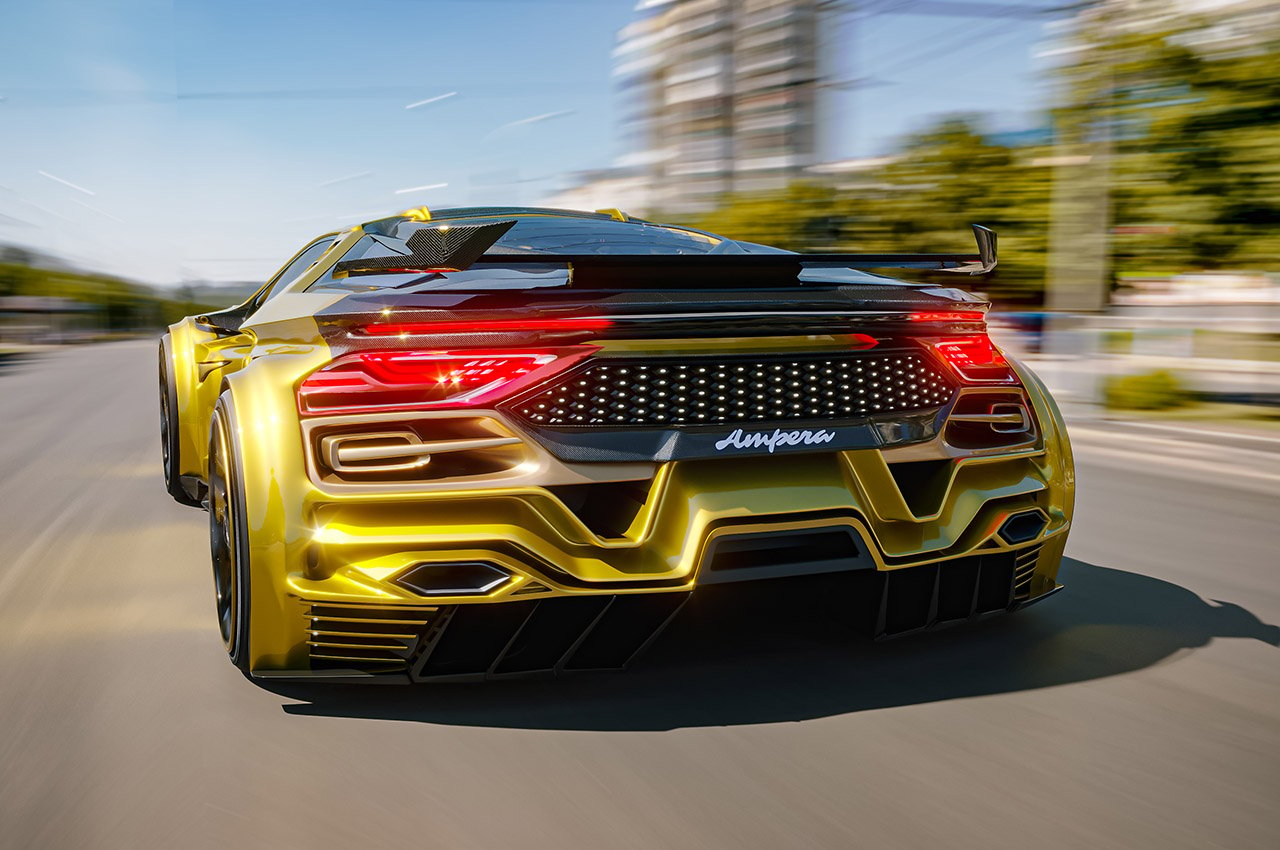 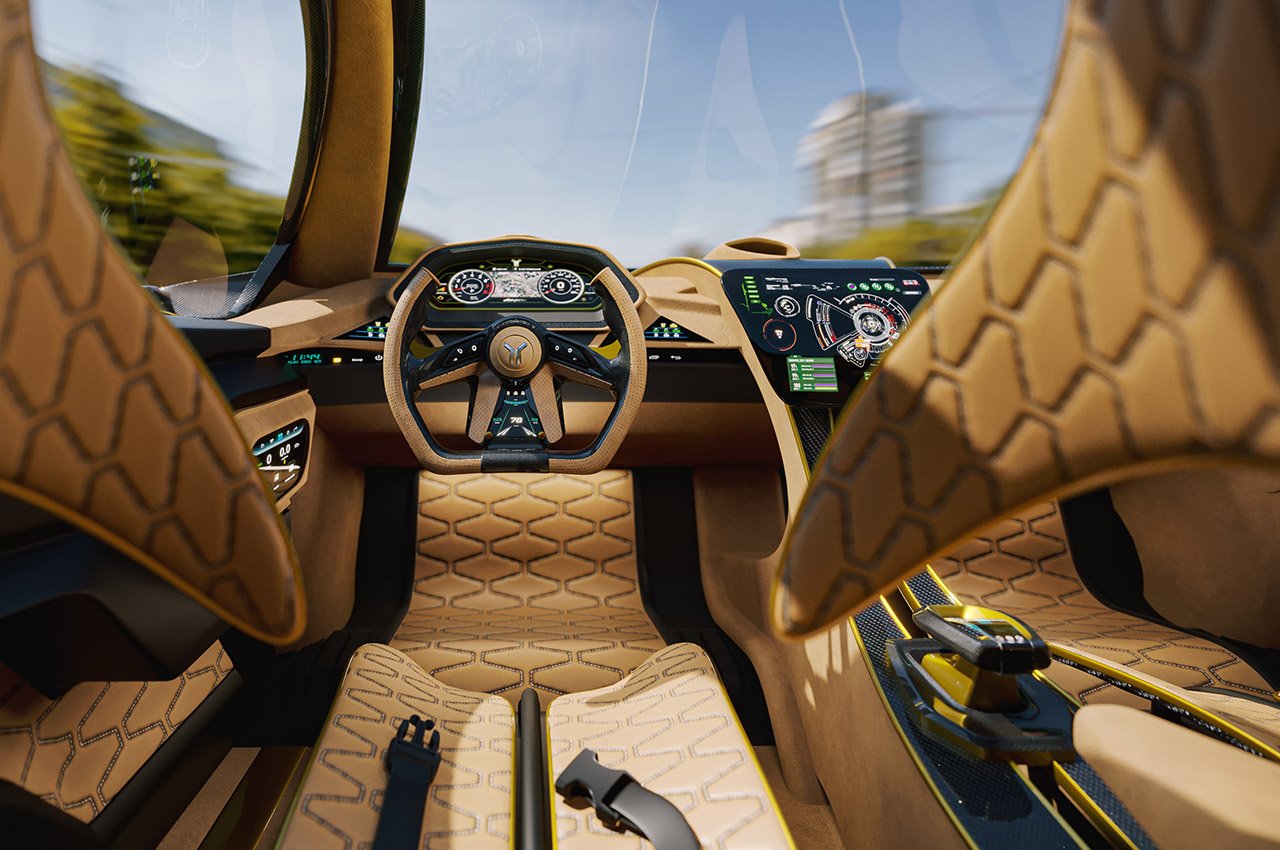 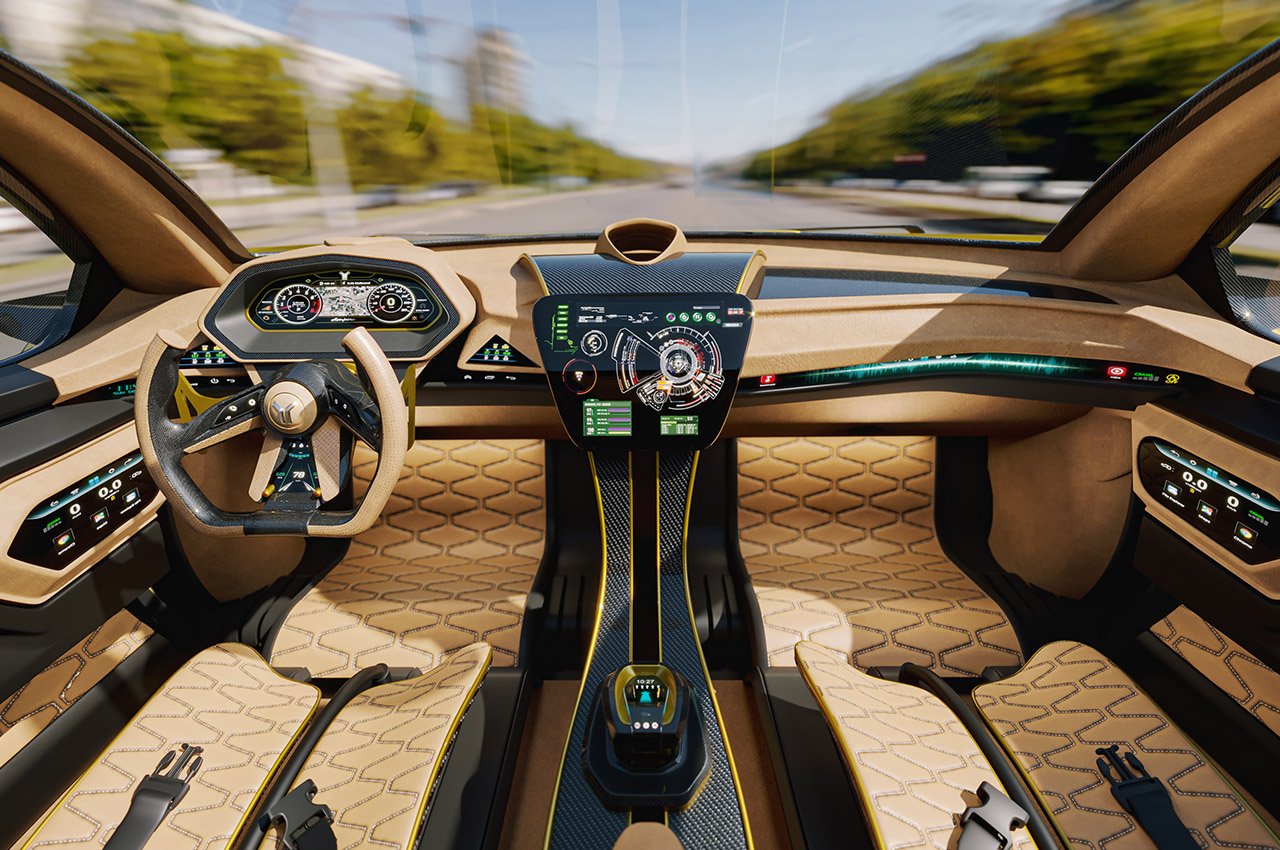 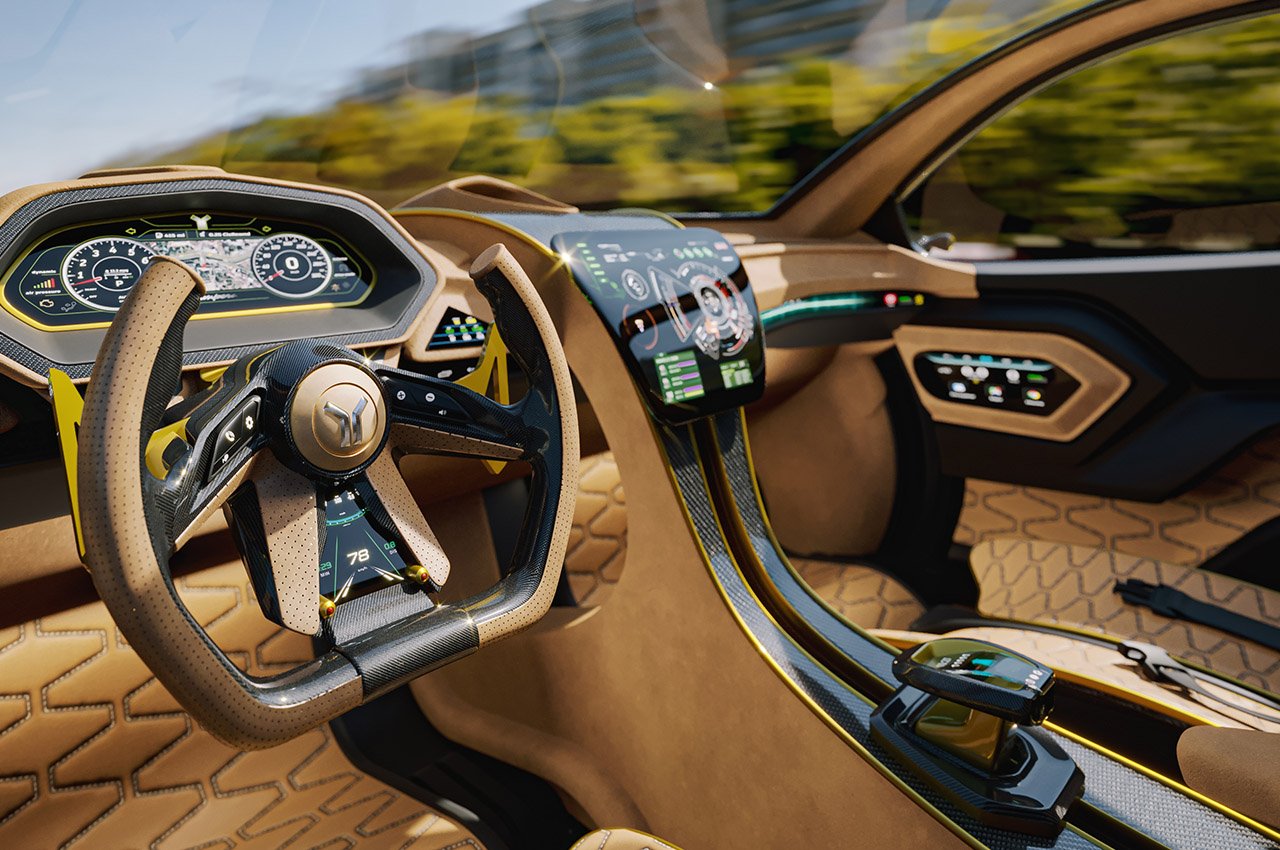 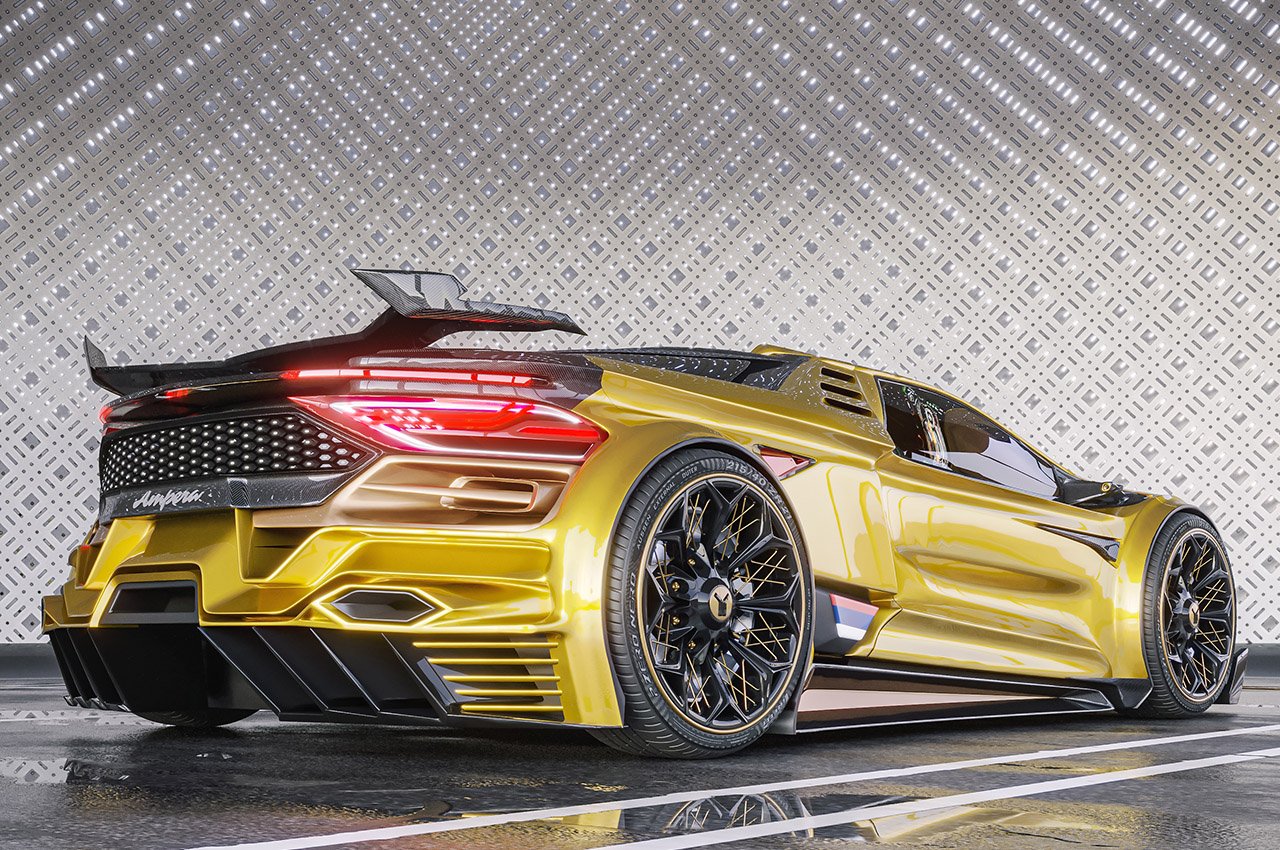 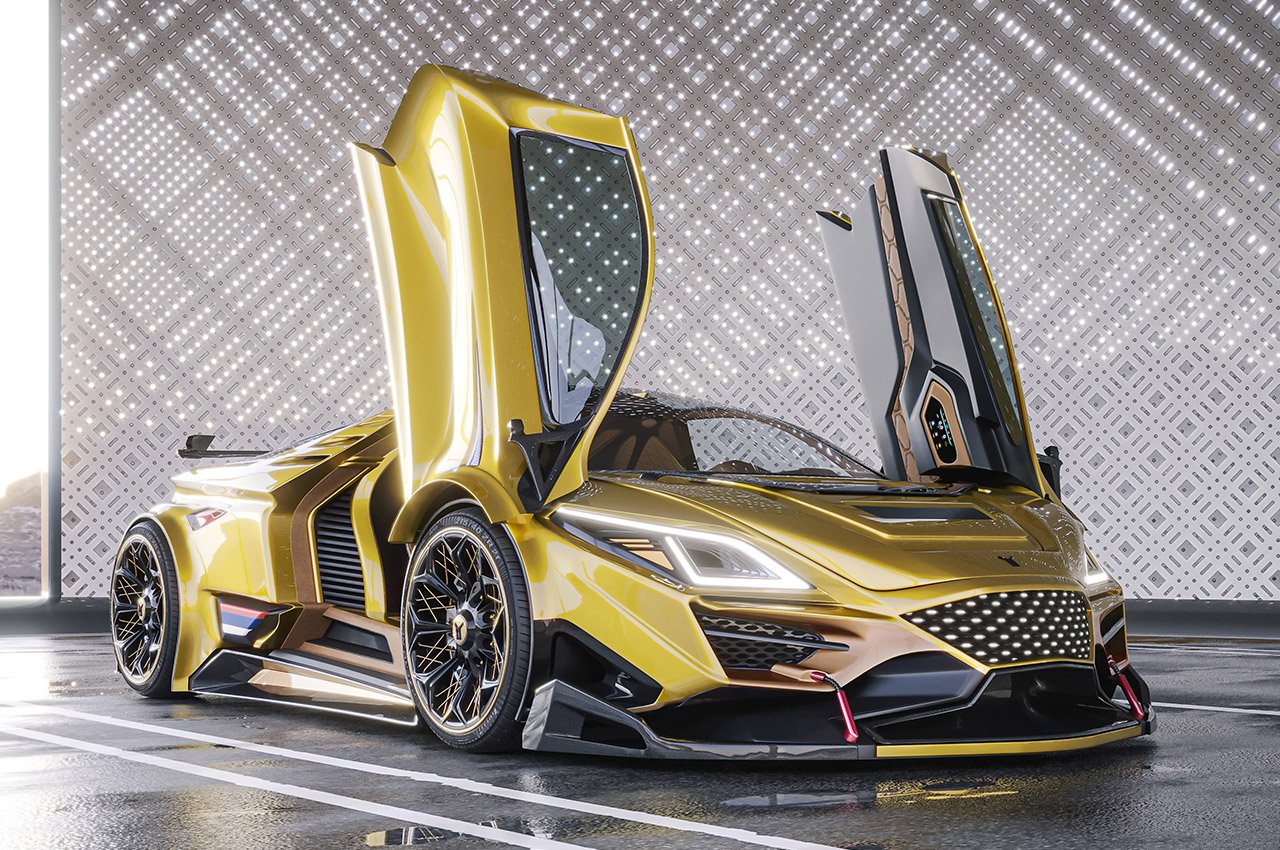 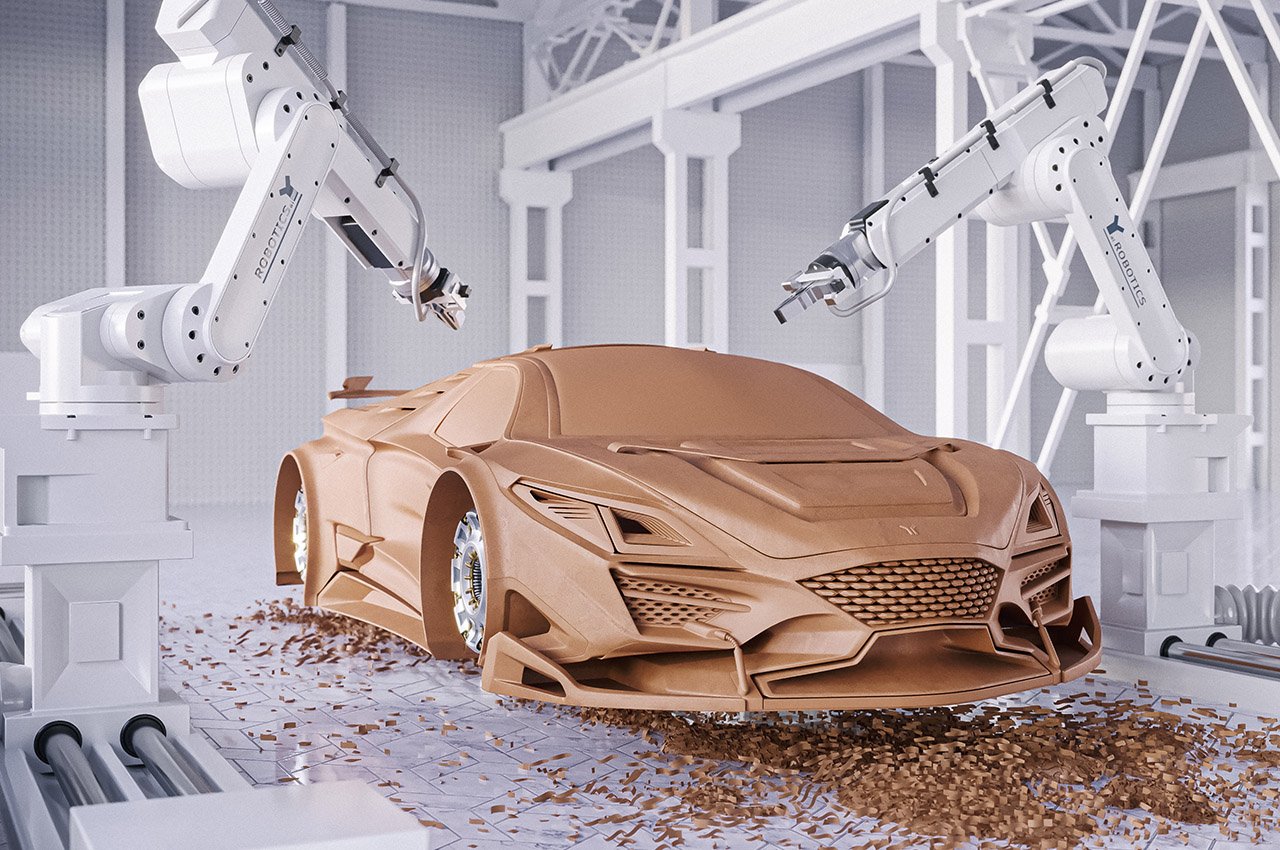 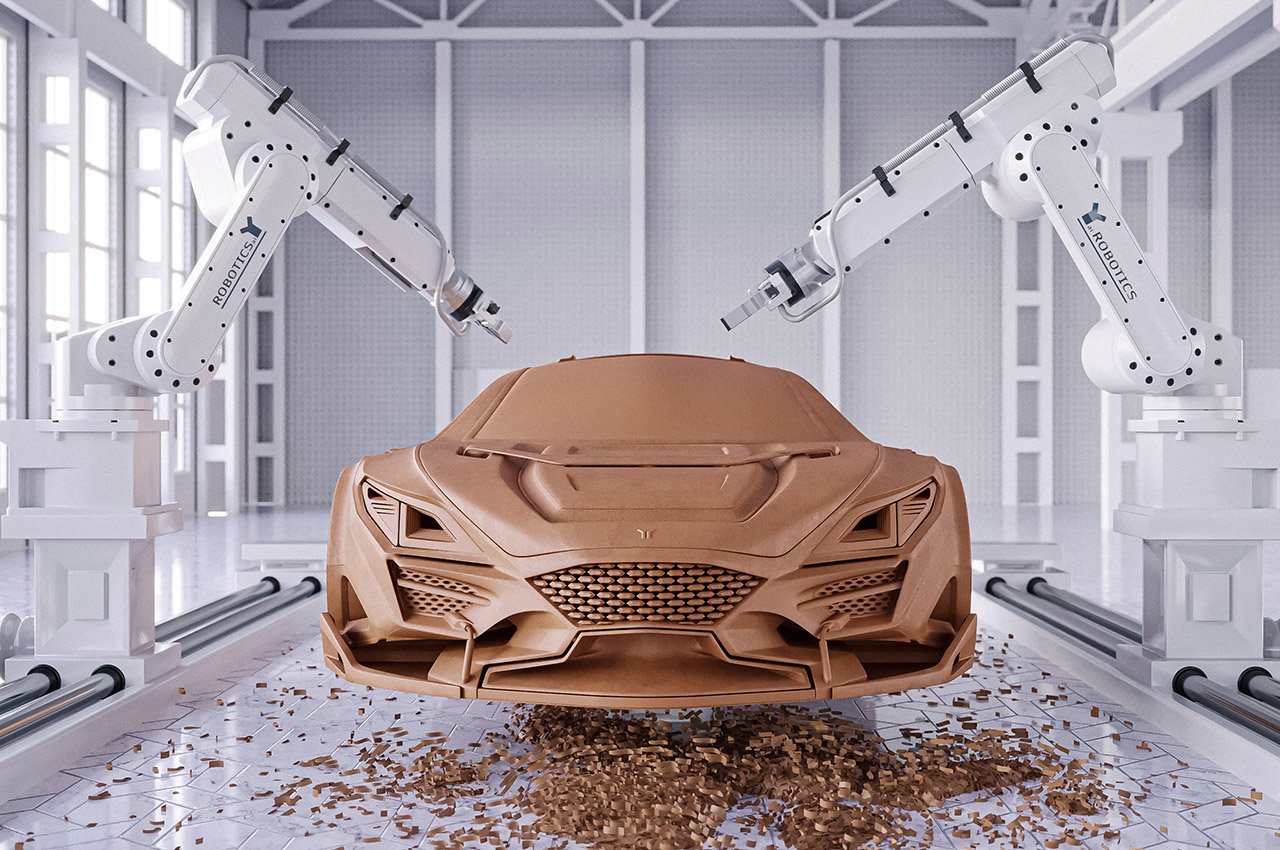 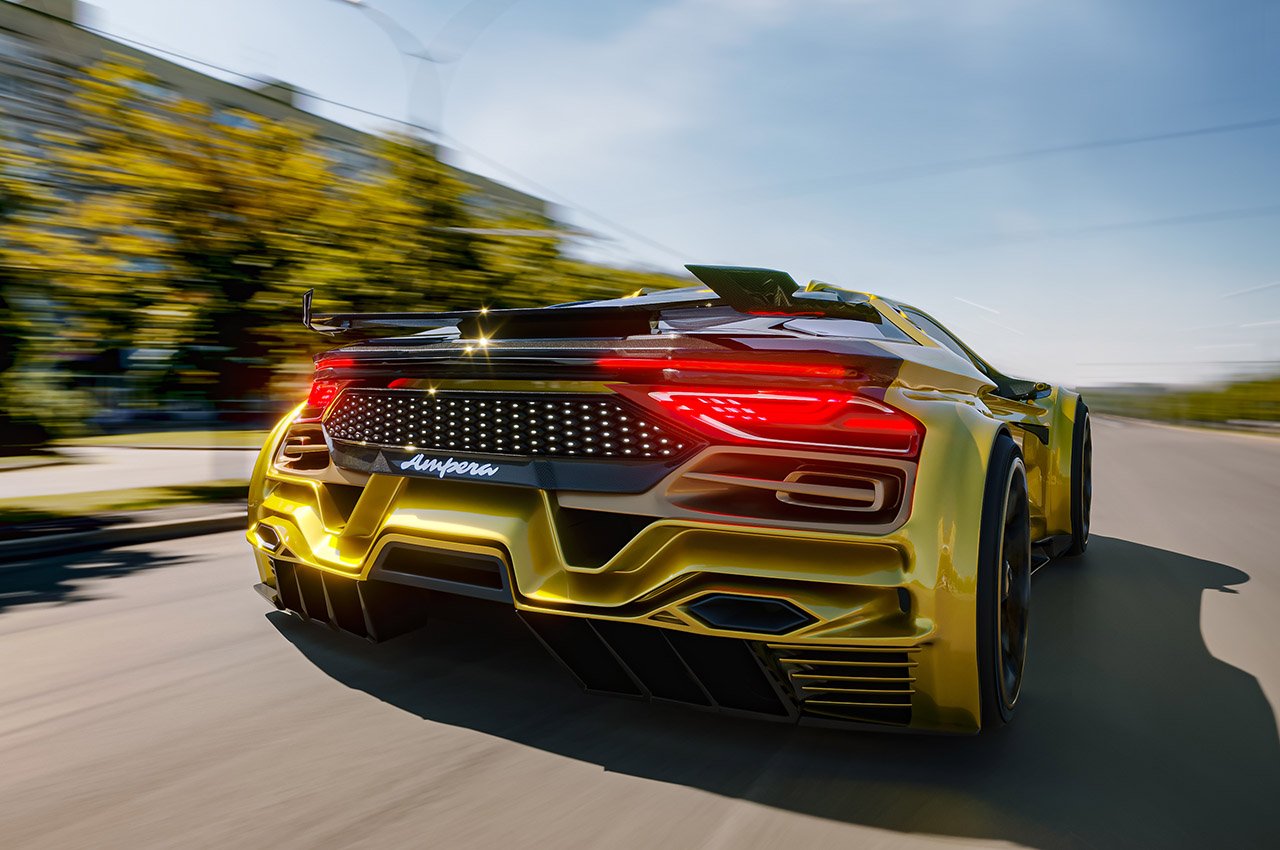 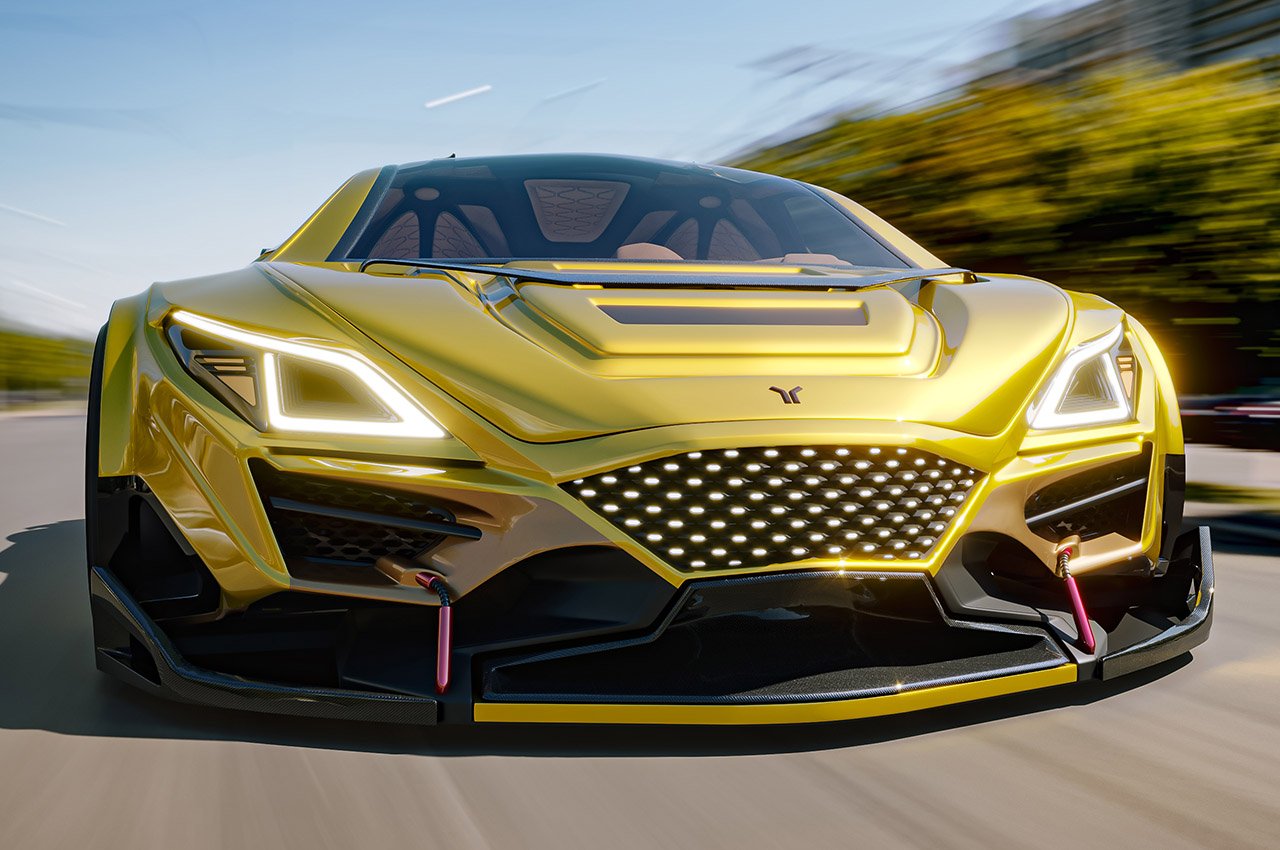