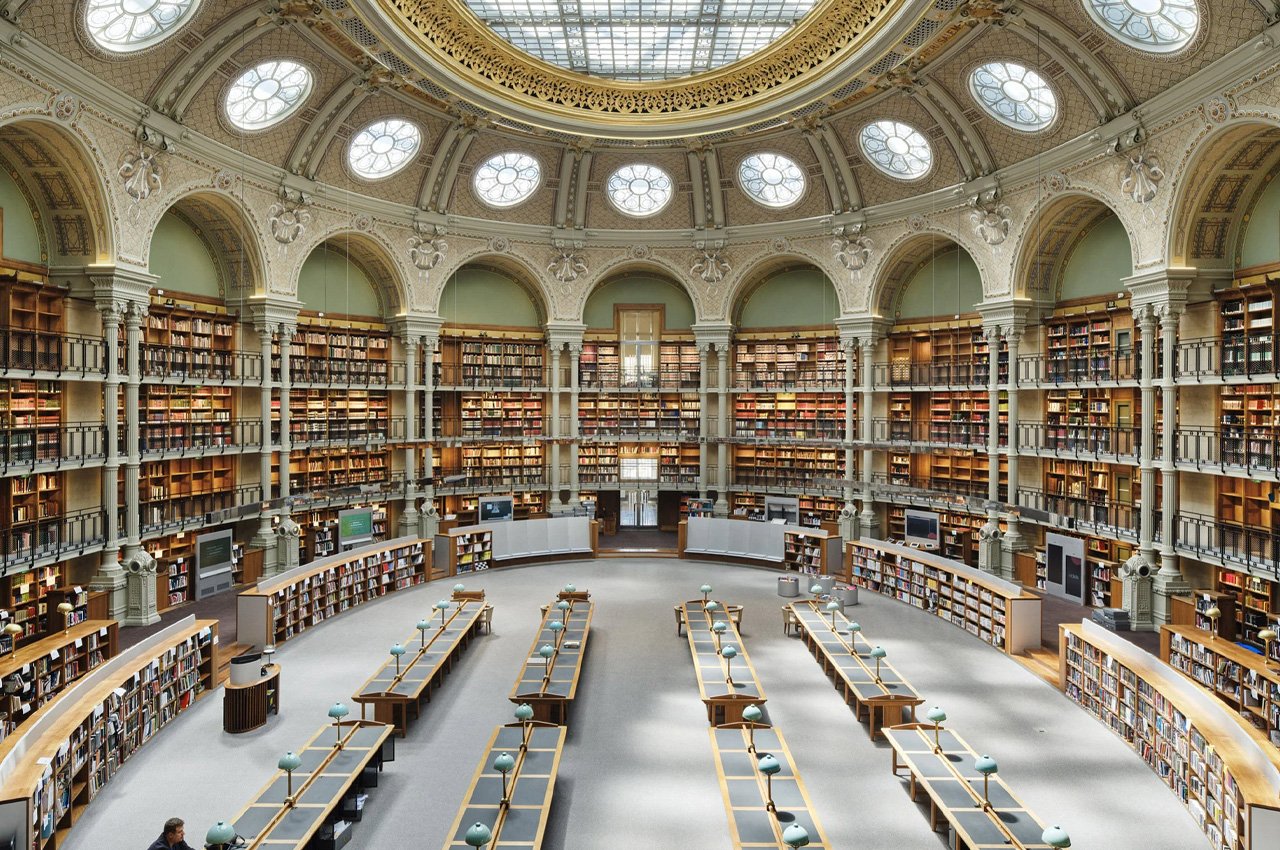 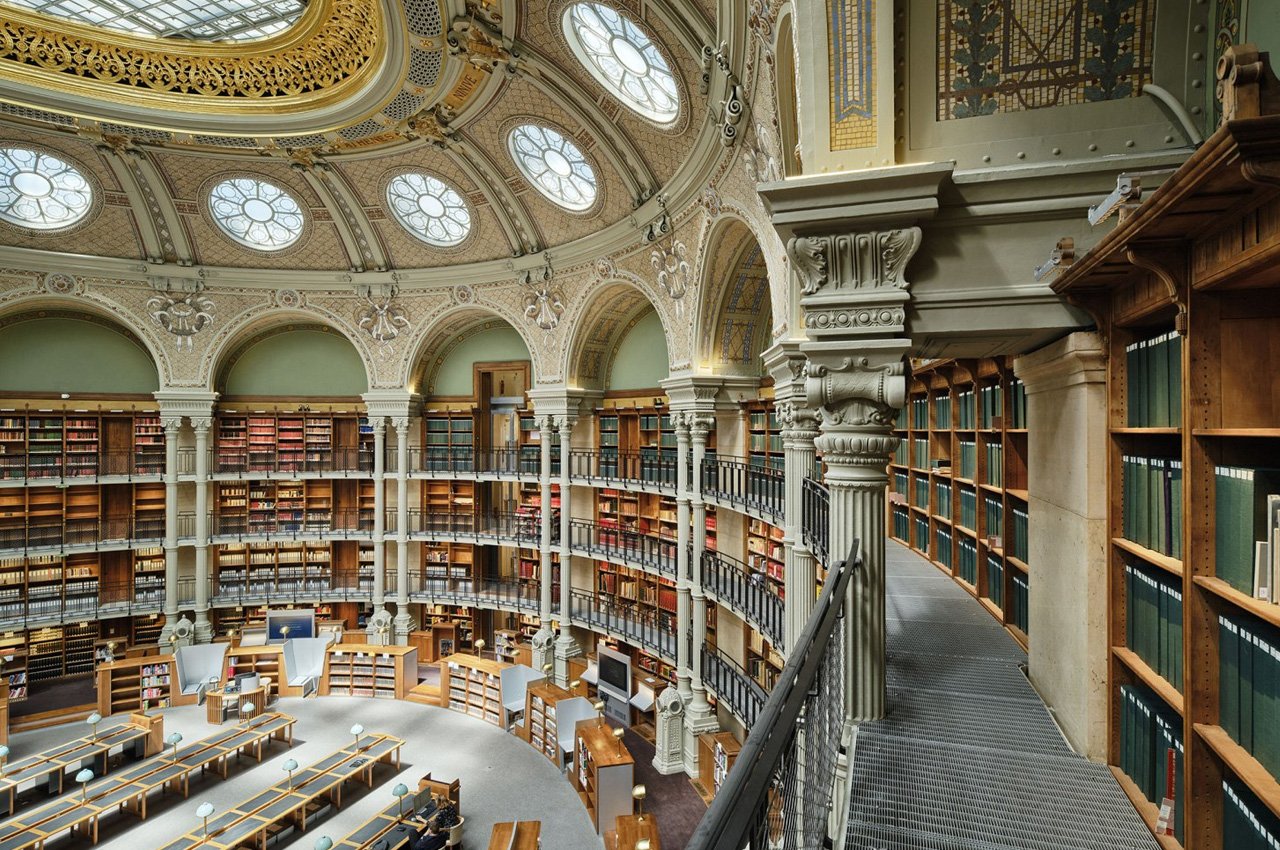 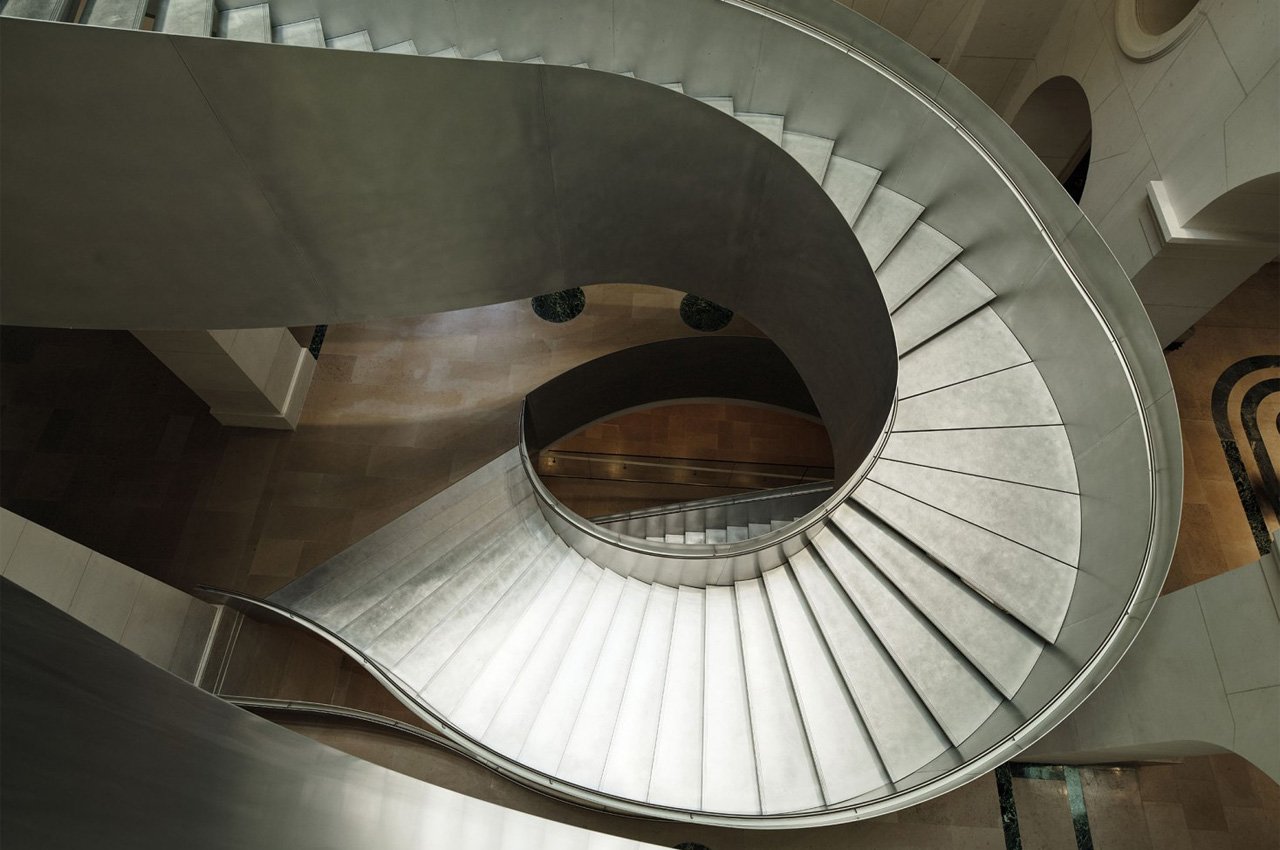 “After 15 years of work, we have returned a building that has been profoundly transformed to meet the contemporary challenges of welcoming the public, opening it up to the city, and sharing and exchanging with the younger generations,” said Bruno Gaudin Architectes .”Yesterday, closed in on itself, the large, magnificent, worn, fragmented, dark, and dilapidated treasure chest has now been given a new identity, full of light,” the practice continued.

The entire library, including its majestic and popular reading room called the Oval Paradise, was modernized, and transformed into a more contemporary version of the Beaux-Arts style. A new entrance was introduced to the space, which aims to open up the library to the public. A magnificent spiraling staircase built from aluminum was added as well, as a part of a new and improved visitor trail. Earlier, this section was the rear facade of the building, and now it functions as the new front facade. Shelvings and mirrored light fittings have been integrated into the Oval Room which holds over 200,000 books for the public to read. 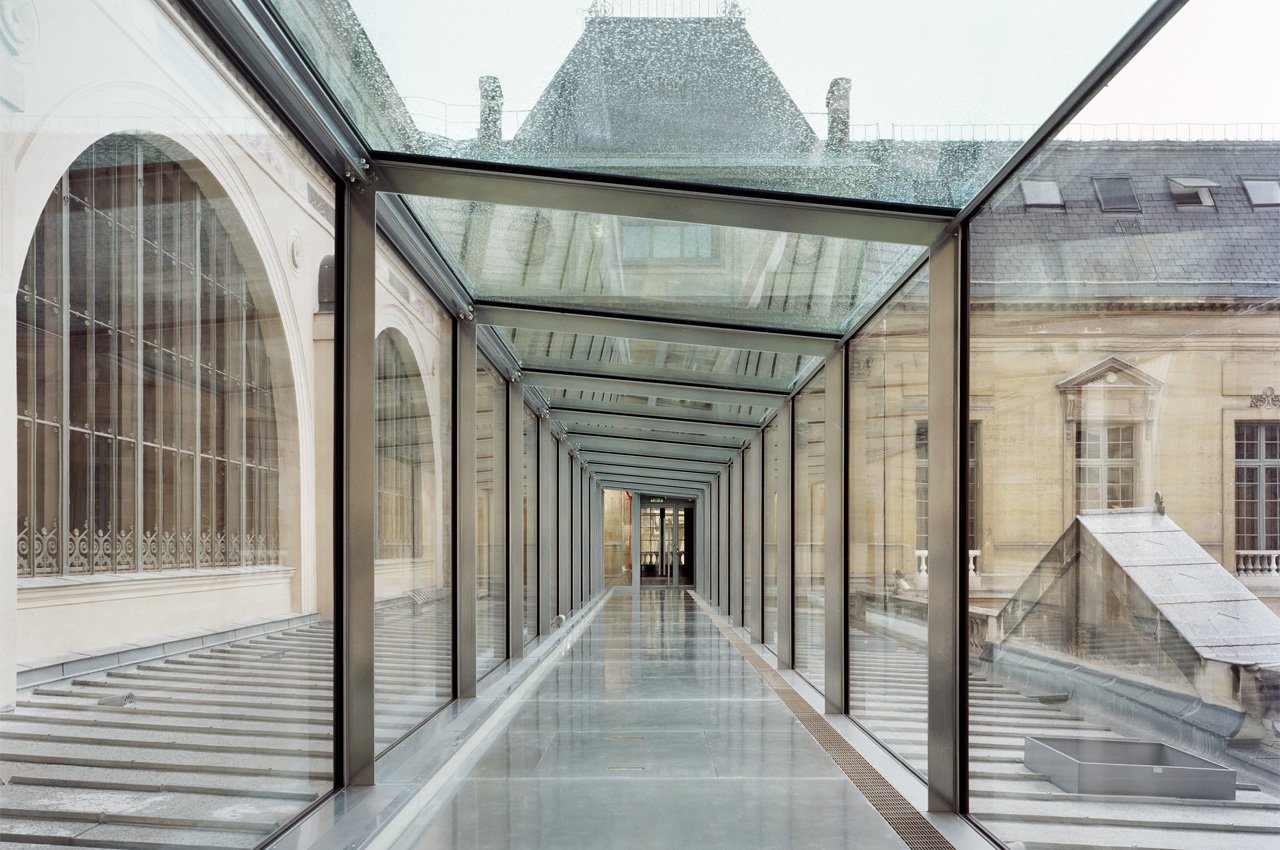 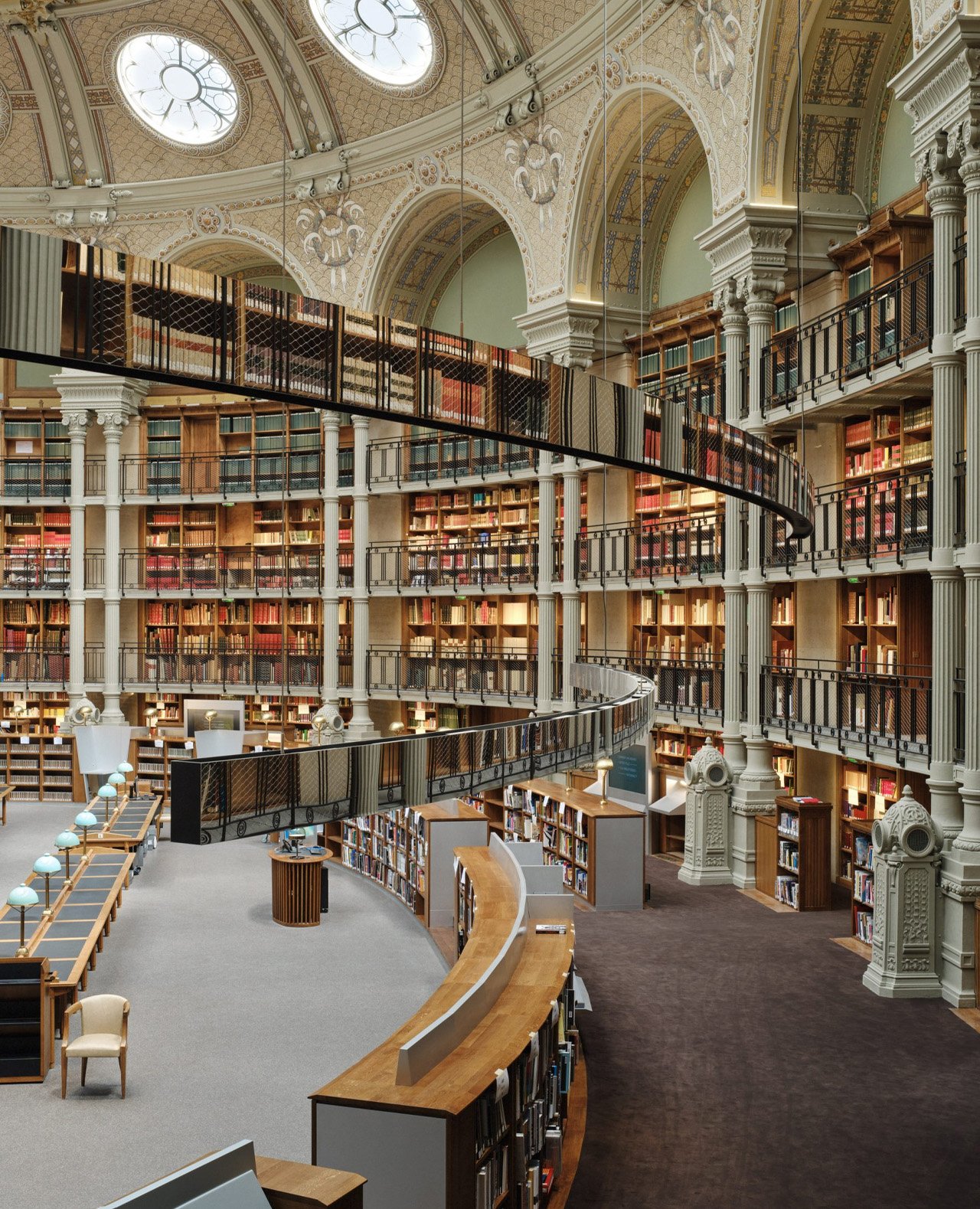 Certain parts of the reading room were previously concealed from the public, but they’ve now been opened up, allowing people to catch a couple of glimpses of them. The views beautifully showcase the myriad mix of architectural styles that the library bears – from the 17th to the 21st centuries. The east and west wing of the library have been adjoined via a large glass walkway which also provides views of the library, that were unseen before. “The glass gallery offers a view to the roof and the sky, with a surprising view of the domes of the Labrouste hall. The translucent glass floors allow light to penetrate downward, accentuating the beautiful verticality of the staircase’s rotunda,” said the practice. 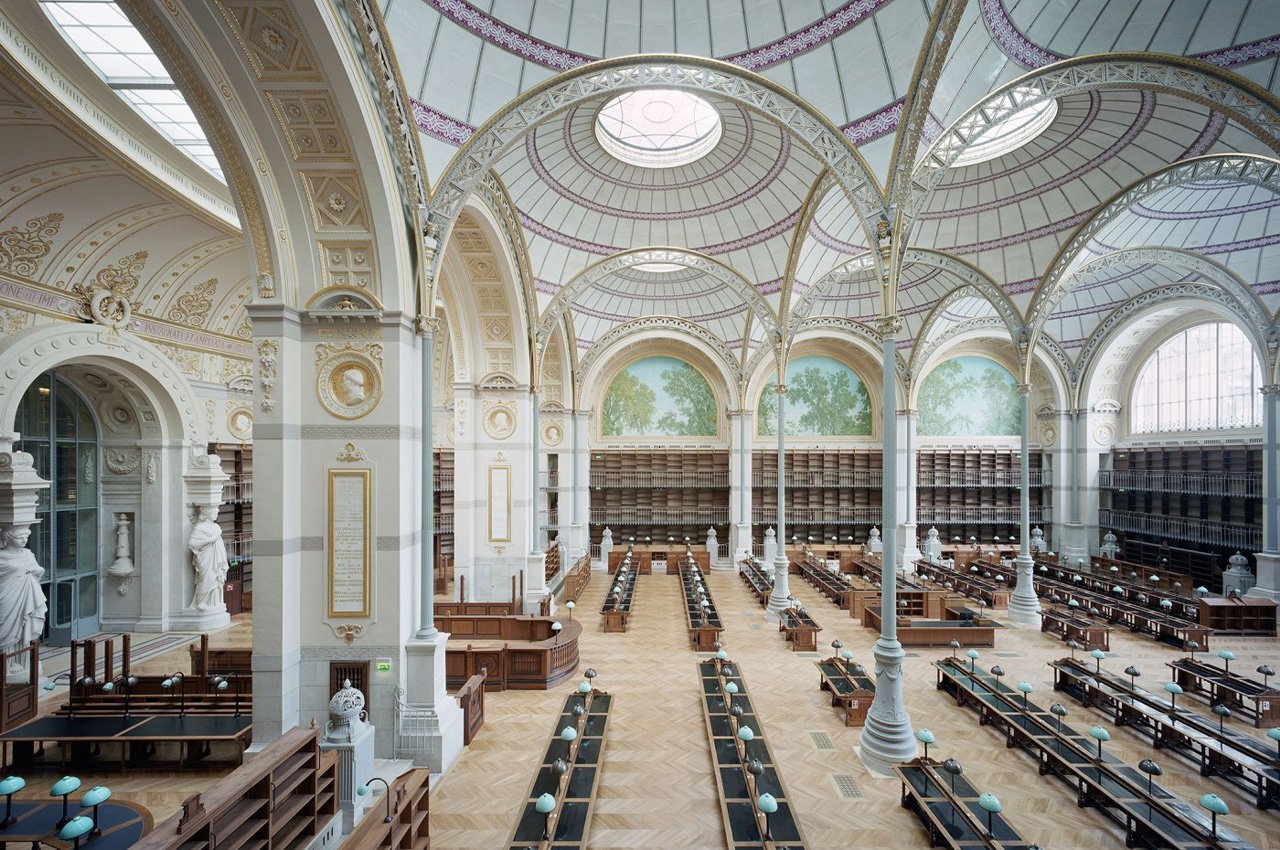 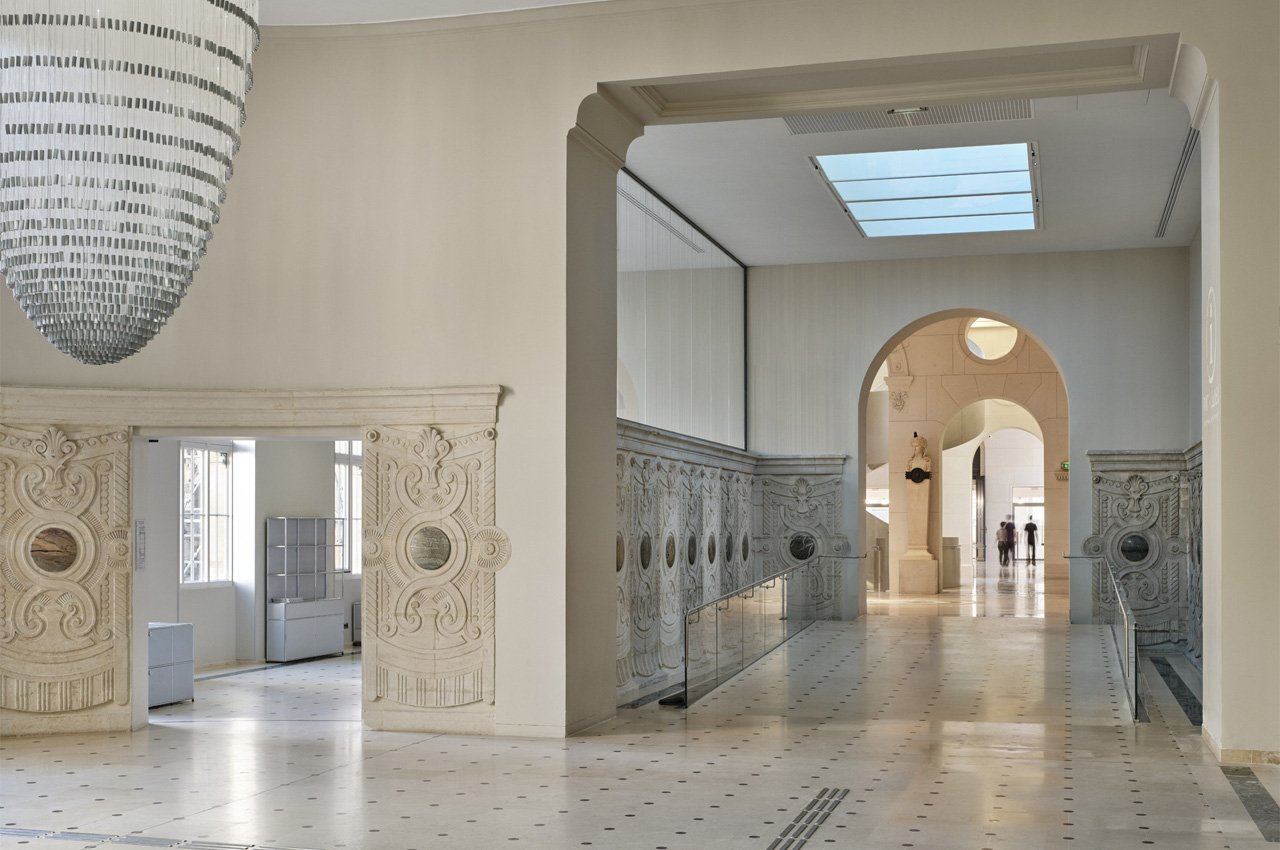 Another addition to the library which is really quite an exciting one is a 1,200-sq-m museum, which will include many of the important rooms of the library, not excluding the Mazarin Gallery – which stores newly restored Baroque frescoes. The museum will display many interesting and major artifacts, such as books, prints, photographs, costumes, a Charlemagne chess set, and the bronze Throne of Dagobert.