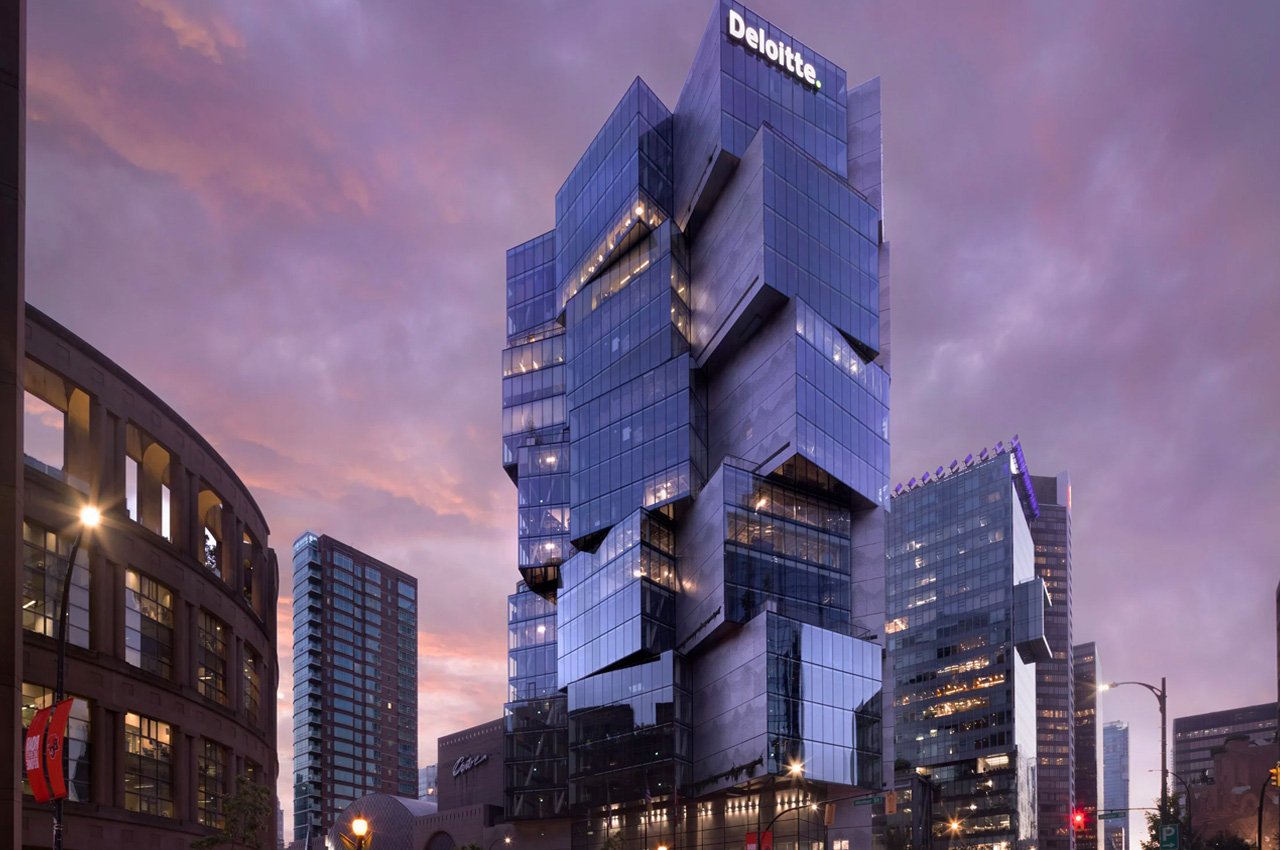 Based in Tokyo, Japan, Studio OSO recently completed the Deloitte Summit in Vancouver. The impressive skyscraper is inspired by Japanese lanterns, with the stacked boxes that make up its body resembling the lanterns. The stacked boxes are placed on top of each other, resulting in the 24-story skyscraper which looks like a majestic sculpture! The original plan for Deloitte Summit was created by another architect and was extremely conventional. Studio OSO decided to retain some of the original elements, but otherwise decided to give the entire plan a twist! The cube-like boxes which dominate the building are almost four stories tall and are positioned asymmetrically across the length of the skyscraper. A series of cantilevers have also been added to the setup, giving the entire structure a rather jagged and eccentric aesthetic. 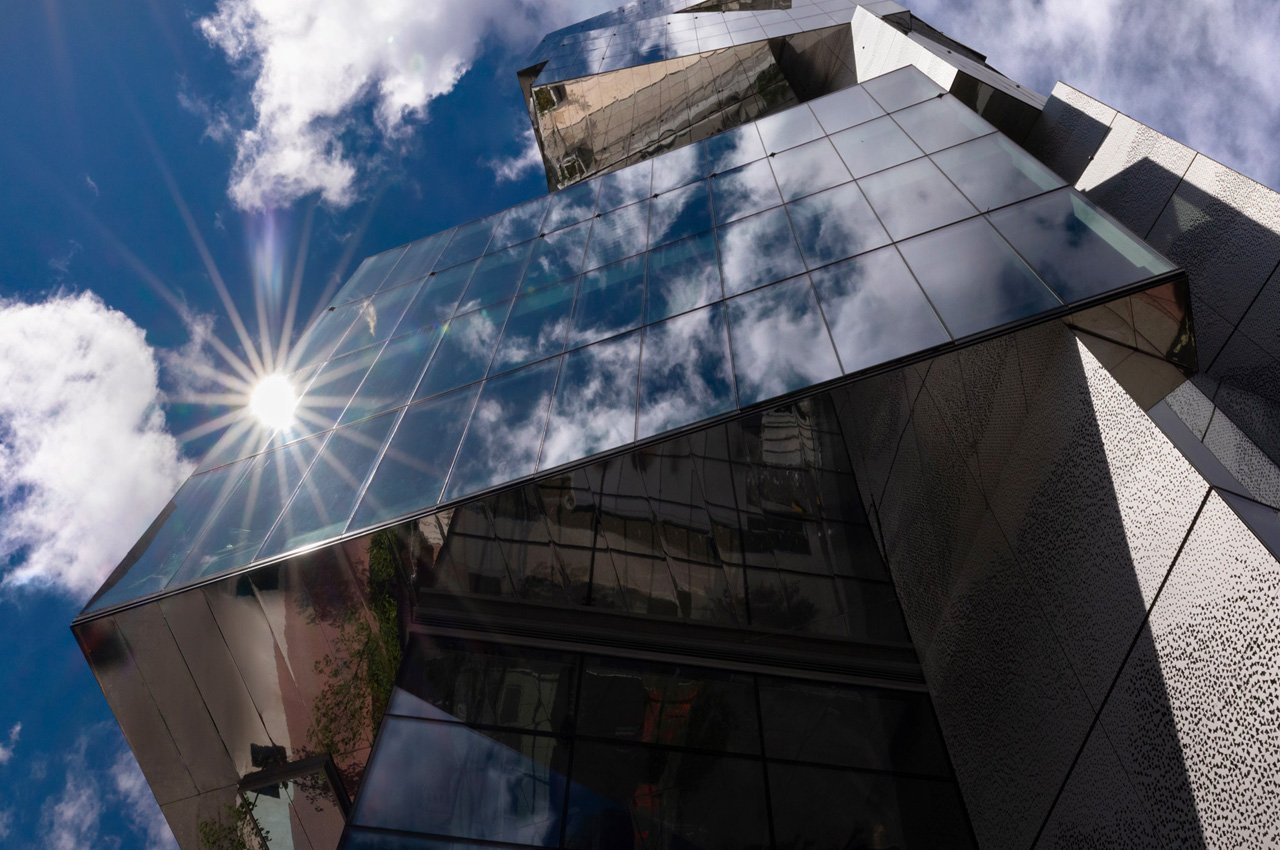 “A brief study led to a completely different approach to the glass box: rather than a single extrusion, we found that multiple, smaller extrusions could achieve the same density,” said OSO. “The smaller extrusions became weightless glass cubes that were haphazardly placed on top of each other.”

The stacked boxes have all been placed in different directions, providing different views from all the offices located inside. This also creates an intriguing ‘multi-dimensional effect’ and allows the facade to have an ‘ever-changing silhouette’ that changes depending on where it’s seen from. 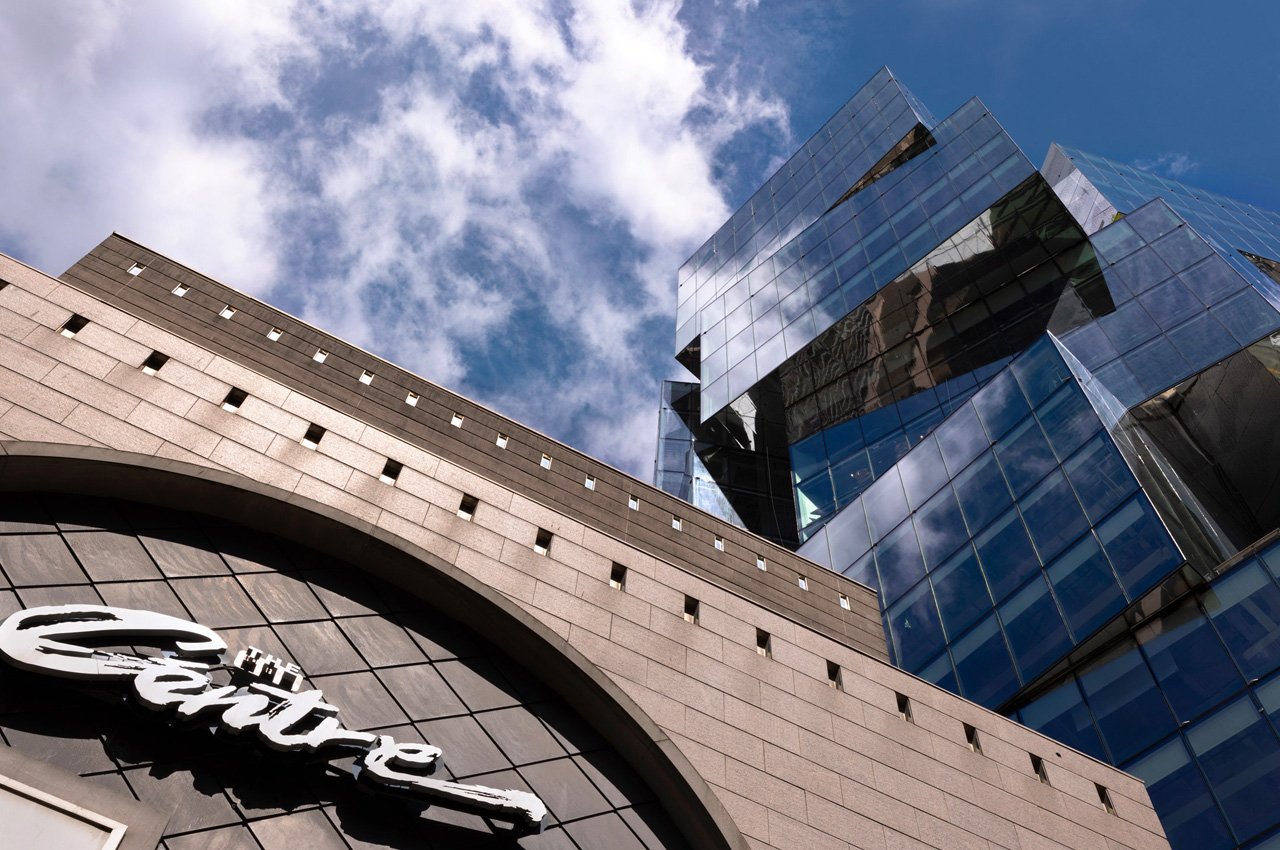 “The tenant does not expect to find glass floors overlooking the city, roof terraces under overhanging volumes, and vertical gardens framing views of the mountains. All this is accomplished by rearranging – rather than abandoning – the conventional glass box,” said studio OSO.

The stacked and jagged form of the building provides ‘a sense of randomness’, which was created by maintaining extremely simple floor plans, as well as a glazed paneling that brings the entire design together. Floor-to-ceiling windows span the entire facade and allow it to be illuminated at night, while the other large windows allow a generous amount of sunlight to stream in throughout the day. 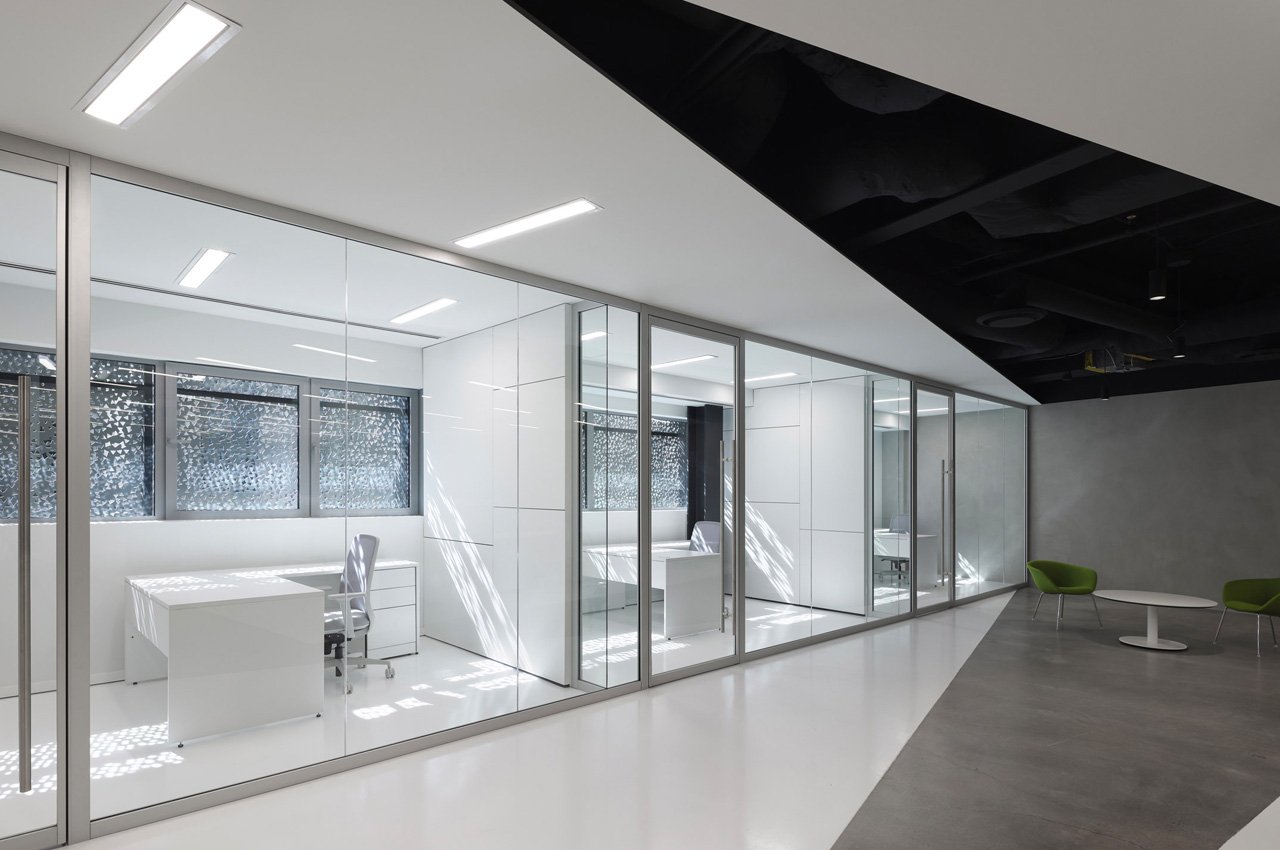 The architectural studio derived inspiration from the functionality and aesthetic of Japanese lanterns, in an effort to impart a sculptural quality to the skyscraper. It’s fascinating to see how a simple Japanese lighting design completely transformed what would have been an otherwise traditional glass tower. In fact, every evening, the skyscraper will put on a performance! A little before 9 pm, the building lights will be dimmed, and the blinds will be lowered. At sharp 9 pm, the building will slowly light up, giving out a lantern-like effect! 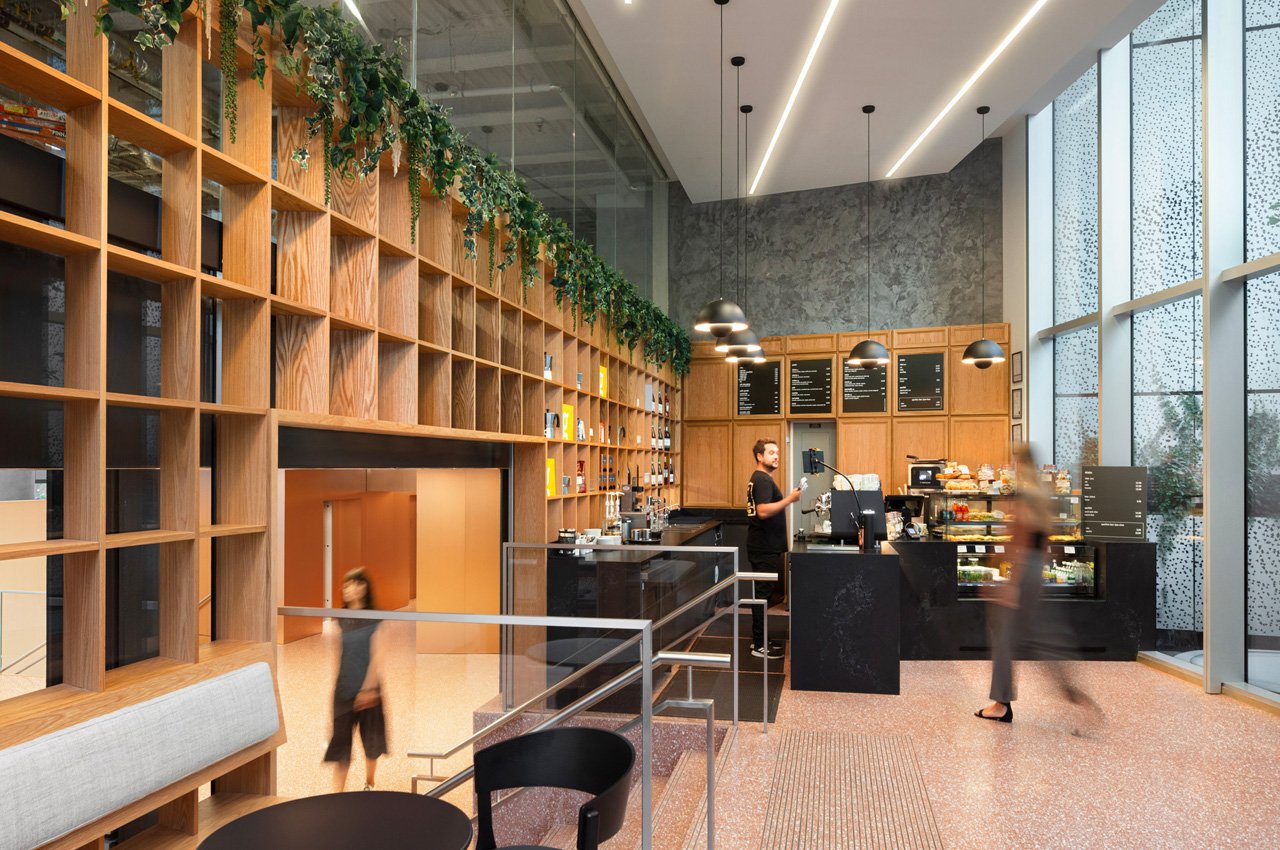 This tiny hikers’ cabin is perched above the Italian Alpine Valley

This tiny hikers’ cabin is perched above the Italian Alpine Valley 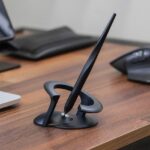