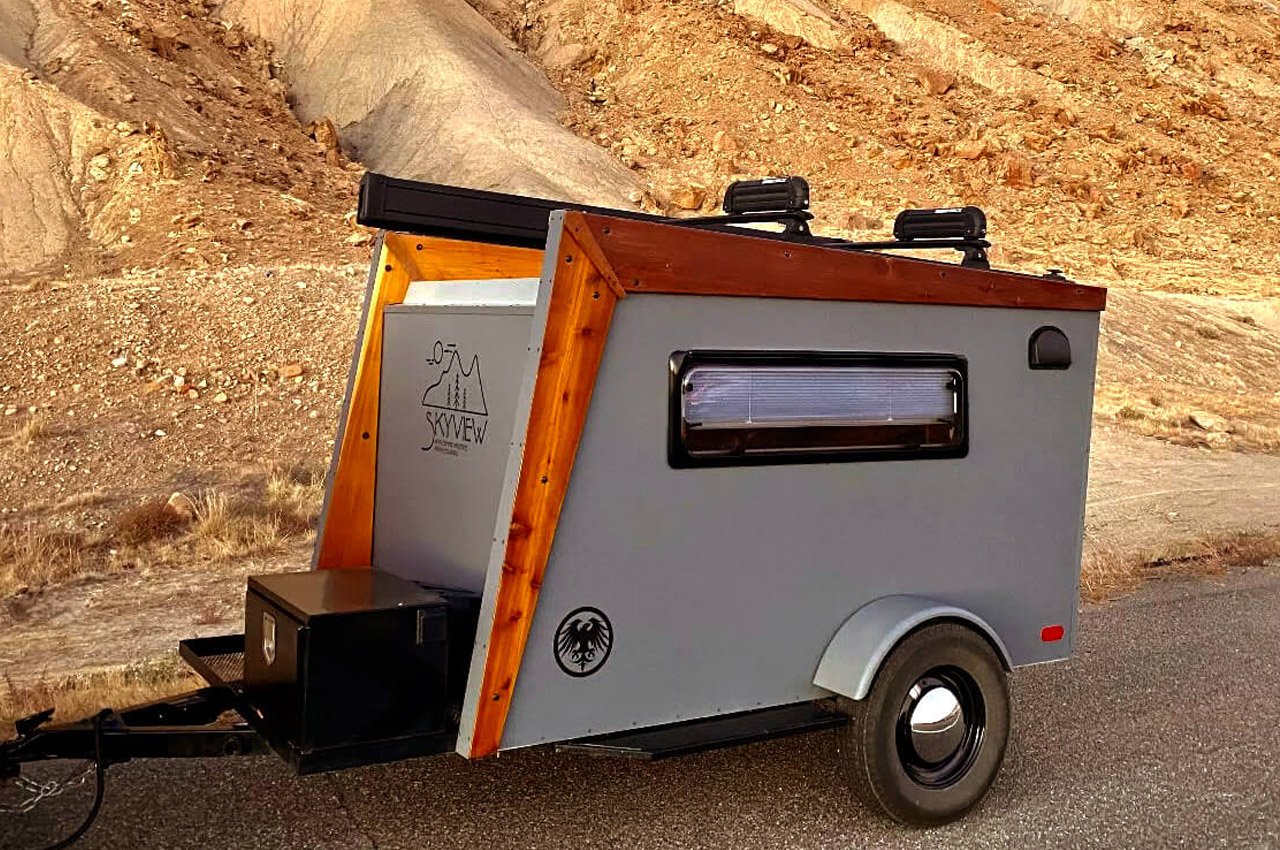 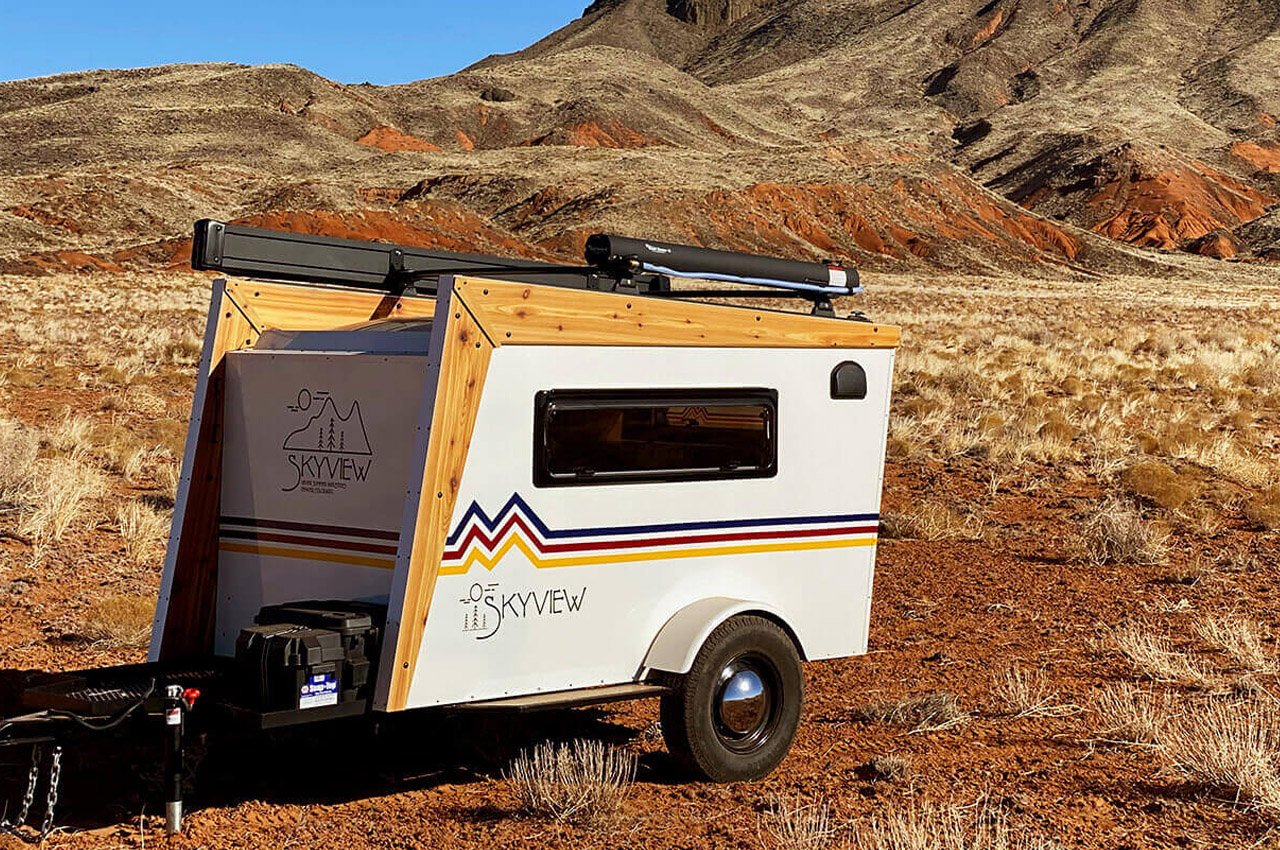 Teardrop trailers have cramped-up interiors and most travel trailers are built to look alike. Marrying the advantages of a camping trailer in a teardrop form factor with artistic leverage and space to accommodate two people in harmony; SkyView Camper is set to be that tiny home trailing your car.

Whether you’re cut out for the mountain life or not, you would have some desire to ride the white powder. In that vein, when you are sliding on snow, on a handmade snowboard from Never Summer Industries, you’ll definitely want the company’s design aesthetics to accompany you down to your ride waiting below. Enter SkyView Camper, Never Summer’s dig at the recreational trailers, and boy, isn’t it one the American outdoorsy with a bent for Frank Lloyd Wright architecture would love? 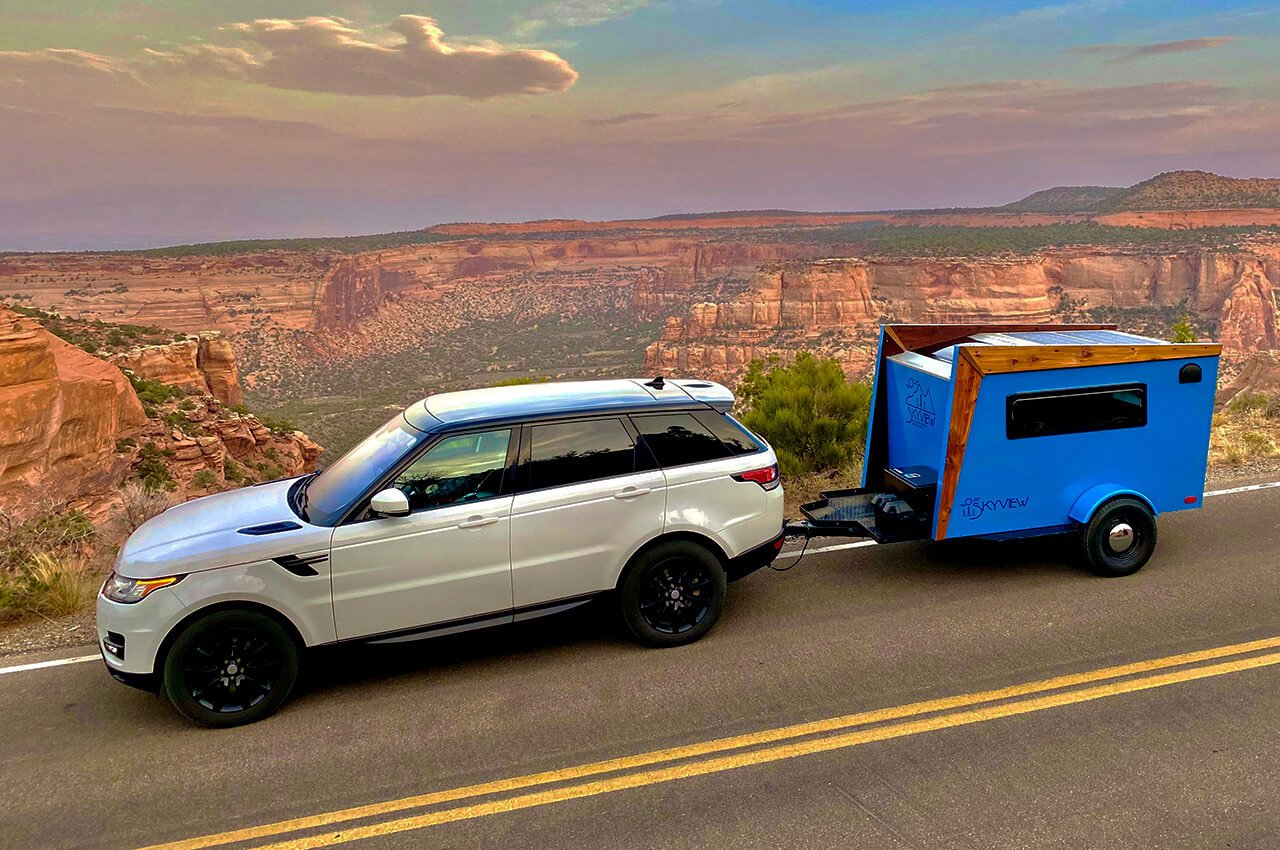 Inspired by mid-century modern architecture, the SkyView boasts a modern shape with a commitment to the best utilization of space. So, within a 143-in x 76-in space you get a well-designed and spaciously crafted living/sleeping area for two people. For headspace, the makers provide an awning, which allows the height to rise up to 87-in. SkyView follows minimalistic design language and features high-quality material for construction, which overpowers the random trailers with overworked designs and shallow choice of construction material. 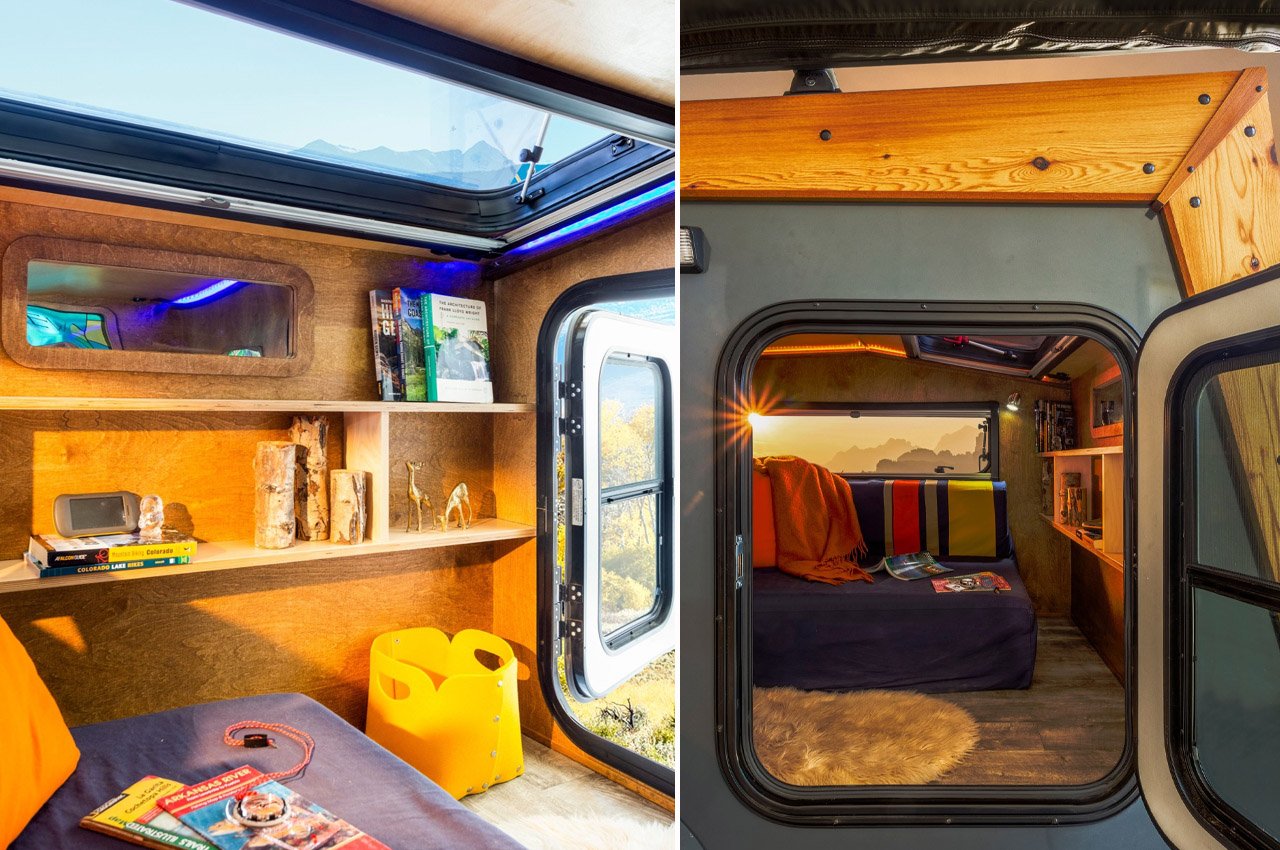 Known for its design and aesthetics, Never Summer Industries has tried to speak the same language in its SkyView Campers. Modeled after Frank Lloyd Wright’s desert laboratory in Arizona, a SkyView features walls and ceiling clad in wood and laminate, shelves cover most part of the walls, while a convertible bed (with queen-size memory foam mattress) is placed well below a skylight. The stained-glass window on the rear allows ample natural light until you switch to the interior LED lighting to glow up your cozy space. On the outside, the trailer comes installed with 100W rooftop solar panels, an outdoor shower, and storage for your gear, skis, and snowboard. Weighing 1,500 pounds, the SkyView camping trailer is slated to be available in 2023 starting at $29,900.

See also  This Cybertruck-inspired gaming mouse is built like a tank! 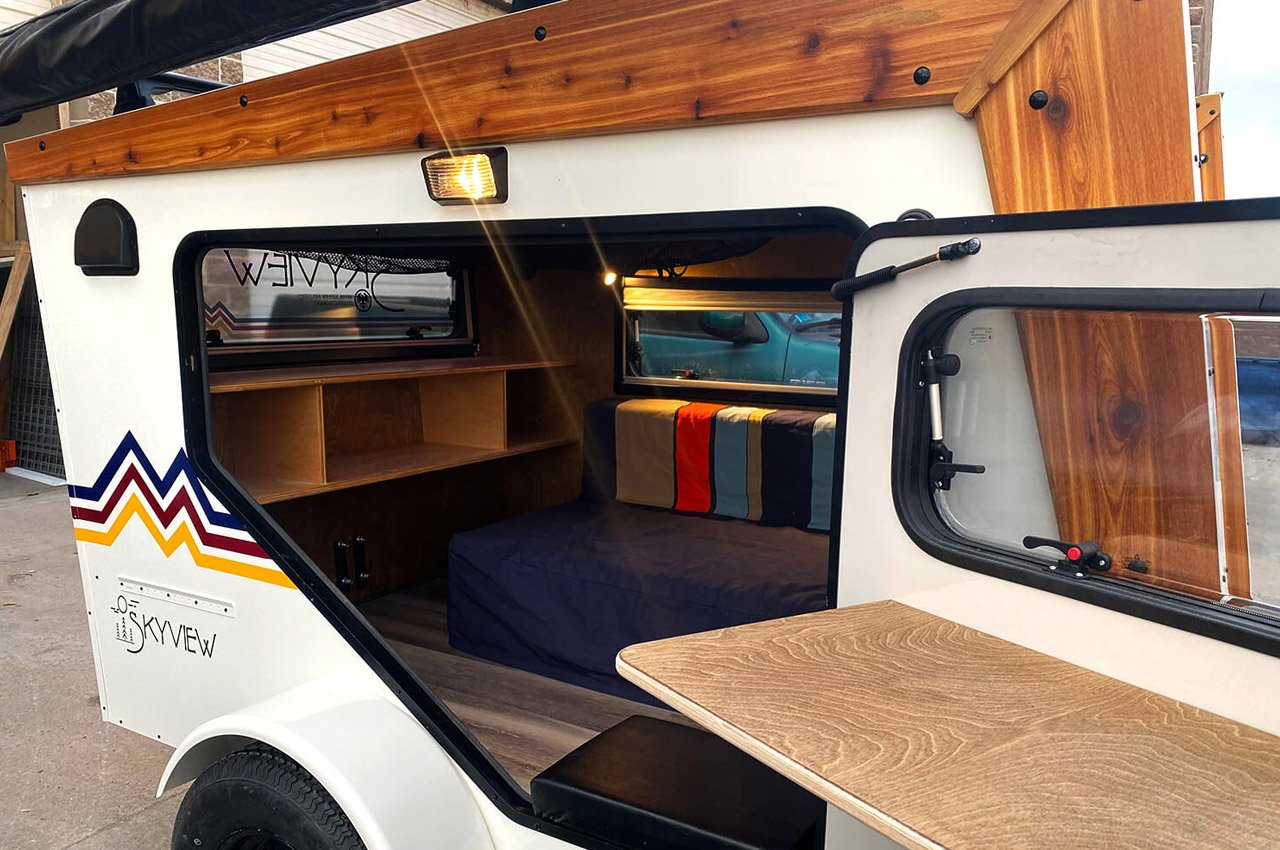 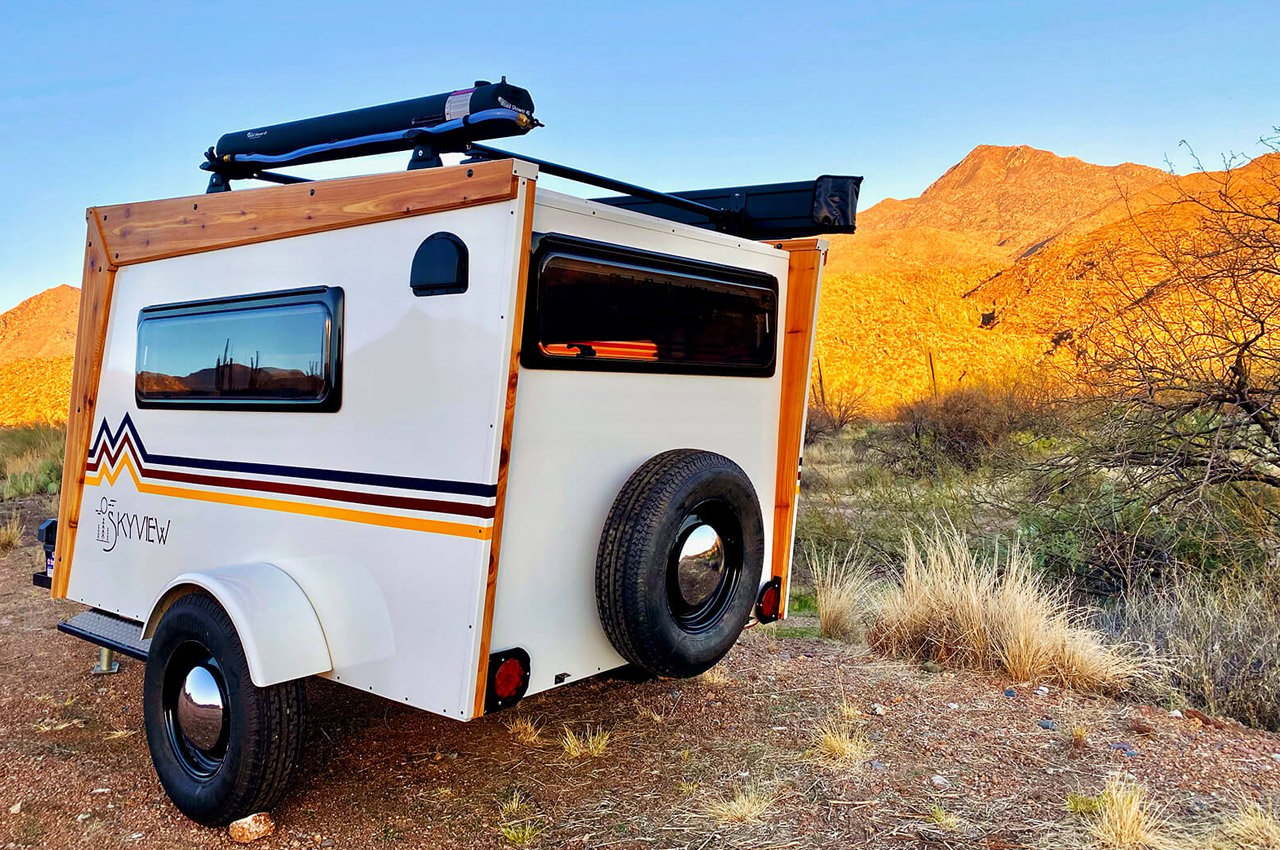 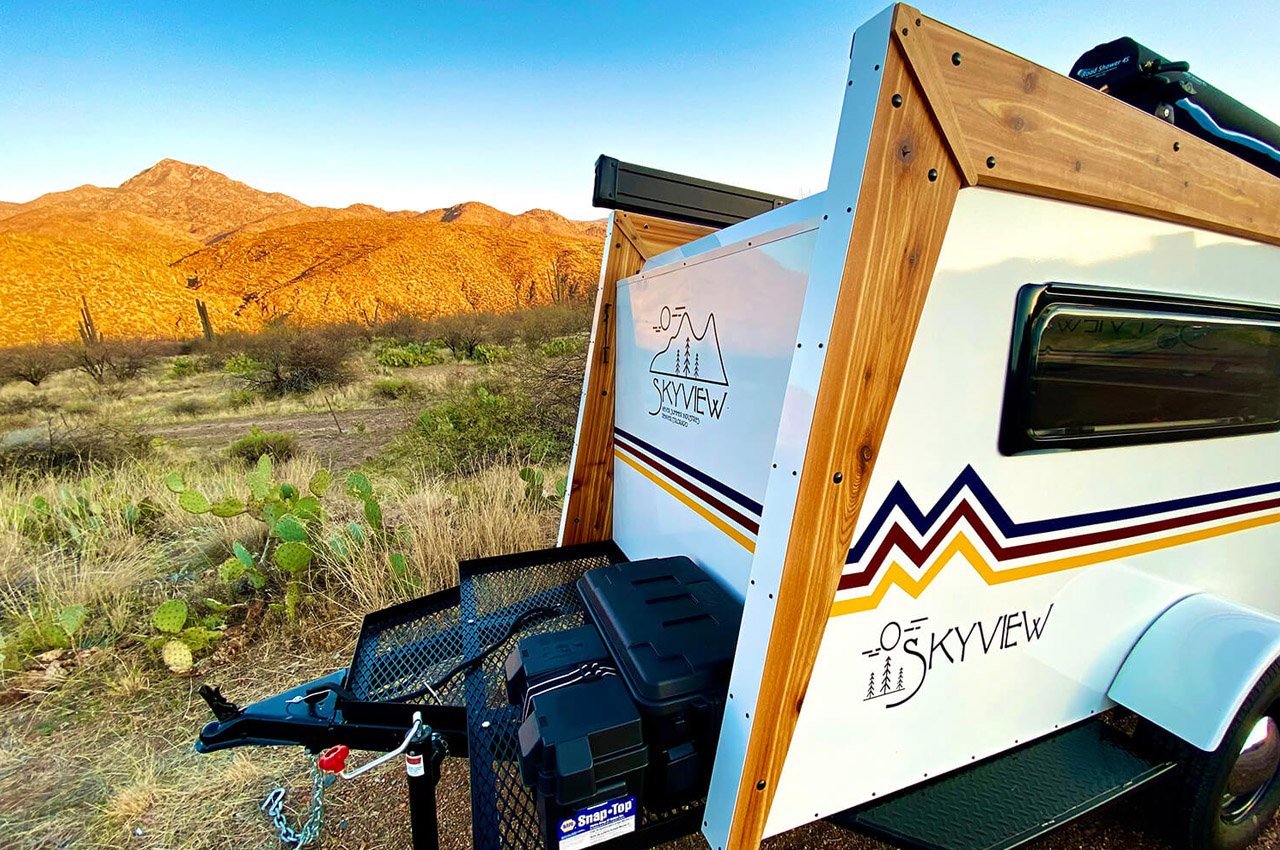 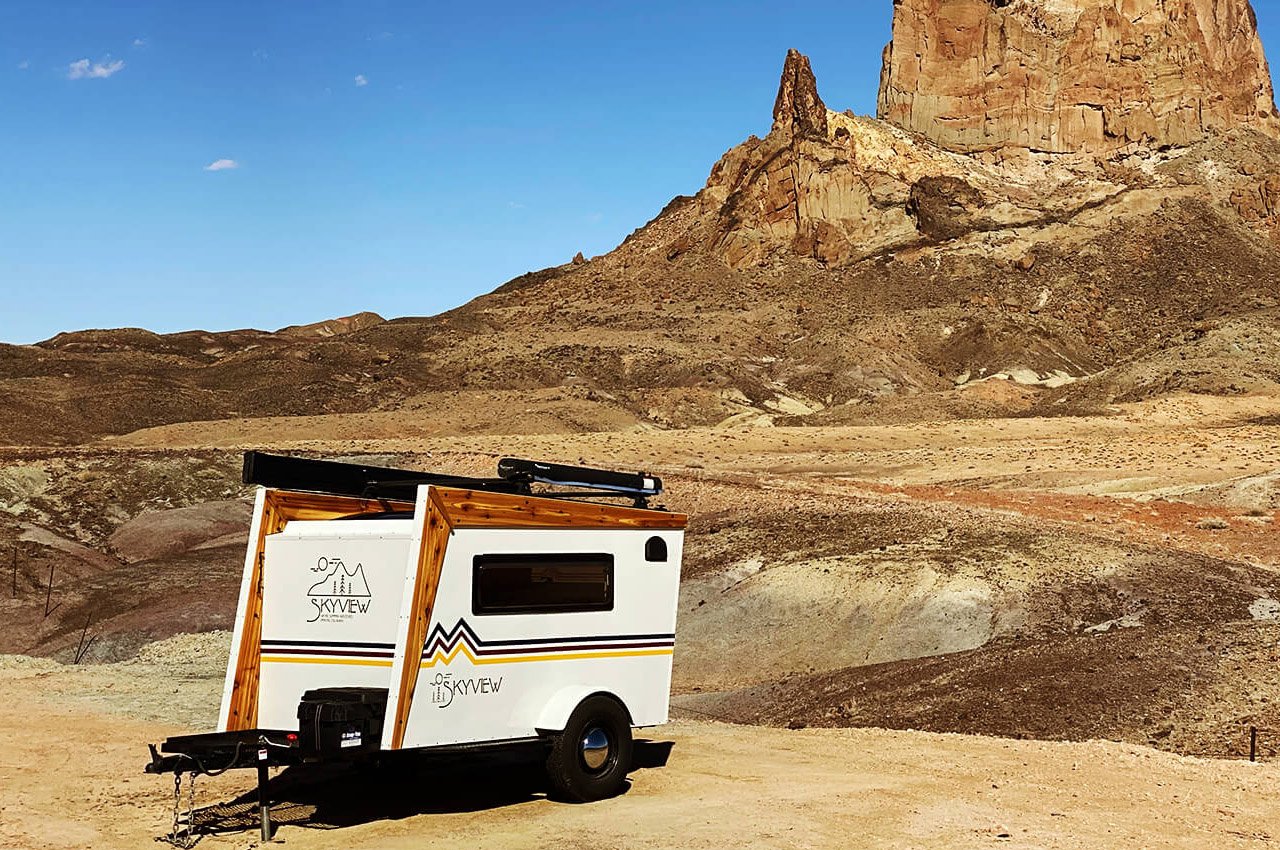 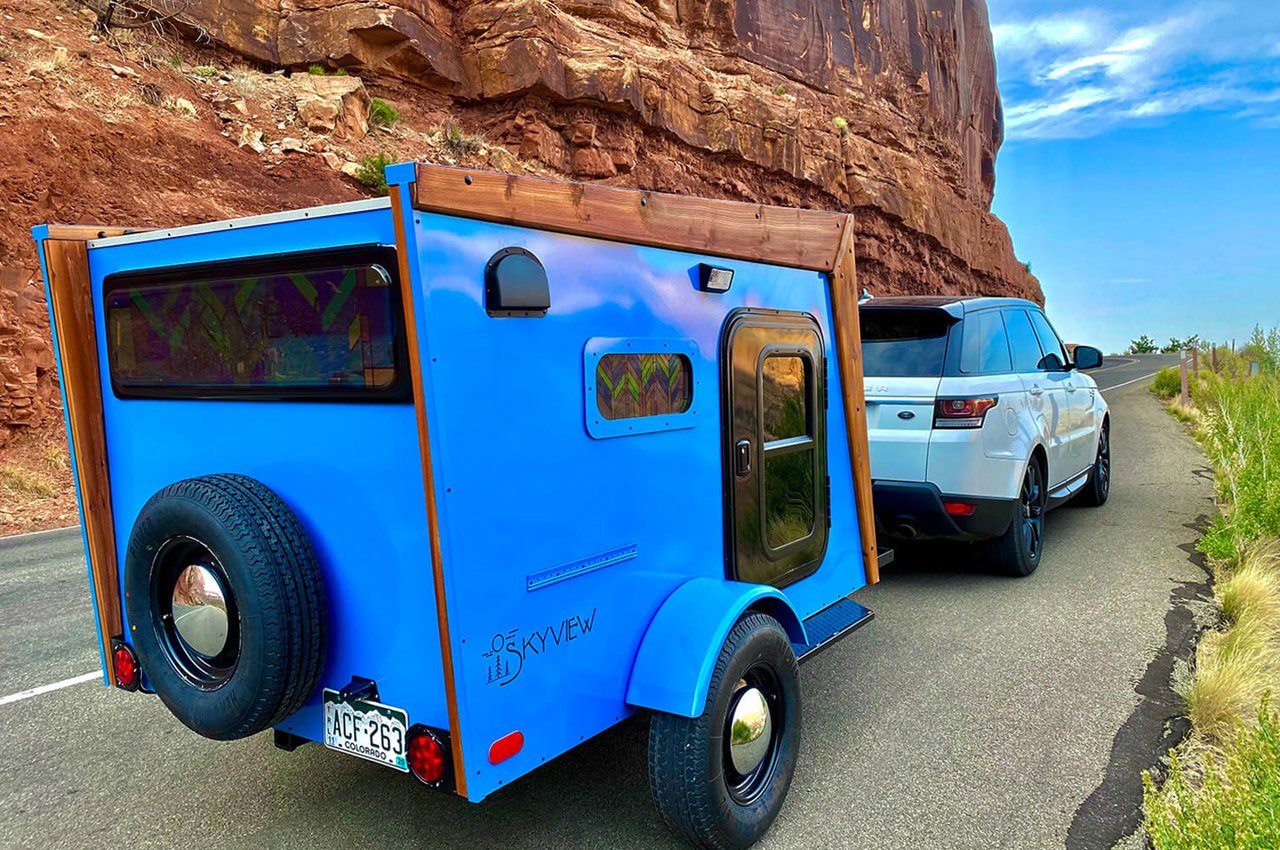 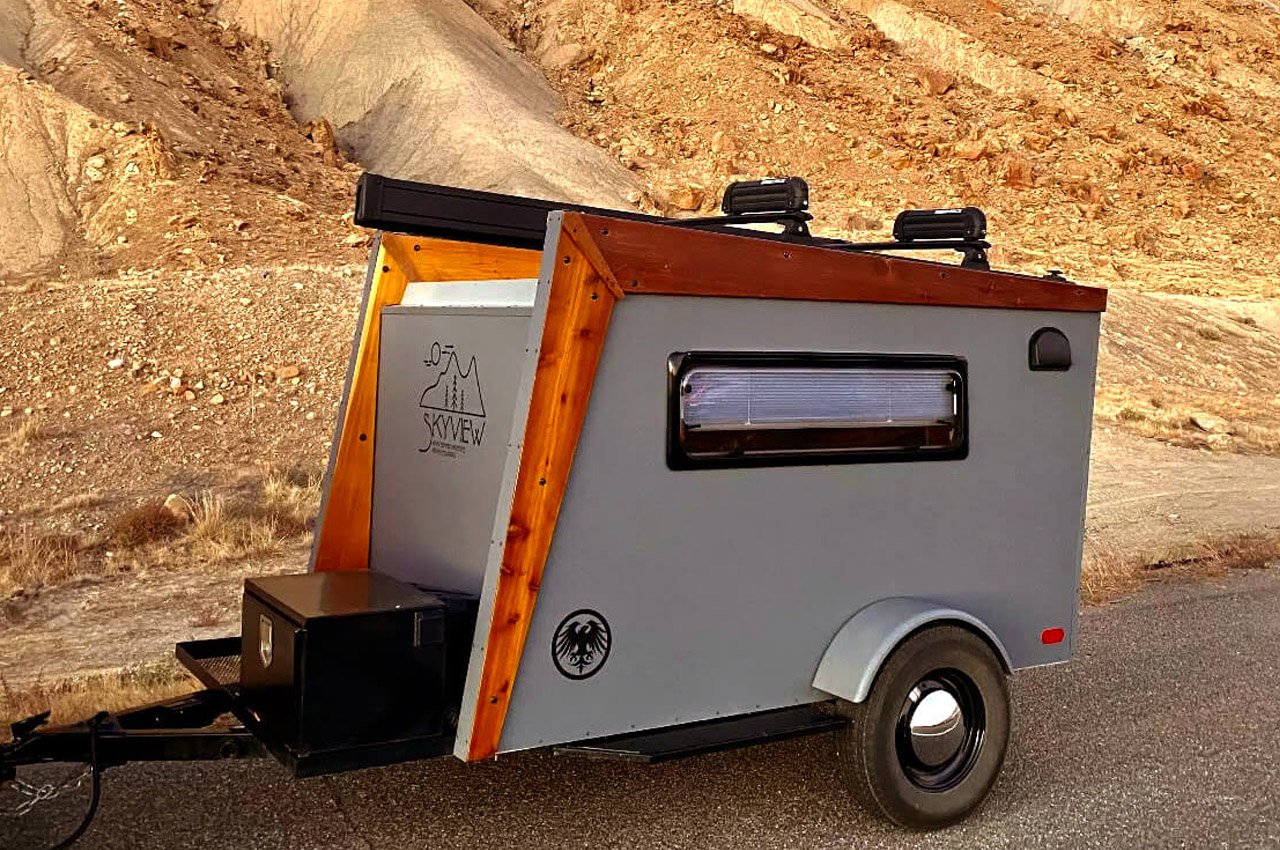 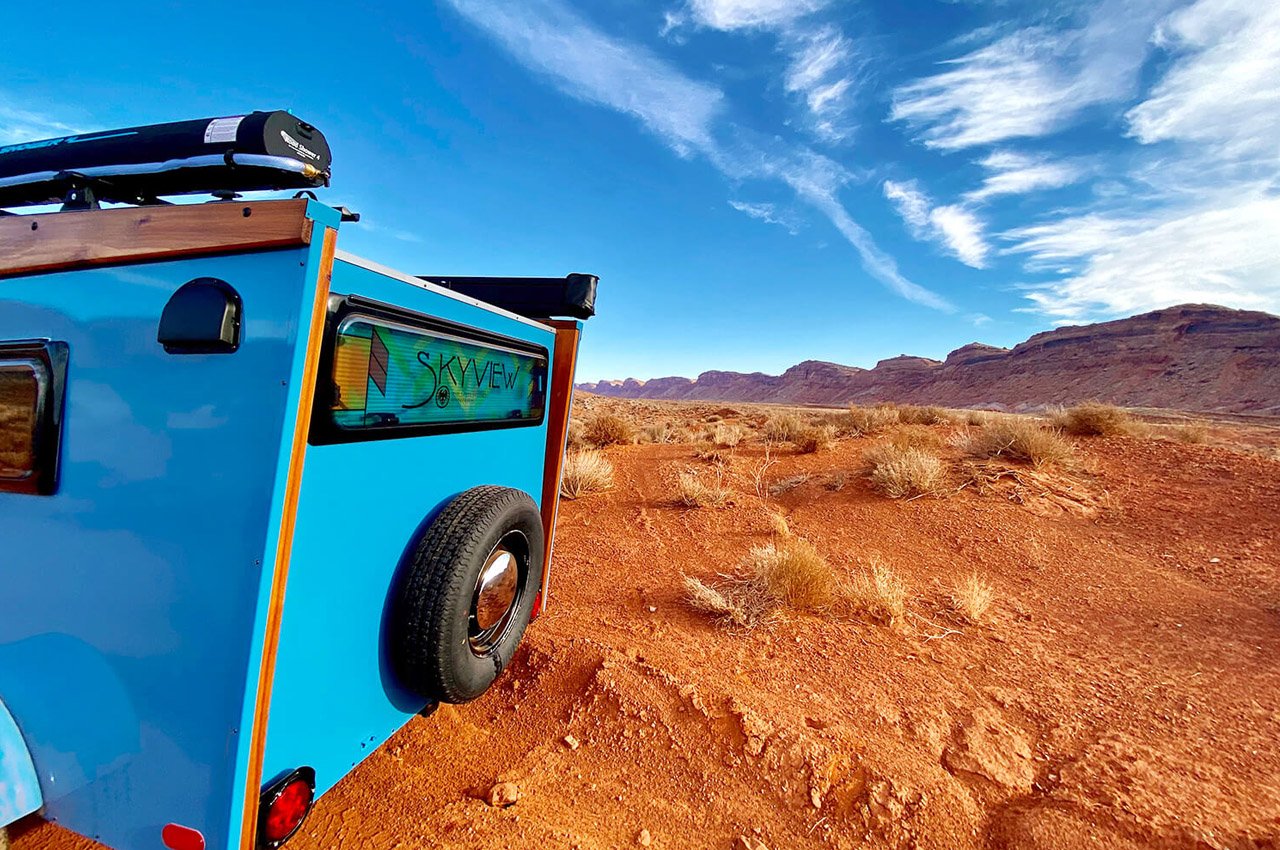 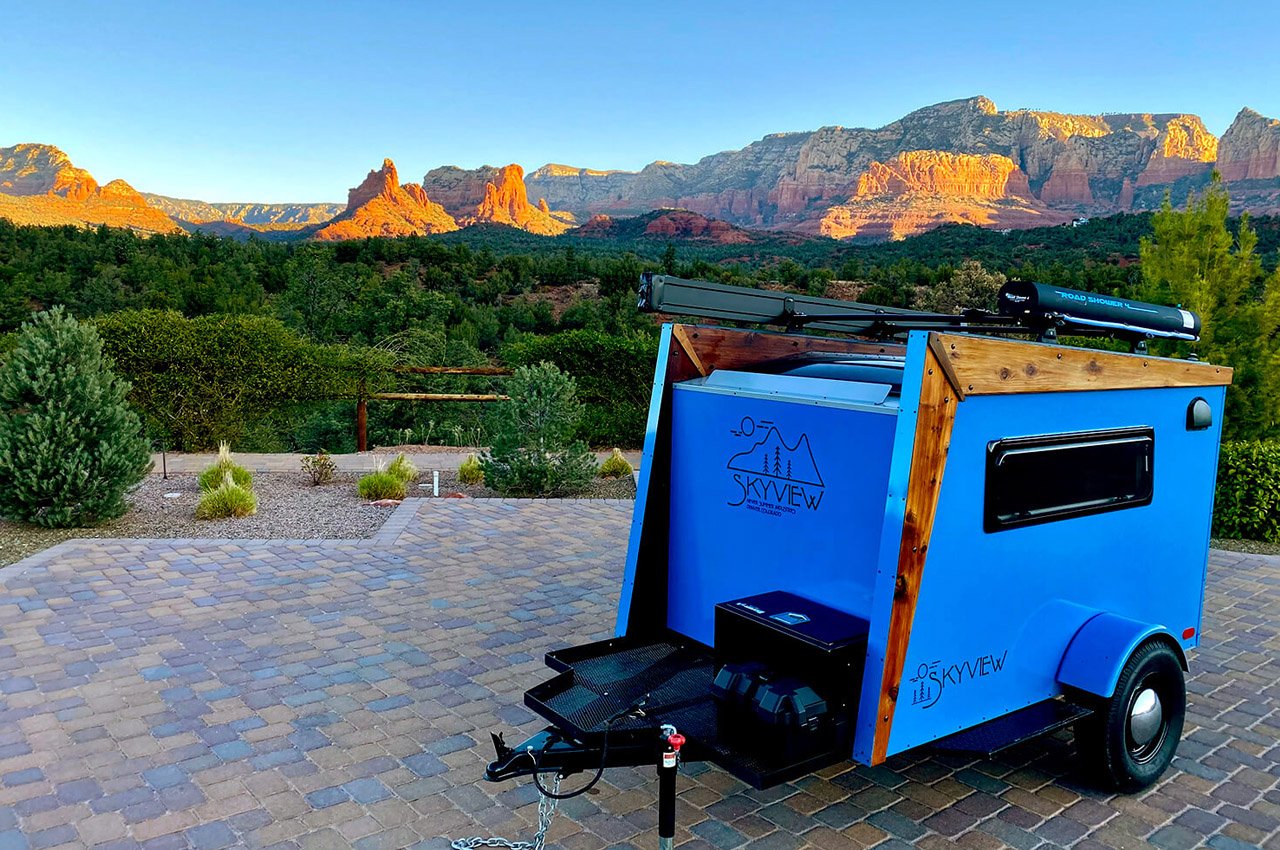 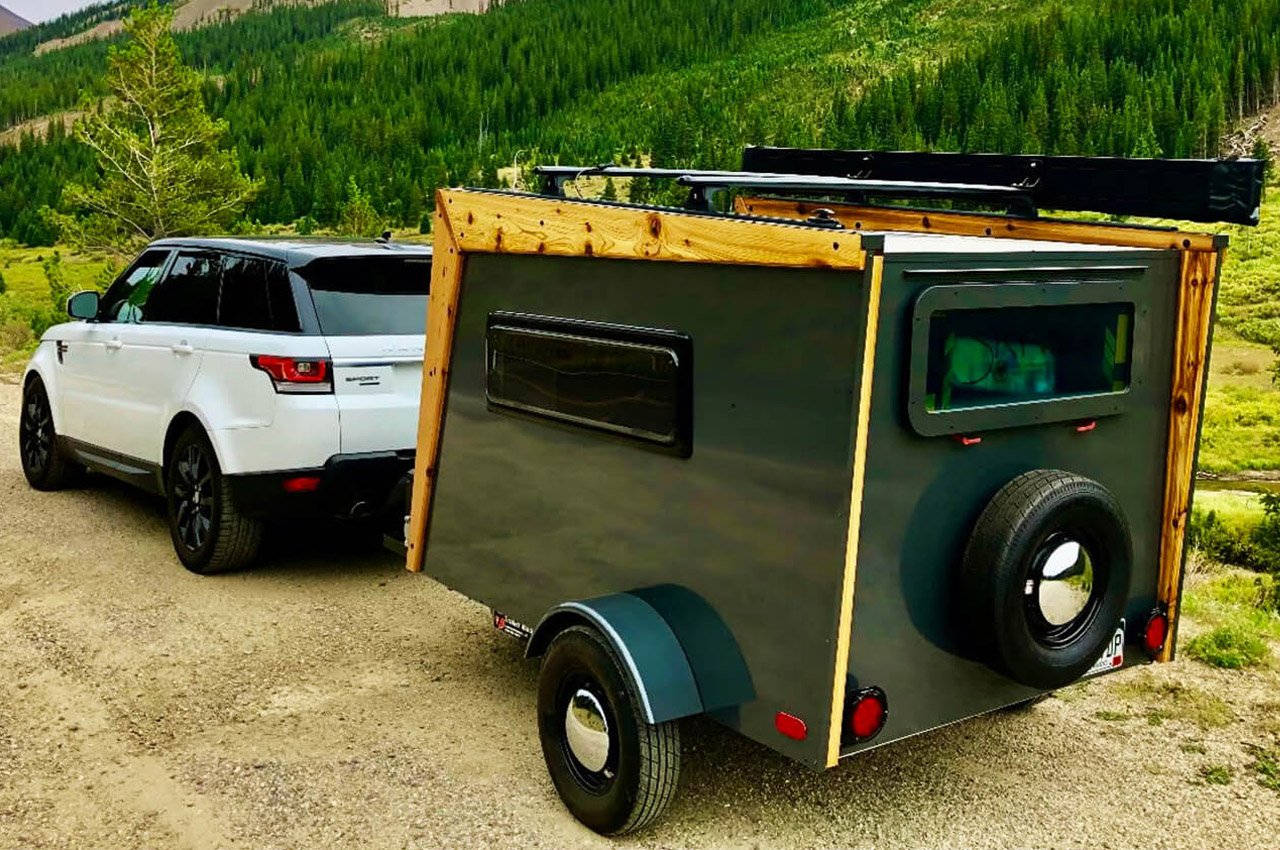 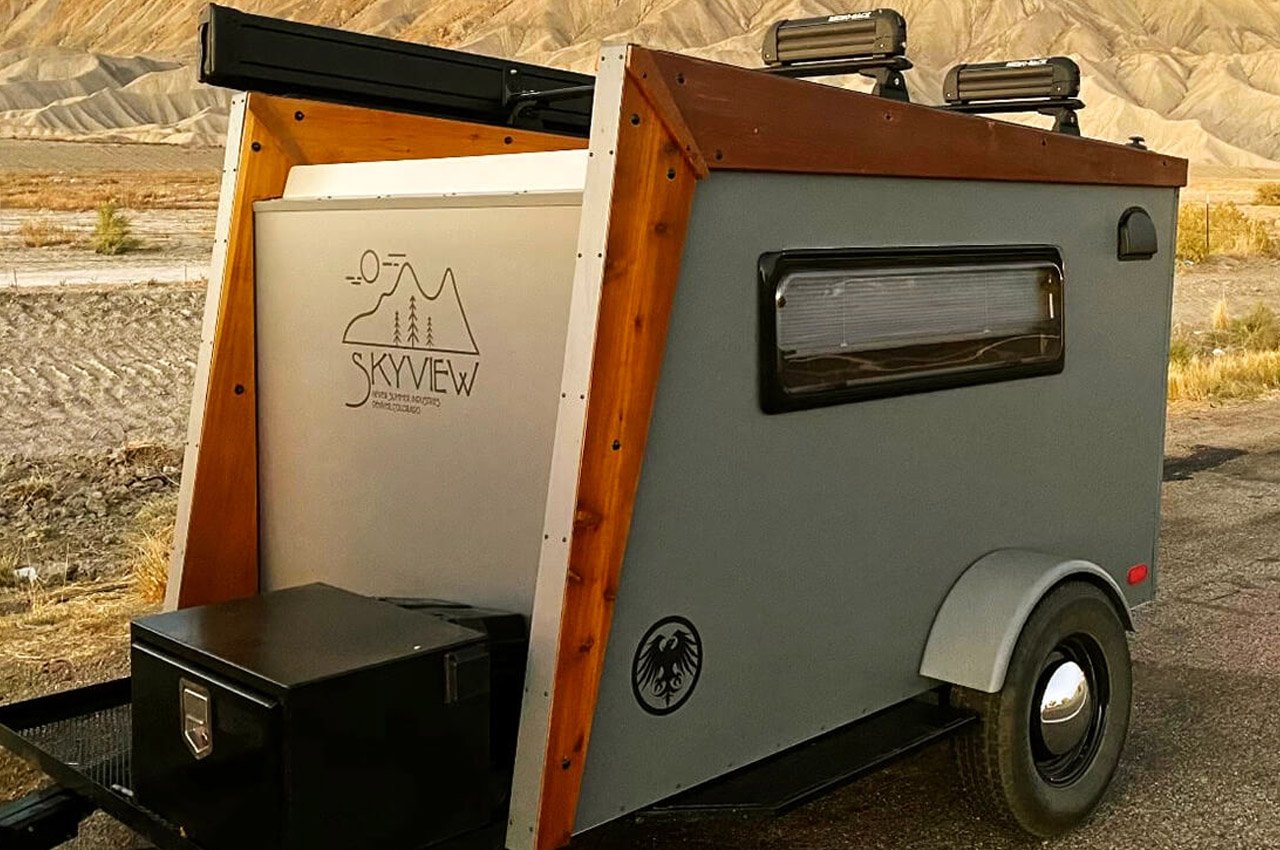 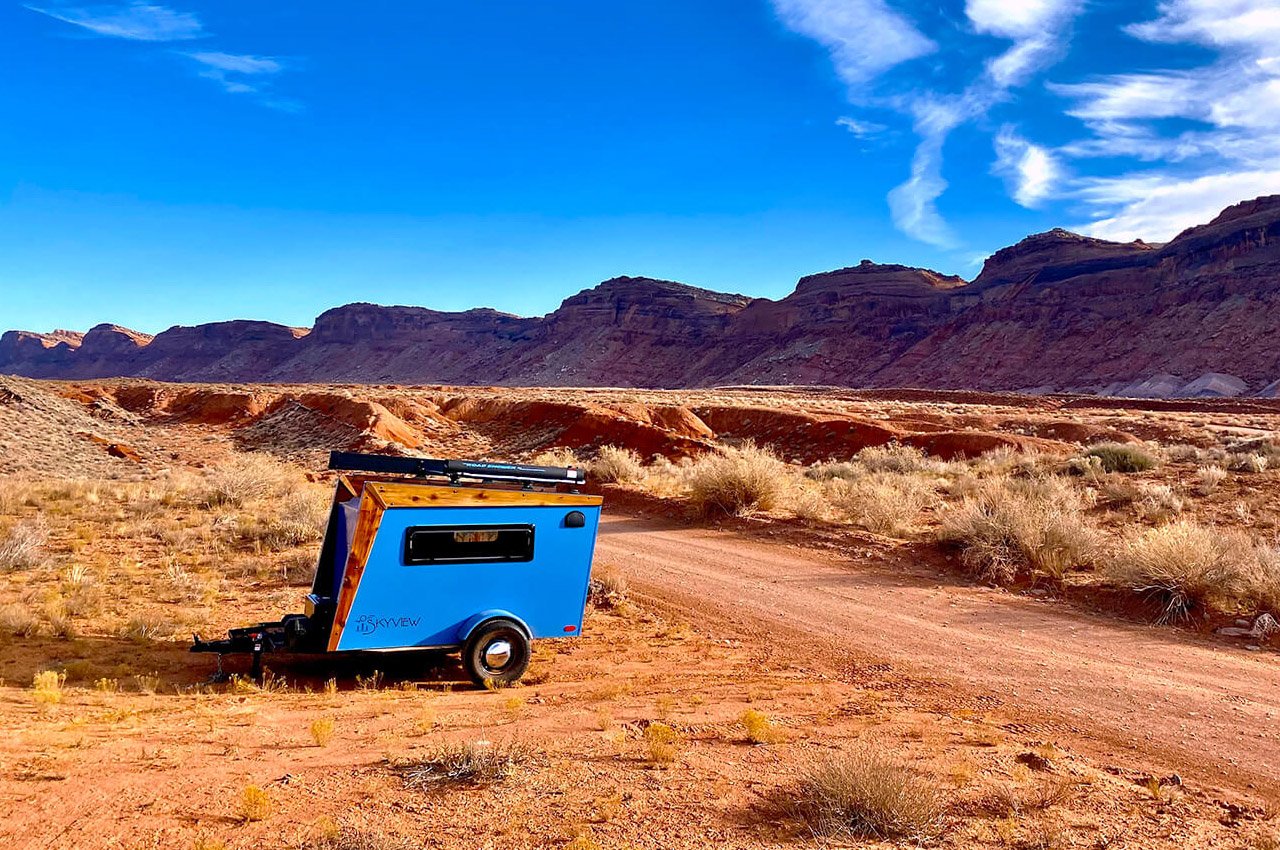