Nothing embodies the spirit of design better than the LEGO Ideas forum. Most people look at a handful of LEGO bricks and see them as constraints (because of their blockish nature), but the LEGO Ideas forum is filled with hundreds of thousands of ideas for products, sculptures, and other incredible installations that JUST use LEGO bricks (we’ve covered our fair share of them too)! It’s the perfect embodiment of working within constraints to deliver great ideas and results! Mirroring that spirit is Sariel Bricks & Pets’ LEGO Flip Clock, which looks and functions exactly like old-timey mechanical flip clocks, and even uses the exact same gear design and mechanism to tell the time. The impressive part? Everything you see is made exclusively from LEGO bricks… barring the number stickers on the flip panels, of course!

There’s something incredibly satisfying about Sariel’s intricately built LEGO MOC (My Own Creation). The panels, frame, gear systems, and even the motor are all LEGO products. Standing 44 cm wide and 15 cm tall (17.4″ by 5.9″), the LEGO Flip Clock features a 10:1 gear ratio for counting down the minutes, and a 12:1 gear ratio for the hours (allowing it to reset every 12 hours). The only visual flaw here (and this is purely subjective) is the fact that the minute numbers aren’t as close together as you’d expect, which means it’s easy to read the time as 08:5:3 rather than 08:53. As far as problems go, that one isn’t too big and once you get the hang of it, you can look past the visual gap rather easily. Setting/adjusting the time on this clock may present a bit of a challenge, however. 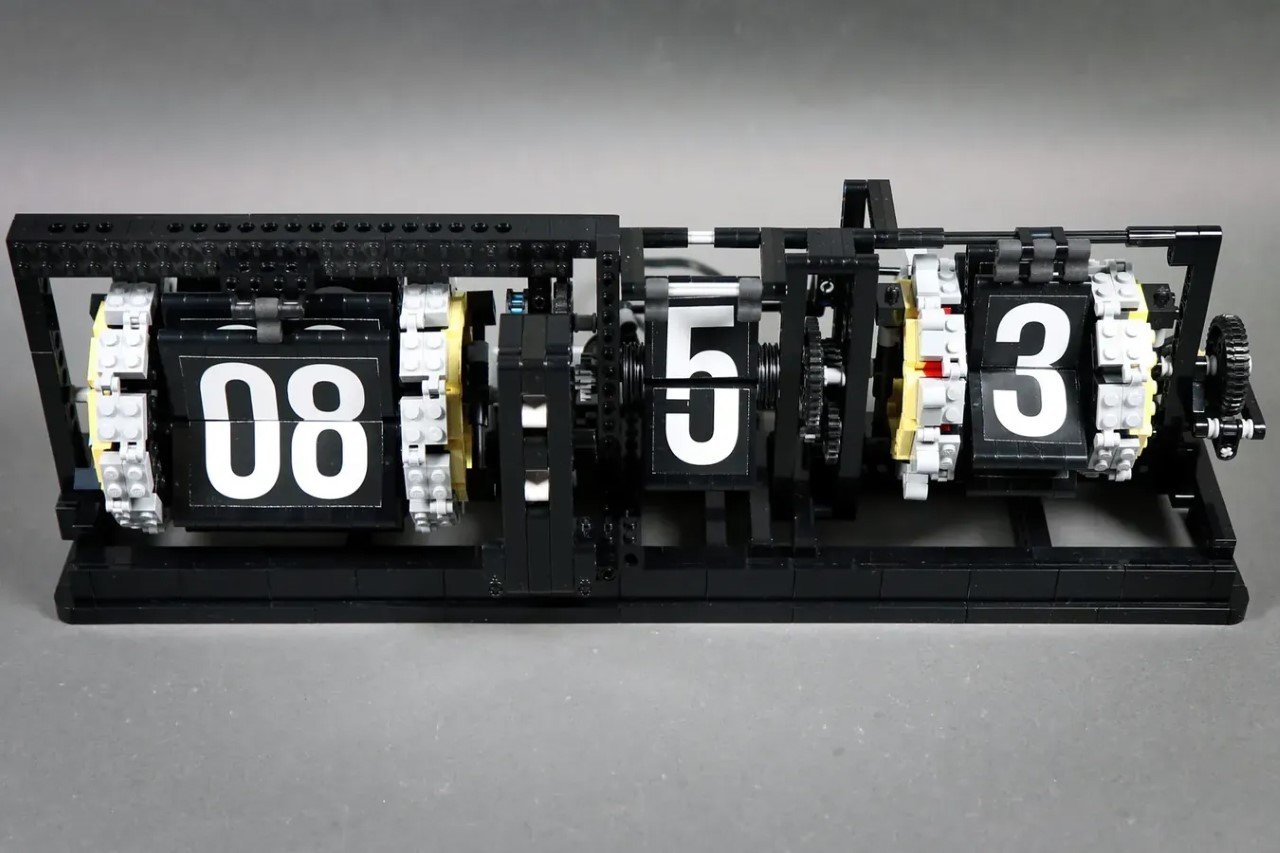 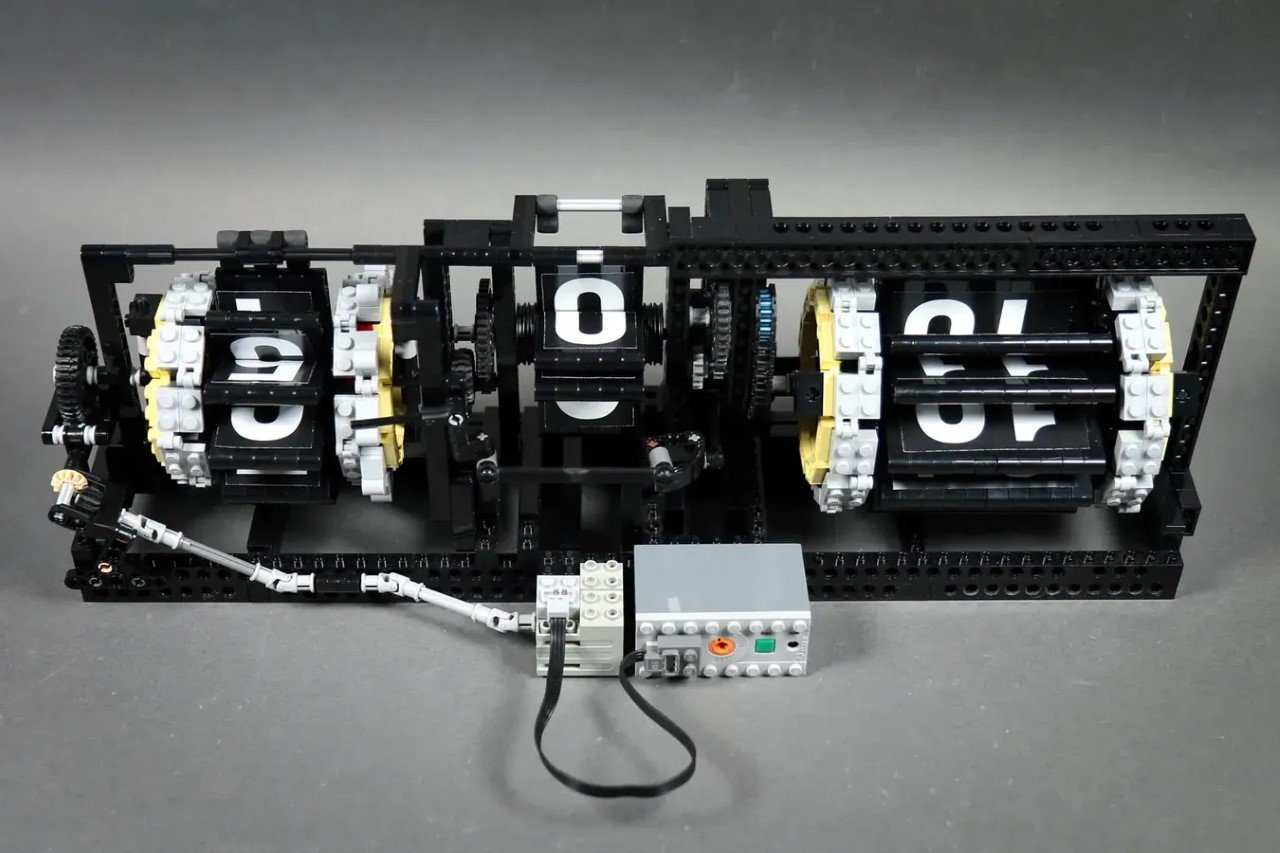 Look over at the back and you’ll see that the clock runs on a LEGO motor too. Master Builder Sariel chose the LEGO motor not just for its compatibility, but also for the fact that it’s quieter than other RC motors. This means all you really hear with the Flip Clock are the panels periodically flipping over, making a rather satisfying click sound. 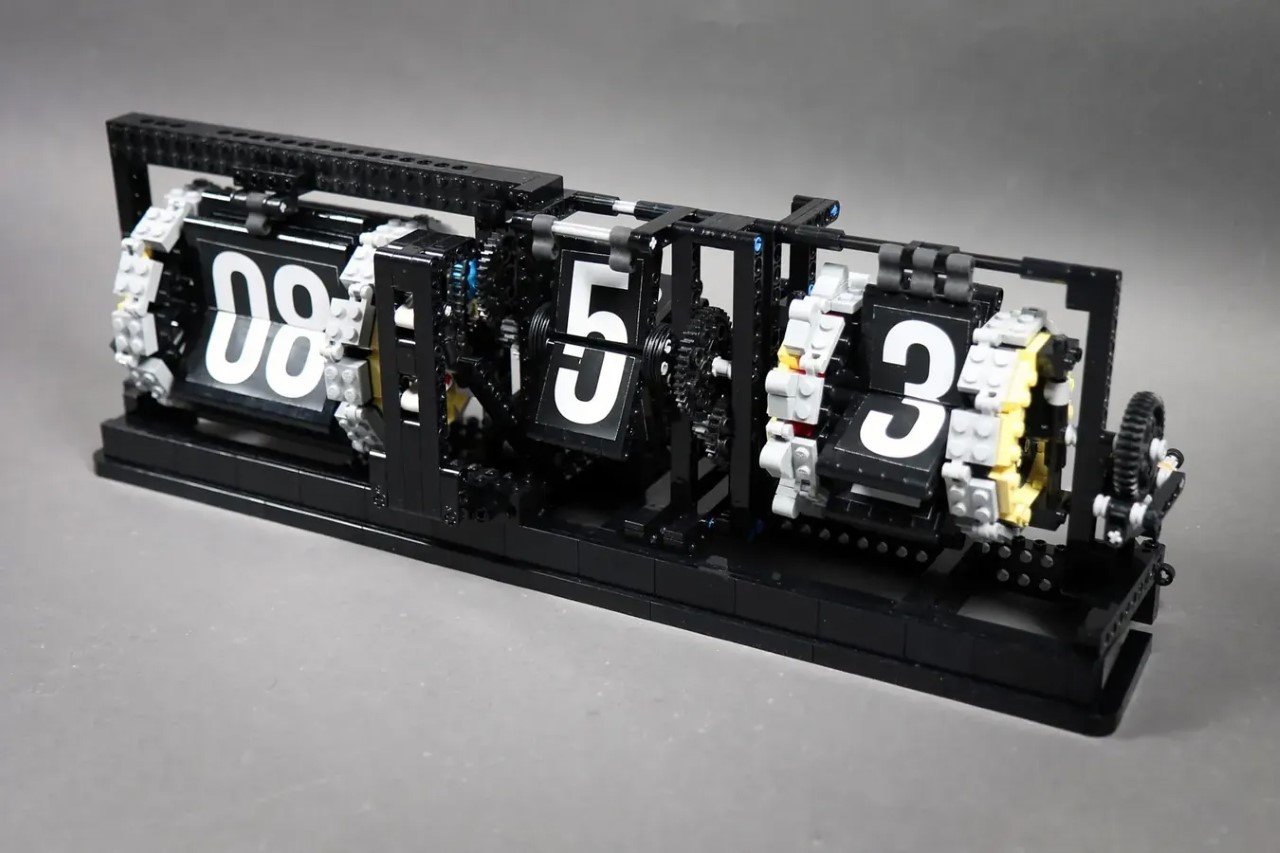 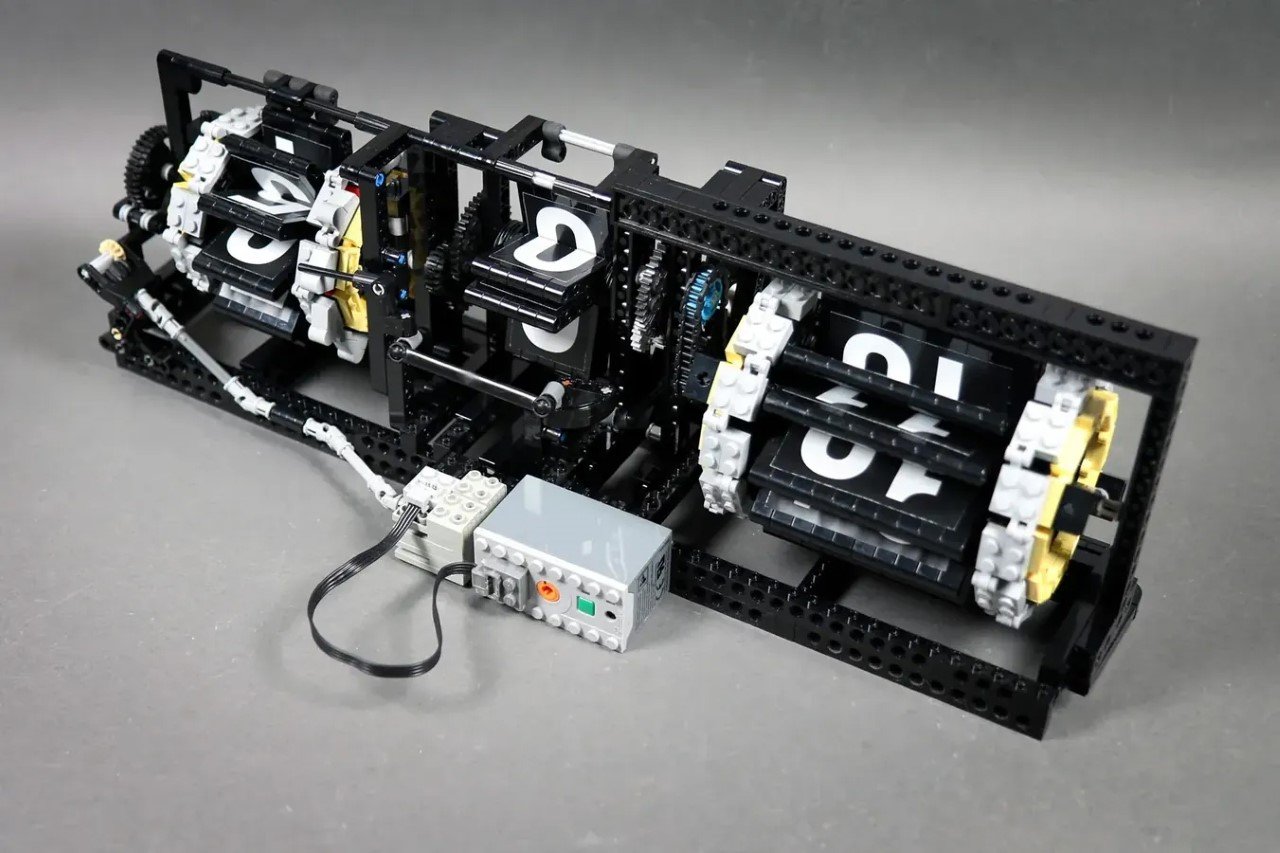 Sariel’s functional mechanical LEGO Flip Clock currently has the support of 2,022 voters on the LEGO Ideas platform. If they reach the coveted mark of 10,000 votes, LEGO will turn the MOC into a box-set that people can buy, build, and own! If you want to help Sariel Bricks & Pets achieve their goal, click here to visit the project page and cast your vote for the MOC! 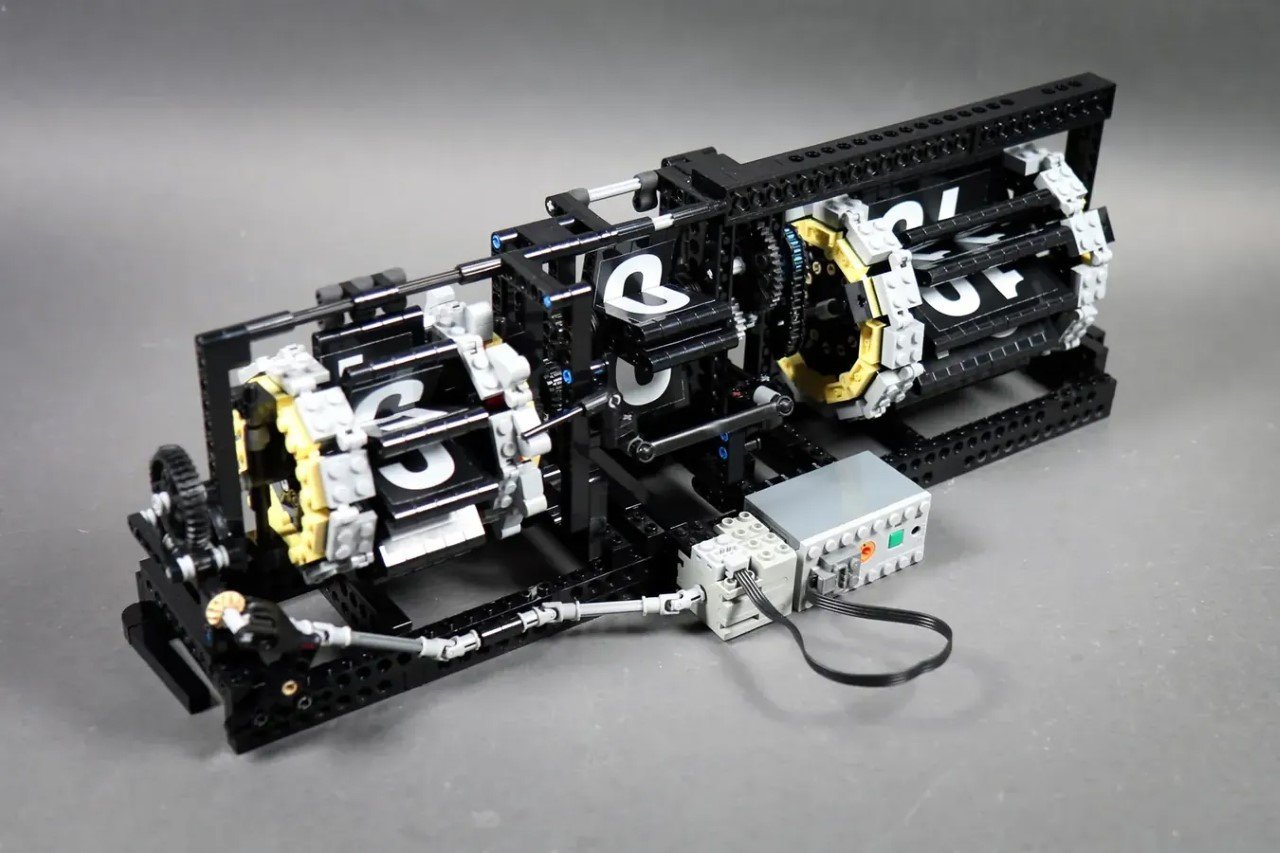