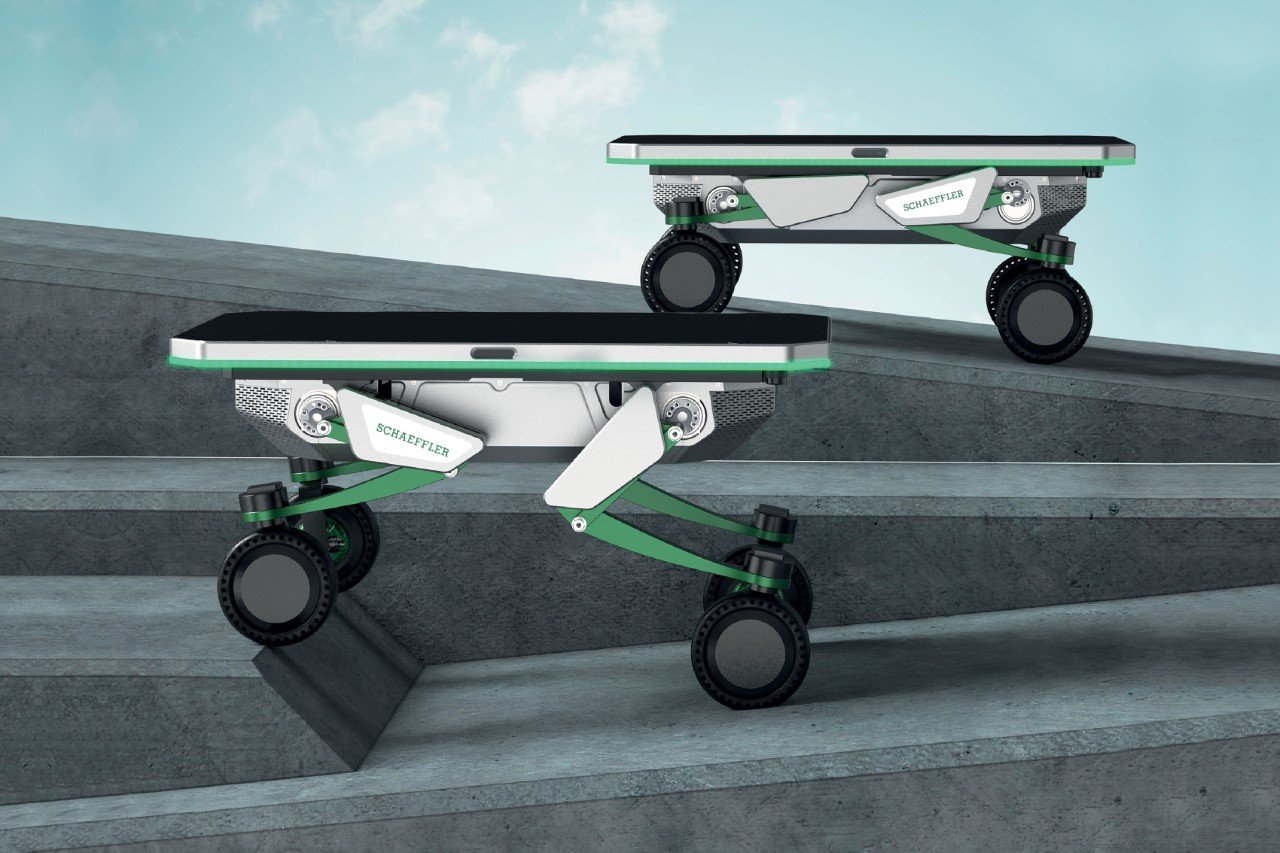 It’s like Boston Dynamics’ robot dog… but with the actual ability to ‘fetch’ cargo within factories and warehouses!

Named DEX for its Dual EXtendable legs (as well as a play on the word dexterity), this purpose-built robot from Schaeffler is a champion of mobility, with jointed legs as well as wheels that allow it to move across flat or uneven surfaces, work up and down ramps, and even climb stairs to get to different parts of a factory floor. Equipped with a flat platform on top and a host of sensors immediately beneath it, DEX can autonomously move around, carrying cargo from point A to B while easily avoiding obstacles that may come in its way.

Best described as an AMR (Autonomous Mobile Robot), DEX works in conjunction with human workers, aiding them and understanding their needs and requirements to improve efficiency. Through its unique design that can autonomously navigate a wide variety of surfaces, DEX “reimagines the dexterity and intelligence of collaborative robots”. 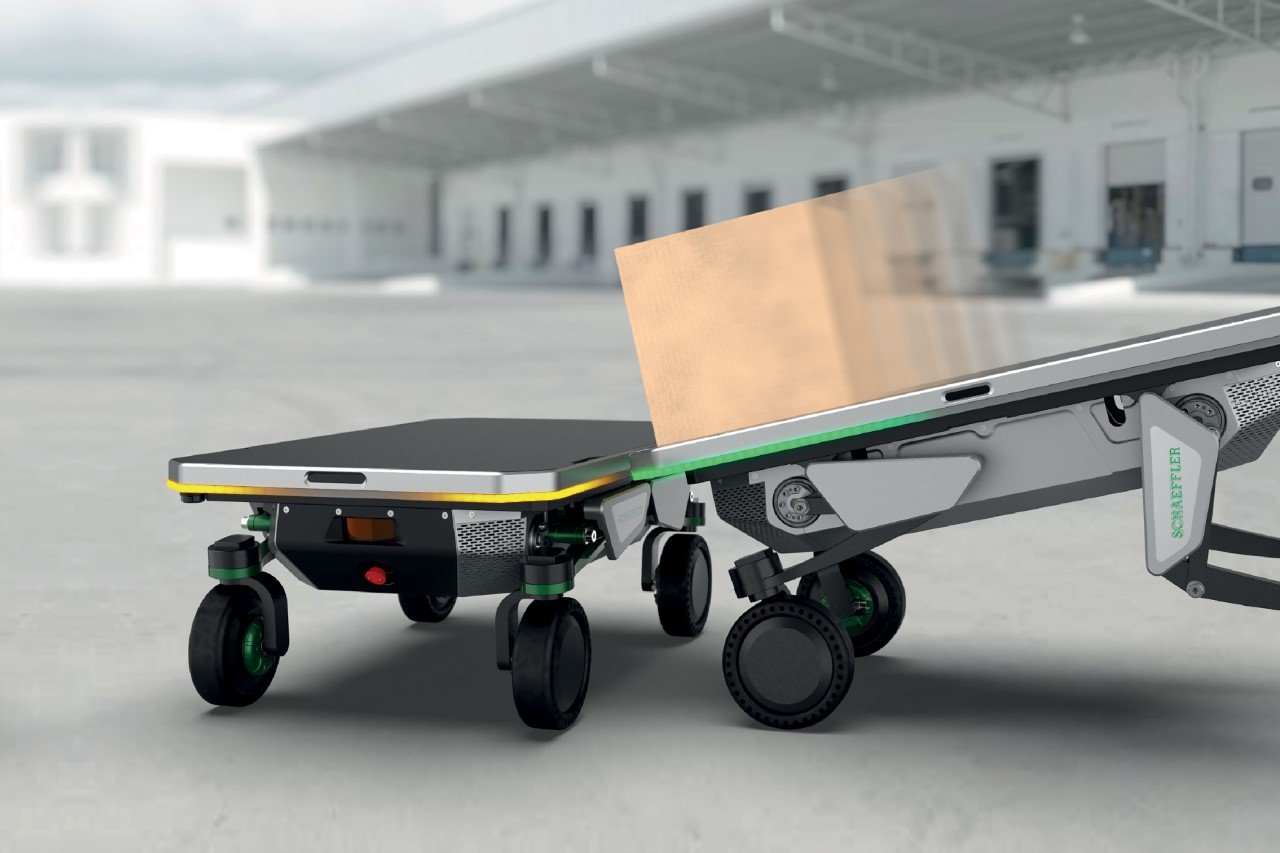 “DEX has a seamless way of understanding both non-verbal and verbal communication”, say the designers at Schaeffer. “With other robots, they work collectively to reduce the strain on workers. DEX can also be controlled using hand gestures and voice commands, thereby reducing the complexity of interacting with robots.” 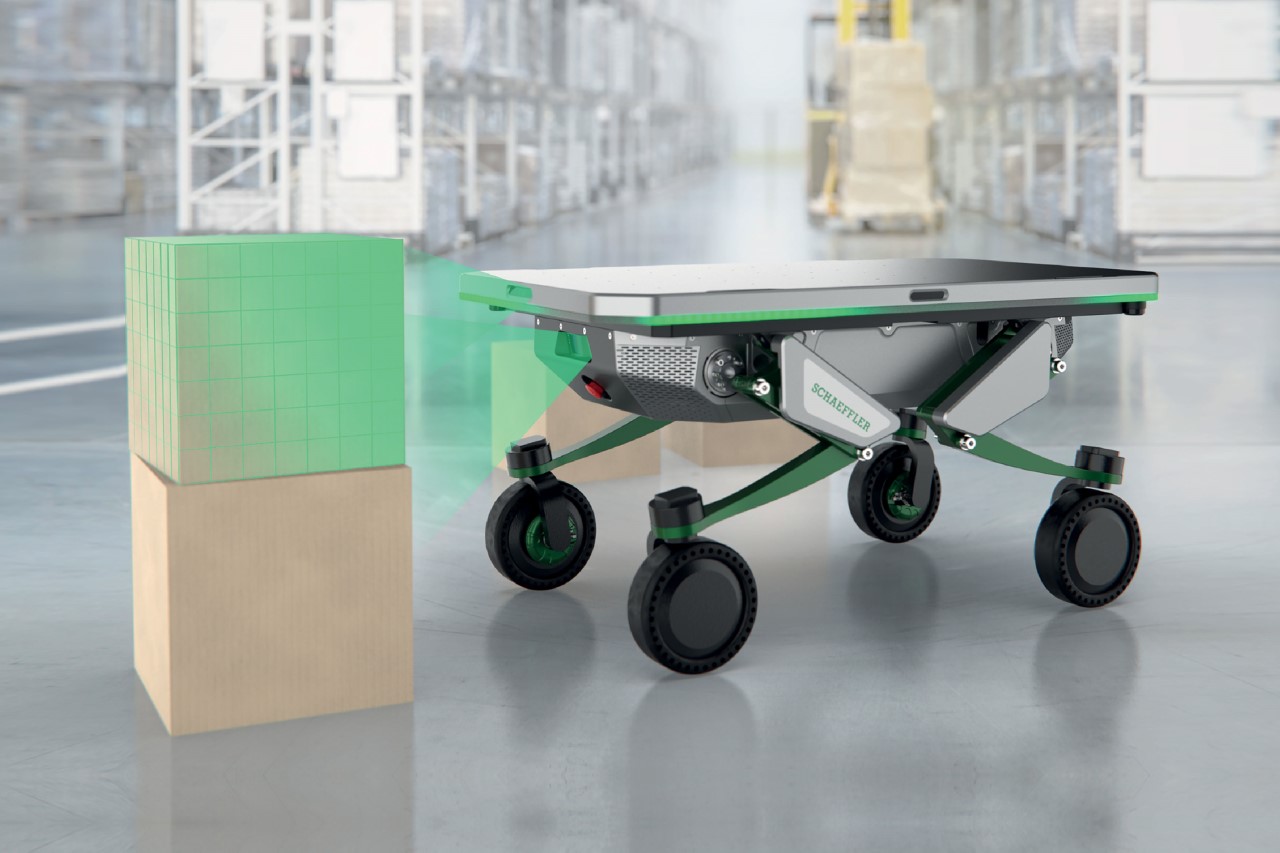 While autonomous robots have been around for years now (in warehouses, if not the streets), what makes DEX so incredibly innovative is its format. Sure, anyone can attach sensors to a forklift truck, but DEX’s ability to conquer terrains, maneuver tight spaces, and also avoid obstacles with great reflexes is something not every AMR can boast of.

DEX does this through its uniquely designed bi-directional extendable legs that allow the robot to move up and down and even forward and backward. 4 sets of 360° wheels give it even more maneuverability with multiple degrees of freedom, along with the ability to move smoothly and rapidly across flat surfaces. When DEX encounters slopes, terrain, or stairs, the wheels take the proverbial back seat and the 4 legs kick into action, making it go from a rolling robot to a walking one. All throughout its use, a ring of lights around it synchronizes with the robot’s movement, communicating intention clearly to ensure seamless human/robot collaboration.

The DEX is a Best of Best winner of the Red Dot Design Concept Award for the year 2022. 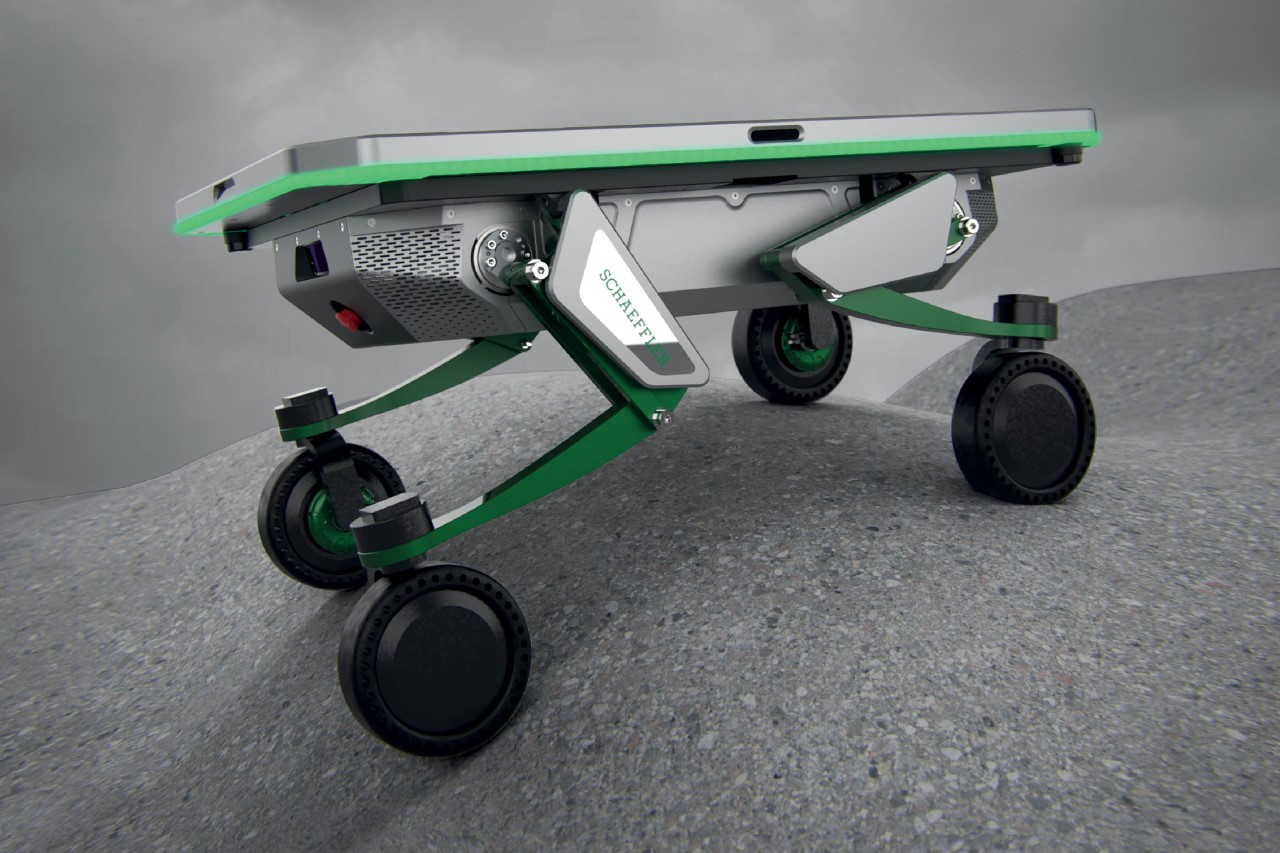