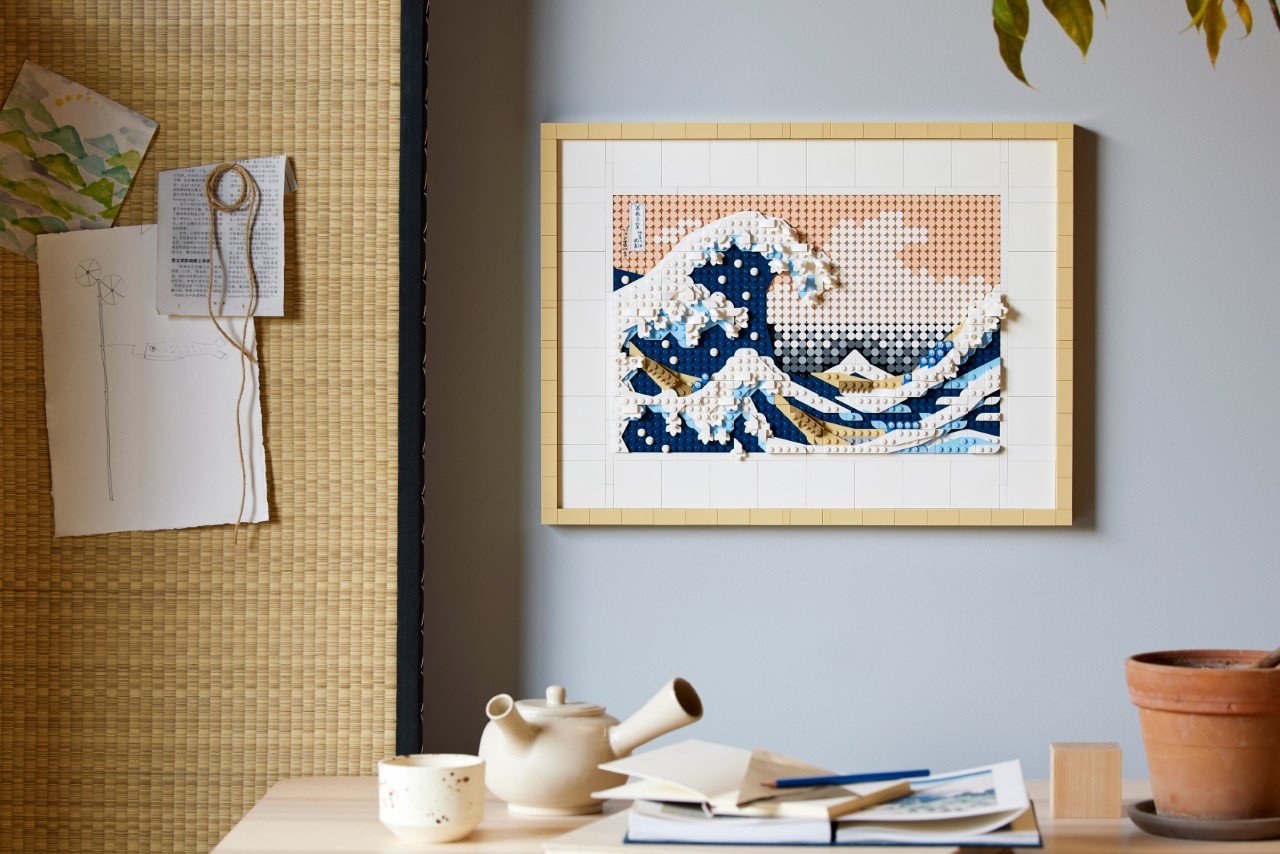 It distills the detailed painting down to a set of block-based art but retains every bit of the original’s grand beauty.

The Great Wave of Kanagawa remains one of the art world’s most iconic and recognizable paintings. Just about as famous as the Mona Lisa or Van Gogh’s Starry Night, The Great Wave is a hallmark of Japan’s Ukiyo-e art movement, which flourished from the 17th through 19th centuries and involved a series of detailed wood-block print techniques. LEGO Art’s interpretation involves plastic blocks instead, and comes with a brick-count of 1810 pieces to build this influential eastern artwork from scratch, along with a special brick that contains artist Hokusai’s signature too! 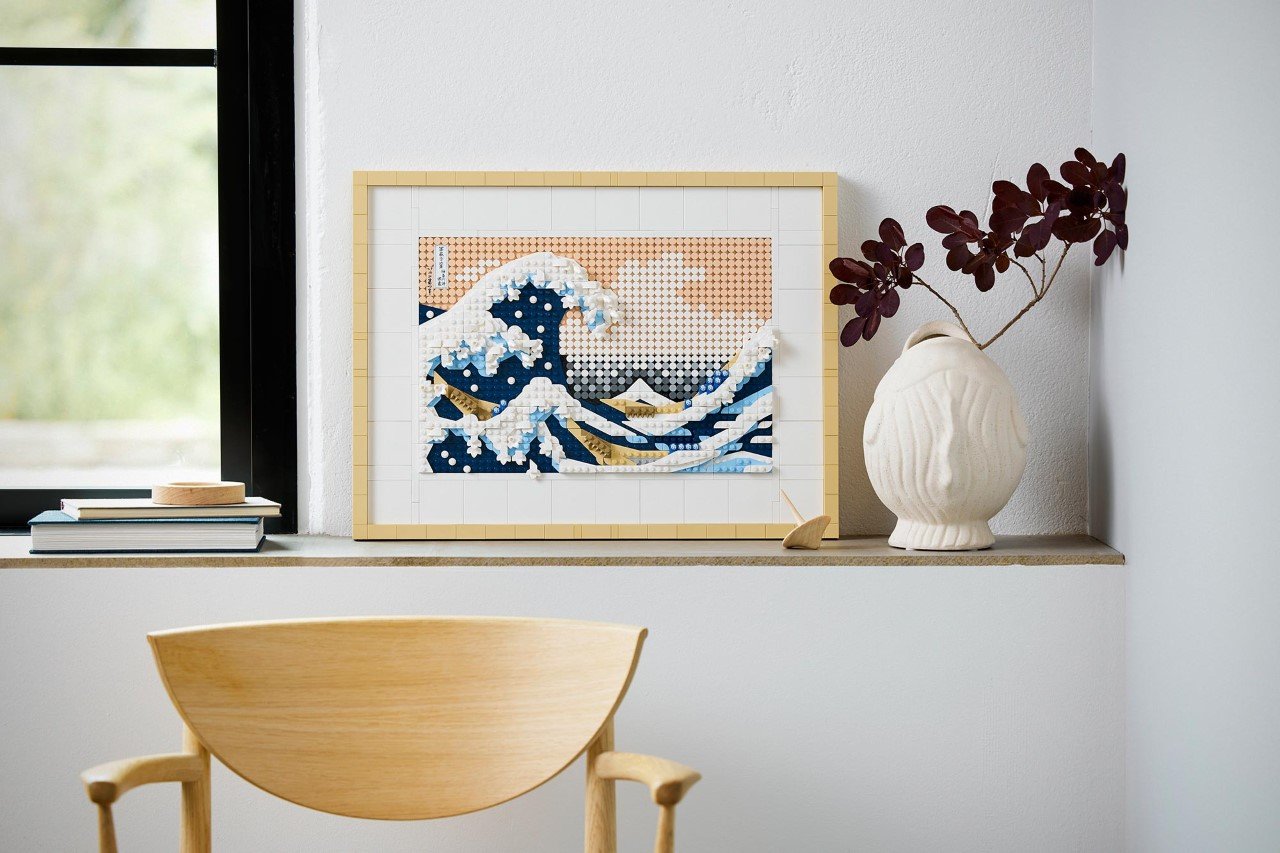 Unlike LEGO’s revisit of Van Gogh’s Starry Night, which used regular linear bricks to mimic the Dutch artist’s post-impressionist strokes, The Great Wave (31208) takes a much more intricate approach, with the canvas comprising of multiple dot-shaped bricks that give the painting a pointillism-effect. 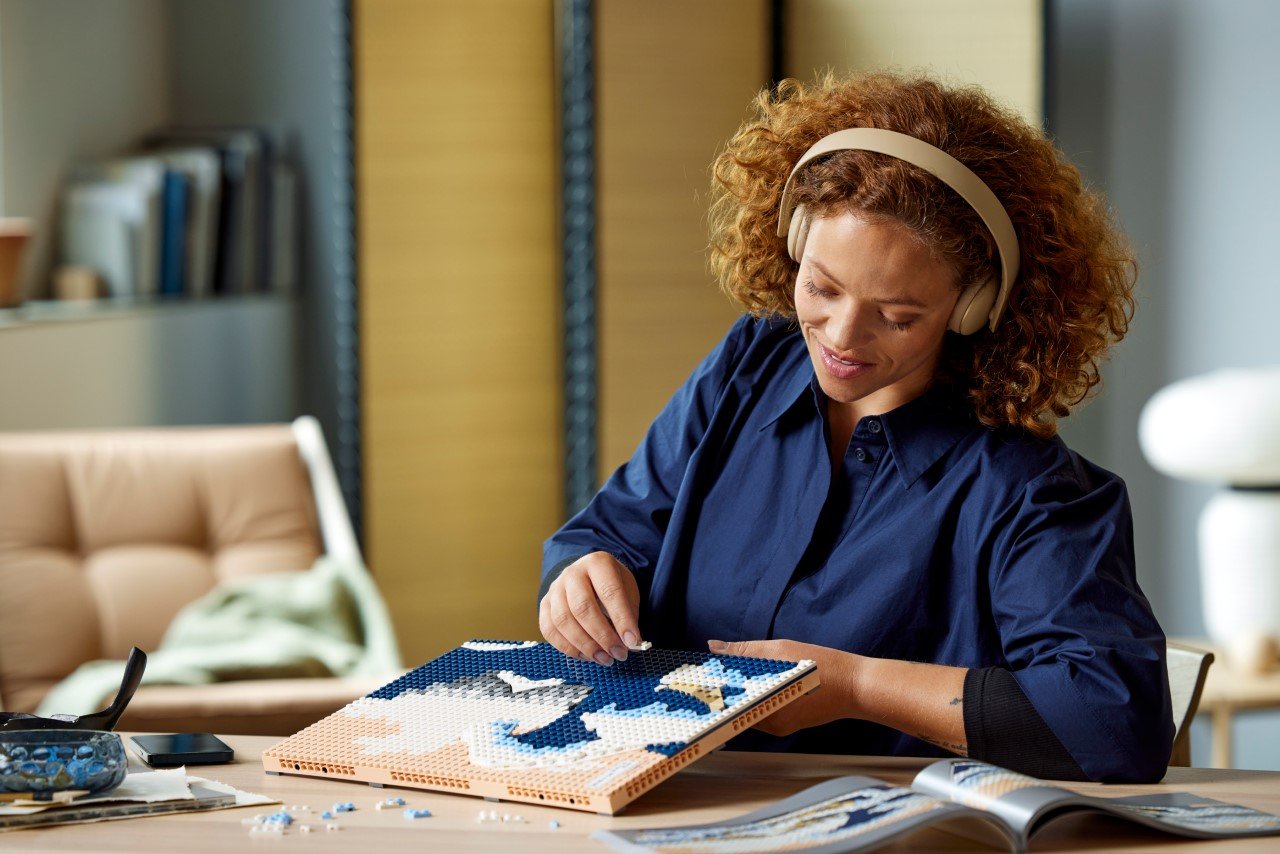 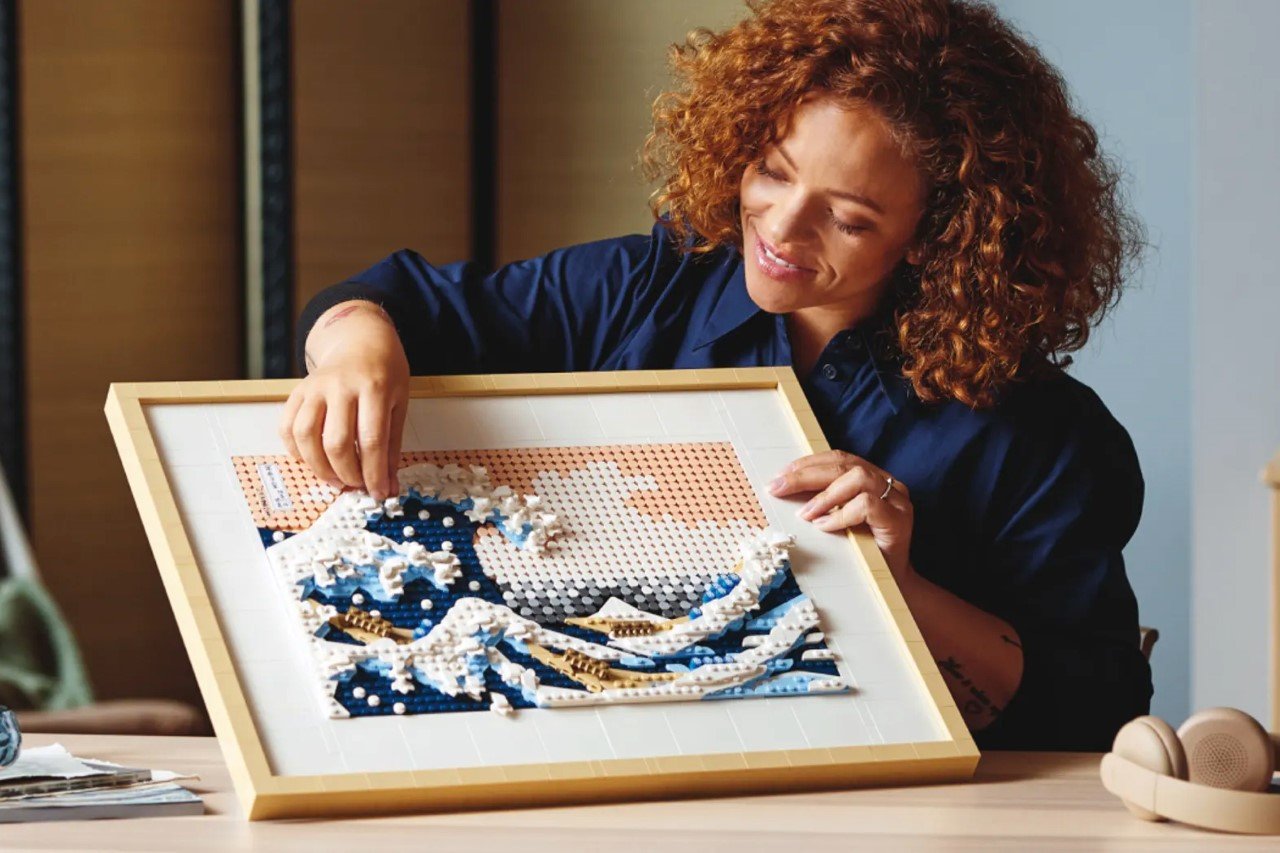 The overall set measures 20.5 inches in width and 15.5 inches in height, making it almost twice as large as the original. The 1810-brick set features 6 canvas plates, 2 hanger elements, a brick separator, and a decorative tile with Hokusai’s signature. The box it comes in also has a QR code which leads you to a tailor-made soundtrack to enhance your building experience. 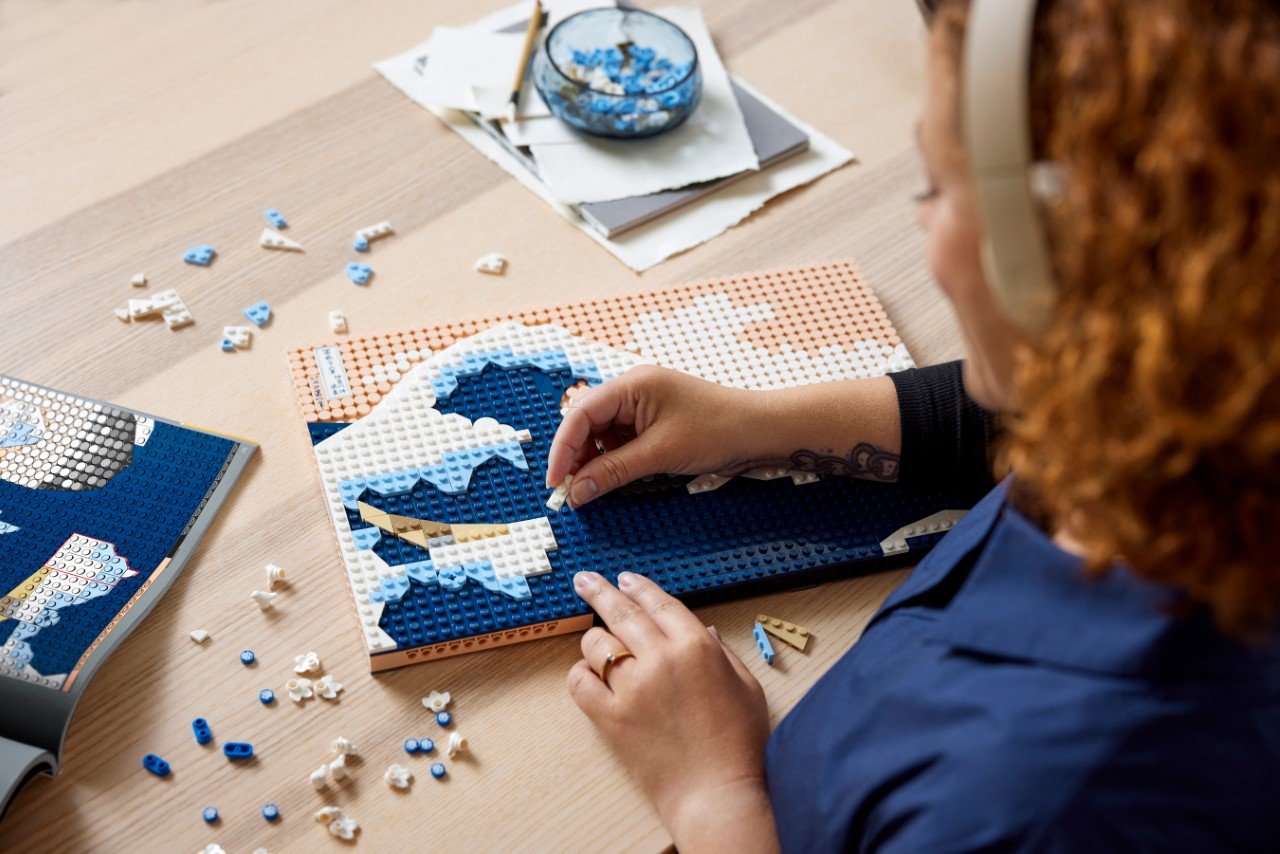 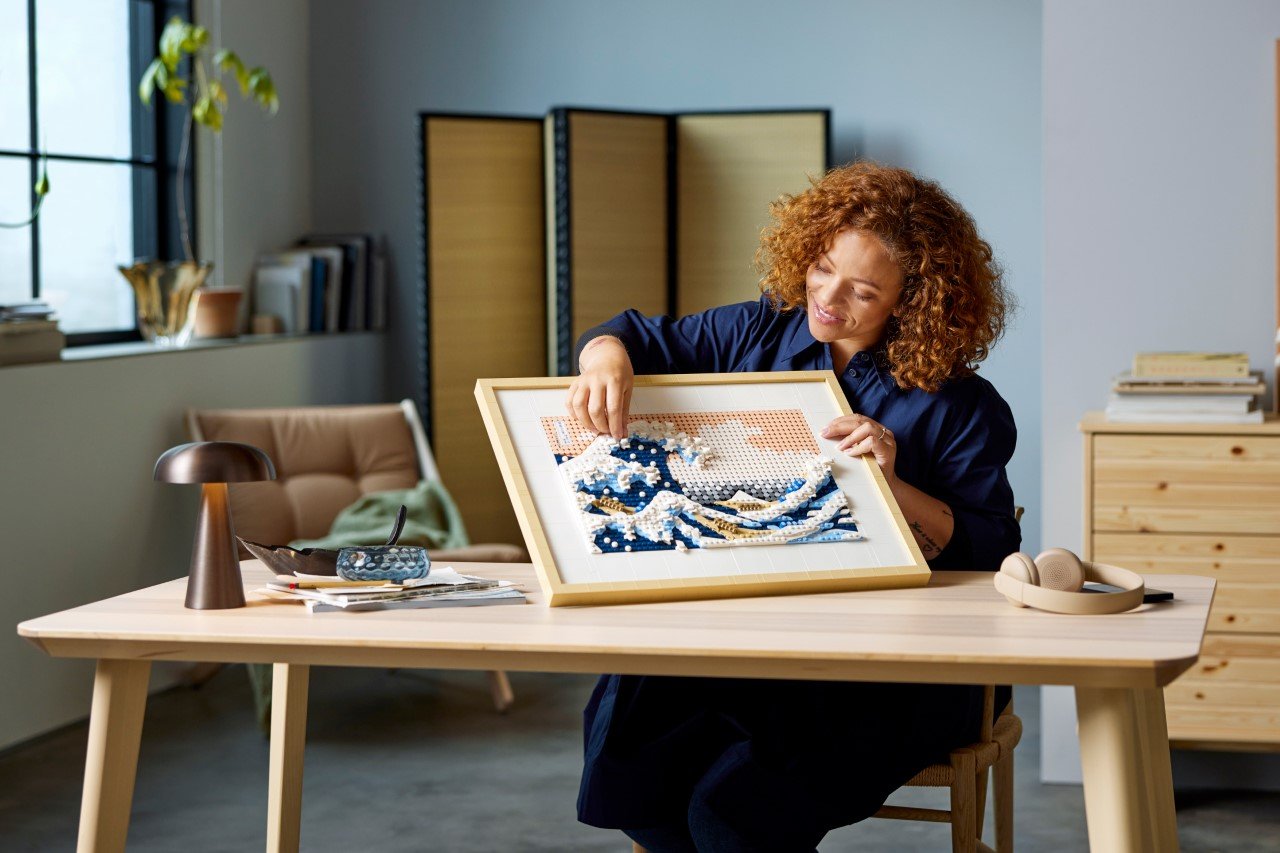 The LEGO Art Hokusai – The Great Wave (31208) will sell for US$99.99, and will be available starting January 1st, 2023. Check out LEGO’s official page for more details, and if you’re looking for a late Christmas Gift or a nice New Year solo activity, this just might be the perfect pick for you! 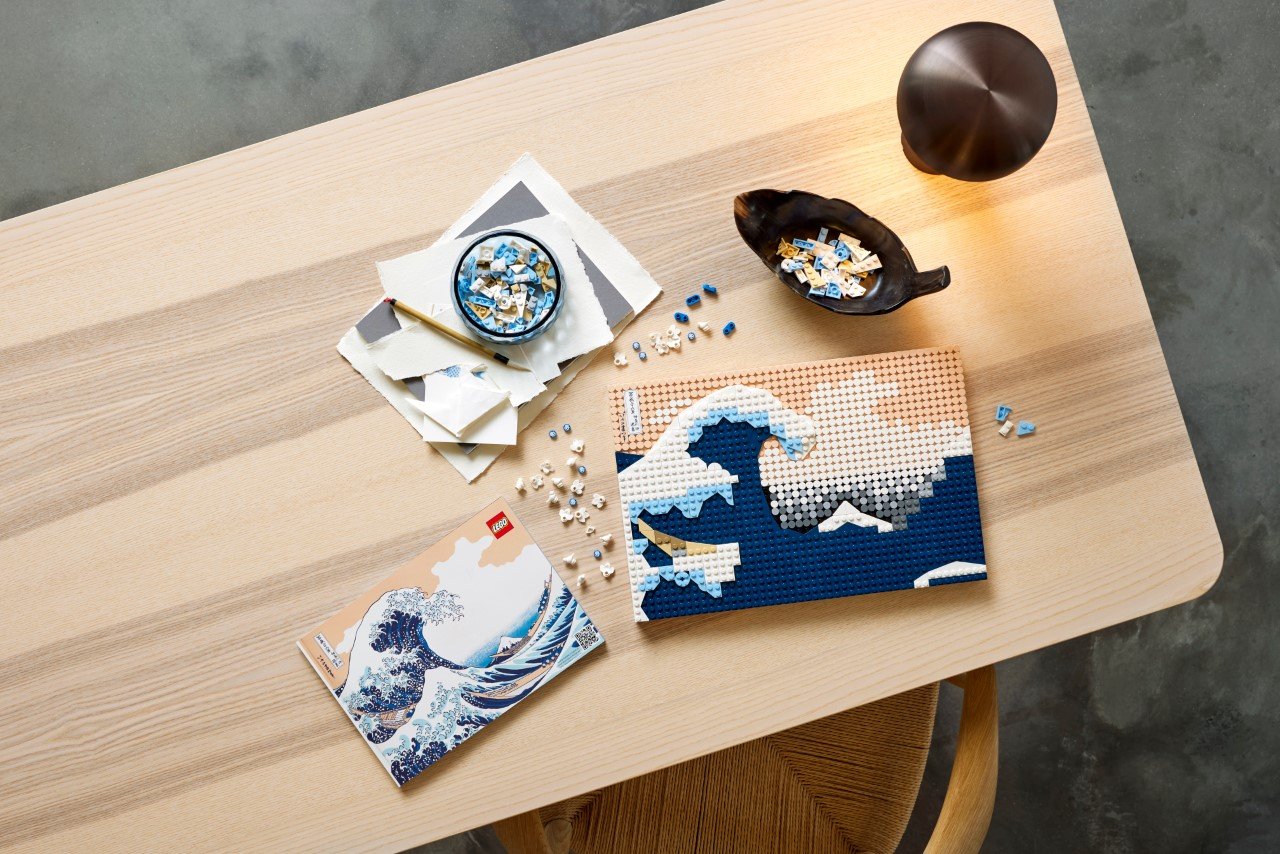 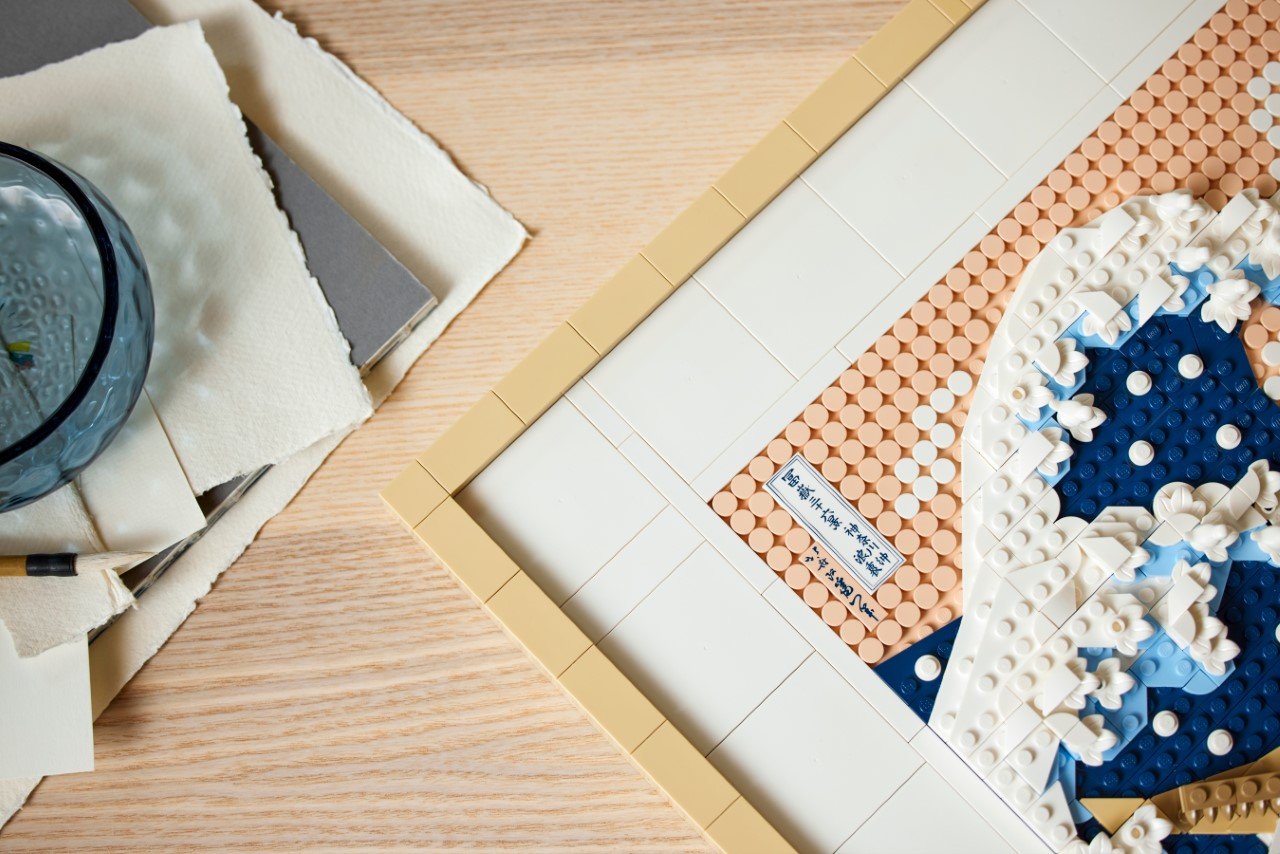