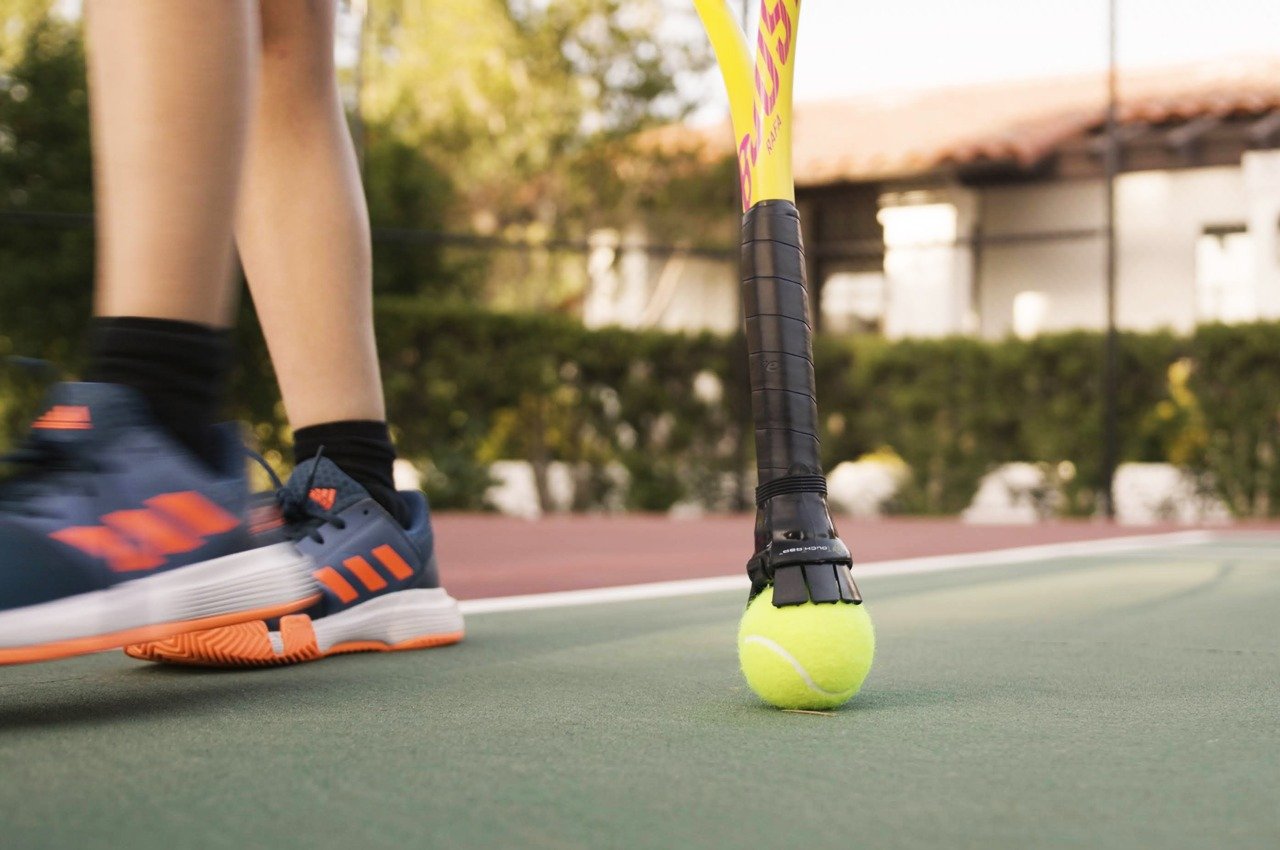 Not only does it make ball-boys obsolete, but it also prevents back injury and allows you to keep your racquet standing upright while you warm up or cool down between sets. The Touch Trap might just be the biggest hardware innovation in tennis since the automatic tennis ball launching machine! 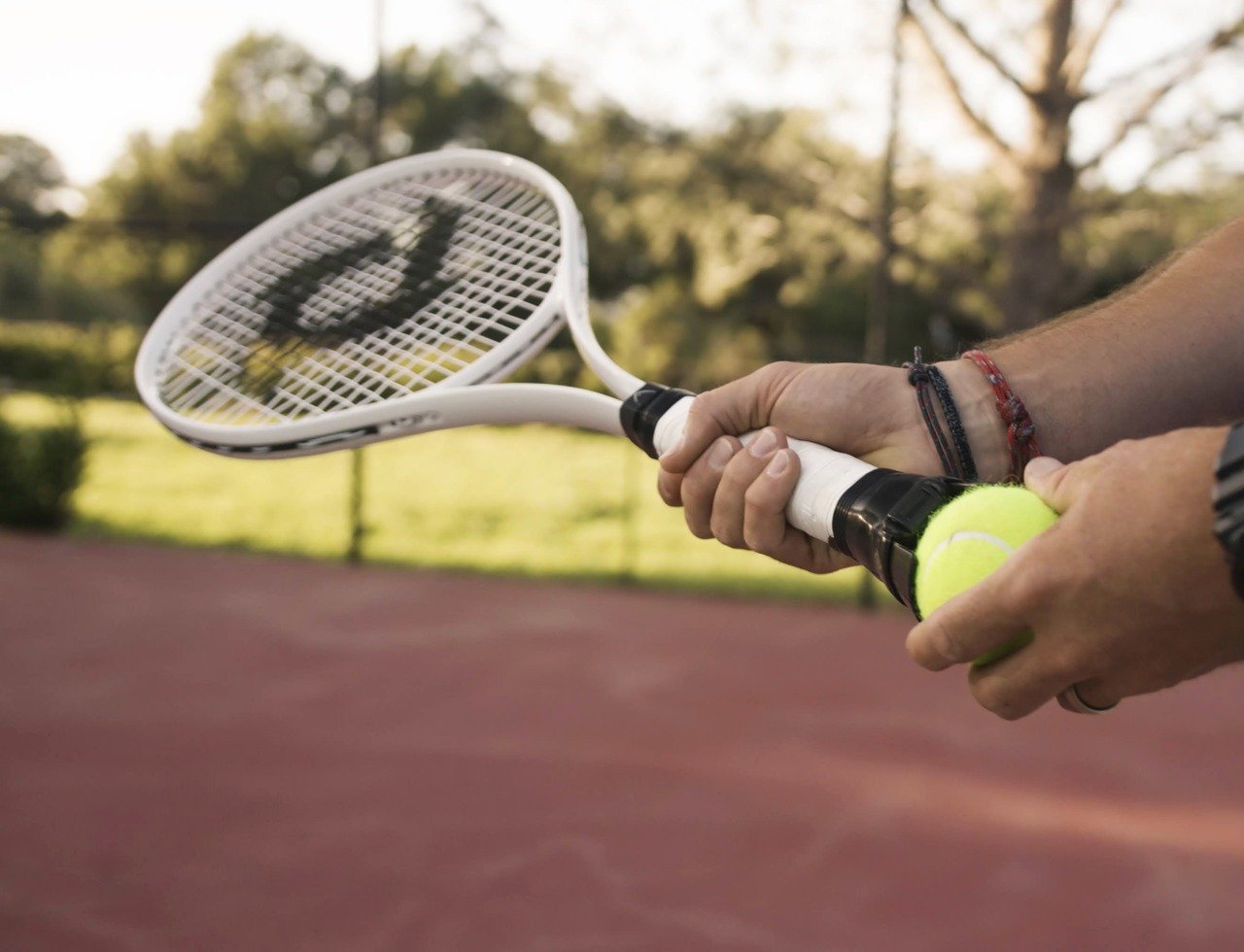 Meet the Touch Trap, a simple device that solves a simple (but highly annoying) problem. You see, playing tennis is fun… but hunching over to pick up tennis balls every 2 minutes kills the fun of the game. Designed to sit on the bottom end of your tennis racquet’s handle, Touch Trap is a universal retrofittable accessory that makes it easy to pick up tennis balls off the floor. Its claw-inspired design grabs onto any ball without any buttons or mechanisms – just good old-fashioned ball+socket design, allowing you to easily lift balls off grass, clay, carpet, or hard courts… without bending over! 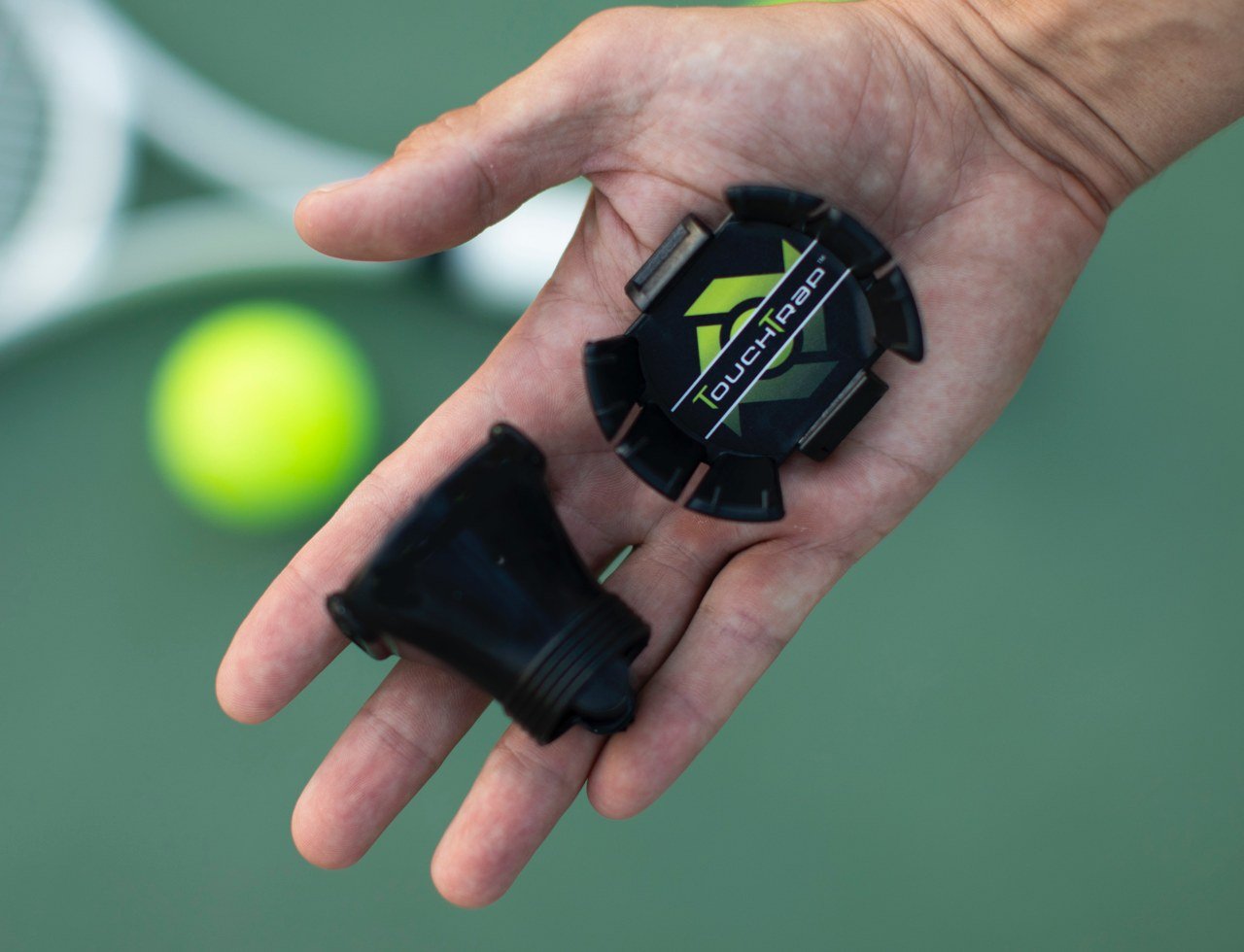 The Touch Trap is designed to universally fit onto virtually any racquet – an understated feature that definitely deserves some praise. Sure, they could design their own racquets with the ball-grip built-in (and make more money per racquet or even license the design), but they chose the more noble route – making it a universal accessory that fits onto any existing racquet, allowing you to upgrade the gear you own instead of splurging on a new racquet.

The genesis of the Touch Trap is your classic ‘necessity is the mother of invention’ story. The idea came to Daniel and Zeev Orlov when they saw many of their friends develop back injuries from hunching over to pick up tennis balls mid-game. The Orlovs promised one of their elderly friends at the court that they’d develop a solution that would help him retrieve the ball without needing to bend forward. A few sketches, iterations, and 3D-printed prototypes later, the Touch Trap was born.

The contraption fits onto the end of your racquet thanks to flexible rubber bottom and uses a hard-plastic ‘clawed’ crown that grips the ball like those claw-gripping games at the arcade. Just hold your racquet by the net with the handle facing down, and push the Touch Trap onto the ball. Once the ball fits into its trap with a satisfying click, lift your racquet up and retrieve the ball by pulling it out of the trap. The entire process takes mere seconds and requires a fraction of the effort you’d originally need. 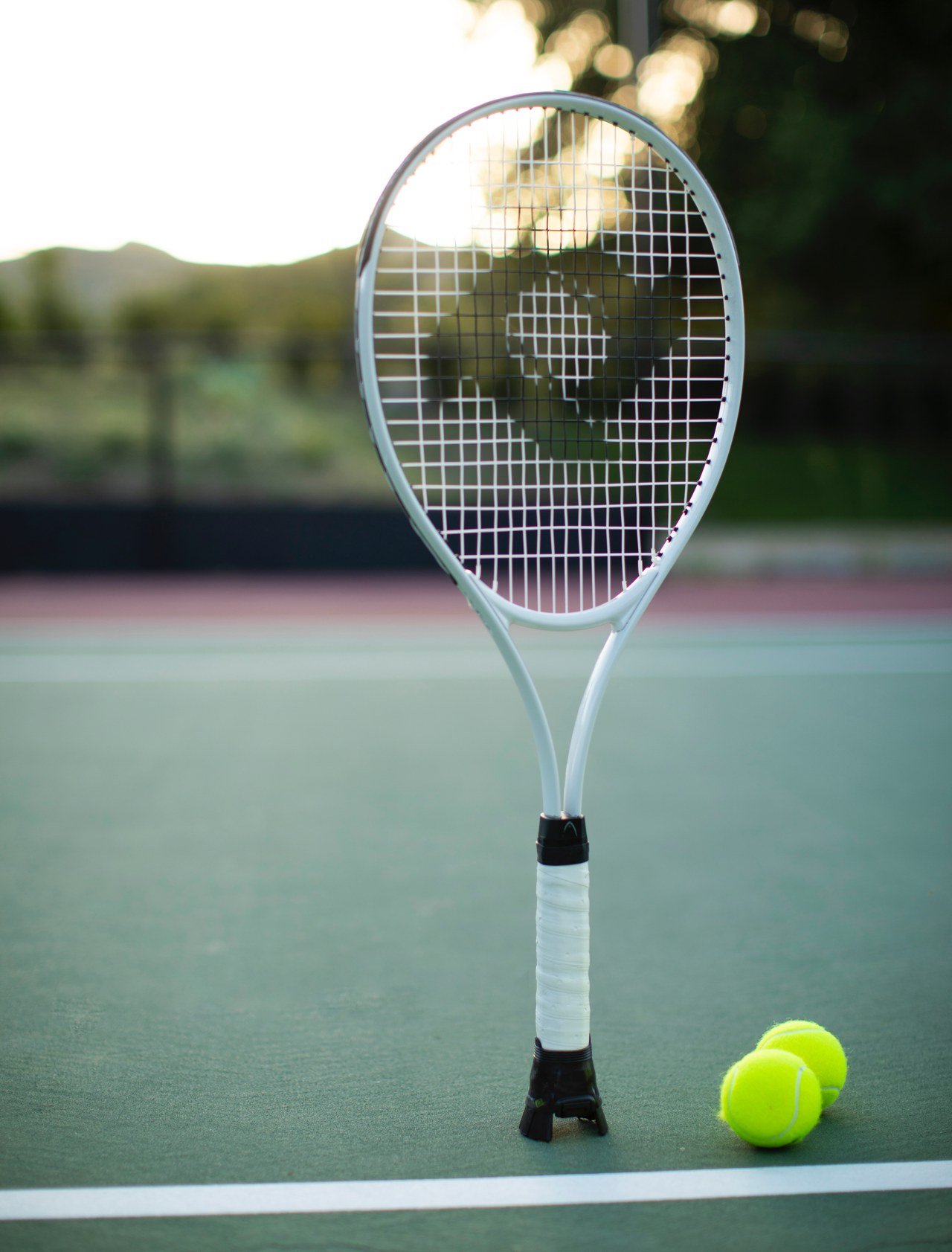 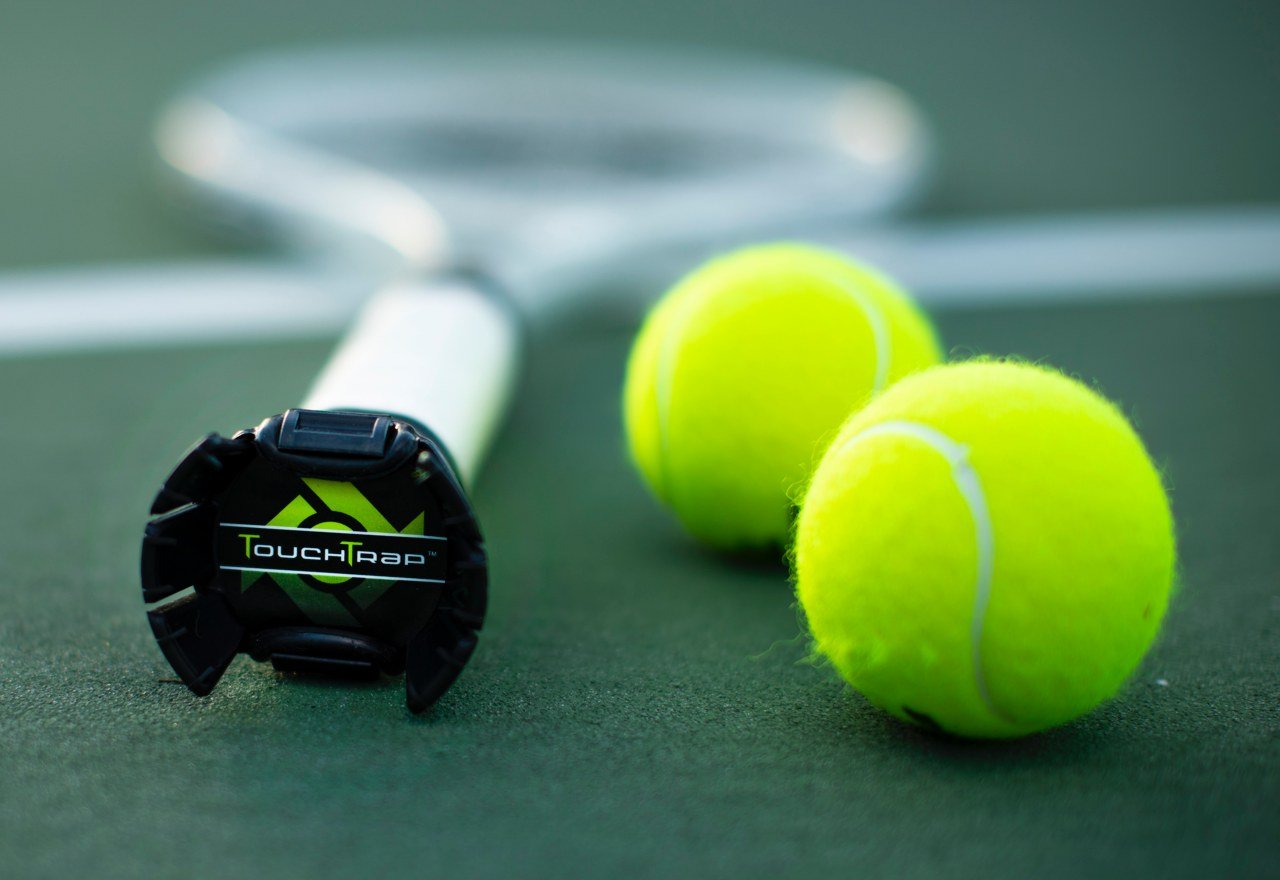 The Touch Trap’s plastic crown has yet another trick up its sleeve. Aside from being able to grasp tennis balls, its flat, flared base also allows you to make your tennis racquet stand vertically. Rather holistically designed, this unique feature means you literally NEVER have to bend over, whether it’s to pick up a ball or even pick up your racquet. The patent-pending Touch Trap is priced at a discounted $18 for Yanko Design readers and super early bird backers, with worldwide shipping for anyone who cringes at the idea of having to manually pick up a ball while playing tennis. Now if there were only versions for Ping Pong and Badminton too!