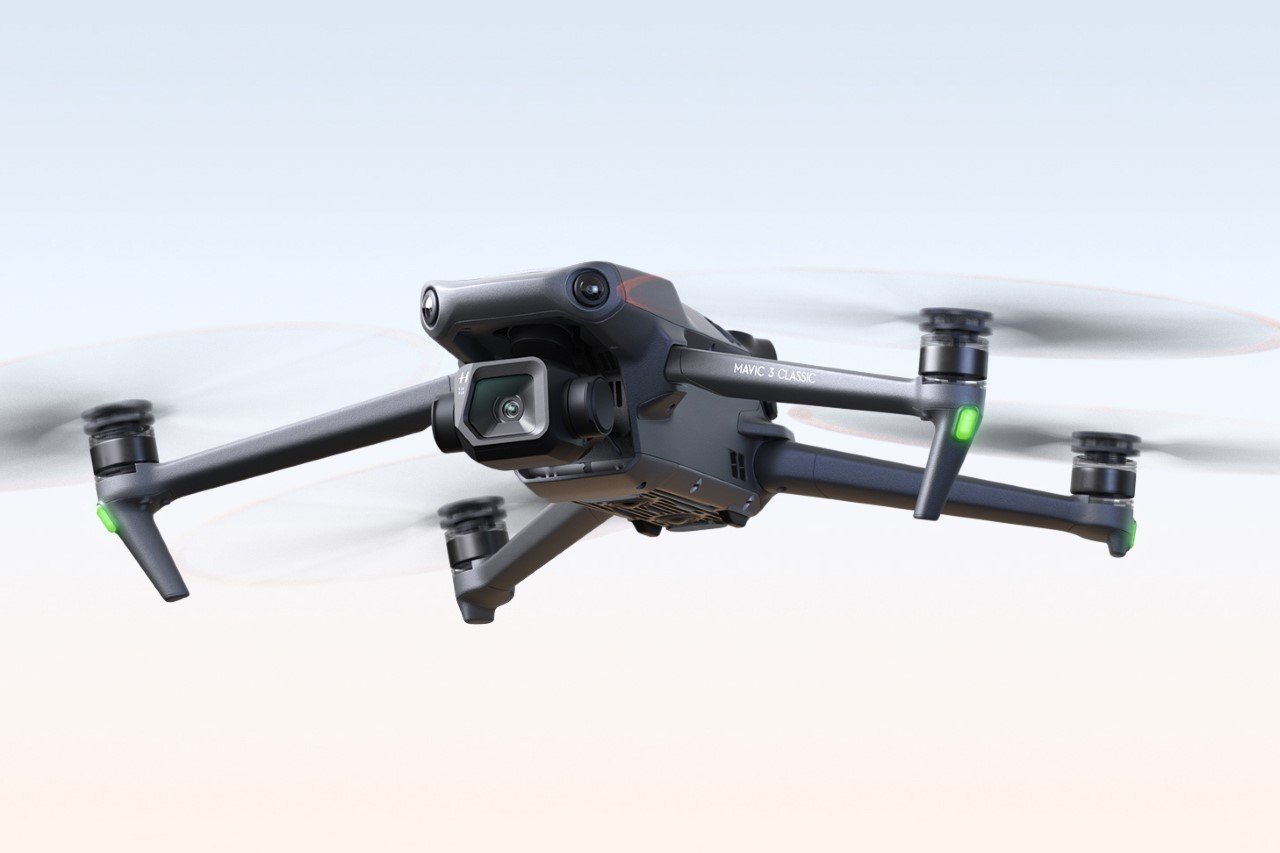 While it’s standard to announce new products that are better than the stuff you’ve previously made, DJI’s switching things up by releasing a more affordable, lower-spec version of its high-end drone from last year. The Mavic 3 Classic is DJI’s answer to everyone who wanted the latest in drone technology but didn’t have $2,199 to spare on a drone. Priced at a much more conservative $1,469, the Mavic 3 Classic cuts back on the secondary telephoto camera found on its predecessor but retains all the other features that make it such a stunning piece of hardware. The Classic drone shoots in 5.1K at 50fps using a 20-megapixel 4/3 CMOS Hasselblad camera that provides incredible detail with industry-leading color accuracy and has a flight time of a whopping 46 minutes, which gives you enough time to pretty much capture everything from sports shots to aerial time lapses of cities and other landscapes. 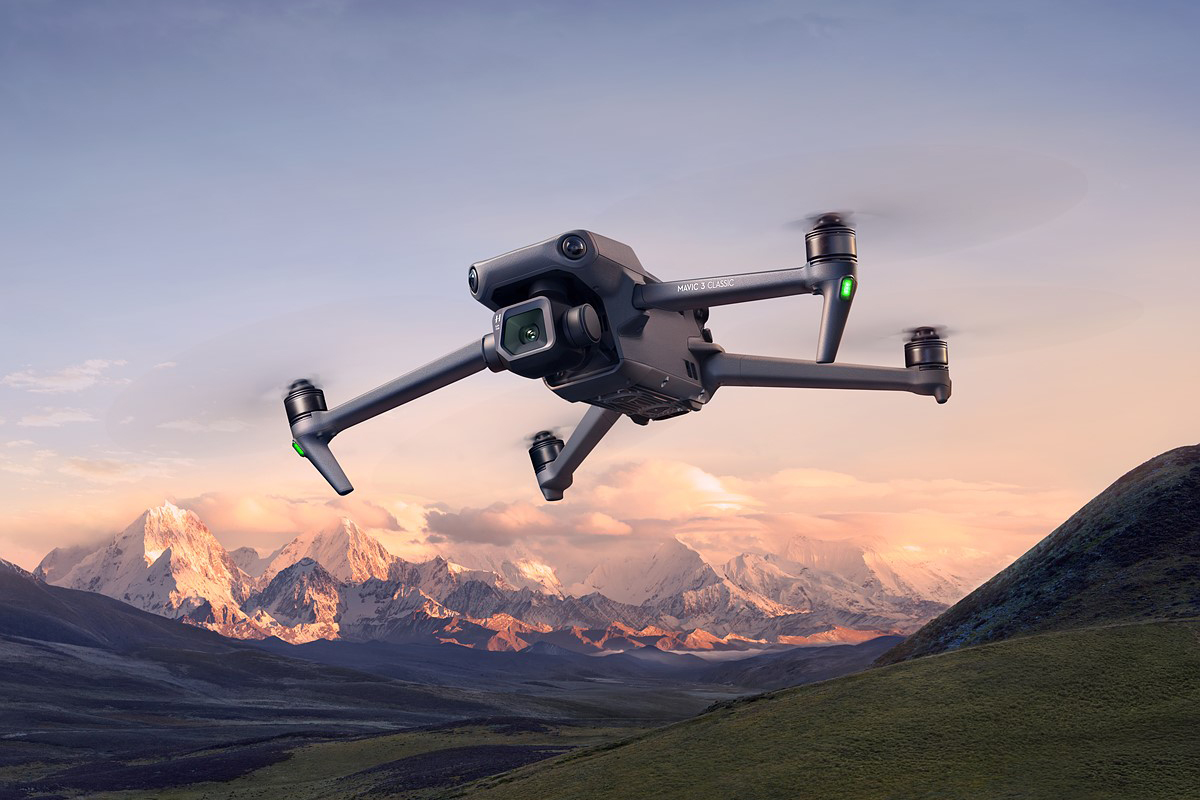 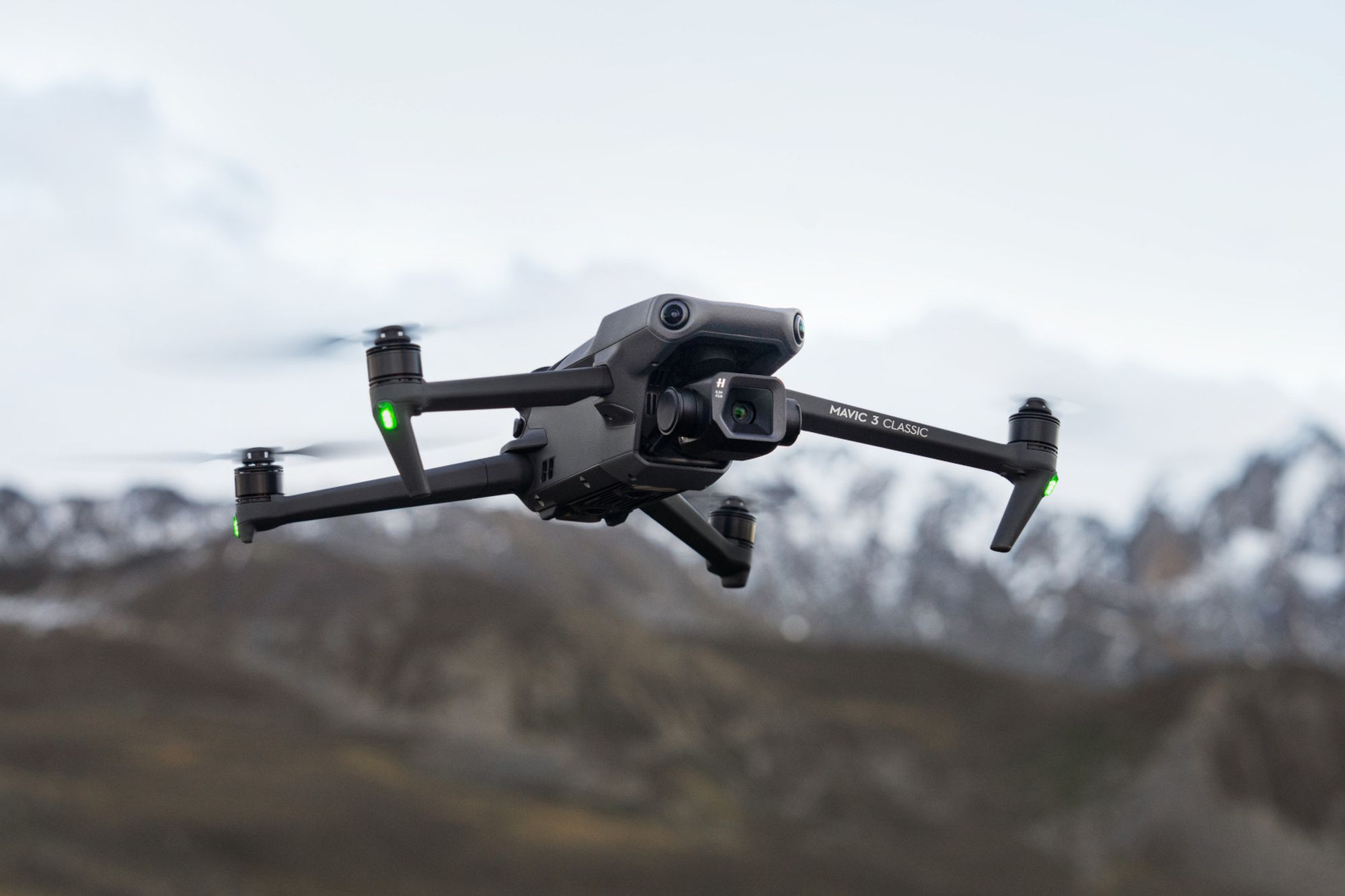 For most people, I’d argue the vast majority, two shooters on a drone may feel like overkill. The Mavic 3, however, still pushed the limit by sporting the 4/3 Hasselblad camera along with a 1/2-inch telephoto camera. Probably realizing that the Mavic line (which was built for consumers and not professionals) may have gone a little off course with the Mavic 3, DJI decided to cut back on the secondary camera to deliver a drone that still outperformed others while being relatively affordable for most high-end consumers.

The Mavic 3 Classic, as its name rightfully suggests, brings the Mavic range back to its original trajectory. The drone doesn’t compromise anywhere at all – it still snaps 12-bit RAW stills, and has the ability to shoot 5.1K (5,120 x 2,700) videos at up to 50 frames per second, cinematic and UHD 4K at frame rates of 120, or Full HD can be recorded at 200 fps. The camera sits on the same 3-axis gimbal that captures incredibly clear images and stable videos, and packs a bunch of visual sensors for omnidirectional obstacle detection and avoidance, along with an AirSense ADS-B receiver to warn users of nearby aircrafts. 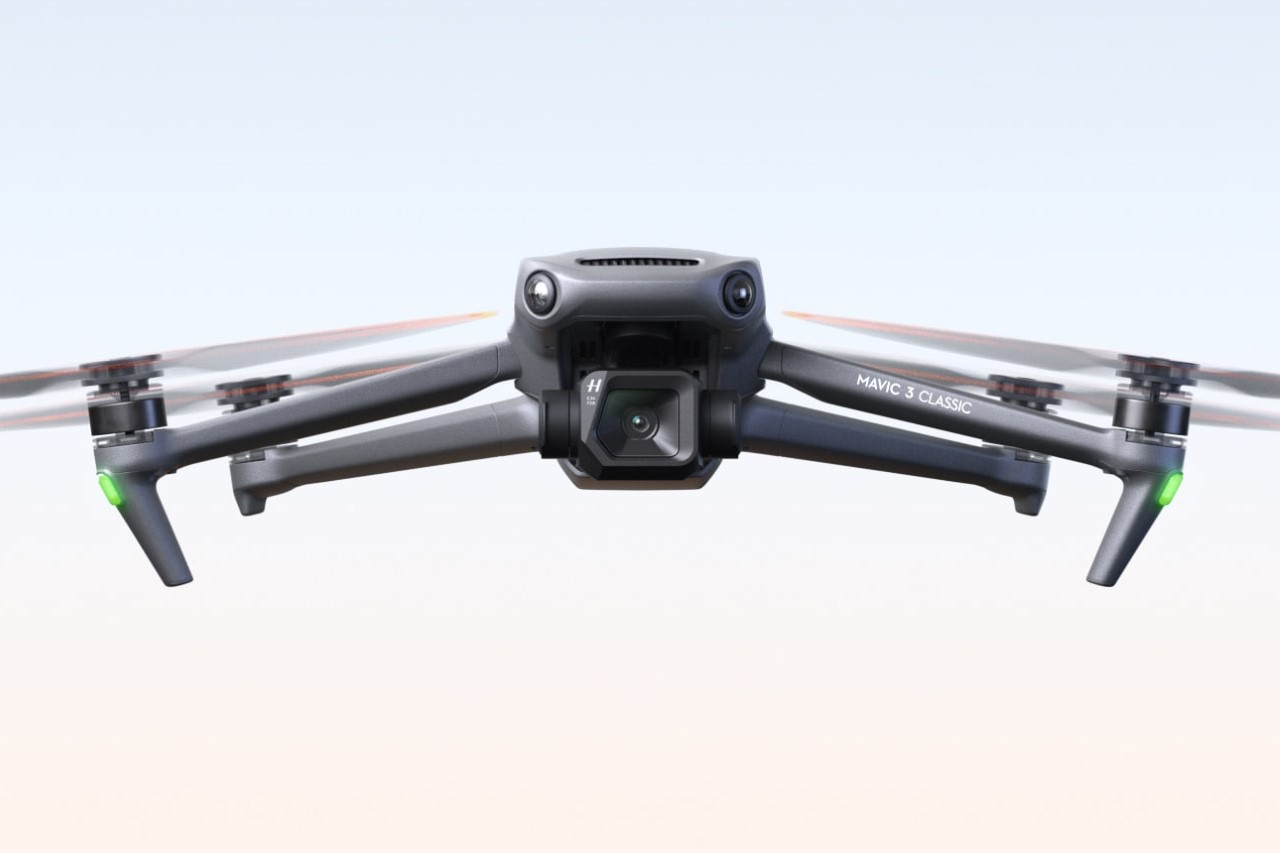 The Mavic 3 Classic also employs the same O3+ transmission standard for a 1080p/60fps live feed up to a range of 15 km (9.3 miles), with the ability to transmit captured footage over WiFi 6 to your smartphone as soon as the drone lands back on the ground. In addition to its standard features like subject tracking, the Mavic 3 Classic also comes with a new Cruise Control Mode that lets you set a speed and direction, allowing the drone to take control of its own flight so you don’t have to worry about manual controls. DJI also announced a new Night Shots Mode that lets you capture brilliant videos in low-light settings with reduced noise. 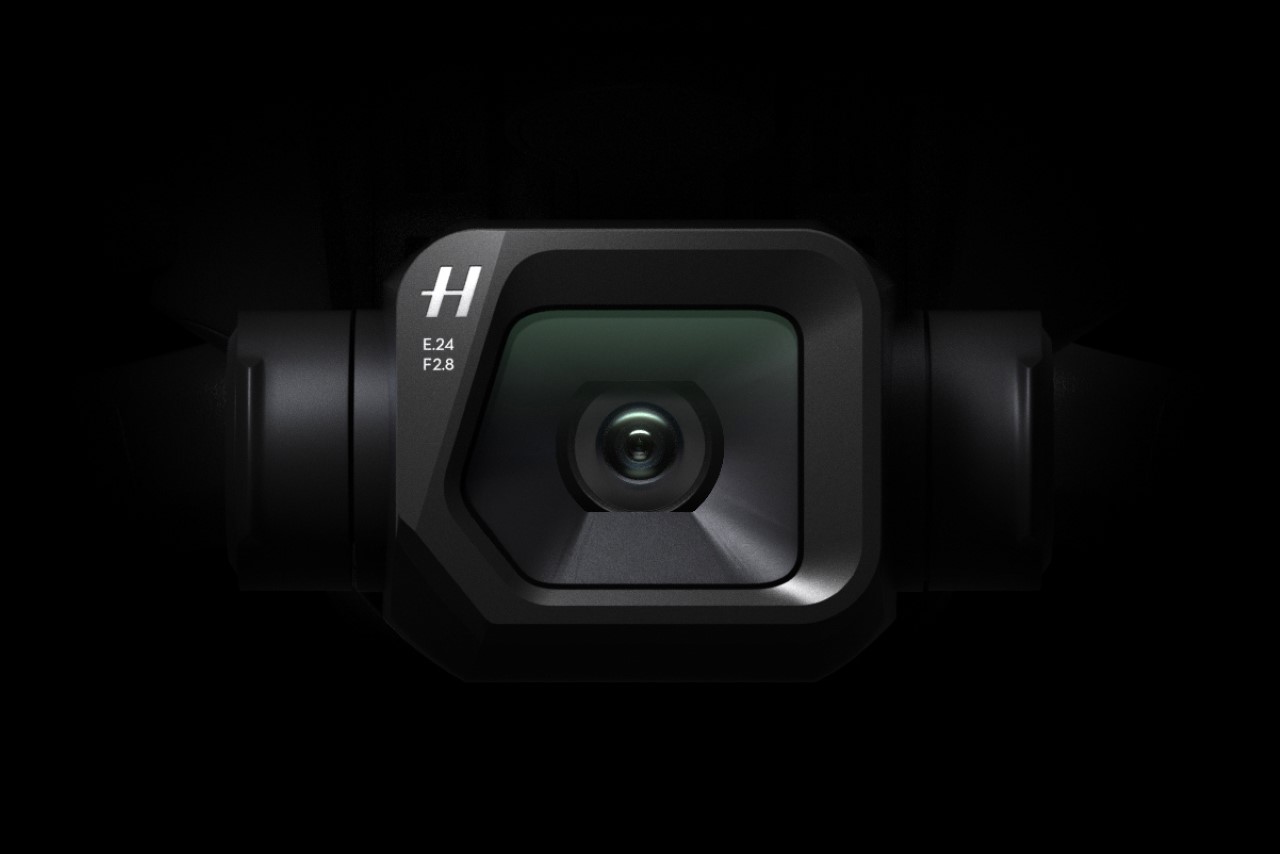 The Mavic 3 Classic starts at $1469 for just the drone, or $1599 for the drone with the RC-N1 controller. If you want the high-end controller with the 5.5-inch built-in display and the DJI Fly App pre-installed, the bundle will cost you $1749. 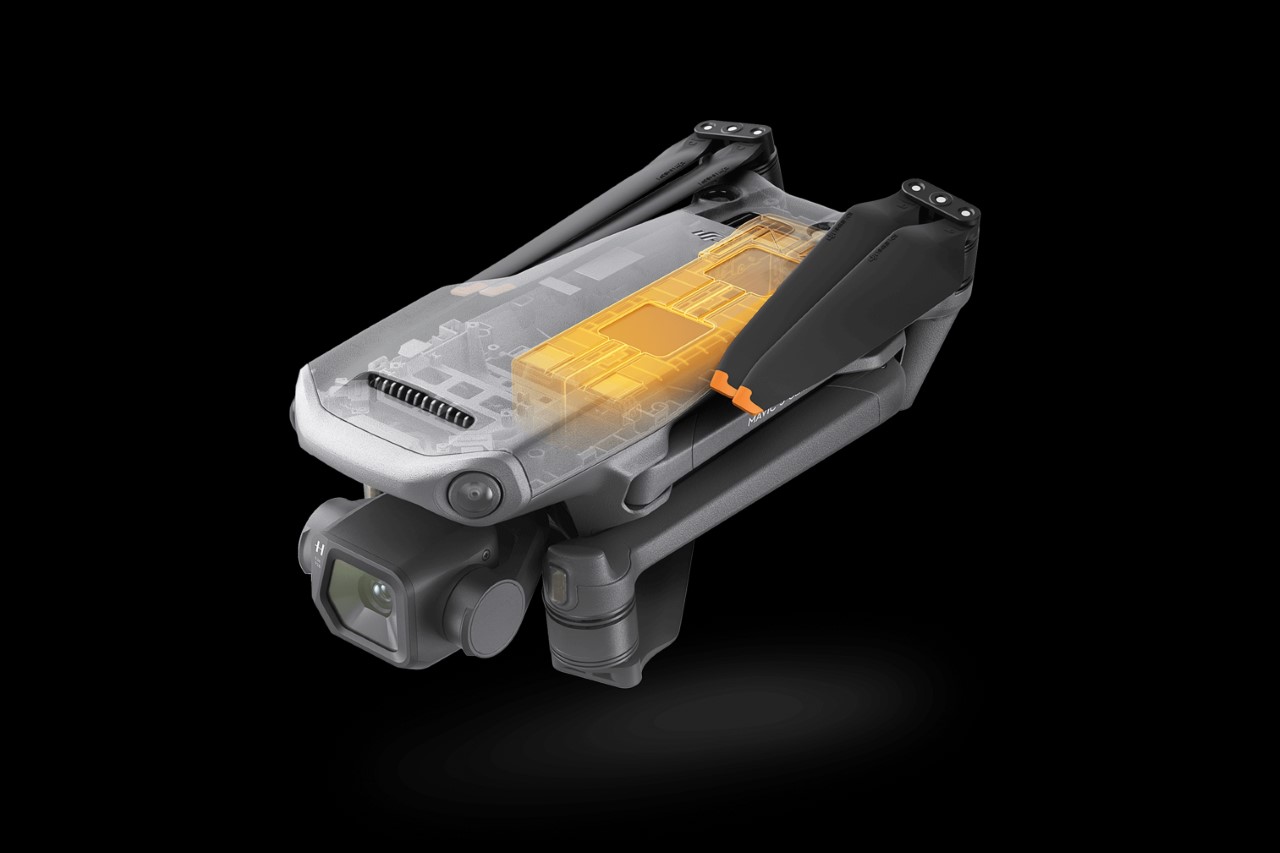