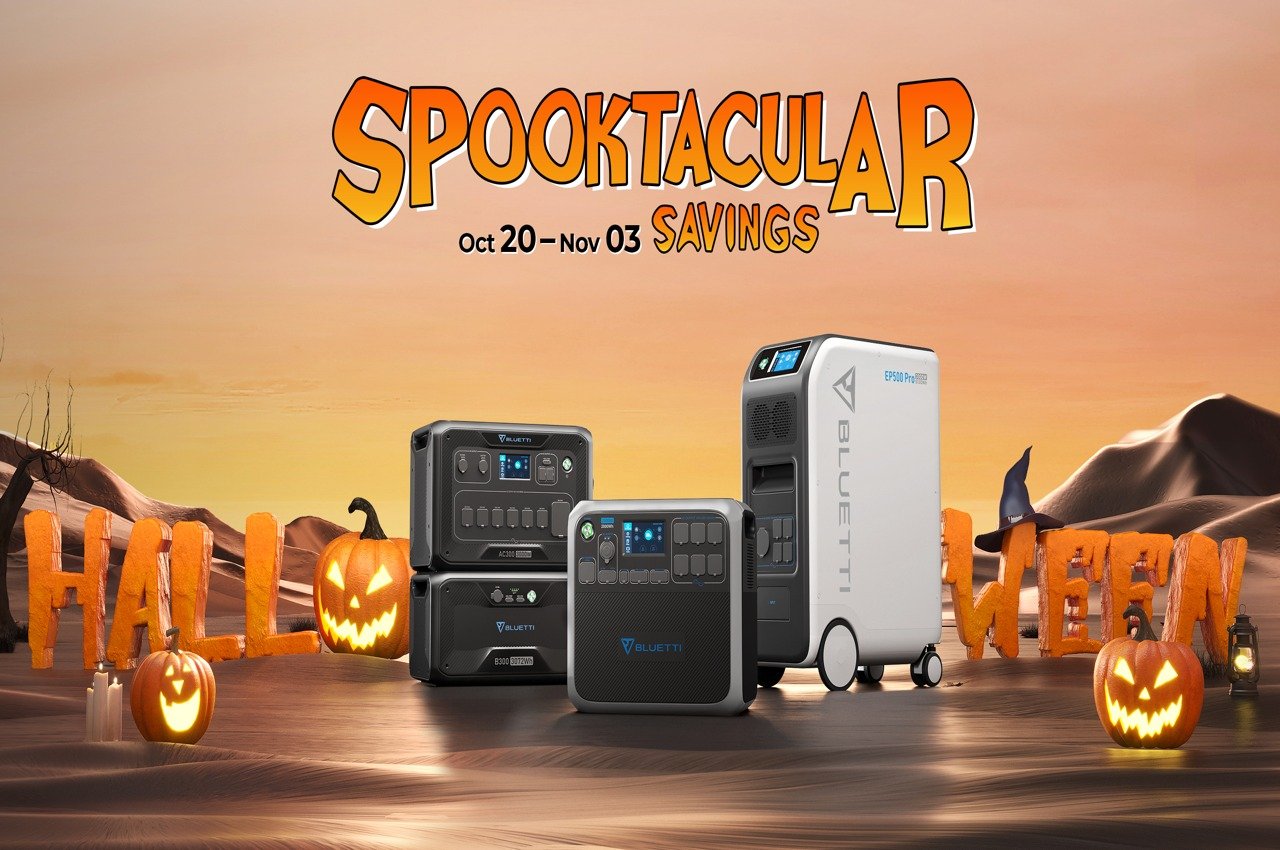 Sure, Halloween is all about embracing everything scary… but living with power cuts isn’t entirely the ideal way to celebrate the spooky Halloween spirit! BLUETTI is offering up to $700 discounts and $300 freebies this Halloween on their power stations. Designed to give you energy independence no matter where you are, BLUETTI’s series of power stations are portable, powerful, and can run on renewable energy too, letting you hook solar panels for complete off-grid living! 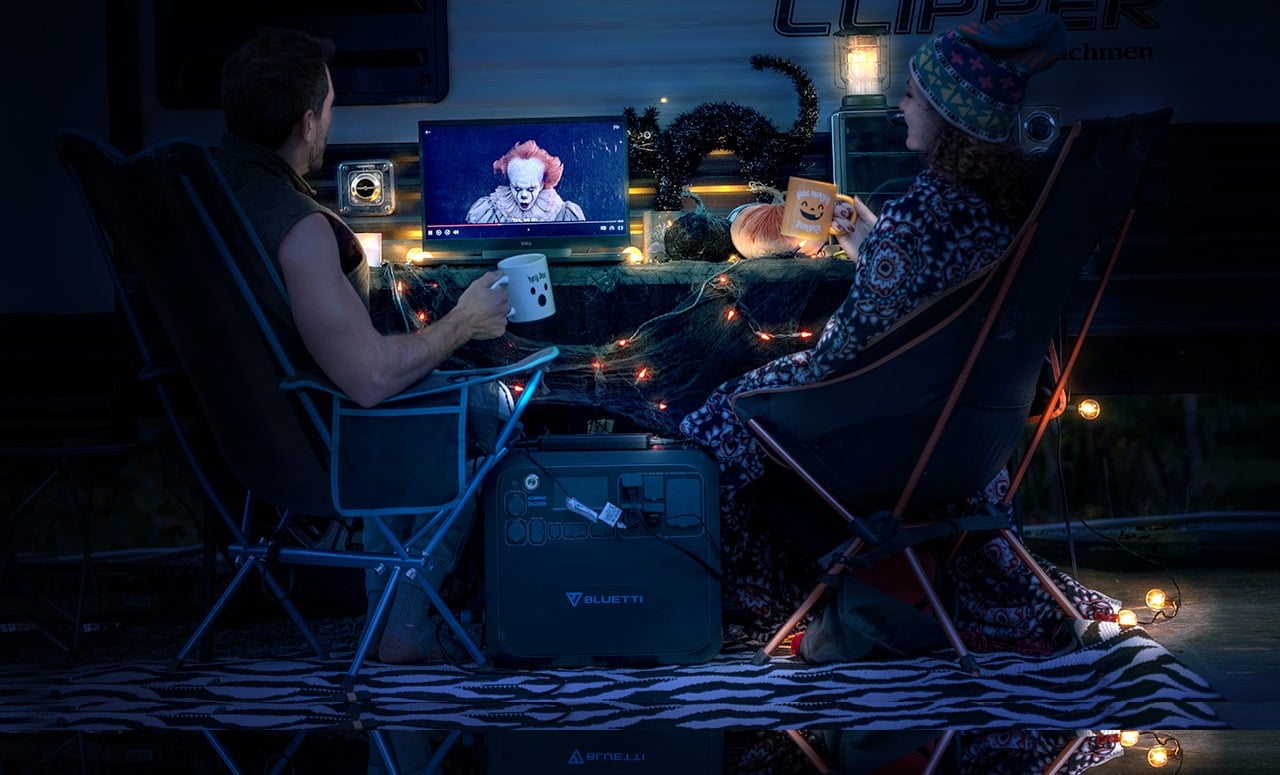 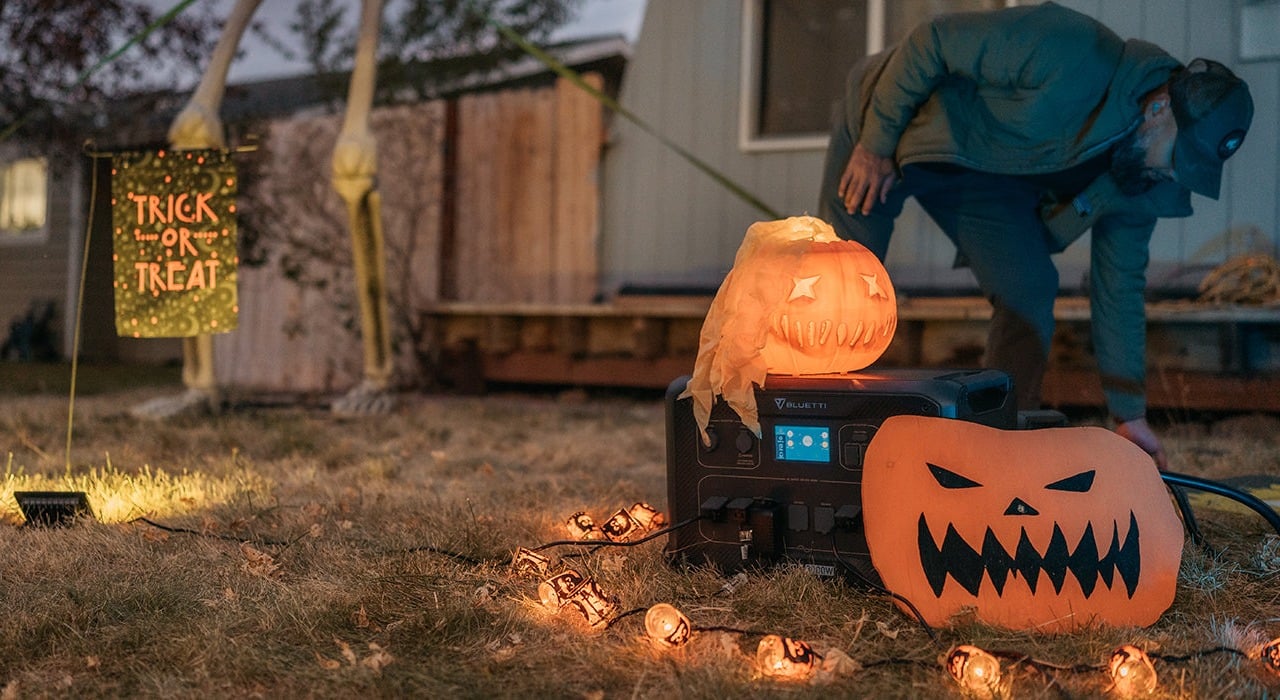 BLUETTI’s special Halloween Deals are applicable on power generators, batteries and solar panels from this October 20th all the way to November 5th. Read more to know about which power generator/station is the best for your home and outdoor needs: 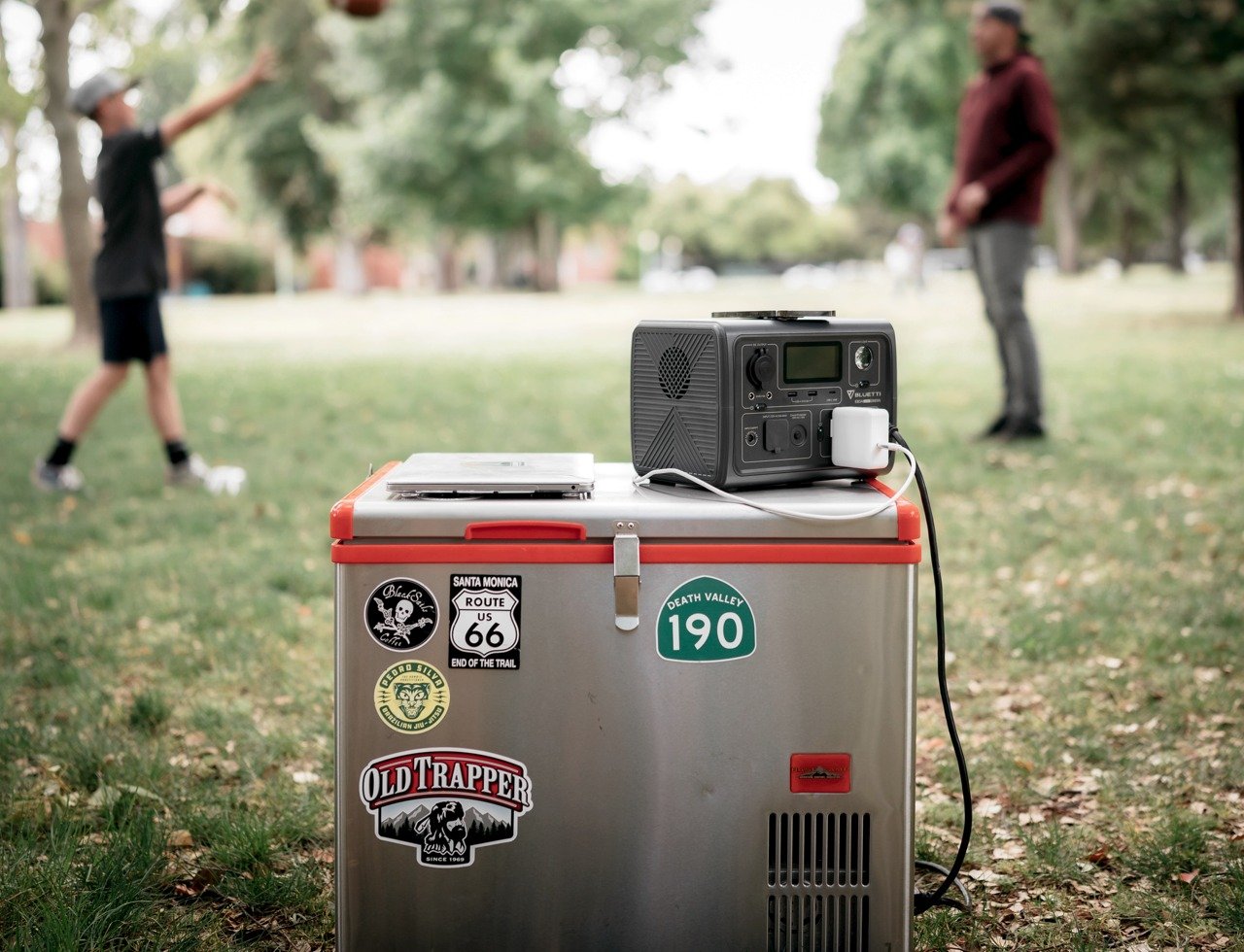 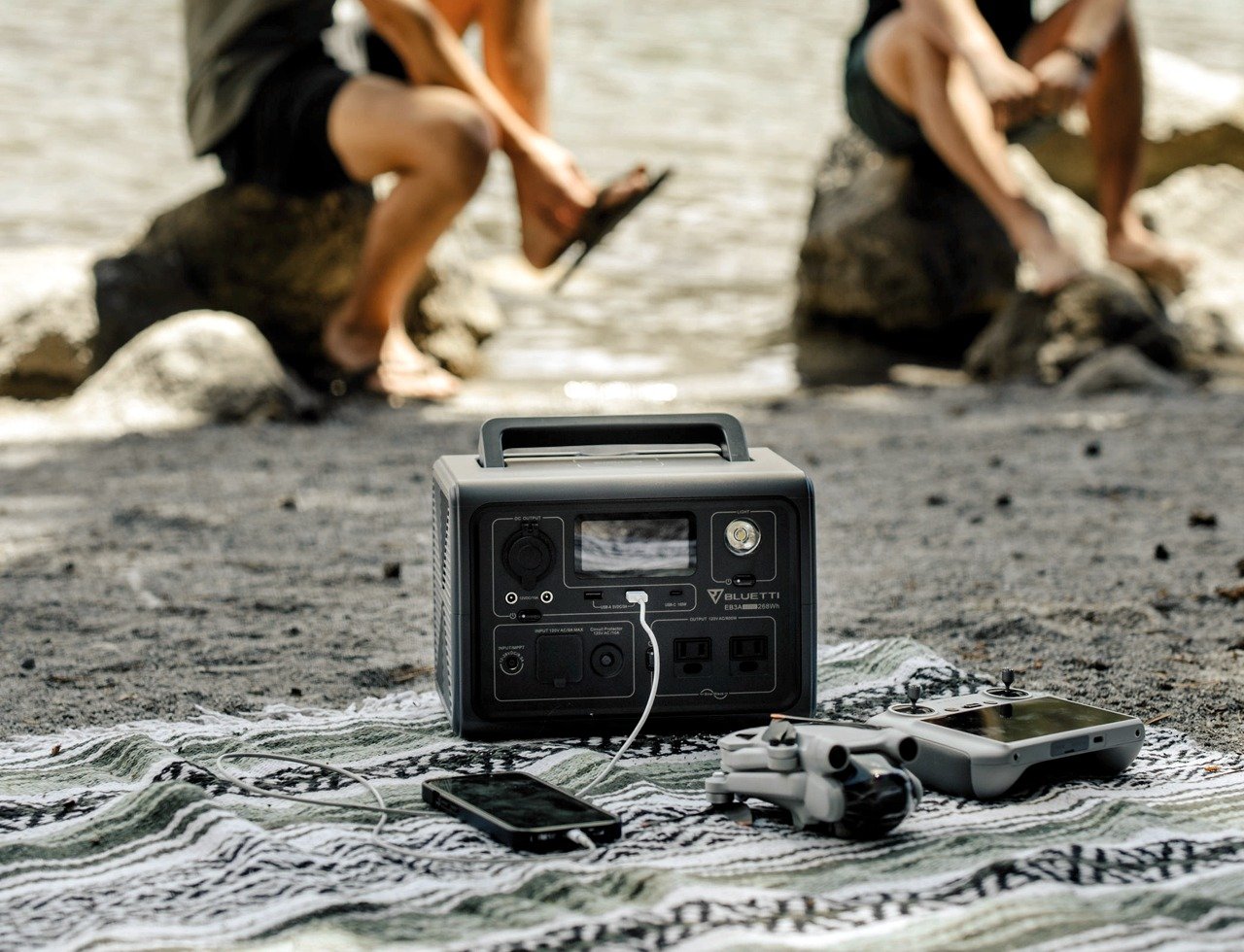 Initially announced this year at CES 2022, the EB3A from BLUETTI is a portable power station that can literally charge your car if you wanted. The best part? It weighs 10 pounds and can recharge via solar power, giving you the ability to reclaim your energy independence (and possibly cut your electricity bills too). Designed to be no larger than your average beer cooler, the EB3A is a portable powerhouse that gives you off-the-grid energy whenever you need. Armed on the inside with a battery capable of 268Wh and a 600W pure sine-wave inverter to securely charge your gadgets, the EB3A allows you to power more common objects like your phone and AirPods, but also fast-charge much larger devices like your laptop, lawnmower, electric grill, heck, even your car. It’s the perfect equipment to carry on outdoor camping trips but is equally practical to have at home during power cuts, emergencies, or unforeseen disasters. 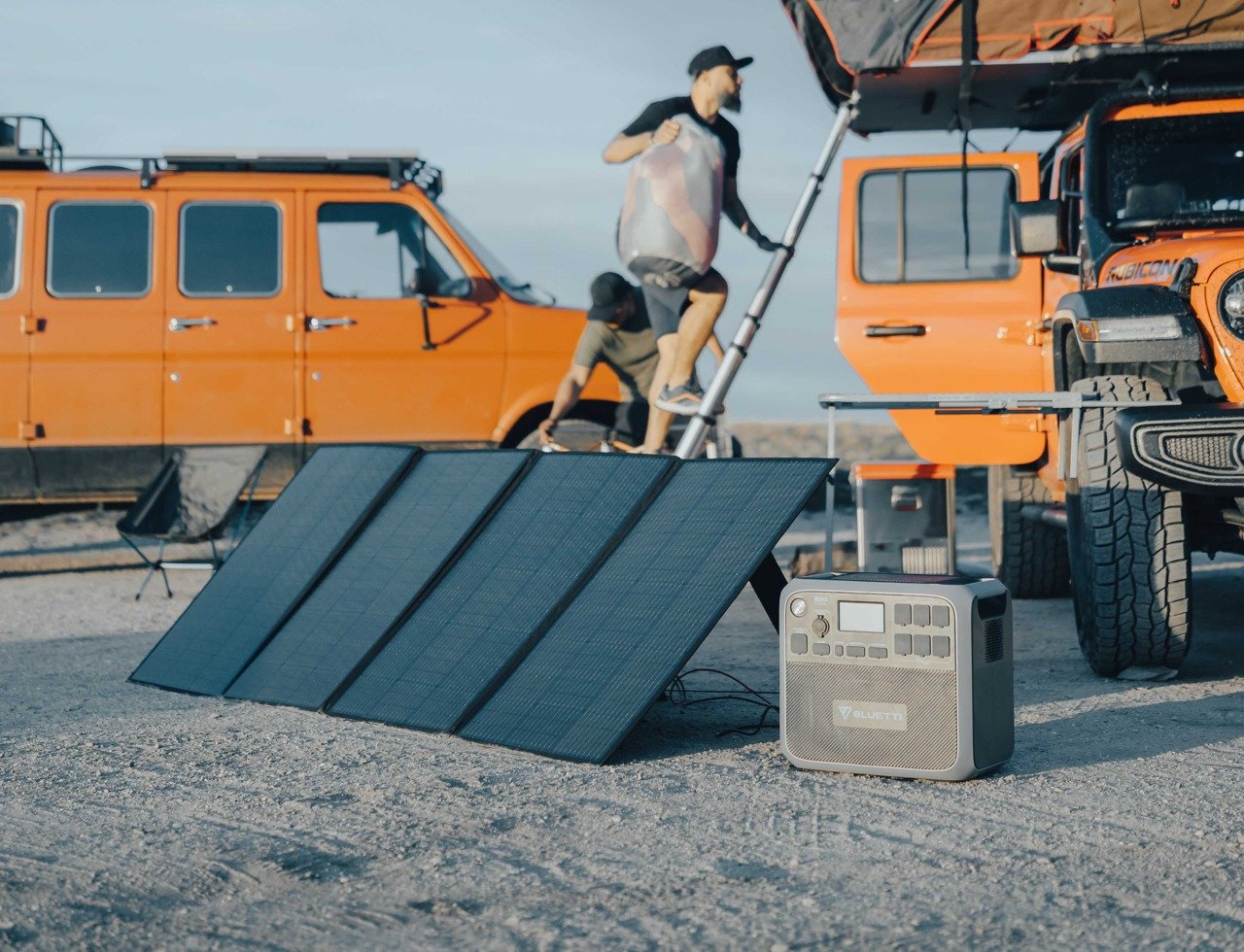 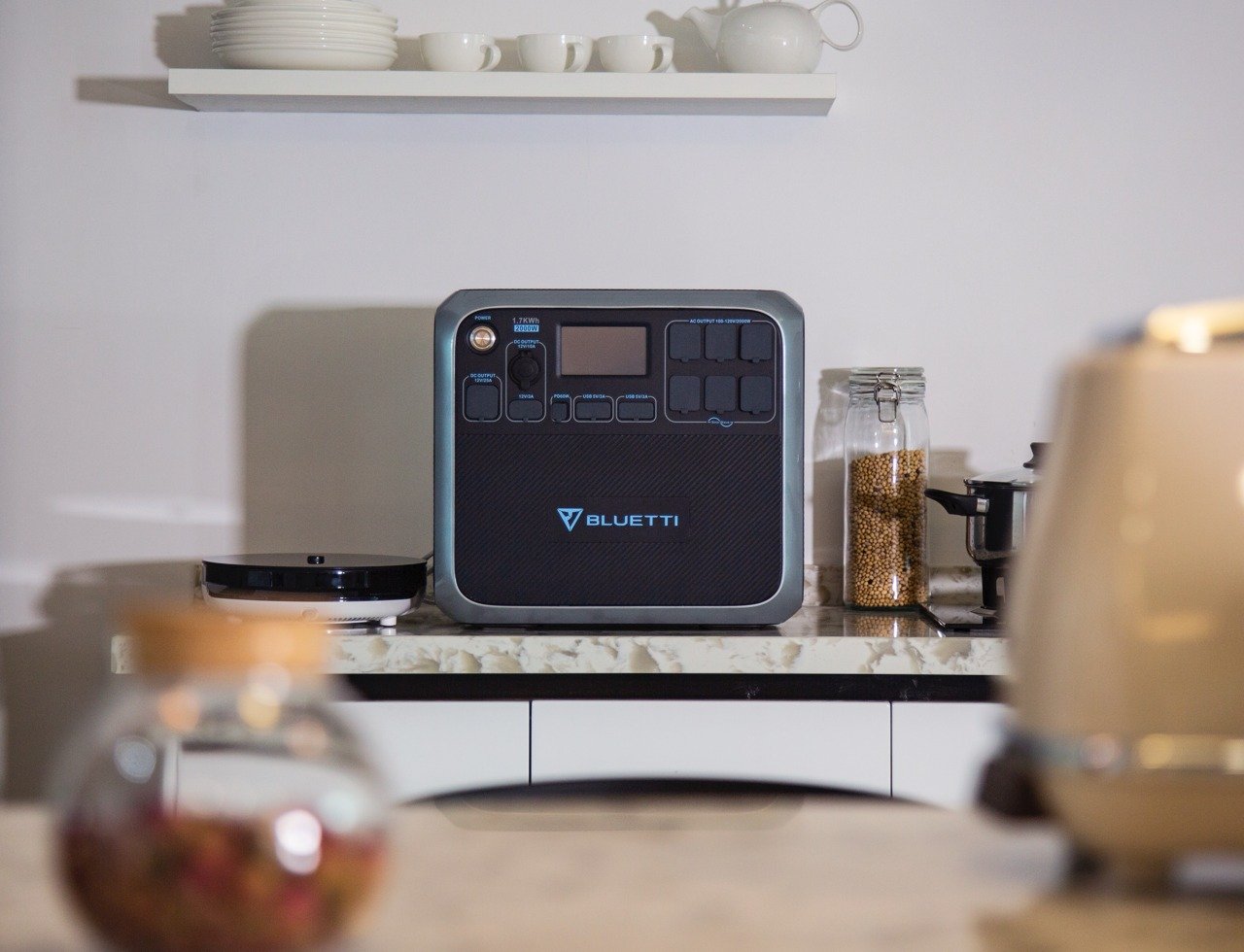 The AC200P pushes things up a few notches with a 2000W inverter and a 2000Wh LiFePO4 battery. It comes with as many as 17 different outlets to keep your home and life running, including not one, but TWO wireless charging zones to juice your phone along with your partner’s, or a pair of AirPods. You don’t have to stop using one outlet to use another either… the AC200P can handle powering up to 13 devices simultaneously! It supports 7 methods of charging (including via solar panels) and can run even your heavy-duty indoor/outdoor appliances like Blenders, Ice coolers, Radios, Projectors, and more. In the event of an unexpected blackout, the AC200P is also perfect as a home backup system, especially in areas with unstable voltage. 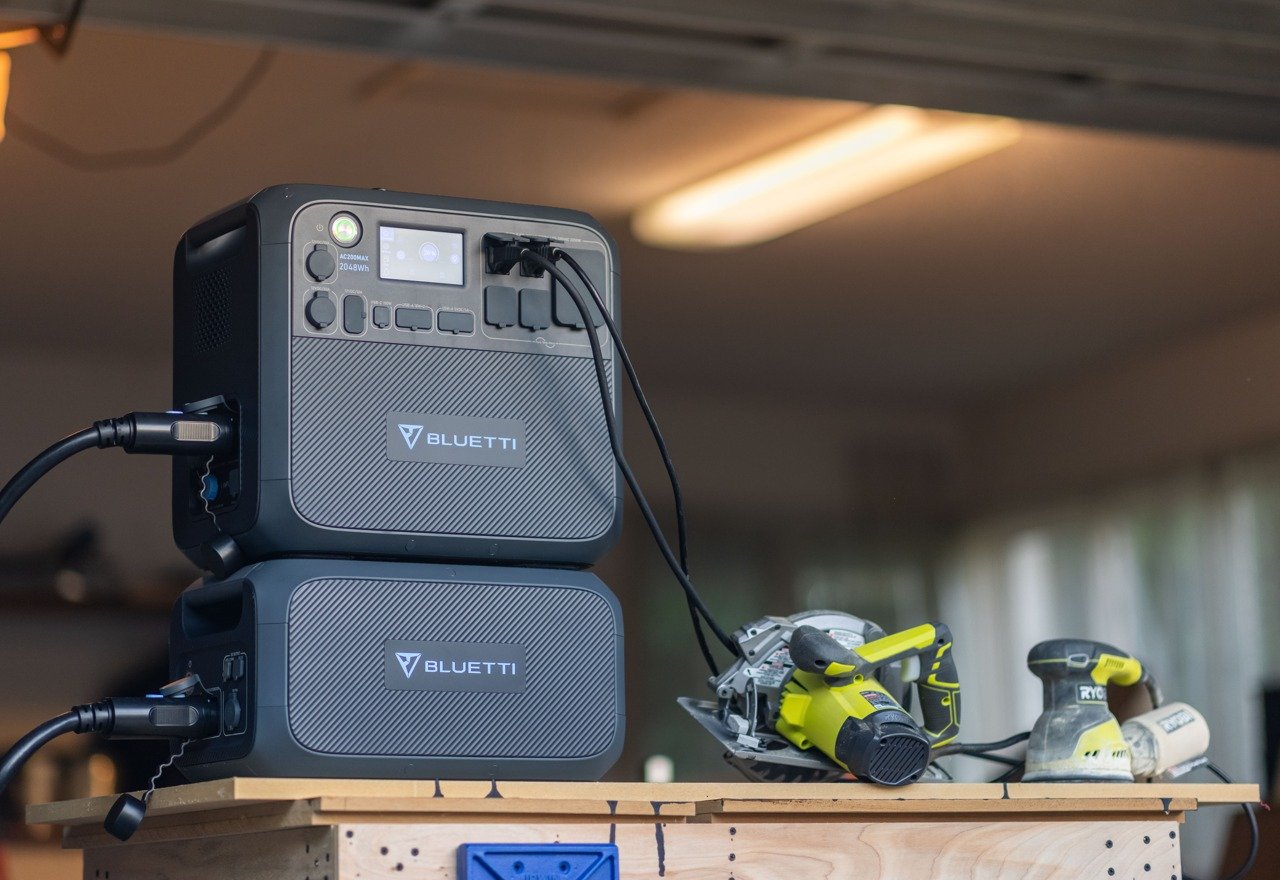 The AC200MAX just takes its predecessor’s specs and pushes them a bit further to deliver more power and versatility. It comes armed with a 2048Wh LiFePO4 battery and a 2200W output, and sports up to 16 outlets as opposed to the AC200P’s 13. You can even hook up to 2 battery modules to it, or connect it to a solar panel for off-grid power, and carry it around on your camping trips or hook it to your home mains for powering appliances during power outages.

See also  This $49 smart robot can automatically open and close blinds, making it a pretty neat gift this Holiday Season 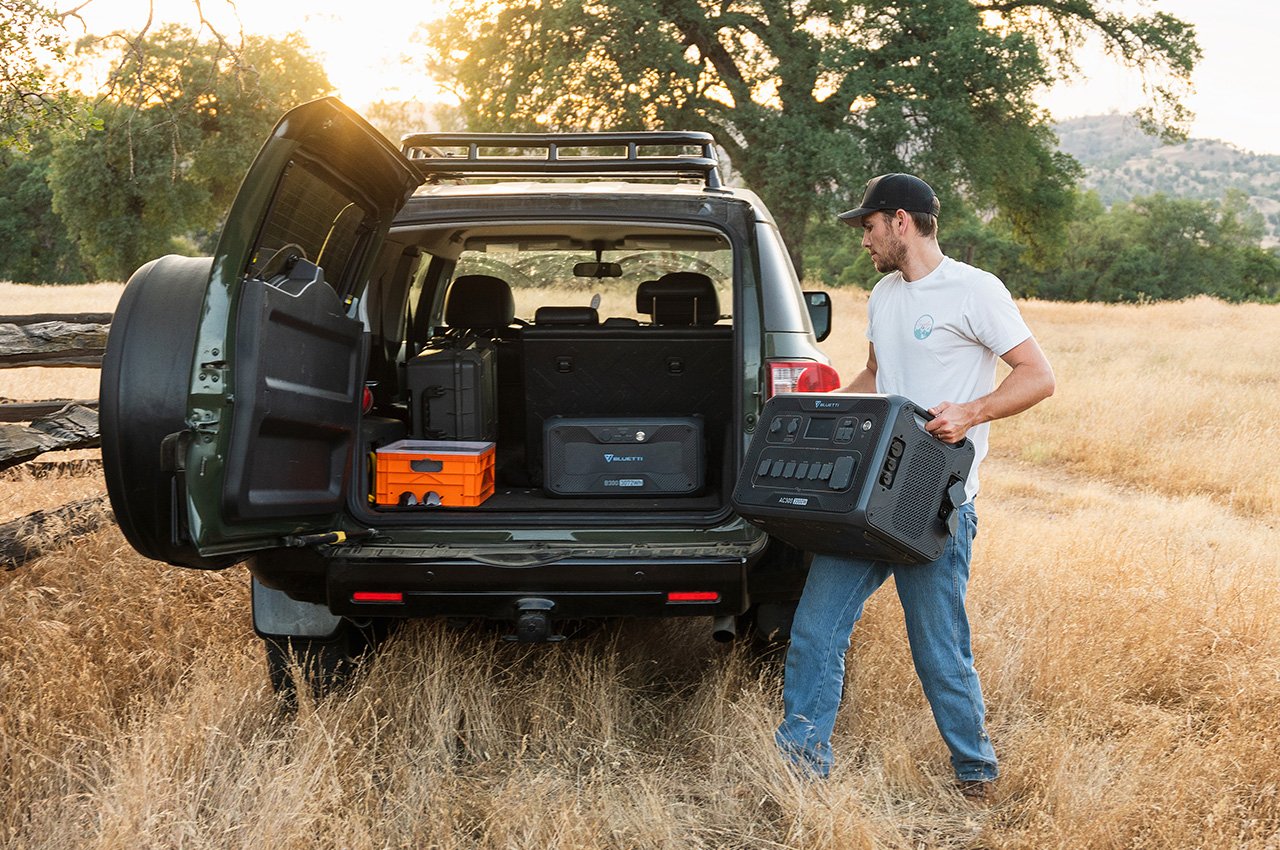 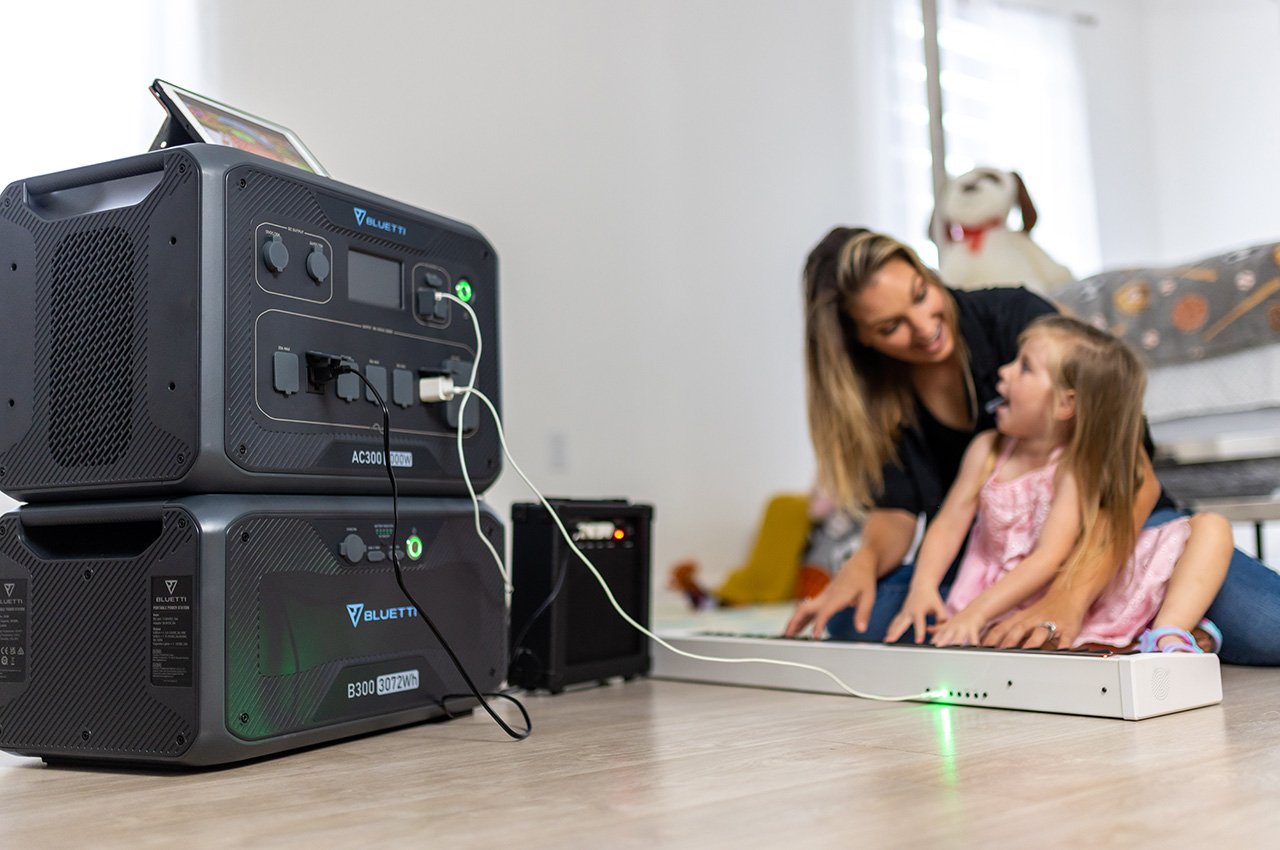 The AC300 is BLUETTI’s first modular power station with the ability to be expanded by adding more batteries or even an additional power station to double your output. It comes with the B300 battery as a combo, giving you essentially the perfect starter kit to build out your own power station. You can add more batteries if you want longer run times, or hook up a secondary AC300 to your existing setup to double your output and power larger (and more) appliances across your house. The AC300 features a 3000W AC pure sine wave inverter with 16 outlets, while its accompanying battery B300 holds up 3072Wh power. You can also hook solar panels to this setup, giving you energy independence with zero compromises on power consumption! 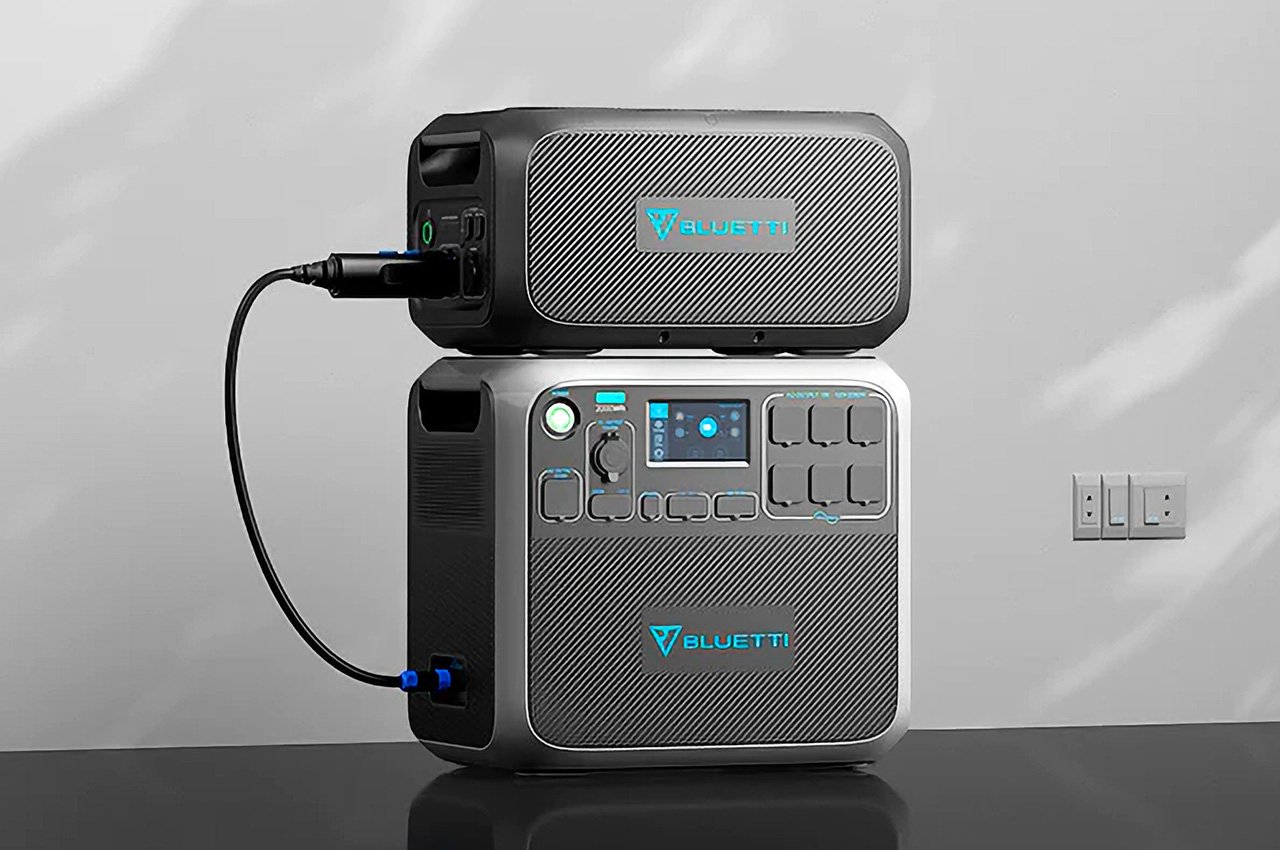 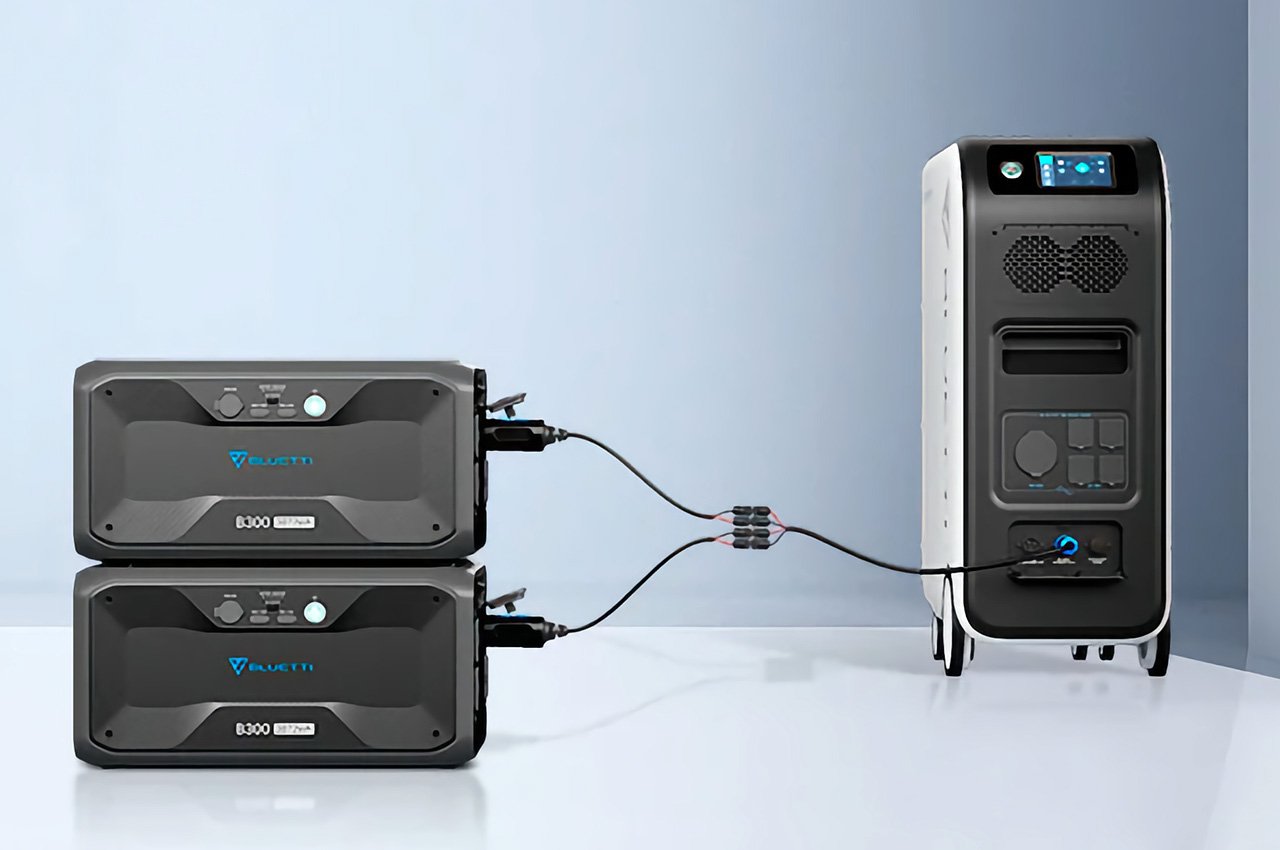 See also  This skeleton pocket watch is not just a watch, it’s a landscape horological work of art 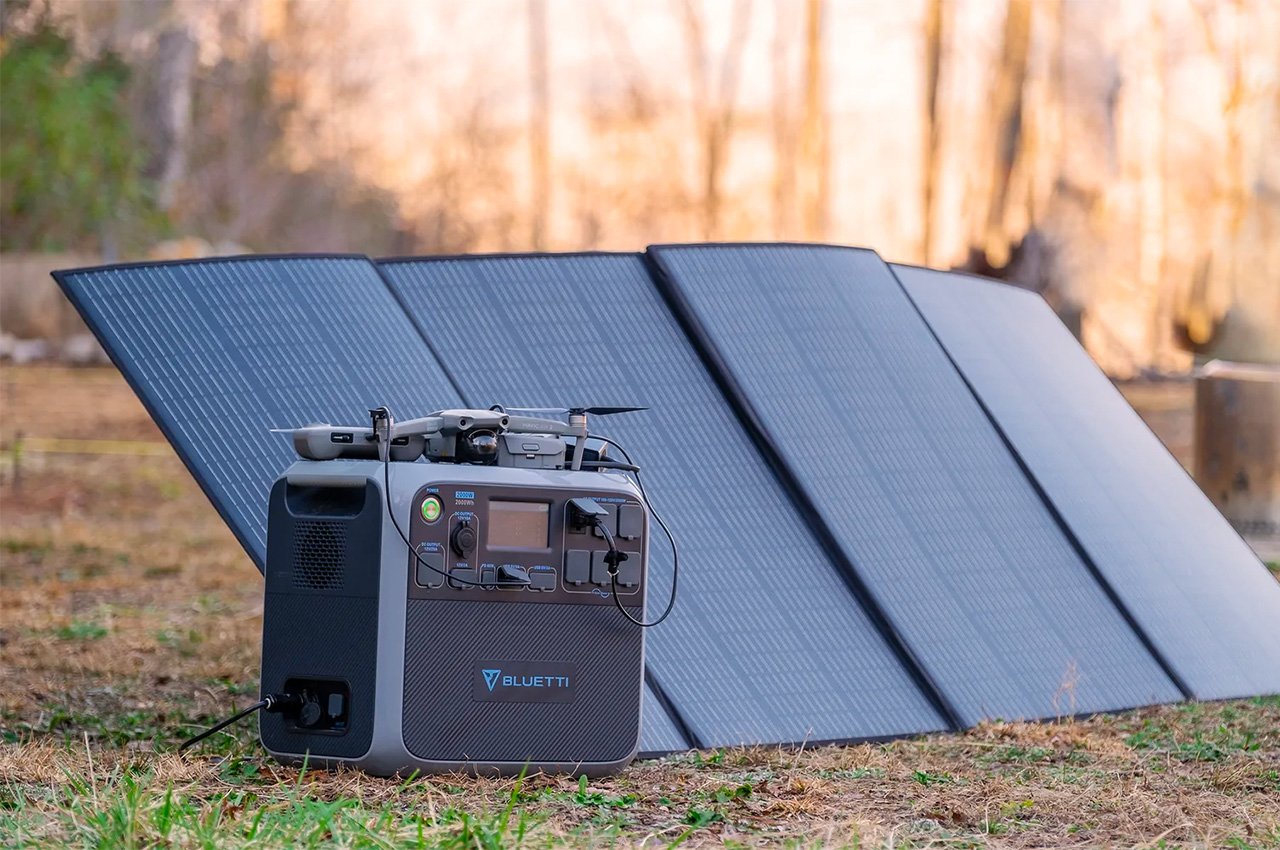 BLUETTI’s panels are made from monocrystalline cells that boast up to 23.4% efficiency. Surfaced with ETFE material and equipped with IP65 junction box, they are designed to withstand any scratches and can easily tolerate water splashes and rainfall. The fold-and-go design makes them easy to store or transport. The PV350 is compatible with the BLUETTI AC200P, AC200MAX, AC300, EP500, EP500PRO, EB240, and EB150 power stations. 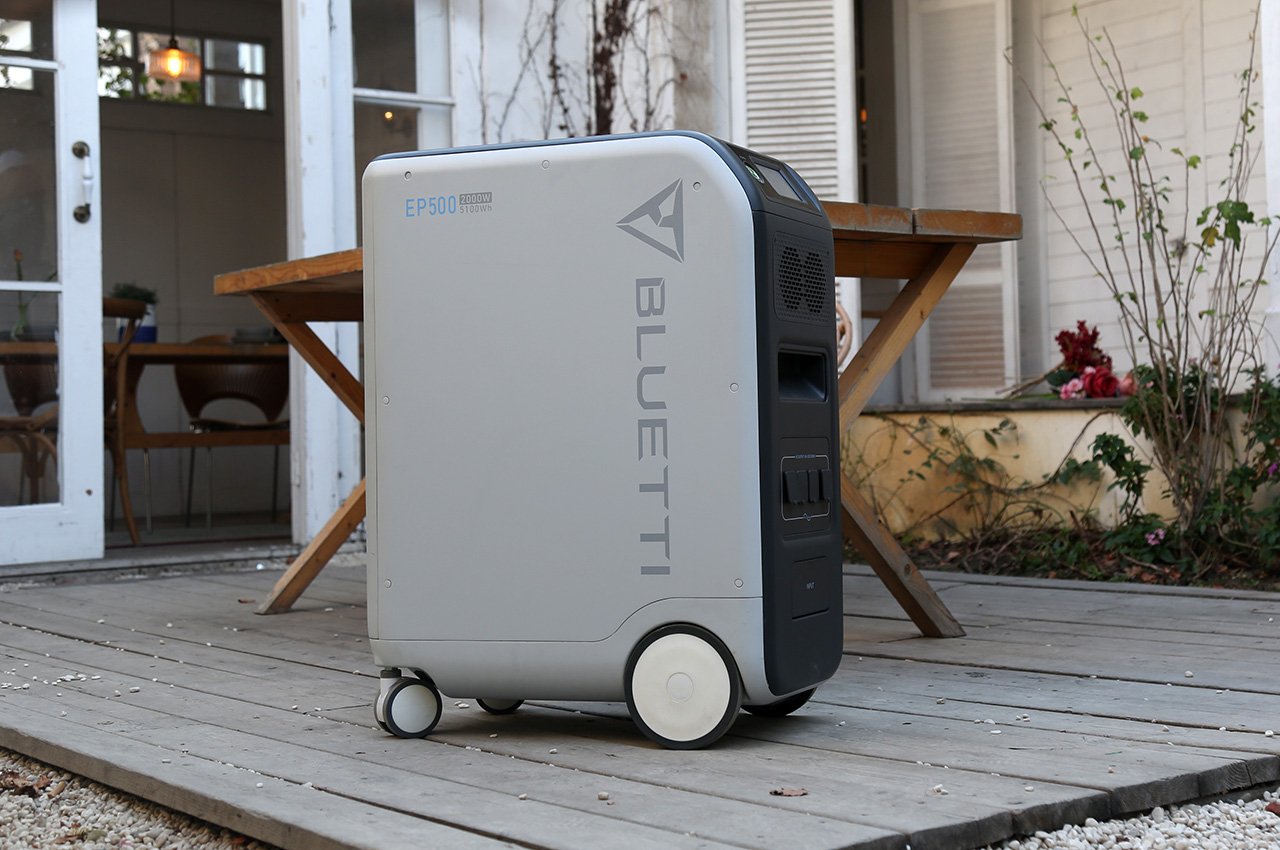 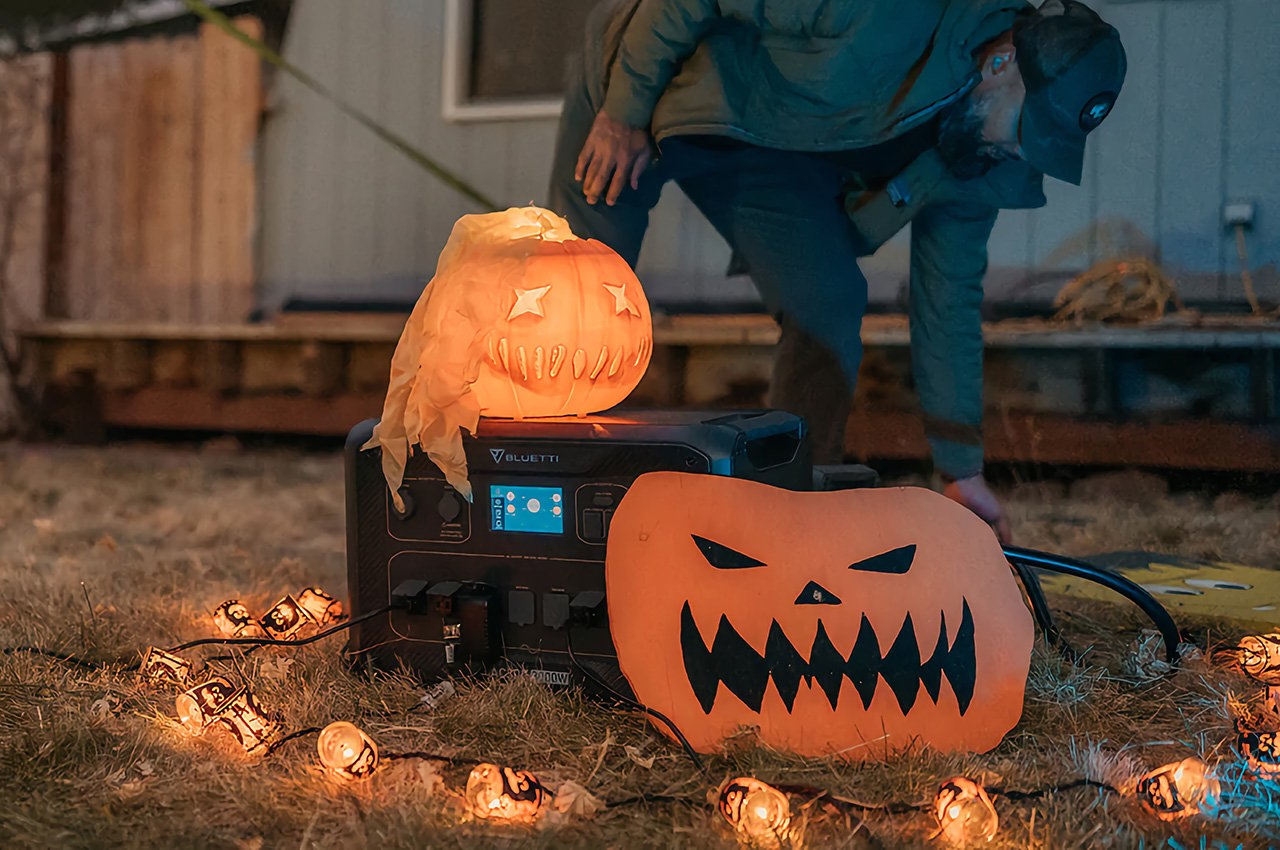 Head to BLUETTI’s website to get the best deals and set up your home and camping power grids so you’re never left without power during blizzards, inclement weather, or those pesky polar vortexes!